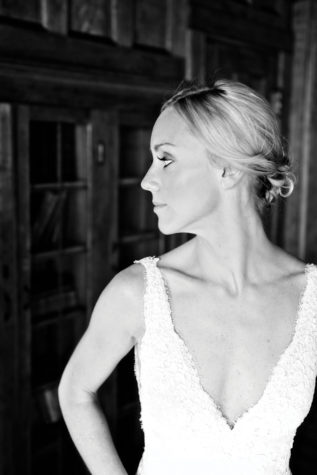 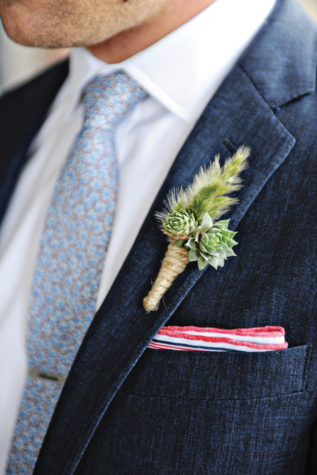 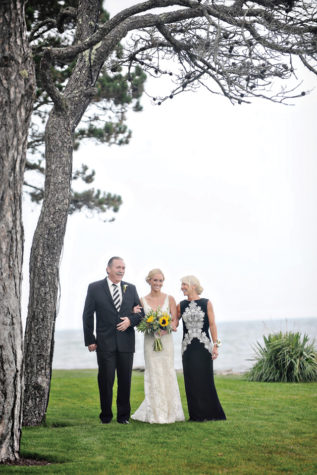 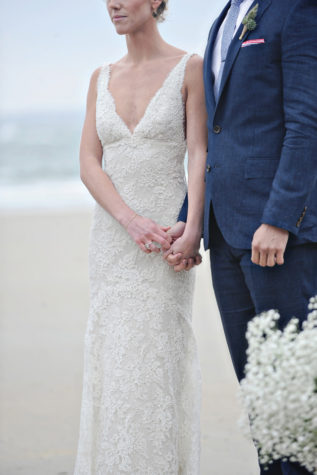 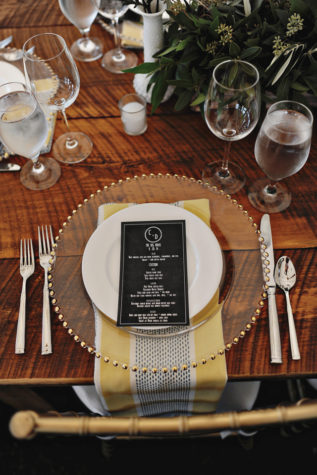 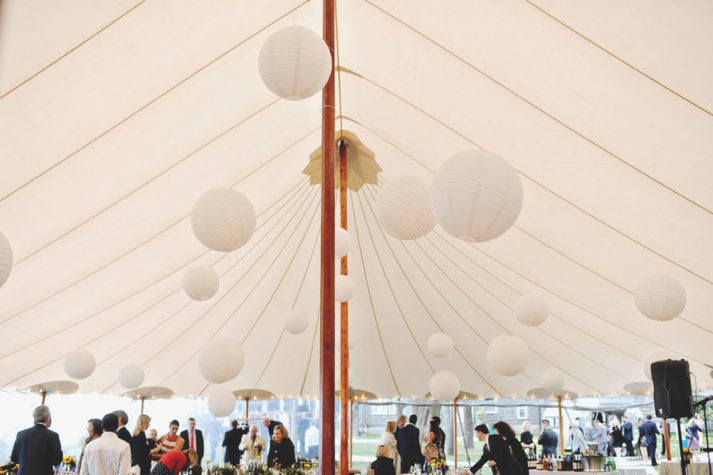 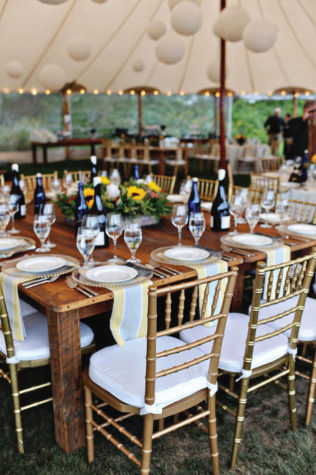 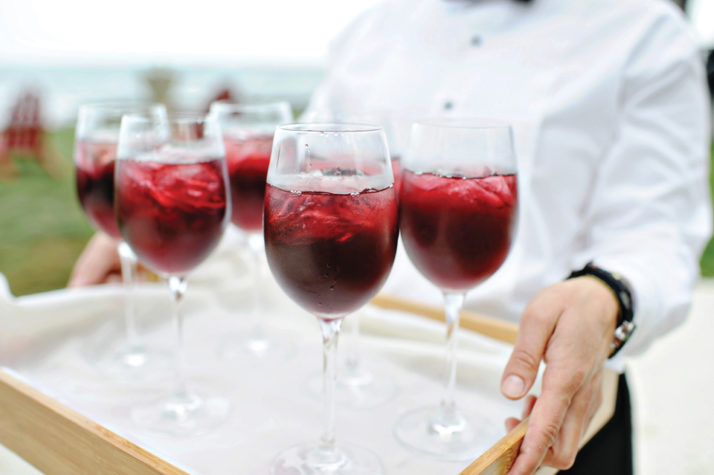 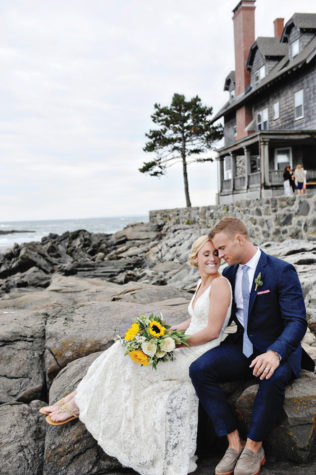 Dustin and Courtney met when their companies merged. The relationship started off as a friendship, and when Courtney took a job opportunity in Boston, they realized their relationship meant a lot more to them. A year later, Dustin relocated to Boston and they began their life together in New England. Parsons Beach in Kennebunk became a favorite weekend getaway for the couple. A few summers later, as they spread out on their beach towels, Dustin presented Courtney with a ring. It was only fitting that the two tied the knot on the sand of Parsons Beach.

“What made our wedding special was how intimate it was. We were lucky to get married right on Parsons Beach, the same place we got engaged and spent many lazy beach days throughout our relationship,” says Courtney.

BRIDE’S HAIRPIECE: Courtney wore Monique Lhuillier and a hairpiece that incorporated lace from her mother’s veil from her parents’ wedding in 1976.

DECOR: Given the natural beauty and environment of the Big House, the focus was on keeping the decor simple but elegant, and very in-tune with the natural surroundings.

MUSIC: The Sultans of Swing played music that had the whole crowd dancing. One highlight was when a friend, Julie, graced the stage to sing her version of “Proud Mary.”