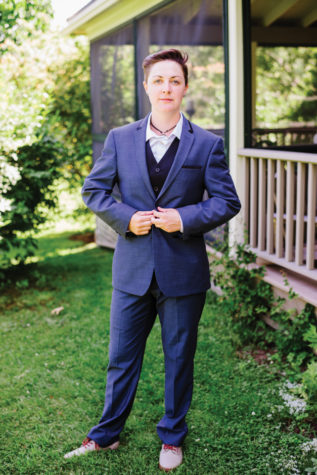 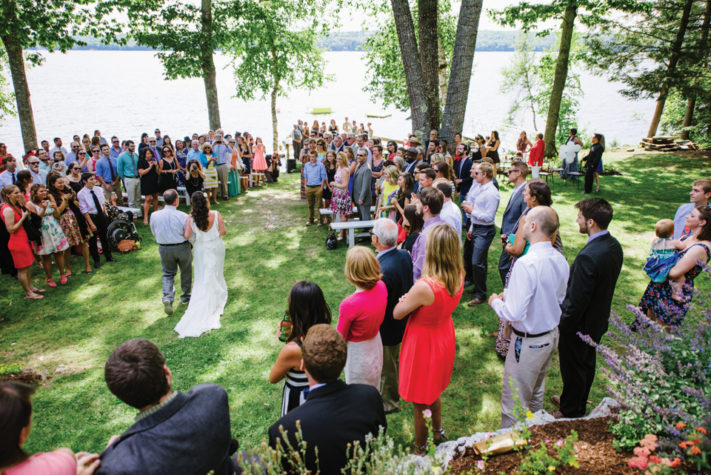 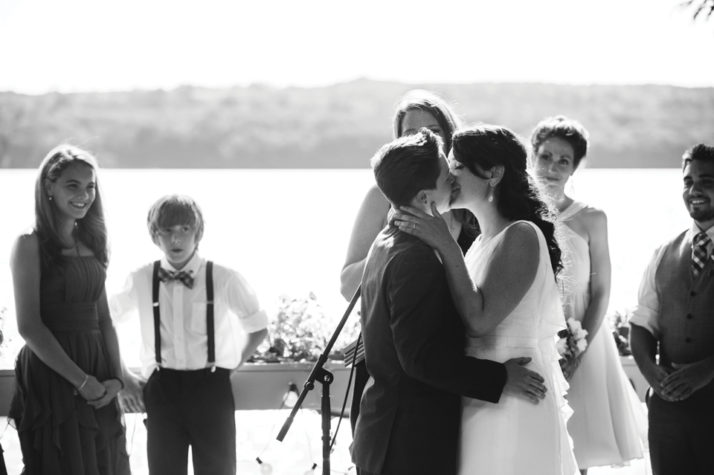 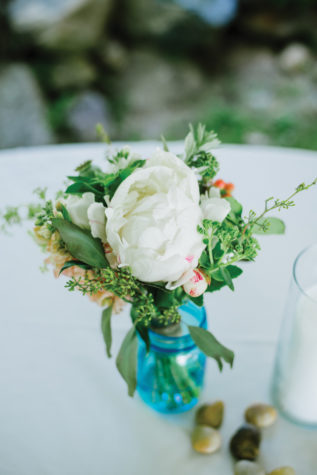 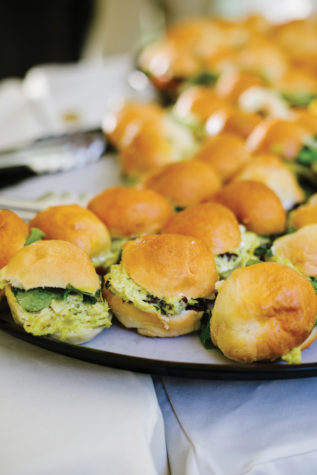 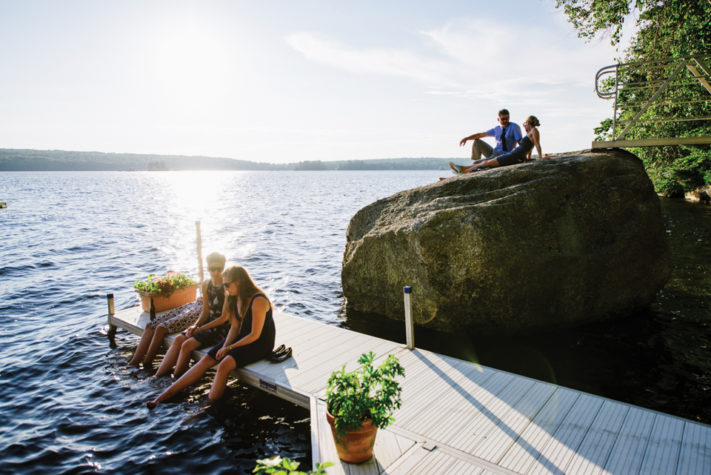 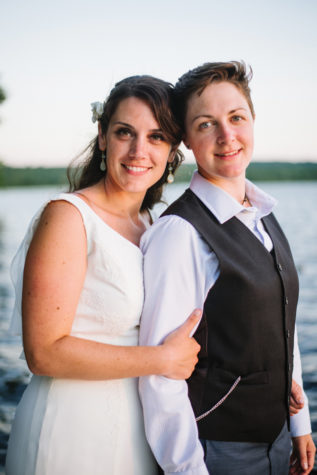 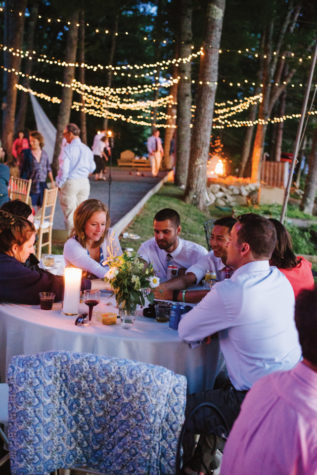 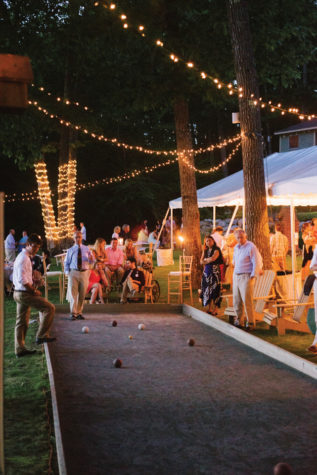 Kate and Emily met at the Smith College School for Social Work. There was a game of cards under a gazebo as rain drizzled down around them. Addie, a close friend and Emily’s “best man,” remembers Emily returning to the dorms afterwards on cloud nine. Four years later the couple celebrated their anniversary in a coastal setting and during sunset they sat in two Adirondack chairs facing the receding tide under another gazebo. “I took her open palm into mine and folded a ring into her hand, and asked her to marry me,” says Emily. They married on a summer day at a family home overlooking Alamoosook Lake in Orland.

“We wanted something that represented our love and personalities: simple, beautiful, comfortable, fun, and full of dancing.”

HATS: Knowing Emily’s passion for hats, Kate’s dad gathered 100 hats from a secondhand store, washed each one, carried them to Maine for the wedding, and stored them secretly under the DJ’s table on the night of the wedding. Later in the reception, during the song “Happy” by Pharrell Williams, the hats were revealed to Kate, Emily, and all the guests, who had fun dancing with them.

DESSERT: Emily’s aunt and uncle, Mark and Kelly Sawyer, who own the lakeside home, also run MarKel’s Bakehouse in Castine. They provided classic chocolate whoopie pies for all the guests.