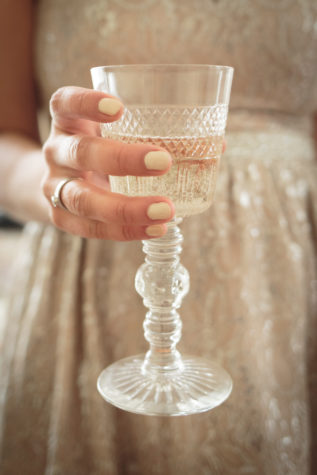 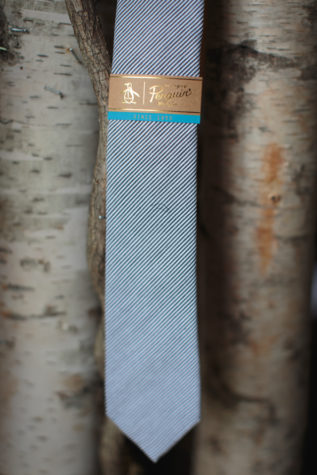 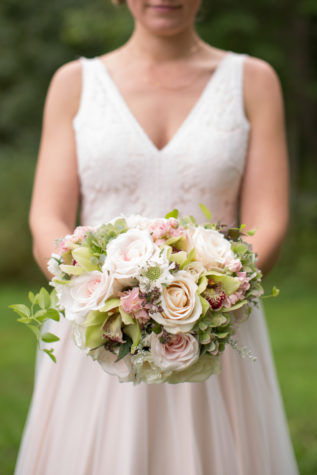 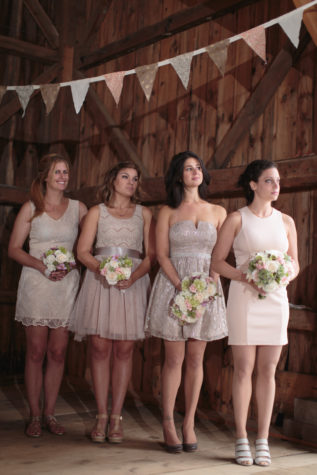 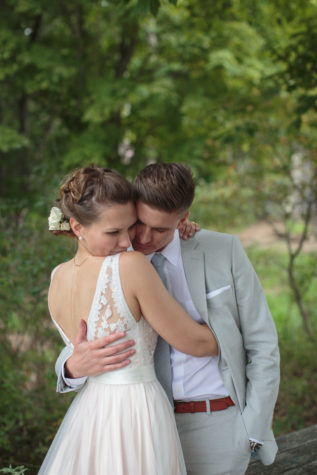 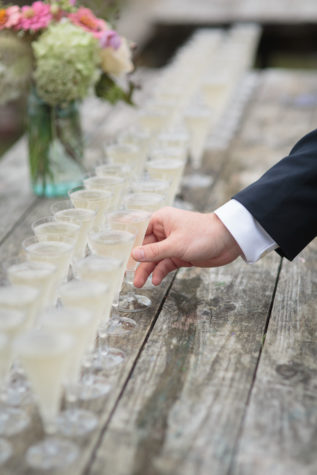 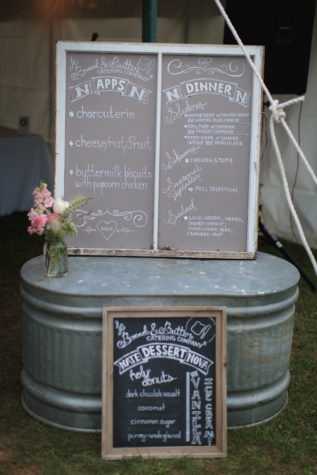 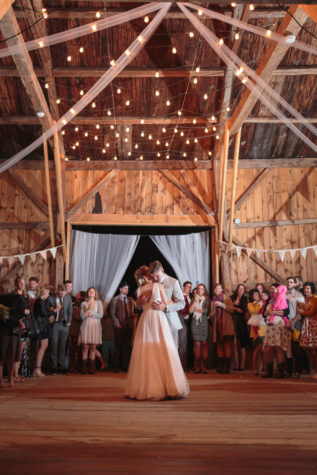 When Nate was living in Brooklyn, New York, Nova was living in Portland with a roommate who happened to be Nate’s best friend. “Every time Nate came for a visit, we got to know each other a little better,” says Nova. They casually kept in touch, until one day Nova received a text from Nate saying he was moving back to Maine the next day, and did she want to get dinner? On a very cold and cloudy Monday in April, Nova was walking with their dog Baloo on the promenade. Nate met her and got down on one knee. “She just started screaming, ‘Right now? You’re doing it right now?’ I think she imagined she would at least have had her nails done when I proposed. She definitely did not think she’d be bundled in a big baggy sweater and a Carhartt beanie. She got down on her knees with me and started kissing me—our knees were in the mud, our dog was in the mud—it was perfect,” says Nate.

“My favorite memory was holding my wife’s hand as we left the ceremony with an enormous smile. We didn’t join the festivities immediately. We walked to another room, just the two of us, and just shouted, ‘Yeah!’ I had just married the greatest person I’ve ever known,” says Nate.

DECOR: “We figured our guests and the food would be the color in the space,” says Nova. So they went with simple: bamboo place settings and pieces of ivory lace from Nova’s grandmother. The bridal party created the bunting, making use of fabrics from Nova’s closet, including old pillowcases, old clothes, and some new fabric.

GIFTS: Nova engraved “For my husband” and the date on a watch, and Nate bought Nova sunglasses for their honeymoon. Nova made her bridesmaids’ necklaces using pieces of her old jewelry.

RECEPTION: “When it came time for those who wanted to share a few words we were absolutely blown away. Our best guess is that 15 people got up to the mic and spoke. It was truly beautiful.”