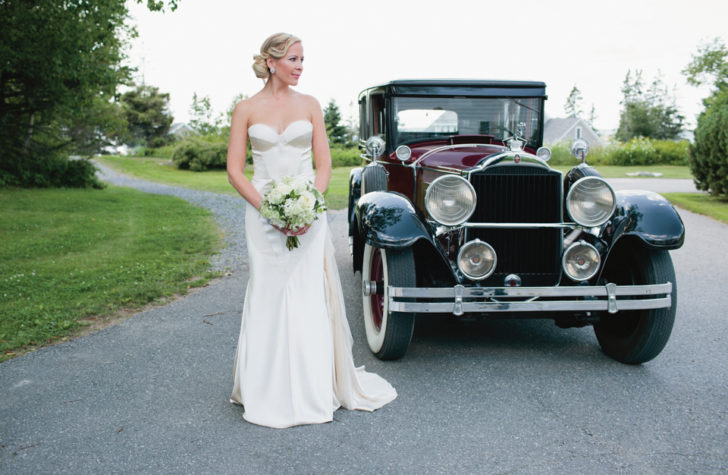 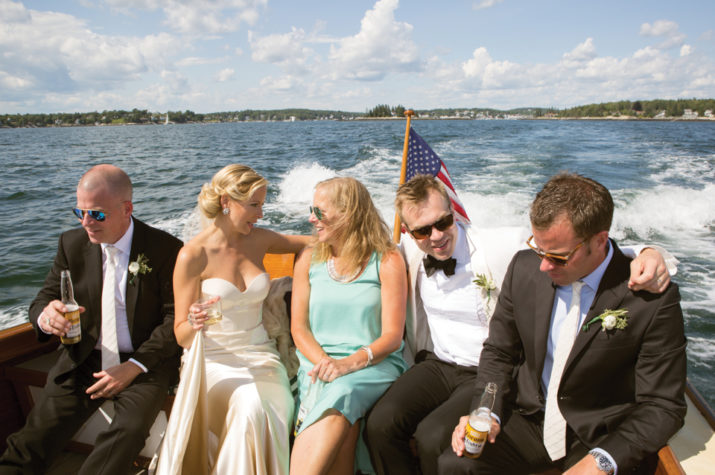 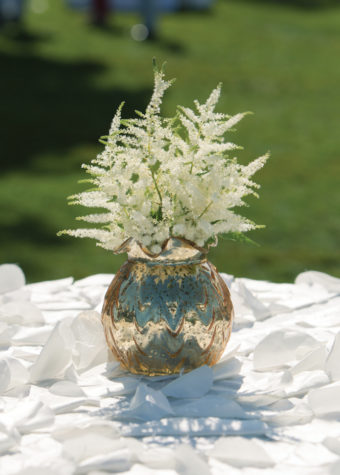 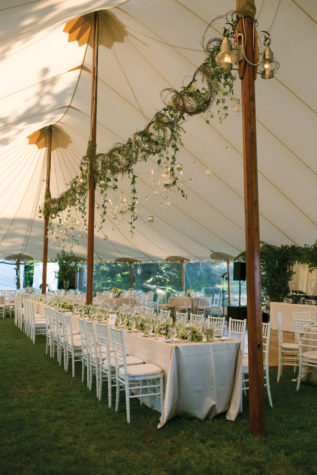 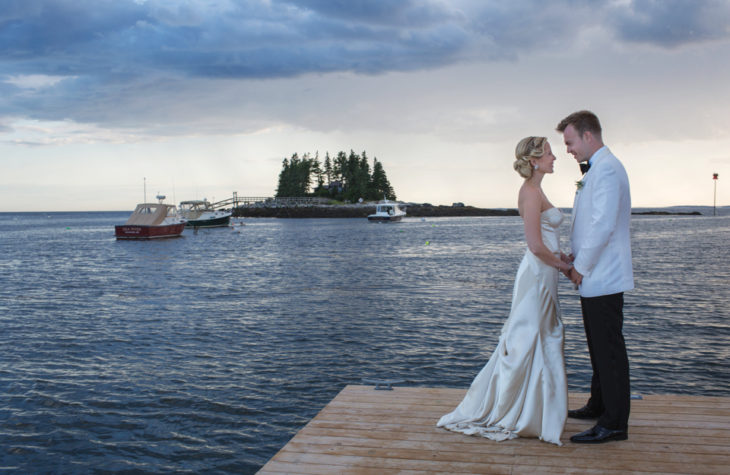 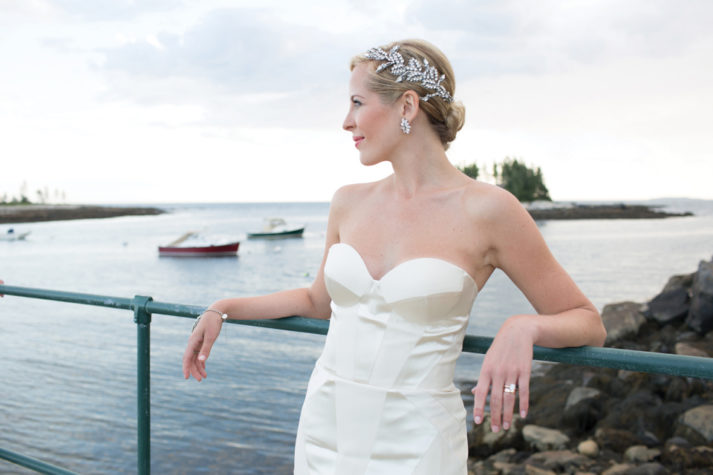 Asa had planned a guys’ trip to Cartagena, Colombia. Teresa was not thrilled about the destination and worried about the trouble he and his friends would get into. But plans changed when, two weeks before the trip, Asa discovered the perfect engagement ring, causing him to cancel his trip and plan something else entirely. The day he was scheduled to leave for South America, he packed his bags, had a tearful goodbye with Teresa, and checked in to the Wythe Hotel in Brooklyn. Teresa headed there that night for what she thought was a surprise birthday party for her brother. When she arrived, she knew something was up when there were too many candles and the couple’s favorite bossa nova band began playing. She walked in to find Asa and knew immediately what was happening. Before he had a chance to say a few nice words and ask for her hand in marriage, she blurted, “Yes, yes, yes!”

“One of my favorite memories was seeing my father when I left the inn before the ceremony. He was crying uncontrollably. He was so proud seeing me taken care of. He didn’t have to worry anymore. To my surprise, I didn’t cry. I felt safe, happy, and loved,” says Teresa.

LIMO: Asa’s mom bought the vintage Packard limousine at an auction and then donated it to the Boothbay Railway Village. “She is allowed to use it for any special occasion, so naturally we were thrilled to be able to take that for a spin on our wedding day,” says Teresa.

CEREMONY: They said their vows in Our Lady Queen of Peace Church in Boothbay Harbor.

ATTIRE: The couple was inspired by an Old Hollywood theme; they used neutrals—white, ivory, and green florals with accents of gold and silver. “I love timeless elegance, which I feel is best expressed in Old Hollywood style. I found that Art Deco-inspired dress and everything else fell into place.”