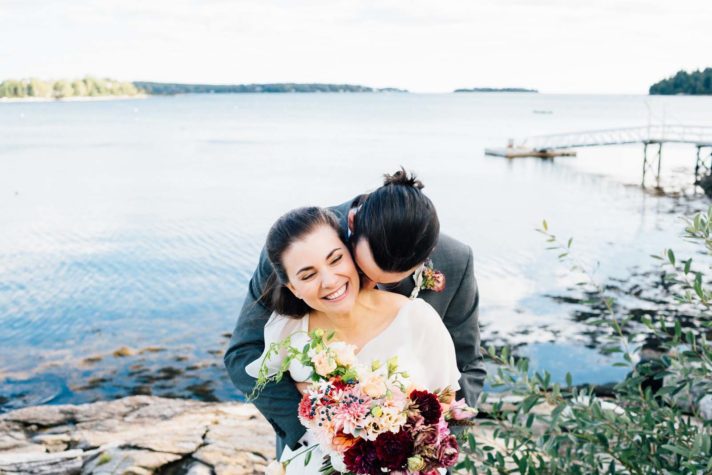 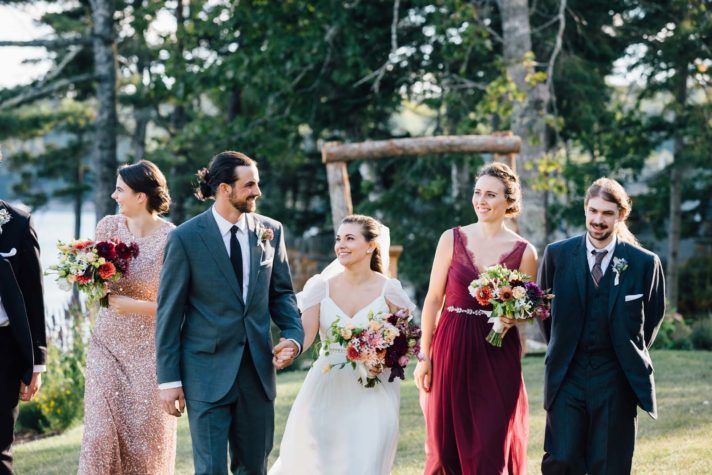 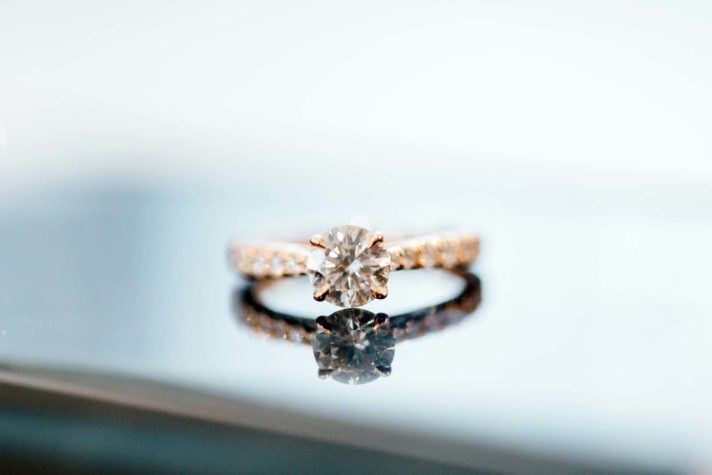 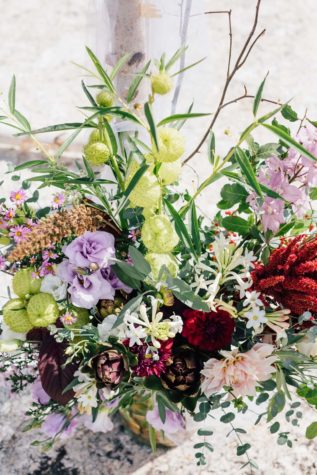 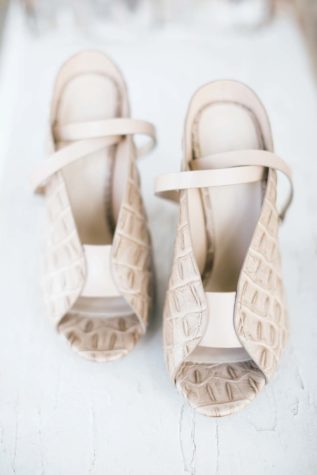 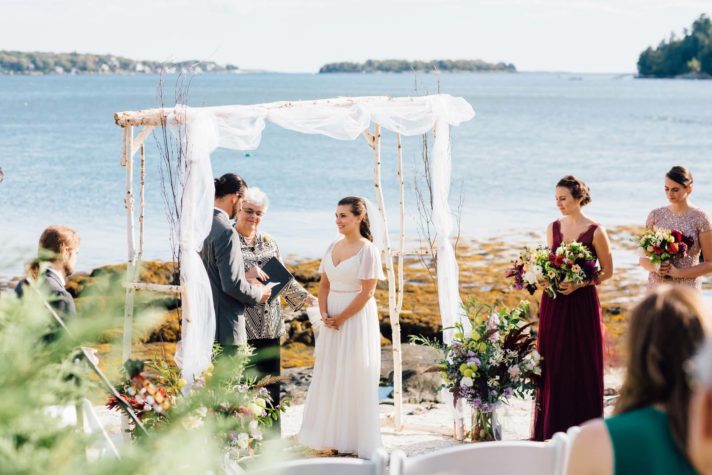 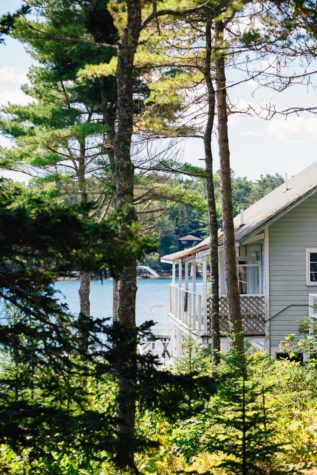 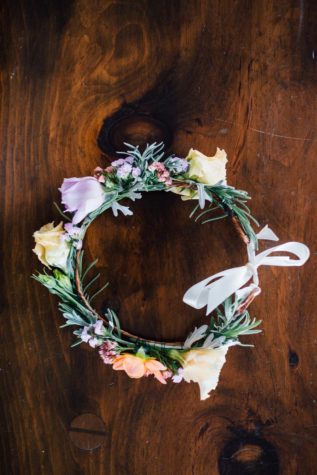 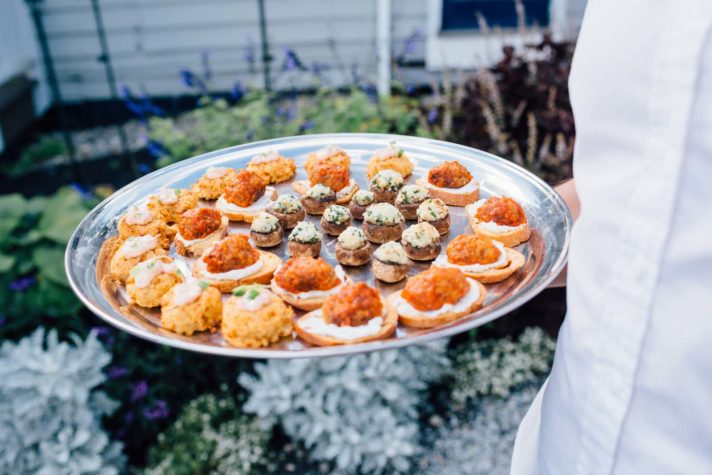 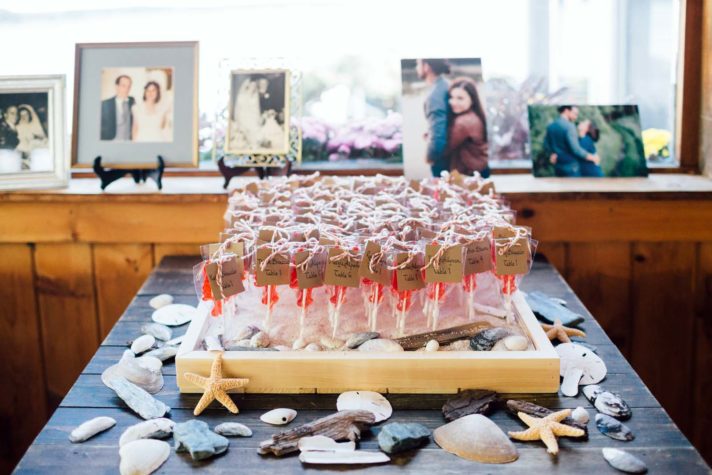 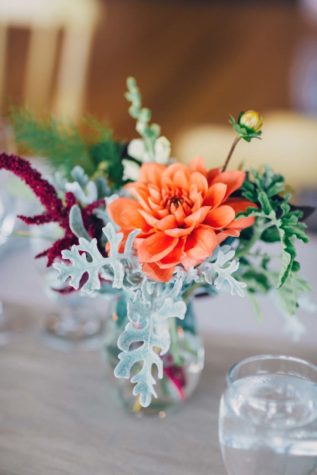 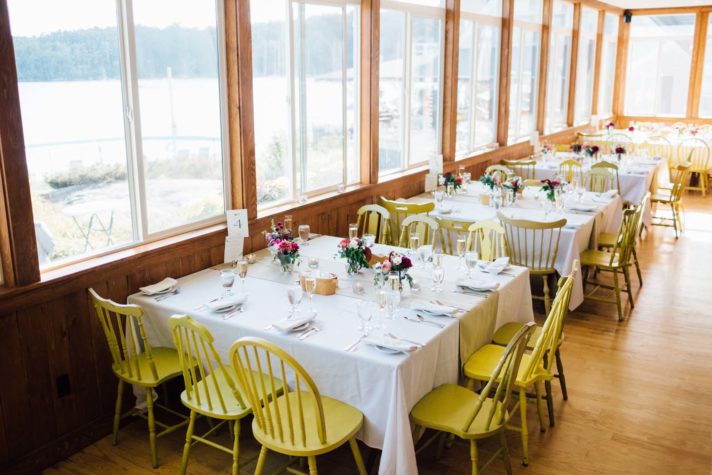 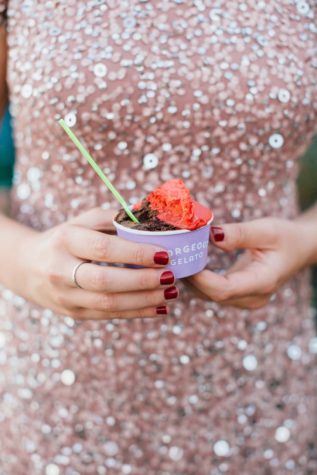 Meredith and Aaron met as kids growing up in Maine, and over the years their families became intertwined. “His family became my family, and he became my best friend,” says Meredith. After years of dating, they drove out to Point Lookout Resort in Lincolnville to spend a long weekend in a cabin in the woods. In the midst of a snowstorm they hiked out to the top of a mountain, where Aaron got down on one knee. The couple wanted their wedding to be held in Maine with both the ocean and the woods as a backdrop; Linekin Bay Resort in Boothbay Harbor fulfilled both of those desires. All of the wedding events were held at the resort so guests weren’t rushed between locations. Everyone spent the weekend relaxing, as if they were at summer camp. On their wedding day, the couple awoke to a perfect Maine morning. “The sky was pink, there were no clouds in the sky, and it was warm but not too warm,” says Meredith. “We knew right then that our day was going to be exactly how we envisioned it.” Friends and family all helped contribute, with Aaron’s sister and Meredith’s best friend performing music and Meredith’s father doing the calligraphy for the place cards. As the couple gave their vows, Aaron surprised Meredith with a poem that he had written for her years earlier. “It reinforced how thoughtful he is, and why I fell in love with him in the first place,” says Meredith.

DESSERT: Instead of a traditional cake, the pair opted for a gelato cart by Gorgeous Gelato.

LATE-NIGHT SNACK: At the end of the evening, guests lounged by the saltwater pool where there was a bonfire and snacked on grilled cheese and French fries.

STOLEN MOMENT: Some of the best advice the couple says they received was to spend time alone after the ceremony to reflect and connect. Since they opted not to do a first look, the time after the ceremony was their opportunity to revel in the big moment after saying their “I do’s.” 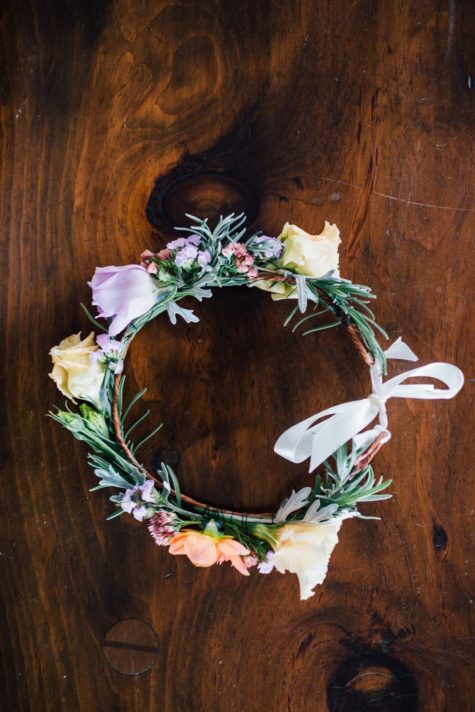