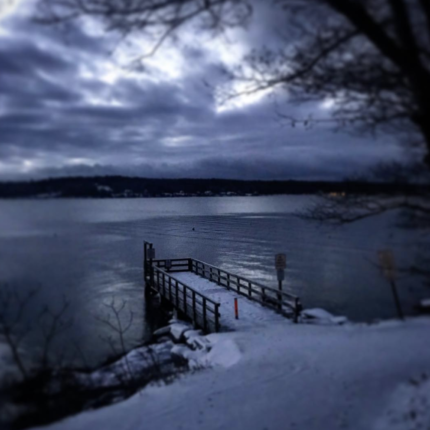 In our New Year’s episode, we feature Shay Stewart-Bouley, creator of Black Girl in Maine Media and executive director of the anti-racism organization, Community Change Inc. In the second half of the episode, Dr. Lisa Belisle speaks with Laura and Malcolm Gauld, president and executive chairman of the Hyde School respectively and co-authors of The Biggest Job We’ll Ever Have. 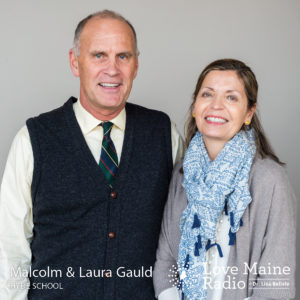 With more than 30 years of classroom and public speaking experience, Laura Gauld has earned a national reputation as a top motivational speaker on parenting, family dynamics, and character education. She has been featured on PBS, in her own parenting series on NBC in Portland, and in numerous television shows, radio programs, and publications throughout the country. After serving as head of school since 2006, she began her tenure as president of Hyde School in January of 2018. With her husband, Malcolm, she is the co-author of the groundbreaking book The Biggest Job We’ll Ever Have (Scribner). Unlike other education books that focus on the child, The Biggest Job We’ll Ever Have focuses on a child’s primary teacher—the parent. Laura previously directed the family education curriculum for Hyde School. In addition to Laura’s experience as a teacher, administrator, and parenting coach, she has created national programs for families, including Family Workshops in the Wilderness, a family renewal program at Hyde’s 600-acre Black Wilderness Preserve in Eustis, Maine. She has also created The Biggest Job workshops offering practical ideas and experiences in an informal, interactive format. She lives in Bath with her family.

Malcolm Gauld is recognized as one of the nation’s leading experts on character education and parenting. He has been president of Hyde School since 1998, and he recently became executive chairman. Hyde’s program of family-based character education has been featured on The Today Show, 60 Minutes, 20-20, PBS, among other programs. An educator for four decades, he is an unapologetic speaker and award-winning writer on the decline of effective parenting. He has published articles on topics about inspiring children to develop their character, why good teaching cannot overcompensate for bad parenting, and why cheating is rampant in America’s schools. He and his wife, Laura, addressed these challenges in their acclaimed book, The Biggest Job We’ll Ever Have (Scribner), a unique educational resource that focuses on a child’s primary teacher–the parent. In their book, and in The Biggest Job Workshops that emerged from it, the Gaulds’ articulate ten core beliefs to parents that address how families can raise successful children of strong character in an achievement-at-any-cost culture. He lives in Bath with his family. 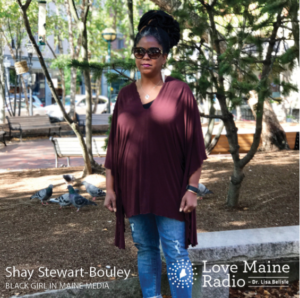 Born and raised on a combination of big city attitude and Midwestern sensibility, Chicago native Shay Stewart-Bouley, also known as Black Girl in Maine (or BGIM), had to learn a bit of Yankee ingenuity when she relocated to Maine in 2002. After a brief foray into education, she brought her socially-minded work from Chicago, where she worked with the homeless, to Maine by working with low-income and at-risk youth in southern Maine. She is currently the executive director of Community Change Inc., a nearly 50-year-old anti-racism organization based in Boston that organizes and educates for racial equity with a specific focus on working with white people. Shay has been blogging since 2008, frequently on matters of social justice and systemic racism, through her Black Girl In Maine website and, in 2011, she won a New England Press Association Award for her writing on race and diversity for the Portland Phoenix. Her writing also has been featured in a variety of Maine and national publications as well as several anthologies. In November 2016, she gave a TEDx talk called “Inequity, Injustice… Infection.”  She is graduate of both DePaul University and Antioch University New England, and even though she works in Boston now, she is indeed still BGIM, continuing to reside in Maine.