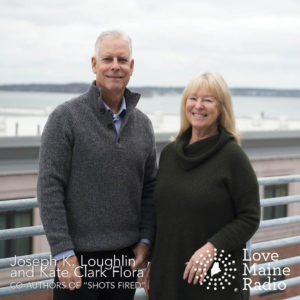 Joseph K. Loughlin is the former assistant chief of police for the City of Portland. He served as the interim chief in 2008 and retired from service in January, 2010 after 30 years of police work. He has served in every sworn rank within the Portland Police Department. He is one of the original founders of the police peer support team and employee assistance network.  He also served as the commander of the Special Reaction Team and was a team member for over 20 years. He was a spokesperson for the department as the Detective Lieutenant in charge of the Criminal Investigation Division. He is the author of Finding Amy, a nonfiction account of the Amy St. Laurent homicide investigation in 2001, and Shots Fired, released in October 2017.He has authored editorials and magazine articles on the realities of police work. He currently consults for 3SI International Security Systems and functions as a regional coordinator of police trainings and special projects. He is also an entrepreneur and the creator of Loughlin’s Irish Steak Sauce. He currently resides in South Portland and continues to write and teach.

Kate Clark Flora worked in the Maine attorney general’s office for several years. After some years in private practice, she decided to give writing a serious try. Eighteen of her books have been published. She is a founding member of the New England Crime Bake, the region’s annual mystery conference, and the Maine Crime Wave. With two other crime writers, she started Level Best Books, where she worked as an editor and publisher for seven years. She served a term as international president of Sisters in Crime, an organization founded to promote awareness of women writers’ contributions to the mystery field. Currently she teaches writing and does manuscript critiques for GrubStreet in Boston.