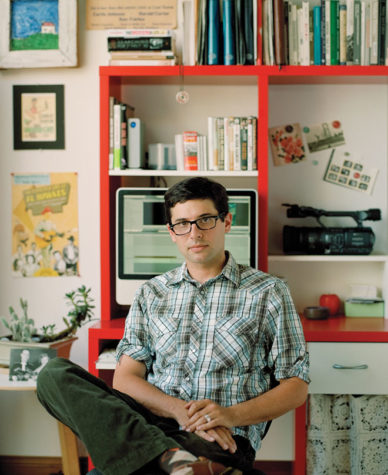 Andrew Jawitz recognized Al Hawkes's contribution to Maine country music when he met the musician/producer in 2006. 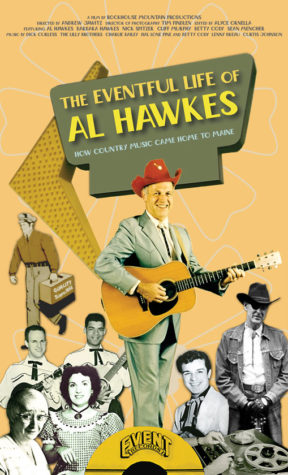 The Eventful Life of Al Hawkes will screen at the Camden International Film Festival on Sunday, October 3 at 1:30 p.m. at the Farnsworth Art Museum in Rockland. 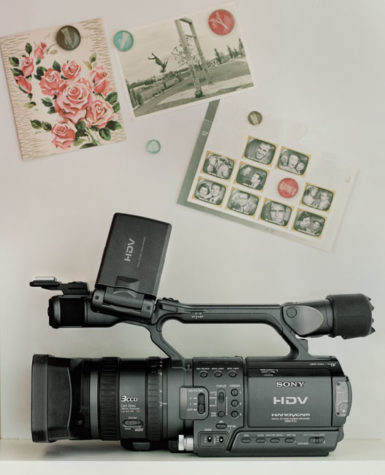 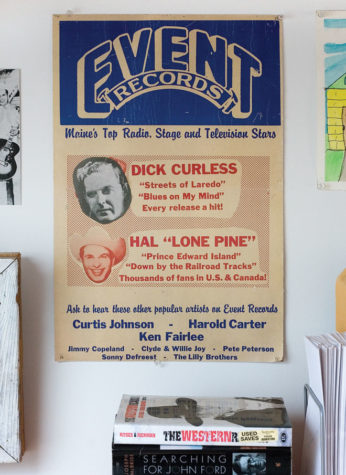 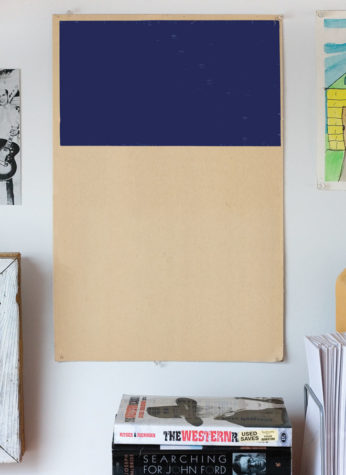 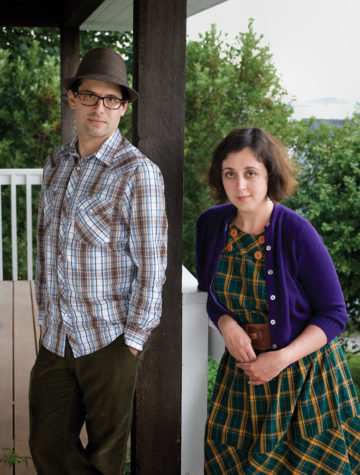 Jawitz and his wife, Alyce Ornella, the film's editor, at home in Harpswell. Ornella was buying a CD of Dillard Chandler when they met at Bull Moose Records in Portland.

Although Andrew Jawitz, a thirty-one-year-old folklorist and enthnomusicologist, had studied the rich traditions of Southern country music at Goddard

College and Columbia University, he often lamented one thing. “I wished that there were more country music up here, where I come from,” Jawitz recalls thinking. He is from Freedom, New Hampshire and has lived in Maine for four years.

“My prejudice was that there was no country, old time, bluegrass music from here,” he admits. “There were just contra-dancing reels, which were very boring…unless,” he adds parenthetically, “you’re into contra dancing.”

It wasn’t until 2006, when his Columbia professor Aaron Fox started talking about Al Hawkes, who had recorded Dick Curless and other Maine country artists, that Jawitz changed his mind. Fox knew Al Hawkes as a bluegrass musician and producer who created his own label, Event Records, in 1956 to record Maine country music. He encouraged Jawitz and his collaborator, Tim Findlen, to interview Hawkes about his career.

As soon as Jawitz and Findlen met Hawkes, the film, The Eventful Life of Al Hawkes, was born. It will screen at the Camden International Film Festival (September 30–October 3) as part of the “Made in Maine” category.

Hawkes lives in Westbrook, Maine. When Jawitz and Findlen walked into Hawkes’s recording studio in the basement of his home, they were amazed. For Jawitz, who had done a college internship at the Woody Guthrie Archives in New York City, it was heaven. Hawkes had 50,000 LP records, all catalogued as if by an archivist, wax cylinder players, wire recordings, reel-to-reel recorders from the 1950s, pictures of musicians, and old posters. “It was like a Museum of Maine Country Music,” says Jawitz enthusiastically. “It was a treasure trove.”

As the film documents, all the seminal Maine country-music performers of the late 1950s are in some way connected to Hawkes. In addition to the popular Dick Curless, whose deep baritone is reminiscent of Johnny Cash’s voice, Hawkes recorded master guitarist Lenny Breau, rockabilly singer Curtis Johnson, and yodeler Betty Cody and her husband, Hal Lone Pine. Run entirely out of Hawkes’s Westbrook home, Event Records continued producing and distributing country music records until 1962, when the warehouse of its Boston distributor was destroyed by a fire and thousands of records were lost. By that time, Hawkes had established a television repair and sales service that was doing well, and the need to support his wife, Barbara, and their two children forced him to close the company in 1962. Despite the passage of nearly half a century, the raw, original recordings Hawkes preserved keep its memory alive. And the film Jawitz has made about Hawkes’s passion for recording Maine country music will only add to the singer’s rich legacy.

The forty-seven-minute documentary will be broadcast on the Maine Public Broadcasting Network (date to be announced). Jawitz is the film’s producer/director, and Findlen served as its cinematographer.

The documentary also helps to prove a point that Aaron Fox emphasized to Jawitz. The professor saw country music as “an essential form of working-class art that transcends geographic boundaries.” In other words, it’s not all about Nashville. Or as Maryland-based folklorist Cliff Murphy has said, “I don’t understand why the record companies didn’t come up to Maine. There was a tradition of companies going to the South to find good country music and not looking in their own backyard.”

Jawitz was the perfect person to develop a documentary on the charismatic Al Hawkes and bring to life the history of Maine country music. Though he now lives in Harpswell, he grew and went to an alternative high school in Sandwich, New Hampshire, in the 1990s. There he listened almost exclusively to the Grateful Dead and Bob Dylan. He says, “The Community School was very New Hampshire. Sometimes New Hampshire is so far right it becomes left.”

“There were traditional lefty liberals, the back-to-the-land people, and there were also just as many conservative, libertarian, don’t-tread-on-me New Hampshire hunters who drove trucks…a great mix.” After graduating, Jawitz went to Goddard College in Vermont, then Columbia, while digging deeper into folk and country music, their history and major players.

Jawitz’s father, Robert Jawitz, funded the Hawkes film (his son’s first), served as its executive producer, and helped to create Rockhouse Mountain Productions. At the same time, Robert Jawitz, who is an architect and entrepreneur, created the Rockhouse Mountain Institute in New Hampshire to serve as an incubator for arts and crafts. Although Jawitz junior claims his family isn’t musical, his grandparents ran in the same New York circles as Woody Guthrie in the 1930s. “My grandmother still blushes at the mention of Josh White,” laughs the filmmaker (White was a highly respected singer/guitarist in the folk scene at the time).

The film’s successful completion is credited to Andrew Jawitz’s wife, Alyce Ornella, who served as the film’s editor. Jawitz met his future wife at Portland’s Bull Moose music store in 2007. Ornella, who grew up in the Ohio River Valley on the Kentucky border, was fascinated by folk and bluegrass singers such as Jean Ritchie and Hazel Dickens. “It’s good for us to realize that country music is an important part of New England culture, much as it is in the South,” she says of the film.

Jawitz and Ornella both developed a deep friendship with the seventy-seven-year-old Hawkes. “He’s really great,” says Ornella. “Look at his energy and vibrancy—he goes to bluegrass festivals every summer. And he was never interested in being a star. He was interested in other musicians’ performances and recording them. He was a leader.”

For his own part, Hawkes loved the experience of working with a team of young filmmakers. For four years, Hawkes has also been working on the Maine Bluegrass Music Pioneers Project, which is trying to preserve old-time bluegrass selections for library and archival use. He is also thrilled that Bear Family Records in Germany, the biggest distributor of early American music, is preserving radio shows Hawkes did in the late 1940s and early 1950s. Music preservation has become Hawkes’s mission: “If somebody doesn’t do it, it’s lost,” he affirms. “We should capture the past for the future. We can’t push aside our own history.”