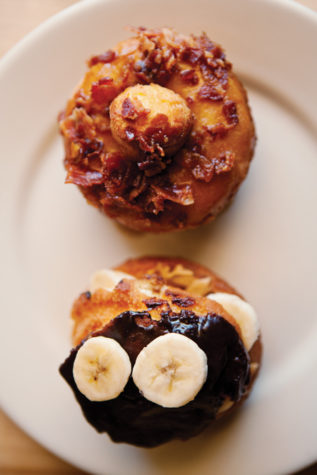 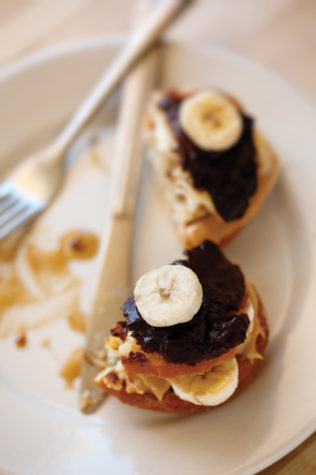 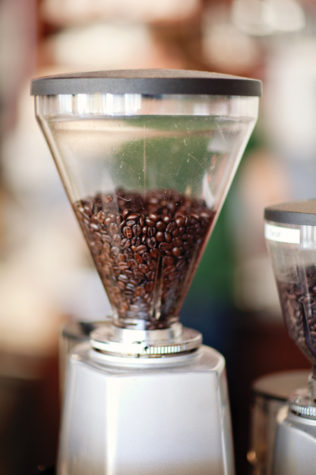 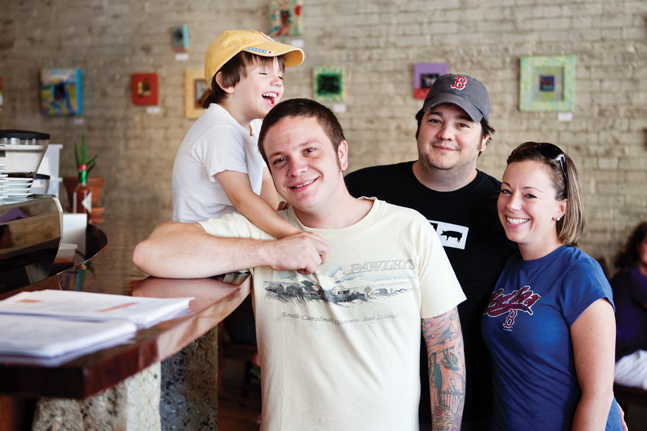 Andre (left) and James (right) Tranchmontagne, owners and chefs of Frog and Turtle and the newly opened French Press Eatery, are familiar faces to their many devoted regulars. 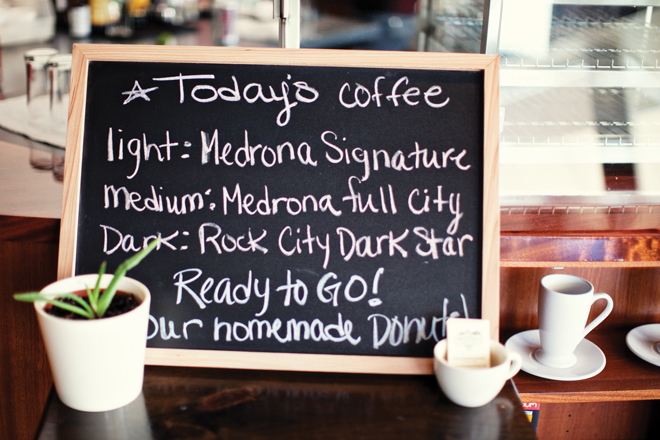 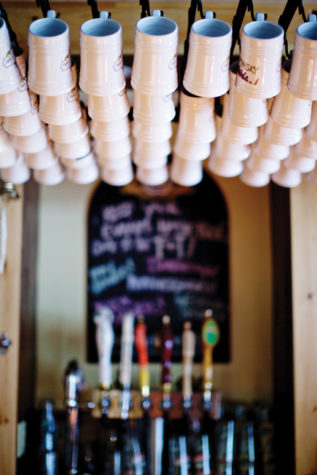 Regular customers are members of the mug club, each with their own mug that hangs well positioned over the draft beer. 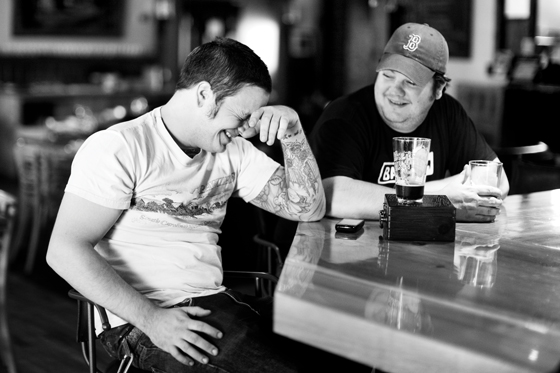 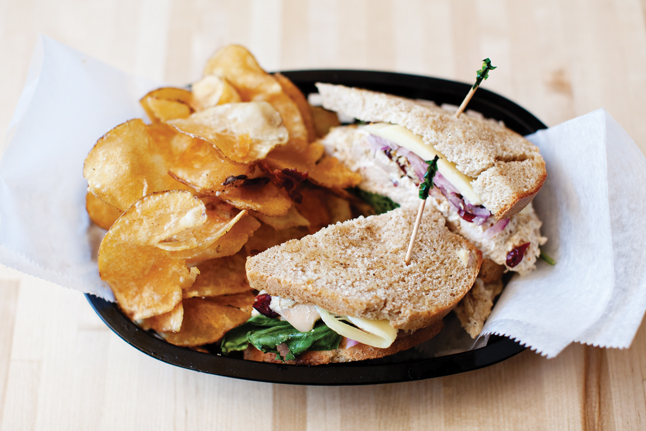 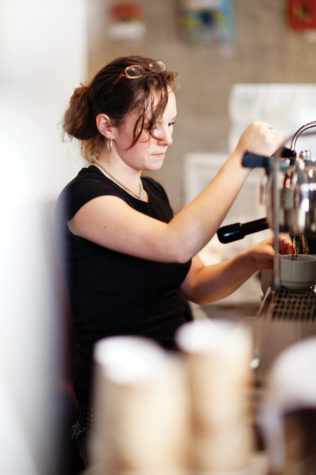 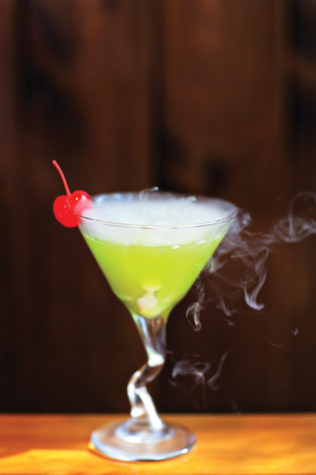 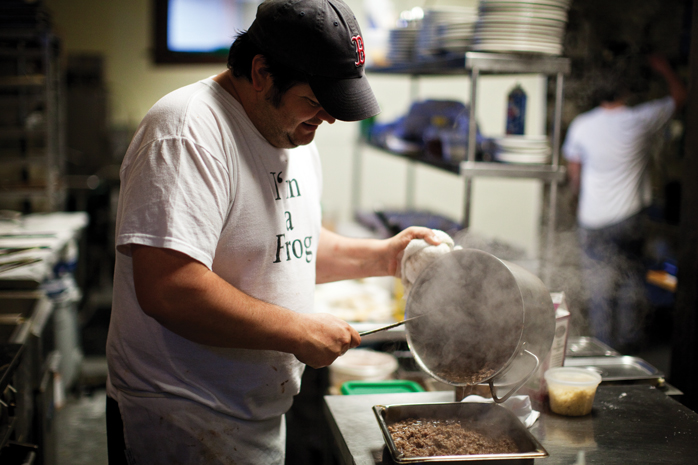 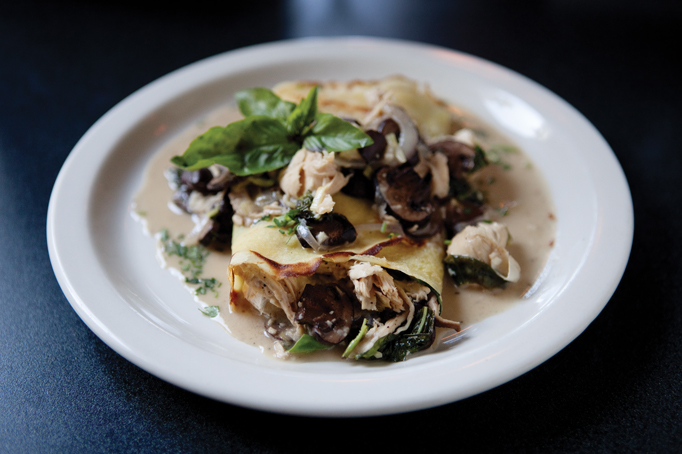 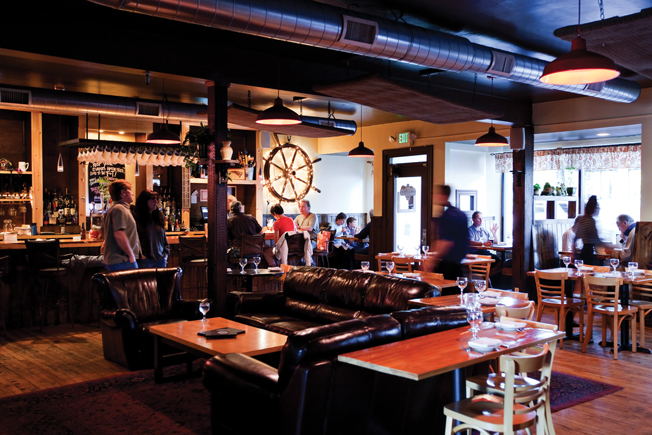 With a set of pinball machines along with doughnuts made to order, two brothers in Westbrook serve up fare inspired by their mother’s home cooking at the French Press Eatery.

It was clear that James Tranchemontagne was the older of the two brothers. Andre sat beside him, waiting for his turn to chime in. They told me the story of how they are third-generation Mainers, how their grandparents, Anita and Edgar Roy, moved down from Canada to work in the paper mills, how they are the youngest of six brothers, and how their mother kept a garden, canned her own vegetables, and raised them on “timeless” American food. It was an enchanting tale, and as authentic a Maine story as there is.

A practiced business owner and chef, James kept one eye on the front door and the other eye on the kitchen while we sat in leather lounge chairs in the back room of the French Press Eatery. Surrounding us were enlarged black-and-white photos depicting the men, women, and industry of Westbrook, Maine. “I want to remind people what the town was like in its heyday,” James exclaims. The beat of Mississippi blues ran steady, making the room feel like a step back in time: the perfect setting for a stiff drink and a little conversation.

Like many others in the food industry, James began as a line cook and is now the chef at his own restaurant. He is both humble and confident. He wears an oversized tee shirt, comfortable shorts, and tennis shoes. His brother wears a similar outfit but his arms are decorated in ink. Andre is in a local punk band named Pinsky, and during his spare time he likes to snowboard with his brother. They both love bourbon. There is something endearing about the two of them working together. Andre manages the front of the house with a kindness that has won the affections and loyalty of their customers, while James manages the kitchen. Their brotherly camaraderie has created a friendly dialogue between the kitchen and the floor—a rarity in the restaurant business.

James took his first job in a kitchen when he was thirteen. By age twenty-four, he made his way to New York City, where he took a position as a cook in an enormous restaurant that serviced three expansive dining rooms. He would turn up his headphones and mechanically pump out orders for twelve hours a day. “There was not a care about the food,” James mentioned. He missed Maine: watching the Saccarappa Falls, seeing the familiar faces, and cooking food he could stand behind.

James moved to Portland and took over the Uffa! Restaurant, a former forty-five seat French restaurant that served vegetarian food on the corner of State and Congress. Andre also worked there while he was attending the University of Southern Maine. After five years, the brothers wanted to reinvent themselves in a different setting. James felt that Portland’s restaurant scene was a saturated market, so they chose Westbrook, a town that was experiencing a minor renaissance. Centrally located between Scarborough, Gorham, Yarmouth, and Windham, and with a local population of roughly 16,000 people, Westbrook seemed a logical, forward-thinking location to start a business. They opened the Frog and Turtle in 2007, a “gastro pub” on Main Street that serves up classic American bar food, a great selection of beer, and live music. It’s the kind of place where bells ring at the bar on Friday night, birthday candles are frequently lit, and the regulars are all part of the mug club, which offers its members deals on beer and food. The dishes are all made from scratch—no preservatives or processed foods. It was exactly what the town needed, and before long the Frog and Turtle was drawing not only crowds but glowing reviews.
When a development company approached the brothers about opening a second location nearby, they jumped at the opportunity. The French Press Eatery is located in a renovated former five-and-dime, and the brothers created a modern menu that reflected their mother’s style of classic cooking: everything is homemade, including the bread. In addition to American-style drip coffee, the restaurant serves French-press coffee. “We may be ahead of the Westbrook curve on that one,” James says. If you walk in before lunchtime, cast off all dietary restraint and order a doughnut—fried to order—either topped with bacon or stuffed with Boston cream and covered in chocolate ga nache. Wash it down with a cup of coffee from Madrona, a company based in Seattle that the brothers have an affinity for. Once the clock strikes noon, order one of their signature sandwiches served with warm, housemade potato chips and a few slices of apples and watermelon. It will feel as though a professional chef has packed you a lunch.

Outside, beneath a rundown mill that towers overhead, teenage girls are biking down Main Street on their way to school, and an elderly man is walking to get the paper and a pack of smokes. Inside, the Tranchemontagne brothers are saying good morning to a familiar customer—familiar because he had a drink at the Frog and Turtle last night, is about to order a doughnut and coffee at the French Press Eatery, and will likely have dinner with them again that night at the Frog and Turtle and hear Tony Boffa play live.