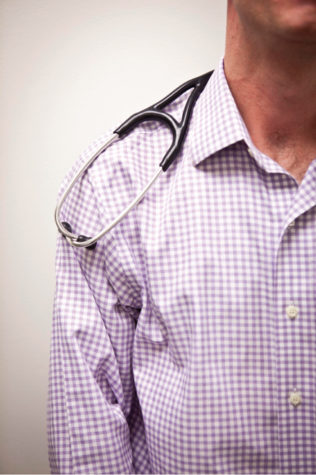 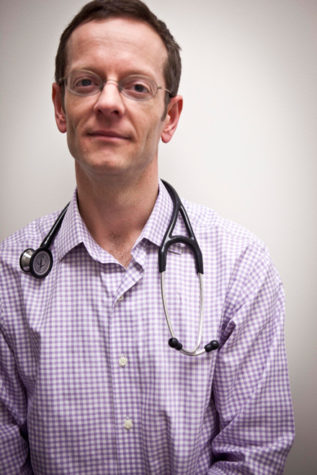 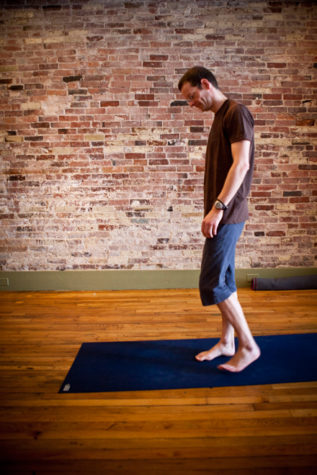 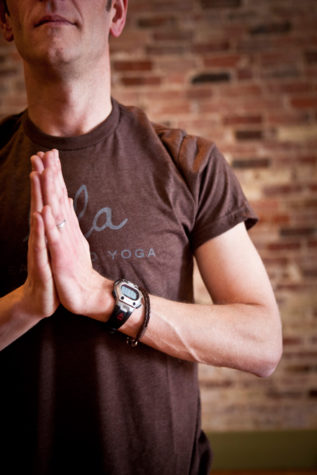 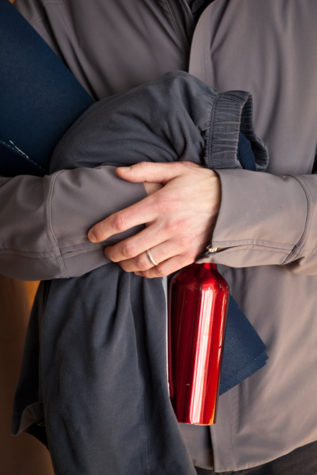 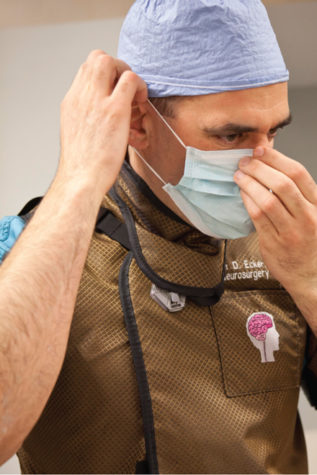 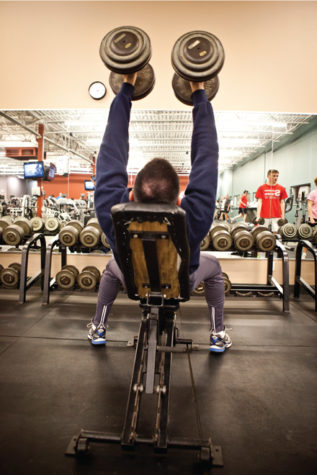 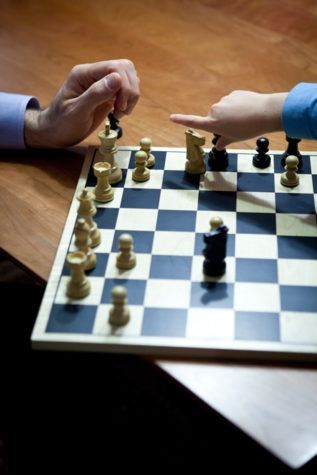 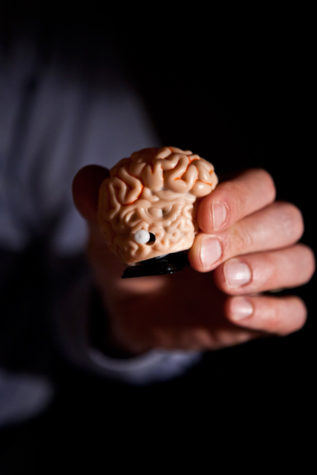 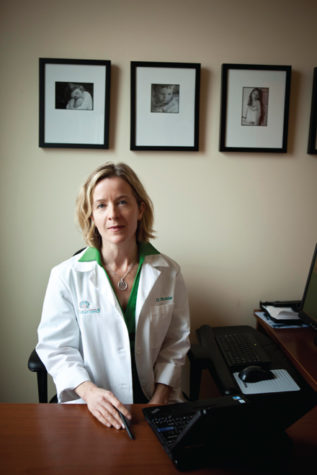 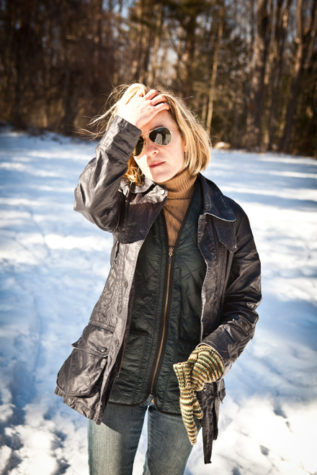 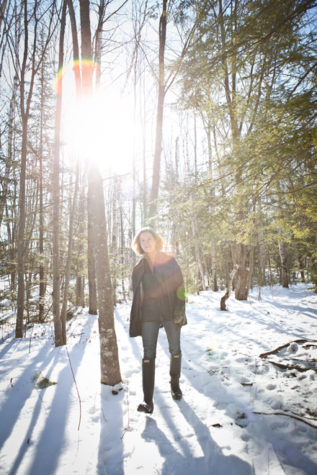 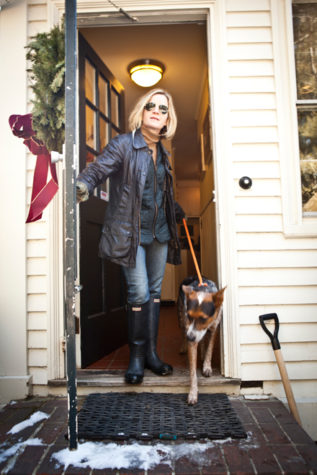 Chances are there’s one in your neighborhood—you just might not know it.
They fly under the radar until you need them to ease your pain or save a life. They are raising kids, participating in the neighborhood carpool, waiting on the lift line at Sugarloaf, and grabbing a coffee at the local bakery. They are a cadre of young(ish), highly skilled physicians and surgeons trained by Ivy League schools and top-tier medical institutions. They could be practicing anywhere in the world, but they chose Maine. These exceptional doctors can be found all over the state, from Eastern Maine Medical Center in Bangor and Pen Bay Medical Center in Rockport to Southern Maine Medical Center in Biddeford and Maine Medical Center and Mercy Hospital in Portland. They use their prodigious powers to achieve one common goal: to provide the lives in their keeping with the highest quality, most advanced medical care available today—all without leaving the state.
Here are the stories of three of them.

Imagine for a moment that you are at your desk when, suddenly, a paralyzing numbness spreads across your face and down your right side. After calling 911, you may soon be looking up into the face of Dr. Robert D. Ecker, the only subspecialist of his kind in Maine.

Ecker can masterfully enter the head or neck to clip aneurysms and blood clots, resect or disconnect arteriovenous malformations and fistules (congenital defects between the arteries and veins), and prevent or treat strokes by removing plaque buildup on the carotid arteries in the neck. Importantly, he is also an expert in more modern, less invasive techniques that allow him to enter a blood vessel in the arm or leg and wind his instruments up into the head or neck to treat life-threatening conditions in ways that reduce bodily trauma and recovery time.

“I love what I do, and my partners are just spectacular, thoughtful guys,” says Ecker, the most recent hire at his practice. “Last year I saw about 380 cases and referred only 3 out of state, 2 of which were done for the patients’ personal reasons; so really, there was only one very complicated case where I felt the patient needed something other than what we could provide here. It’s just an excellent program.”

Ecker is certainly qualified to make such an assessment. Trained as an undergraduate at Harvard University, he received top marks from the Virginia Commonwealth University School of Medicine, an institution he attended on a military scholarship. He completed his residency at the Mayo Clinic in Minnesota and an endovascular fellowship at the University of Buffalo in New York. Along with his wife Lissa (a trained ob-gyn) and their three children, Ecker came to Maine a little over a year ago from the National Naval Medical Center in Bethesda, Maryland, where he worked with soldiers who had been wounded, often by explosions, in overseas conflicts. Before that, he and his family spent a year and a half in Okinawa, Japan; there, Ecker had the opportunity to visit and scrub in with some of Japan’s great neurosurgeons. He has more than 40 published medical papers (and counting) to his credit, and he has trained with some of the best neurosurgeons in the world.

It’s no surprise that Ecker has had numerous job offers and opportunities, but it may be surprising to some that he chose Maine as the ideal place to build a neurosurgical program on the cutting edge of his field. It also didn’t hurt that his partners have great camaraderie and a real appreciation of their profession, or that Maine affords him the opportunity to live closer to his parents.

“When I interviewed, it was this phenomenal group of people excited to be here doing what they do. At dinner, no one was checking their cell phone or leaving early.” This professional closeness translates into a terrific boon to patients.

“Here, if we have a complex surgery, we often operate together, so the patient gets two board-certified surgeons on their case, whereas in other larger institutions they might only have one resident and a few staff—no matter how complex the case,” Ecker explains. “Actually doing the work is important to me. It’s very technical, but it’s also an art, and the only way to get better is to do it—a lot. So it’s like what one of my mentors during my residency used to say: ‘If I wasn’t at Mayo, I’d be in Maine.'”

If it takes one to know one, then Dr. Robin Noble, an ob-gyn and mother of four children ages 8 to 14, intimately knows how difficult it can be for women to maintain a healthy balance among work, family, and personal needs. But this is not your average balancing act—this doctor is also married to a fellow physician, Cyrus Noble, MD, a super doc in his own right, and until a few years ago delivered babies at both Maine Medical Center and Mercy Hospital. If you take into account her more than a decade of gynecological expertise in cervical care, infertility treatment, and the surgical removal of masses and tumors, her profession alone keeps her busy enough. Dr. Noble is a person capable of executing breathtaking feats of juggling and triangulation. What’s her secret? A big part, it turns out, was her decision to relocate to Maine.

“It’s a wholesome lifestyle, which is harder to access in an urban environment,” says Noble, who loves to hike, run, ski, and kayak. “Of course, there are challenges, too, but there’s a reason Maine continues to draw some of the best physicians in the country. It offers such a supportive environment. There’s a real willingness to do what works for the physician, which makes us happier and more productive—and that trickles down to patients.”

The idea that good patient care is rooted in a physician’s self-care is as old as the biblical proverb, “Physician, heal thyself.” But in the grueling climate of our current medical system, it is a value often overlooked. Both Nobles were savvy enough to realize that a balanced life and a successful career did not have to be mutually exclusive pursuits, and decided to live in a place where they could enjoy the best of both.

“Without kids, we might have stayed in New York City or Boston, but the family life we’ve built here is more rewarding,” says Noble. “I’ve met so many professionals in their late 60s who moved to Maine after retirement and who wish they had done so in their 30s. You need some vision and the self-confidence to resist the ego trip offered by working for larger hospitals and labs—but in return you get this fabulous life.”

Not that Noble has ever shied away from intense competition. After graduating from Yale University with a degree in molecular biophysics and biochemistry, she attended medical school at Columbia University College of Physicians and Surgeons. She did her residency at Yale–New Haven Hospital, as well as fellowship training in laparoscopic surgery. She moved to Maine in 2001, after a year at New York University as an assistant professor in obstetrics and gynecology. It was a good fit. Dan McCormack, CEO of Intermed, agrees. “Dr. Noble has the impressive training, but she’s also an excellent clinician with true compassion for her patients. She really connects. She’s in the right profession and she’s doing it for the right reasons. Whenever stars like Robin come along we don’t want to let them get away.”

“I feel so lucky to be where I am and with the people I work with,” Noble adds. “We are all well-seasoned, well-trained medical practitioners who support and encourage each other when we’re on duty. And when we’re off, we have the luxury of knowing that our patients are being cared for with the same diligence.” Noble reflects for a minute. “Because of the way I practice and where I practice, I have the luxury of a long relationship with patients that, hopefully, will cover their entire reproductive lives. I never forget what a supreme privilege that is.”

If you are in a yoga class and fortunate enough to have your mat situated alongside Adrian Moran, MD, you might not believe that the youthful, athletic guy in trikonasana next to you has been practicing pediatrics at the highest level for over 20 years. Moran is board certified in pediatrics and pediatric cardiology, and his expertise is in fetal and transesophageal echocardiography, cardiac magnetic resonance, and cardiomyopathy management and care. Translated into English, this means Moran has been saving the lives of really sick kids since he was a very young man. He’s also a husband, father of three, avid swimmer, and a practicing yogi.

Moran grew up in Limerick, Ireland, and graduated, at the tender age of 23, from the University College Dublin School of Medicine. He spent three months in an exchange program at Boston University, at which time he decided to specialize in pediatrics—a decision that led to a residency, fellowship, and staff position at Children’s Hospital Boston.

“Cardiology sparked my interest because it is a very technology-driven, mathematical, high-acuity field, and there was a real need in Ireland for more expertise,” says Moran. “And I liked pediatrics because it had all the complexity of adult internal medicine with the added challenge of working with children who couldn’t communicate in the same way at all.” Barely out of his 20s, Moran was on a serious (but glacially paced) track for a stellar promotion and academic success at Children’s Hospital when he decided to move back to Dublin and work for McKinsey Company, the international consulting firm.

“I got very good at the business side of medicine then, and I stayed in great hotels and traveled by limousine. But I had a wife and two of my three children, and I came to realize that I like sleeping in my own bed. Plus I missed working with patients and the real, tangible impact I could have on their lives,” he says.

Moran and his family settled in Portland and put his wealth of medical and business experience to work for the residents of Maine. At one point, he was offered a chair of pediatrics position back in Dublin, a job that would have made him one of the highest-ranked cardiologists in the entire country, but he decided to stay here. He and his esteemed partners now serve patients across Maine and New Hampshire. They each take one day off a week, and so far they have avoided the kind of bureaucracy that once pushed Moran out of academic medical practice. “I like being in control of my life when I’m out of the office. My kids walk to school. We live in a great town by the ocean and, when I get the emergency call in the middle of the night, I’m less than five minutes away. No traffic. That makes a big difference to me and to my patients,” says Moran with a smile.

Based on his professional history—becoming the first physician in his family, a licensed doctor at an age when most of us are fetching coffee, the youngest fellow to ever come out of Children’s Hospital, a consultant that crisscrossed the Atlantic on a regular basis, and a physician that now regularly peers into the hearts of unborn babies—I ask what Moran considers his next challenge. He grins again and replies, “Telemark skiing.”