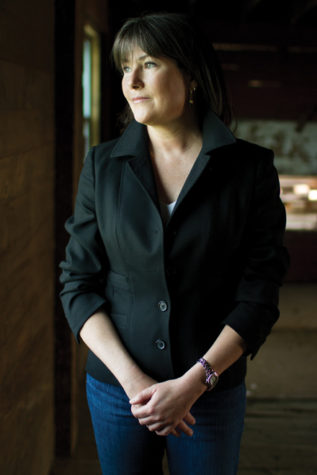 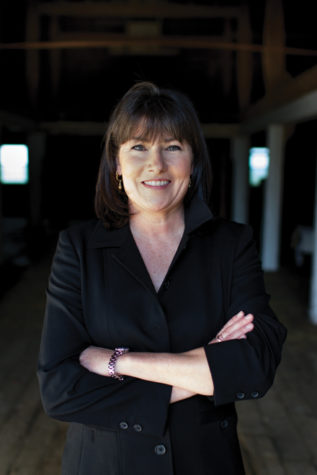 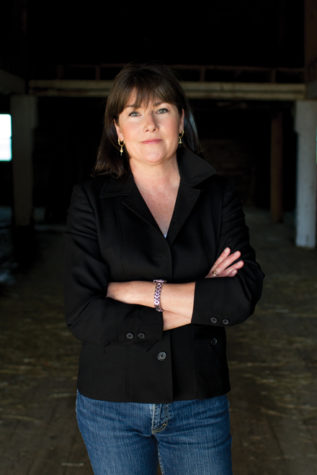 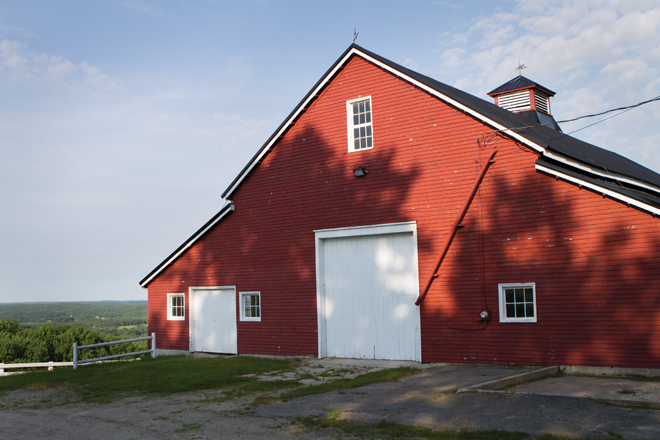 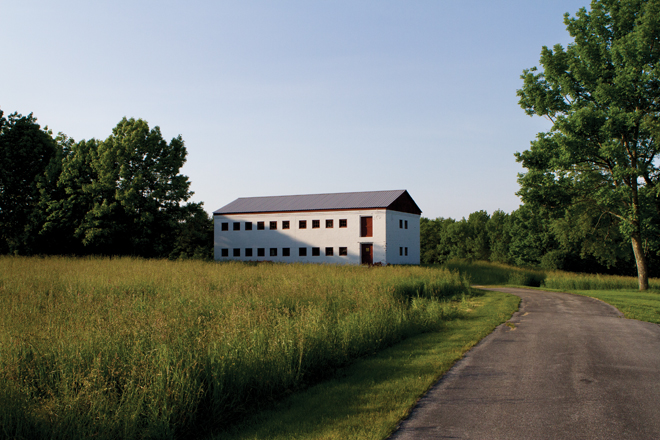 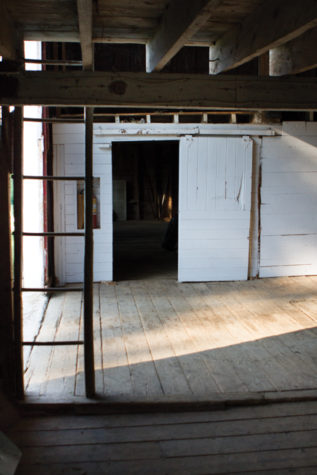 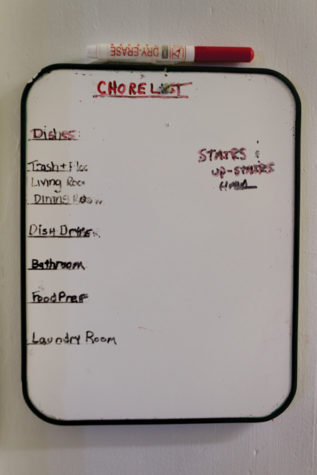 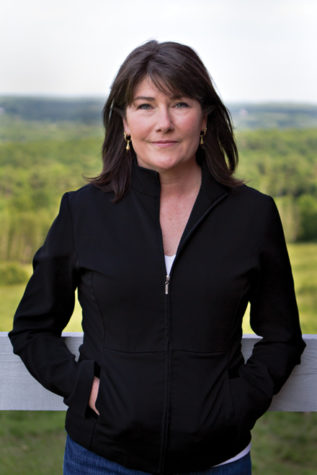 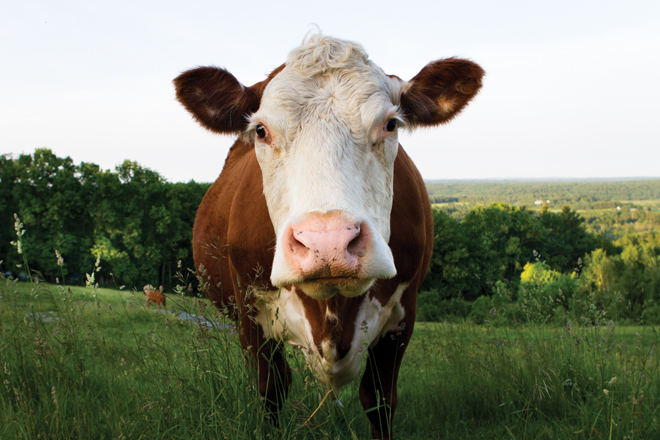 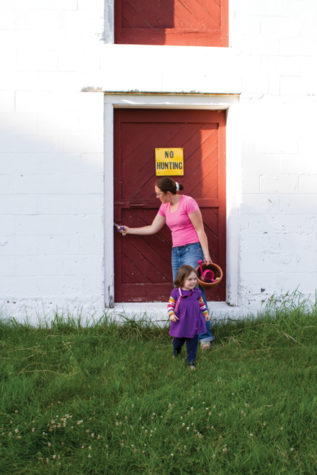 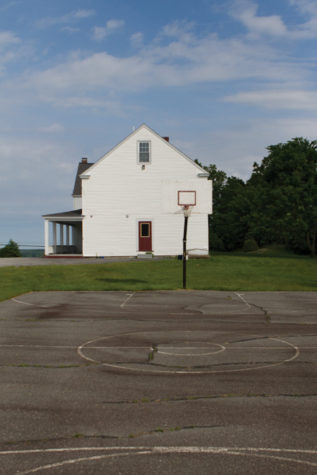 She exudes competence, grace, wisdom. She is an academic, a teacher, an administrator. And her life’s dream is to get the teenagers of Maine through high school. All of them.

and, like graduates everywhere, the students are putting together their superlative lists: Most Likely to Create World Peace, Most Likely to Hike in Heels, etc. This year, they decide to present a special plaque to Dr. Dorothy Foote, the school’s executive director. It says this: Most Likely to Do Anything to Help You Succeed.

I meet Foote at a Portland coffee shop on a drizzly late-May morning. As we settle in, I can’t help notice how striking she is. With her high cheekbones and dark hair, she is unmistakably handsome. But it’s more than that—she is composed, calm, and in control of her body. This observation is not incidental. It turns out that bodily empowerment will be a reoccurring theme of our conversation.

The first thing Foote tells me is that she was a girl who benefited from Title IX, the landmark legislation that changed the lives of so many who came of age in the 1970s. To wit:

“No person in the United States shall, on the basis of sex, be excluded from participation in, be denied the benefits of, or be subjected to discrimination under any education program or activity receiving Federal financial assistance…”

In Foote’s case, this legislation brought her to the ski slopes as a teenager (she was a competitive alpine racer), took her to college (she was the first female in her family to graduate), and gave her a new sense of control over her body. It’s not an exaggeration to say that this law, and the ideology it promoted, inspired Foote’s life to come.

“Growing up, I found girls had few options,” she tells me. “You could be a good girl, bad girl, housewife, mother. If you look at successful women, oftentimes they were athletes as younger women. Skiing was a key component for me. I thought: if I can do that, I can do other things. I can go to college, to graduate school…”

Foote is a woman who sees her life in context, who connects larger social and cultural trends to her own experiences. I find it admirable, even brave, this willingness to acknowledge that factors beyond one’s control contribute to one’s achievement in life. So many adopt a pull-yourself-up-by-the-bootstraps narrative, or cite the sheer power of individual talent or intellect, to account for unprecedented success. Not Foote. She wants people to know a series of “aberrant events”—many unplanned—brought her to where she is today.

Although she studied liberal arts, the first job she found after college was in banking. In 1983, Foote became the only female loan officer at Camden National Bank, where she found herself questioning the status quo. “As a banker, I started to wonder: Why are all the women tellers? Where are my colleagues here? I started thinking through a social justice lens, thinking about the women customers across my desk, wondering why they didn’t have checking accounts, why they didn’t have power over their own very important financial lives.”

If Title IX enlarged possibility, and if her experience in banking kindled a passion for social justice, a family tragedy proved equally defining. In the mid-1980s, Foote’s brother was diagnosed with HIV, and he died of AIDS in 1992. While a loan officer, Foote also cared for her brother, fundraised for AIDS awareness and research, and worked as a home hospice volunteer.

“I saw the life and loneliness of HIV/AIDS,” she says. “I saw my brother disempowered as a gay man. In the end, I could no longer be a banker. I had to do something on the other side of the desk.”

At this point, now a mother to three children, Foote took a huge personal and professional risk: she left banking and began an after-school program, the Diversity Coalition, at Camden Hills Regional High School. Foote facilitated discussions about HIV/AIDS, harassment, and discrimination in all its forms. She brought in speakers, showed films, and developed programming on such topics as the complexities of sexuality and methods of deconstructing culture. It was a free program between three and six in the afternoon, the period when adolescents are most likely to get into trouble. She stayed on for a decade.

During this period, Foote was a student herself. She returned to the University of Maine, earning a master’s degree in 2002 and a PhD in education and psychology in 2006. Armed with these credentials, and fueled by her aversion to injustice and a growing interest in adolescent education, it was time for something new.

Then Dorothy Foote found her way to the Community School.

Why this place? Because thousands of Maine high school students drop out of school each year. Because, Foote explains, “These kids come from difficult lives, but they’re perfectly capable of learning. We know that with positive supports, with strengths-based work, everyone can learn.”

Since 1970, the Community School has provided alternative residential education to adolescents who might otherwise fall through the cracks: teen parents, homeless kids, substance abusers, dropouts, and those for whom the traditional education system simply doesn’t work. At the helm, Foote updated the curriculum and initiated restorative-justice practices: rather than winding up in juvenile development centers, adolescents in trouble with the law can come to the school to live, learn, and effect change in their own and other people’s lives.

According to the Restorative Justice Project, “This approach recognizes the importance of strengthening student connectedness to teachers, peers, and schools, through relationship and community-building, and through restorative, rather than punitive, approaches to discipline.”

Foote puts it like this: “It’s all about pulling people back into relationship, pulling dropouts and struggling youth back into school, back into community. We say to them: ‘You belong in school. You belong in our society with a high school diploma. We’re going to help put the supports in place to help you belong.’ We know it doesn’t work to punish, exclude, and isolate.”

In July of 2011, under the leadership of Foote’s team, the Community School merged with Opportunity Farm, a group home in New Gloucester, to create the Community Schools at Opportunity Farm and Camden. “We added a school component to the group home, creating a safe place for kids to learn,” Foote says. She helped transform the program into a progressive, diploma-conferring school.

Because, at the end of the day, getting diplomas into kids’ hands is what Foote does. She wants to do more of it, to reach more kids in more of Maine, but she’s still trying to figure how to get it done. Such ambitions are never easy, and the one-on-one educational model is costly.

When I ask, “What scares you?” (because it’s hard to imagine that anything really does), Foote thinks, then frowns. For a moment I expect her to say, “Nothing at all!” But candor beats bluster in a person like Foote. “Well, I’m always worried about funding,” she admits. “These kids need support. We need to raise a lot of this money.” To keep operating, to keep developing programming and reaching students, Foote needs individuals “to realize the urgency and passion with me, to really meet these kids.”

The school’s success stories make me understand Foote’s urgency. They help me understand her call to action, and her fear that resources won’t meet demand. So much, after all, is at stake for these kids.

Take Nick. He arrived three years ago from a juvenile development center, a Wabanaki child who struggled with family disruption, racism, and substance use. At the Community Schools, he learned the value of keeping his system clean, and gained tools for doing it. Now, entering his second year of college, he wants “to feed that same knowledge to young people,” Foote reports. He is training to become a physical education and health teacher.

Or take C.C. She left high school in part because of her struggles to read. She found her way to the Community School, worked hard, got a job, and, this year, returned to the school as an Americorp VISTA—a volunteer in service to America. Recently she visited Lewiston High School as an ambassador for the Community Schools. She spoke with a handful of at-risk kids about her own path, about what the Community Schools gave her, and what it might give them.

Foote recalls how proud she felt of C.C. during this meeting. She recalls how articulate she was, how vibrant, how she looked these kids straight in the eye. C.C. had been there once, where they were. Now she was somewhere else entirely.

I wonder about those kids, in Lewiston and elsewhere, who haven’t yet been reached. Will they change course? Will they find a home where their strengths are valued, their stories honored? Where they can, quite simply, belong?

From skier to banker to activist to educator to administrator, Foote has always lived on the cutting edge. Now her work is about bringing kids off the edge. One at a time.

And, as her graduates attest, she’ll do whatever it takes.