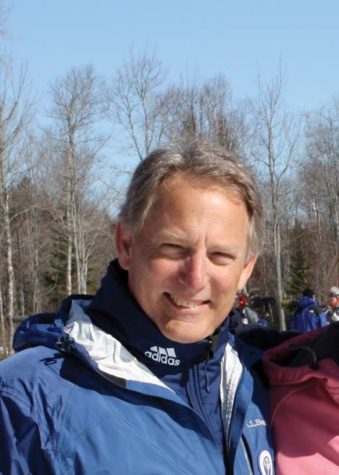 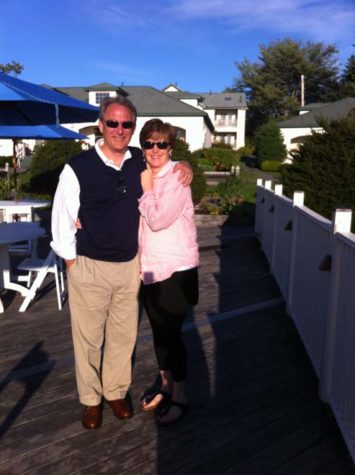 You grew up in Maine?
My dad was in the military or working for the government, so I was all over the place—Cuba, Japan, Alaska. I went to school in Germany for the first half of my high school years, and then finished up at Yarmouth High School.

When did you start skiing?
My senior year. I’d never been on skis in my life at that point, but I fell in love with a girl on the ski team. I was introduced to skiing and the woman I’d spend the rest of my life with on the same day—a big day.

You became a serious racer quickly.
I did. When I was in high school, I was not particularly good. I had a big engine, though—I could run forever without getting tired—so in that sense it seemed a natural fit. At some point in college, I got to thinking I’d love to take a shot at this. So I moved out to Colorado and—long story short—I wasn’t good enough. I loved the lifestyle, loved racing, loved the people. I loved everything about it, but it wasn’t going to happen. I got married, our son Walt came along, and then Hannah and Clark, and the rest is history.

When did biathlon enter the picture?
Well, the five of us went on a family vacation to Quebec for winter carnival one year. We were skiing at Mont Sainte Anne, and Walt—who was about 10 at the time—and I decided to ski back to the house for lunch. Biathlon happened to be on TV. Walt was sitting on the couch watching and he said, “That’s what I want to do. I want to be on the U.S. Biathlon Team.” [He went on to make the U.S. Ski Team and win nine National Biathlon Championships and three North American Championships.] Two weeks after our trip to Canada, representatives from the U.S. Biathlon Team came to L.L.Bean, where I was working at the time. We decided to become their lead sponsor and everything just fell into place at that point.

What sparked the idea for the Winter Sports Center?
Max Cobb, who was working for U.S. Biathlon at the time, and I became very close friends, and have worked together for the past 20 years. In 1998, we started talking about what it would be like to develop a regional center for biathlon in Aroostook County. The Libra Foundation came on board in 1999 and made it all a reality. What makes it all so unique though are the volunteers in places like Fort Kent, Presque Isle, Caribou, Van Buren, Fort Fairfield—they have produced volunteers who can put on events that no other community in the world can match.

How does the community make use of the facilities?
We are committed to making skiing accessible. At our alpine areas, Black Mountain and Big Rock Mountain, we’re offering seasons passes for $150 and day tickets for $15. We want to make sure that young families and people who want to start skiing have a place to go. These are not small mountains, but we know that at some point kids grow up, and they’re going to want to go off to Sunday River and Sugarloaf—that’s the natural progression. We feel that there’s a role for these community-based, family-friendly alpine ski centers. Pineland Farms in New Gloucester is one of the top Nordic centers in the east. The 10th Mountain Ski Center in Fort Kent and the Nordic Heritage Center in Presque Isle are free of charge and are two of the top Nordic venues in the world.

What are some of your favorite skiing memories?
When I was out in Colorado, I did a lot of backcountry skiing. I would just go for days at a time with a tarp, shovel, and some camping gear, and go up along the Continental Divide. I loved the sound of the wind, the feeling of snowflakes falling on your skin, the sensation of the glide. Memories of those trips draw me, often, into daydreams that I find intoxicating. It used to be that I enjoyed going fast on cross-country skis. That’s not really a big motivation for me anymore. It’s just being out there in the wintertime, feeling the glide.