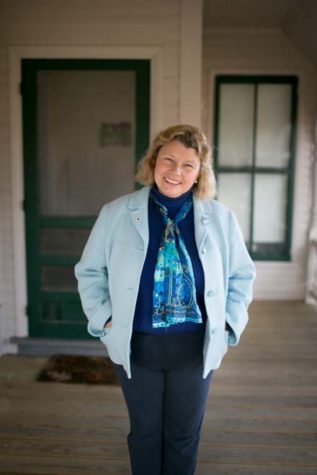 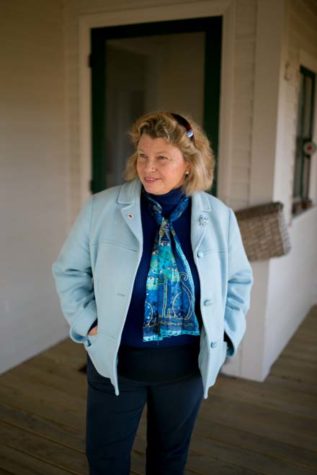 Mills hit the ground running in her new position as vice president of clinical affairs and director of public health programs at the University of New England. 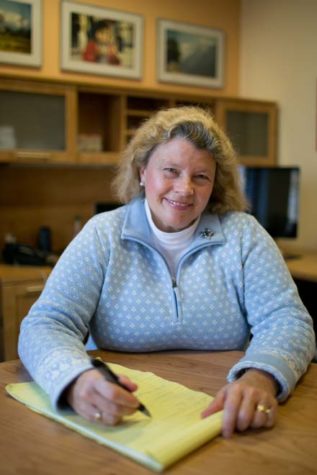 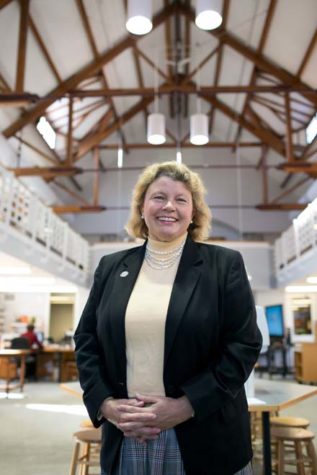 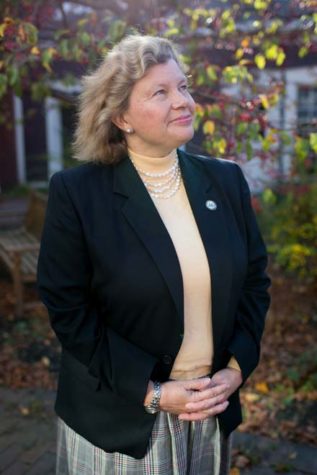 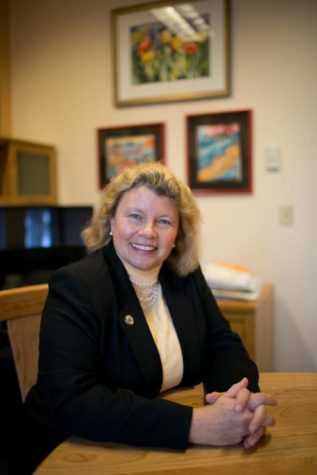 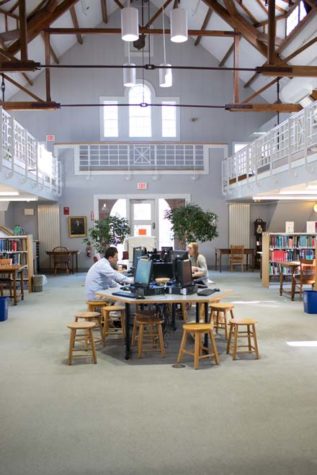 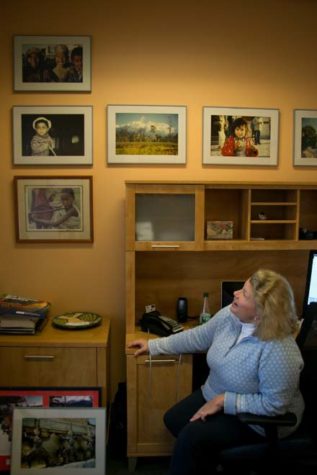 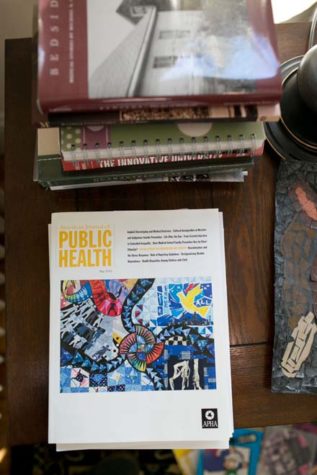 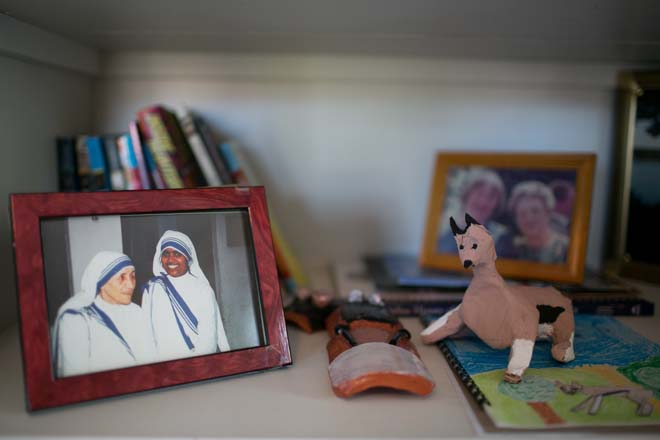 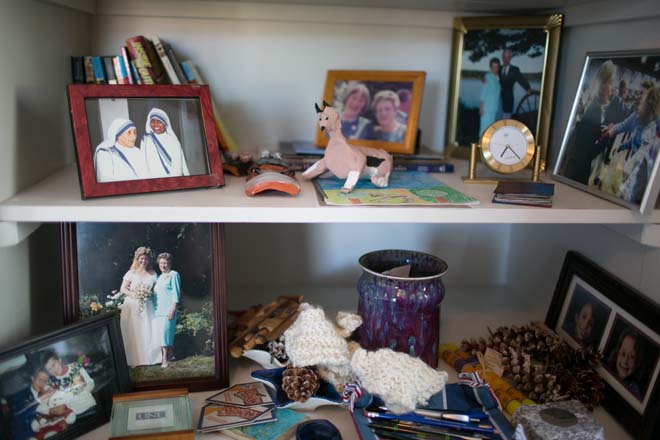 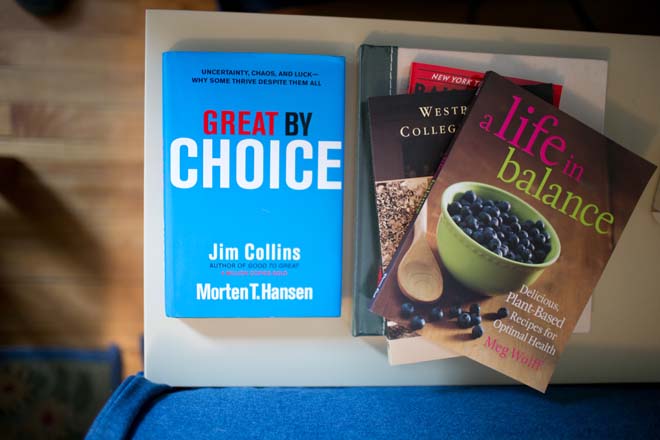 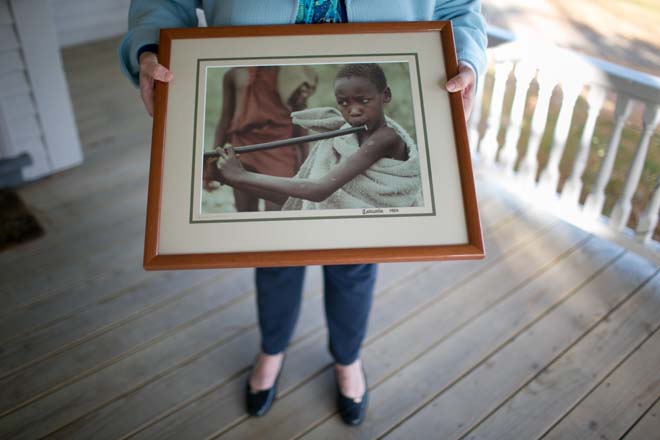 Before completing medical school, Mills worked in a Mennonite hospital in Shirati, Tanzania, where this photograph was taken. The experience was lifechanging, and one of many that sparked her interest in public health as a young doctor.

The Mother House is made of cement. Cement exterior, cement walls, cement floor. There is no cold air to keep out, so the heat and noise and stench of the Calcutta streets ride on wind through glassless windows into the chapel, where volunteers gather every evening for a prayer service. On this rainy night, Dr. Dora Anne Mills is among them. She’s 32, impassioned, exhausted. After a sleepless night en route from Nepal, she has spent ten hours witnessing and working against terrible suffering. She wants to find a bed. Instead, she follows the other volunteers to the Mother House. Once inside the door of the chapel, she lowers herself to the hard floor and leans her tired body against a wall. An old woman takes a seat beside her. It’s hard to see in the dim lighta few candles burn in a far cornerbut Dr. Mills notices the woman’s hunched back and her gnarled hands and feet. “Well, you’re wet,” the woman says, and orders a nun to find a towel. It is only then that Dr. Mills realizes she is sitting beside Mother Teresa.

Nearly a month later, forever altered by her experience in Calcutta and uncertain of her future, Mills spoke with Mother Teresa again before returning to the States. She explained that she was leaving a good job and good people in Los Angeles to move back to her hometown of Farmington, Maine. She said, “I feel a little bit guilty going back to the United States where the needs are not nearly as pronounced as they are here.” The old woman held the young doctor’s hands in her own and said, “If you are going where you will work with love and love your work, that is where you are called to be.”

Twenty years have passed. I am sitting with Mills in her office at the University of New England’s Portland campus. It is a bright fall day, and the view through her window is a collage of brick and leaf-covered grass. Mills is wearing a crisp jacket and a bright silk scarf knotted at her neck. Her feathery hair has been brushed back from her pale, glowing face. “I knew I was moving back to Maine,” she says, “but I had to go halfway around the world for someone to tell me why.”

The woman who would learn Russian at Bowdoin College, hike Kilimanjaro twice, become an MD, help combat a measles epidemic in Los Angeles, obtain a master of public health degree from Harvard University, and lead the state of Maine on issues of public health for nearly 15 years, grew up on the edge of the University of Maine Farmington campus, attending lectures by visiting dignitaries and eating with students in the dining hall on cold winter nights when the Mills family was buried in work. Her father served as the U.S. Attorney for Maine for a total of 16 years; her mother taught high school English. Mills can trace her family legacy of educators and attorneys back almost as far as she can her Maine roots. Coming from a home where the humanities were central, she didn’t know quite what to make of her quantitative inclinations. In her second year of college, a professor took her aside and asked why she wasn’t on the premed track. She remembers the moment vividlythe room she stood in, the feeling of relief and purpose that washed over her. “For someone of his stature to say to me: ‘You should consider medicine’? I was floored. Growing up in the seventies, I don’t think women were encouraged to go into science, much less medicine, as they are now.” It was a small gesture on Professor Moulton’s part, and a life-changing one for Mills.

Mills went on to the University of Vermont for medical school, spending the summer between her first and second years working with the cross-cultural exchange program Operation Crossroads Africa in Ivory Coast. Before completing her final year of medical school, she decided to return to Africathis time to Tanzaniato work in a Mennonite mission hospital on the shores of Lake Victoria. Lacking the technology of most Western medical facilities, doctors at the mission hospital relied heavily on the physical exam. It was in Shirati that Mills learned to take someone’s pulse using four fingers instead of two, and use the strength of the beat to determine whether their blood pressure is high or low. She learned to search patients’ eyes for information on how certain organs were functioning and honed the nonverbal communication skills that would come into play again and again throughout her career as a doctor. In Tanzania, and in the following years at Children’s Hospital Los Angeles, her focus expanded in two directions: she became a more sensitive clinician, while at the same time developing a sense of urgency around issues of public health. “I felt like the kid with his finger in the dike. I had only one toolWestern medicinebut there was so much else affecting my patients’ health outside the realm of the exam room.”

After hiking around Nepal and working in hospitals in India, Mills accepted a position as a pediatrician at Pine Tree Medical Associates, a nonprofit medical group affiliated with Franklin Memorial Hospital in Farmington, and moved her life back east. Working in the community she’d grown up in proved uniquely rewarding, as well as challengingher intimate knowledge of the place brought into terrible relief the links between health and economic status, employment, and educational opportunities that had long fascinated and troubled her. In 1994, eager to effect more comprehensive change, she entered the master’s program in public health at Harvard University. In December of the following year, Mills gave a speech on public health in rural Maine for a group of physicians at Maine Medical Center. Among them were three representatives from the Bureau of Public Health for the state of Maine. Lani Graham had resigned as the bureau’s director, and Governor Angus King and Human Services Commissioner Kevin Concannon were looking for the right person to fill that role. Dr. Dora Anne Mills was the one, and she would go on to serve as the public health director and director of the Maine Center for Disease Control for 14 years.

No equation can represent the blood, sweat, and tears Mills put into making Maine healthier. The complex problems she faced in the public health arena required equally complex solutions. Still, the numbers are impressive. In 2010, Maine ranked as the eighth healthiest state in the country by the United Health Foundation’s America’s Health Rankings, up from nineteenth in 1997. In collaboration with governors King and Baldacci and health professionals throughout the state, Mills focused attention and funds on lowering tobacco use, childhood obesity, and teen pregnancy, as well as prevention and treatment of chronic and infectious diseases. Since 1997, Maine’s teen smoking rates have dropped from approximately 40 percentone of the highest in the nation at the timeto 14 percent, and screening rates for chronic diseases have increased to some of the highest in the country. The list of accomplishments goes on and on. Mills doesn’t say so, but I imagine the rewards of an experience so prolonged and demanding lack the clarity of a Mother Teresa moment. This is the kind of seven-days-a-week, many-hours-a-day job that takes place at a desk, before staggering statistics, boardrooms, packed auditoriums, andin Mills’s casebefore the state legislature and federal agencies. It’s the kind of noble work so many caring and committed people do for little thanks. (Dora: thank you.)

After a brief stint as the medical director for Maine Medicaid, in September of 2011 Mills moved on to the University of New England, where she is vice president of clinical affairs and director of public health programs. Settled on a campus once again, she enthusiastically outlines some of the university’s offerings and initiatives. The University of New England (UNE) confers the only accredited masters degree in public health in the state, which can be obtained completely online. The accessibility of such a program helped make it possible for six health professionals from very rural Maine to acquire this advanced degree. On the clinical front, UNE is leading a national movement in interprofessional education to teach students from a variety of disciplines how to work together by designing collaborative experiences both on campus and in clinical settings. Poor teamwork among health professionals leads to approximately 140,000 preventable deaths per year in the United States, a tragedy Mills and her colleagues are fighting one team-ready graduate at a time. They’re also actively addressing issues such as obesity, rural health inequalities, and health literacy through a number of public health research and service programs. In the future, they plan to create a school of public health.

Lining the walls of Dr. Mills’s office at UNE are bright works of art by her two children and framed photographs taken on her travels abroad. My favorite is of a young boy playing a long black flutelips puckered, eyebrows furrowed in concentration. She tells me about that photograph, about watching Haley’s Comet soar through the sky while hanging on to the rim of Mount Kilimanjaro. She tells me about her husband and her kids and the walks she loves to take along the lake at her camp. She’s partial to Maine lakes, and the western foothills that first instilled in her a love of the climb; here’s a Mainer with the strength of heart and mind to pull her home state along on the trying ascent.

“I have a lot of hope for Maine,” Dr. Dora Anne Mills tells me. “I think because Maine people are so resilient, you know? We’ve got such a beautiful state and beautiful people and I think we are going to be okay.”