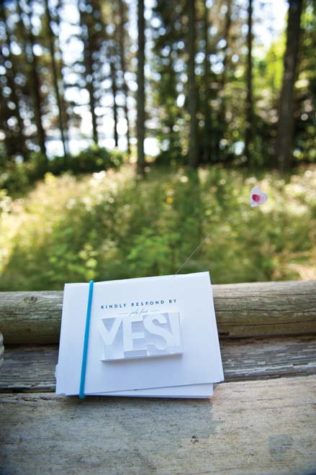 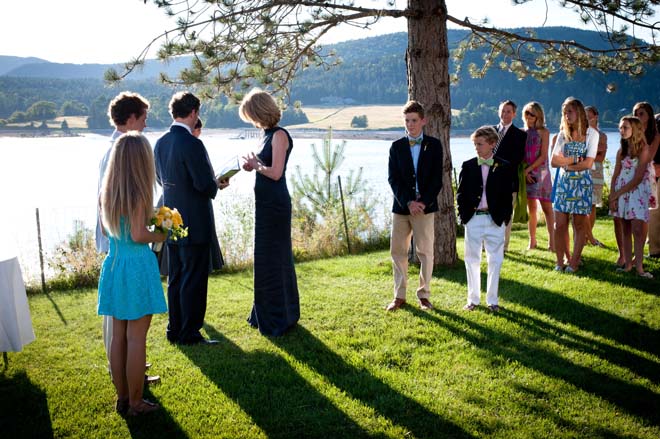 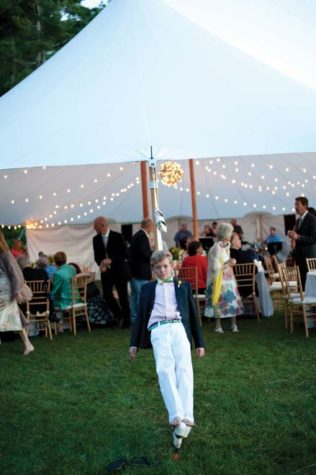 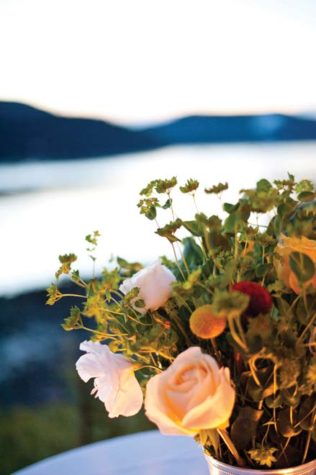 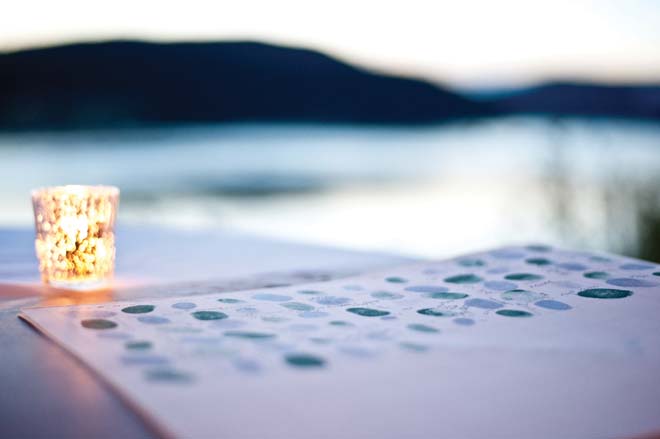 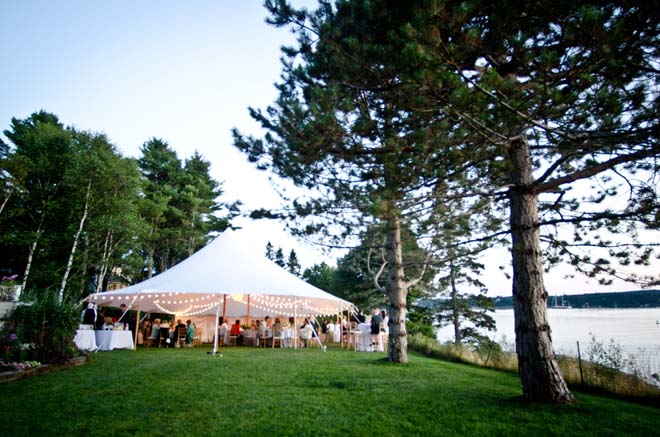 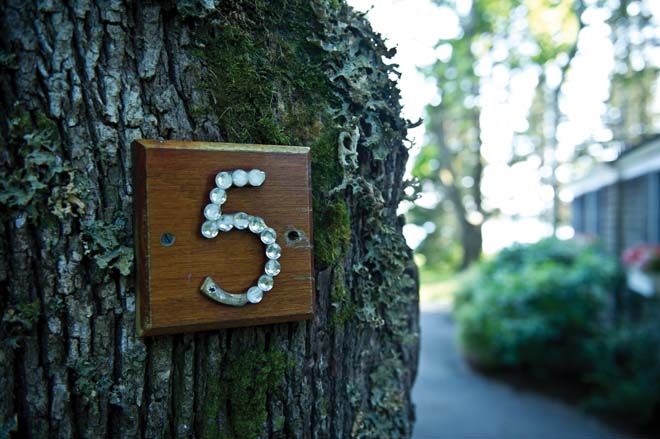 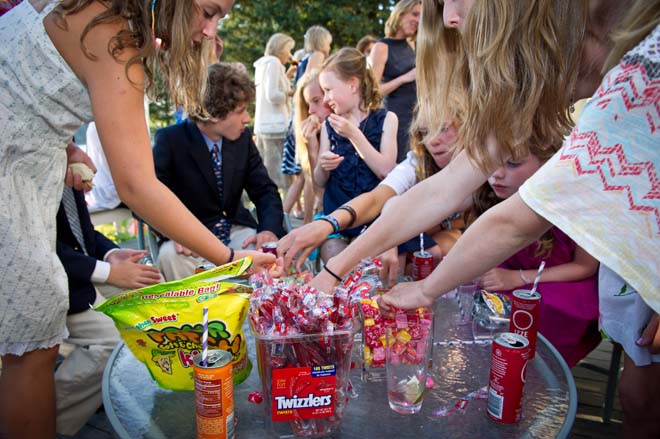 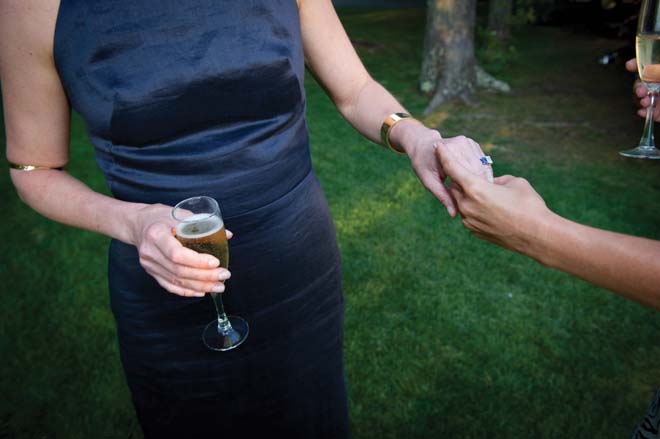 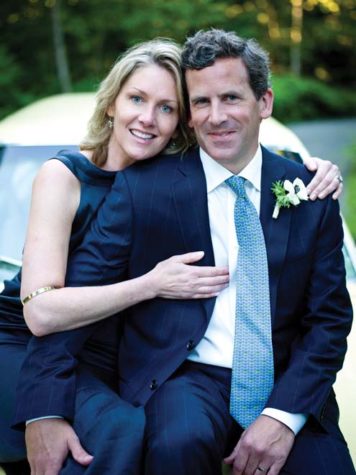 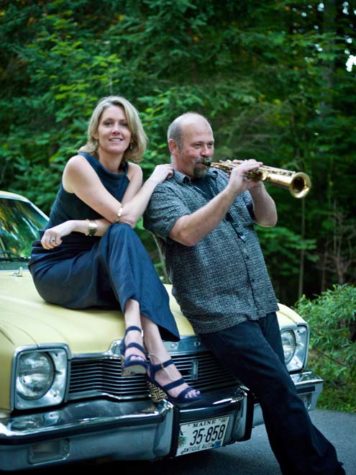 Despite spending summers in the same town and having several friends in common, Bibby hesitated at the thought of a “blind date,” though after seeing Tom’s honest face in a photo, she had a feeling he was someone she’d like to meet. A year and a half later, as the couple was watching the sunset from a thatched rooftop in Jamaica, Tom proposed. That summer they were married on the lawn overlooking Somes Sound at Bibby’s grandmother’s house with their four children by their sides. A simply chic and fuss-free celebration, the couple was joined by family and close friends, some of whom continued the celebration with them until 4:30 a.m. Together they polished off what was meant to be the bride and groom’s top layer of lemon butter cake along with a bit of champagne.

“OUR FRIENDS SUDDENLY ARRIVED AT OUR COTTAGE AFTER THE WEDDING EQUIPPED WITH CHAMPAGNE. THEY NEVER QUESTIONED WHETHER WE WANTED TO BE ALONE. THEY JUST CAME AND STAYED…
IT WAS FANTASTIC.”

that photographer?
Winky Lewis is an old friend of the bride’s from grade school, and she has loved Winky’s photography for years. “She is a spectacular photographer and an incredibly calm person,” says Bibby. “Her pictures were exceptional.”

rehearsal dinner on Little Cranberry?
To treat their guests to the quintessential lobster dinner in a relaxed setting, Tom and Bibby chartered a ferry called the Sea Princess and took a group of 60 to the Islesford Dock Restaurant on Little Cranberry Island for a traditional Maine supper.

that cake topper?
To continue an ongoing joke about Tom’s qualms about squirrels, his greatest pet peeve, Bibby had a porcelain topper made by MelaboWed, an artist on Etsy, that depicted the groom as a squirrel.

that gown?
Bibby was trying on dresses at Saks in New York with her friend Sarah, who insisted she try on a navy Martin Grant. When Sarah began tearing up in the fitting room, Bibby knew she had found the right one.

that planner?
Bibby did most of the planning until two weeks before the wedding, when she’d “had enough,” and decided to turn it over to Sweetest Thing Weddings. Bibby loved their portfolio and after a few minutes on the phone with them, knew they were true professionals and would be a great fit.