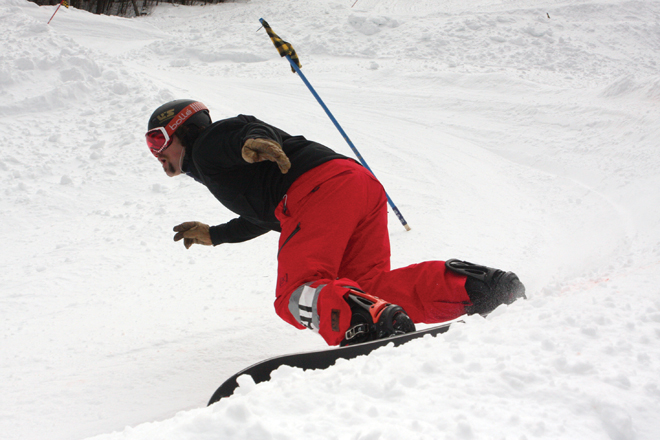 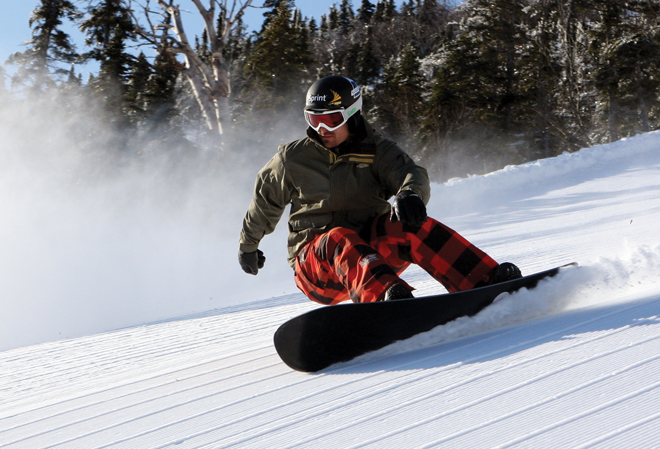 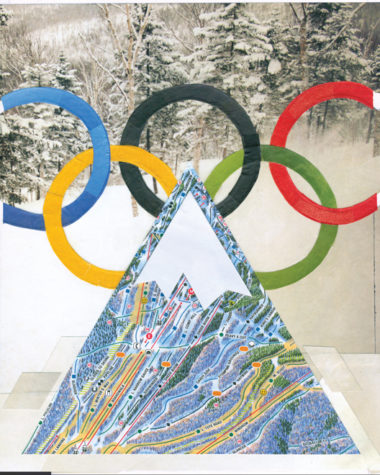 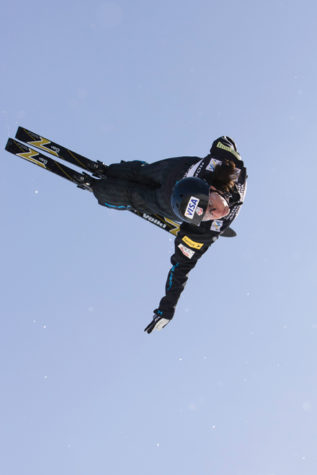 Freestyle skier extraordinaire Emily Cook has been competing professionally since 1995. She represented the U.S. in the 2006 and 2010 Olympic Games, and with a 2013 ranking of second in the World Cup overall aerial standings, Cook says she’s “definitely feeling more prepared than ever going into Sochi. I think that the experience of being a two-time Olympian will be priceless going into the 2014 Olympic season.” Originally from suburban Boston, Cook joined Carrabassett Valley Academy’s program at the age of 14 and, by 17, made the U.S. Ski Team. She went on to become a World Cup winner and U.S. National Champion. Anticipating fierce competition in Sochi, Cook has been adding tricks to her repertoire this summer, and has her eye on a medal.

On the line from Park City, Utah, where he’s training with the U.S. Ski Team, Dave Digravio sounds casual and remarkably carefree: “It’s only skiing,” he says, when I ask about how’s he’s prepping for the upcoming World Cup events, and hopefully the Games. The freestyle mogul skier, who moved to Maine as a teenager from Massachusetts to learn and train at Carrabassett Valley Academy, has made his way through the ranks to become one of the elite seven on the World Cup team. DiGravio is a 15-time World Cup top 10 finisher, and a serious contender for one of the top three spots and a chance at gold

Two-time Olympic champion Seth Wescott made his debut on the world stage at the 2006 Winter Olympics in Torino, where he won gold as the first Olympic champion in the snowboard cross event. While an inspiration to snowboarders around the world, in his hometown of Carrabassett Valley, he’s still a familiar if much revered face on the mountain, at the golf course, and at the Rack, the slopeside restaurant and bar Wescott co-owns. Although he’s coming back from left knee construction, the two-time gold medal champion remains hopeful he’ll get a third chance to compete in the Games. He’s currently in New Zealand, undergoing rigorous physical therapy and training in the gym and out on the snow.

Alex Tuttle, of Stratton, started skiing at Sugarloaf through the mountain’s local Ski/Skate Program. Now, he’s on the other side of the world, in New Zealand with mentor and fellow Sugarloafer Seth Wescott, training for the snowboard cross World Cup events that could qualify him and three other Americans for the 2014 Sochi Games. “I will be continuing my six-day-a-week workout plan with a focus on explosiveness and speed,” says Tuttle in anticipation of the Games. “We have the deepest talent pool in the world in our sport and it is an honor to compete for one of the spots.” At the end of the ride ahead, the Carrabassett Valley Academy alum is looking forward to coming back home to Stratton, to his “place of serenity.”

A seven-time World Cup podium finisher and a two-time National Champion in both dual and single moguls, Maine native Jeremy Cota is now trying for a spot on the Olympic team. After finishing third in the world in 2012, he suffered a bruised heel in the second competition of last year. Like he says, “it’s hard to ski moguls trying to stay off your heel,” but Cota has been training hard all summer, spending the majority of his time in Lake Placid at the Olympic Training Center. “It will be tough as our men’s team is very strong,” says Jeremy’s mother, Micki Cota, “but Jeremy stands as good of a chance as anyone so we are keeping our fingers crossed.

Arguably the best American male Alpine skier ever, Carrabassett Valley Academy alum Bode Miller has won medals at the Games in four different disciplines—five more than any American skier. He is a five-event skier on the World Cup circuit, mastering the downhill, super-g, giant slalom, slalom, and combined events alike, and is looking to qualify for his fifth Olympic Games. After a less than stellar showing at the 2006 Games, Miller went on to win a bronze and silver in 2010. Following knee surgery, Miller skipped the 2012-2013 ski season in anticipation of this winter in Sochi. Healed, and honing his skills in Chile this fall, the superstar skier is ready to race.