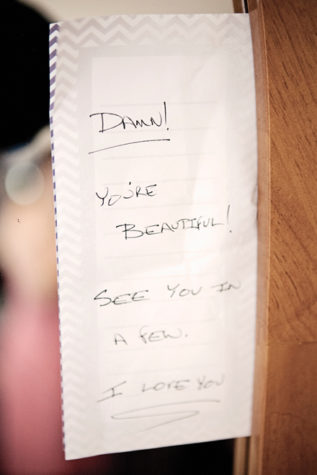 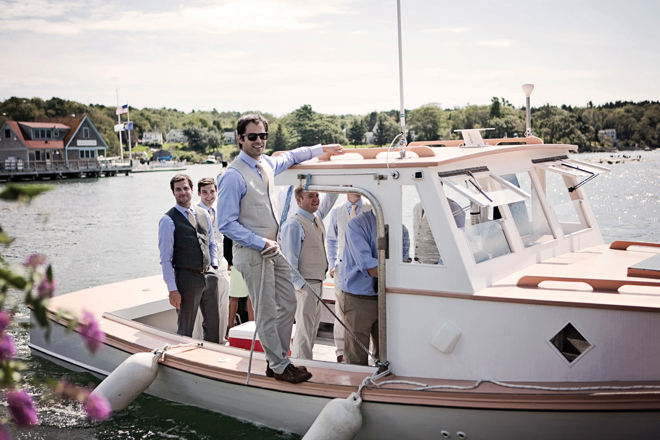 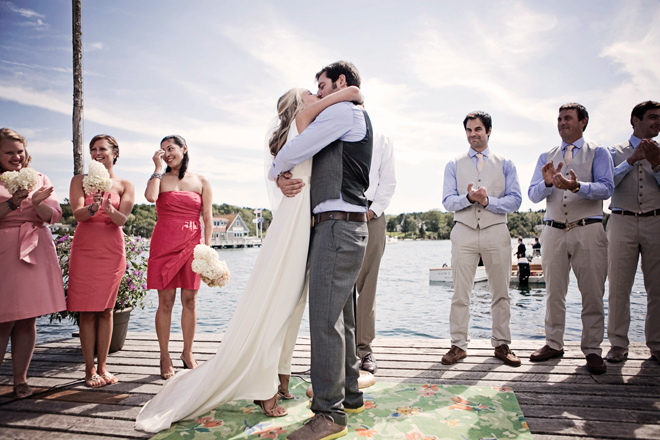 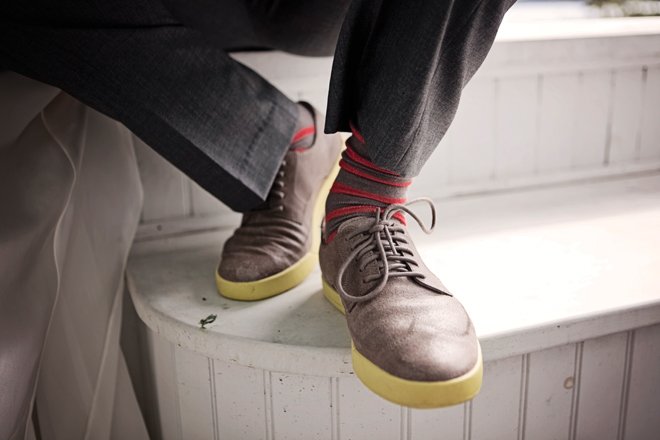 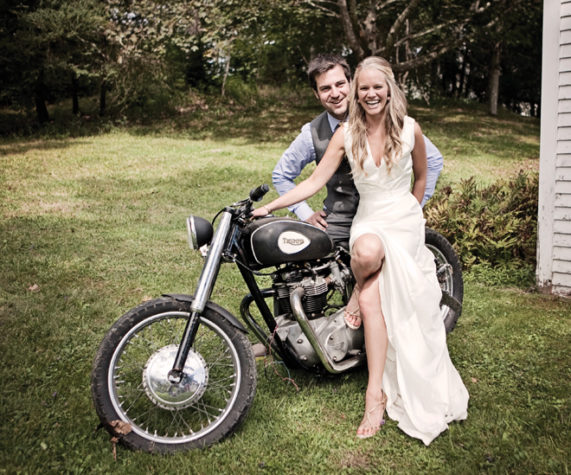 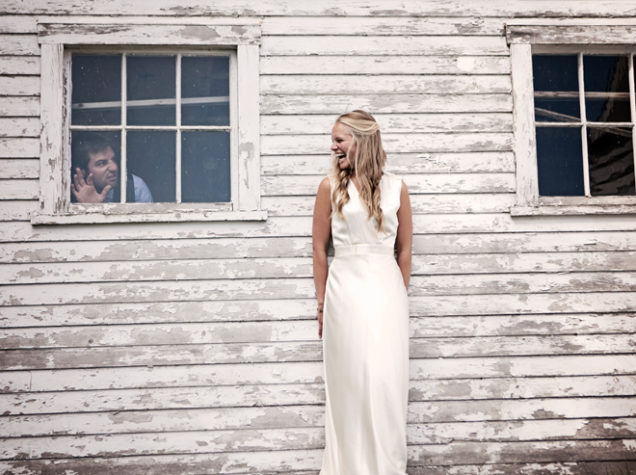 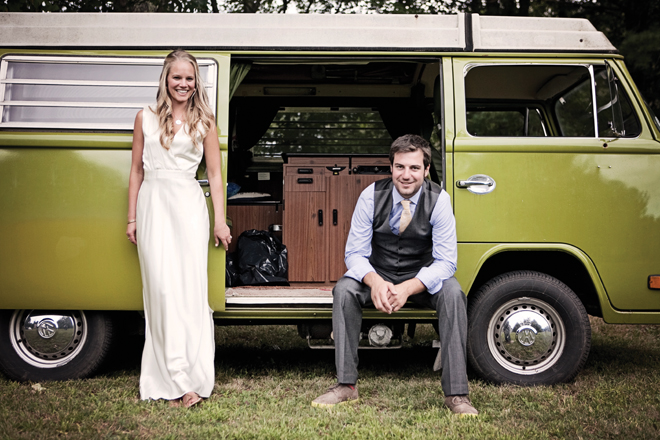 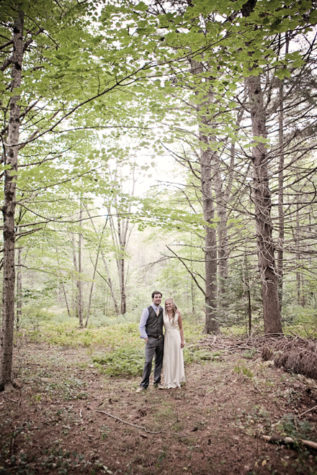 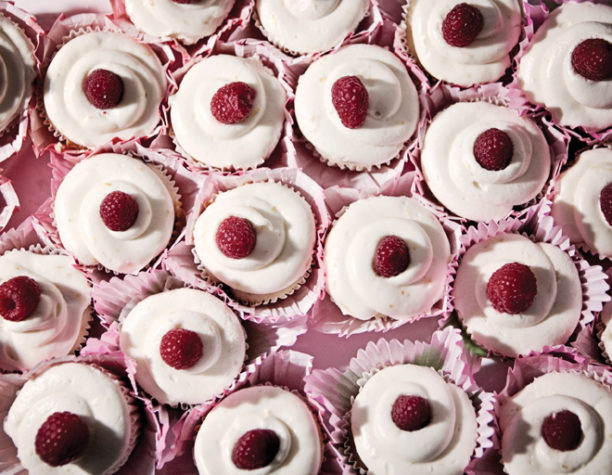 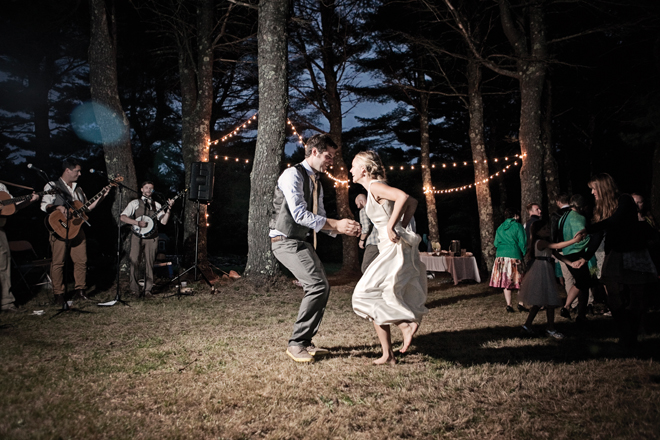 After Abby made an impression on August at a party hosted by a mutual friend, he went about trying to track down her number, calling people he “barely knew” and finally resorting to Facebook. He called and texted a few times, but gave up his attempt to see Abby again when he didn’t hear back. As it turns out, he had input the wrong number into his phone. Realizing his mistake, and hopeful once again, he ran into her the next day at the Pemaquid Oyster Festival. In his words, “that was that.” The pair had been building their own home for a year when August proposed. It was ten degrees on a January day, and after the first section of their timber frame home had been raised, the snow began to fall. August got down on one knee. The pair married eight months later in a light-hearted celebration of their love for each other, and also of their love for family and friends.

“WE HAD YARD GAMES SET UP FOR OUR GUESTS TO USE—CORNHOLE, LADDER BALL, AND FROM SOMEWHERE A SLACK LINE SHOWED UP. IT WAS  REALLY FUN TO HAVE GAMES, AND THE KIDS LOVED IT!”

the Polaroids? Instead of a standard guest book, the couple bought film for their old Polaroid. Each guest posed for a picture upon arrival, taped it in the book, and then signed it. The result was something like a photo booth effect without the price tag.

that food? Wanting their reception to be very casual, the couple decided a pig roast was the way to go. “We knew that a pig roast would be a fun way for people to relax and not be afraid to get dirty.”

those flowers? Family and friends picked hydrangeas for the centerpieces the day of the wedding. It was important to the couple to invite their many friends and family members, so rather than trim the guest list they made sacrifices in other areas. Two hundred and twenty five guests were in attendance.

the wharf? The wharf where Abby and August married is directly across from the groom’s parents’ cottage and belongs to close family friends, who have passed a lot of time on that wharf over the years and have been an inspiration to the couple.

those shoes for the groom? “I have always been a goofy guy, especially with Abby,” says the groom. “We saw the shoes and it just seemed to fit my personality and our relationship.”