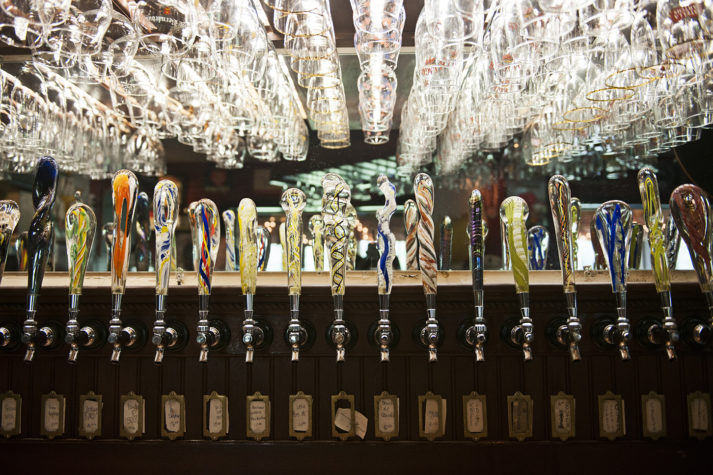 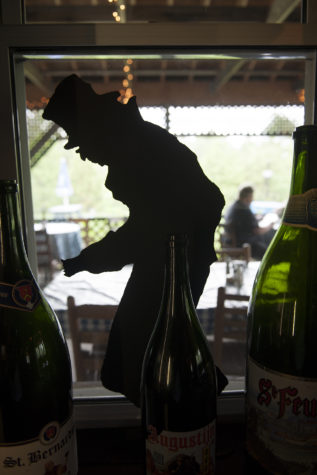 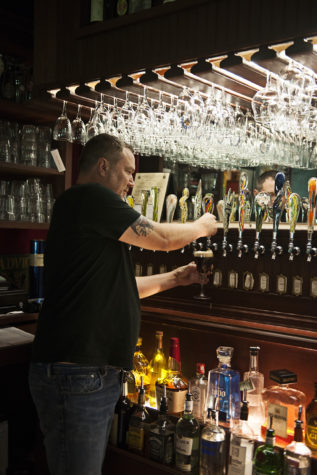 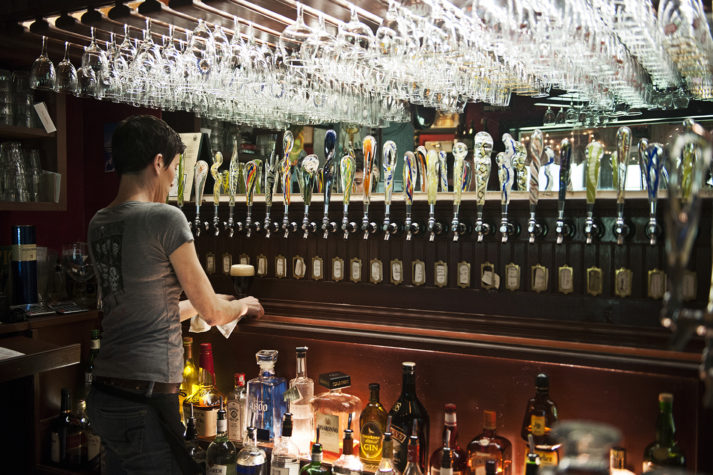 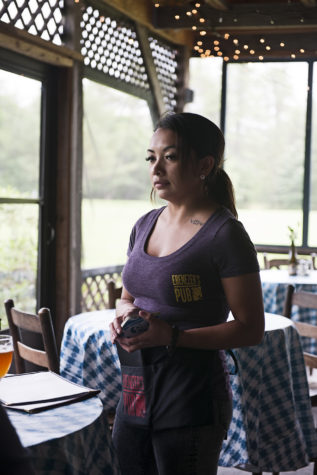 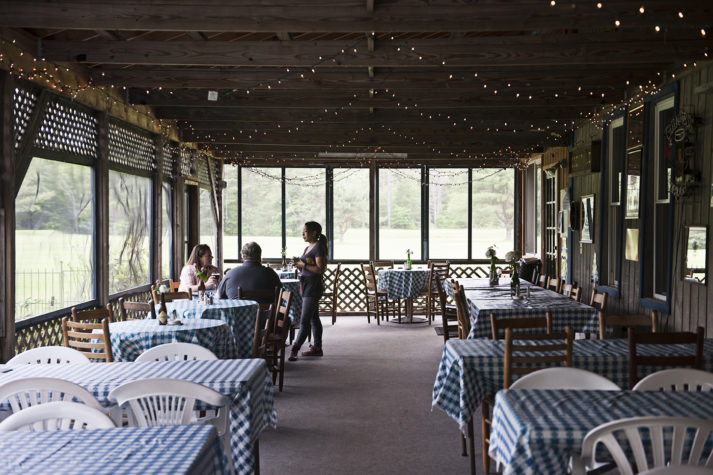 The screened-in porch that borders the Kezar Lake Country Club 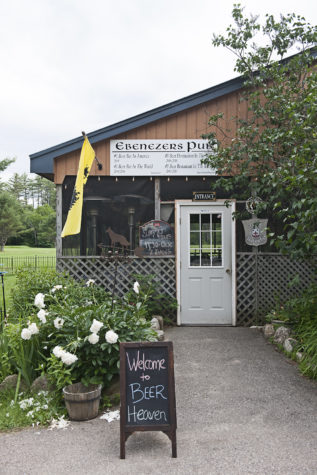 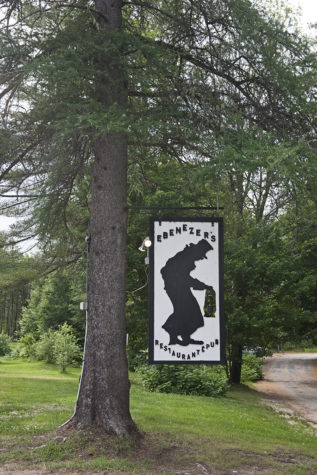 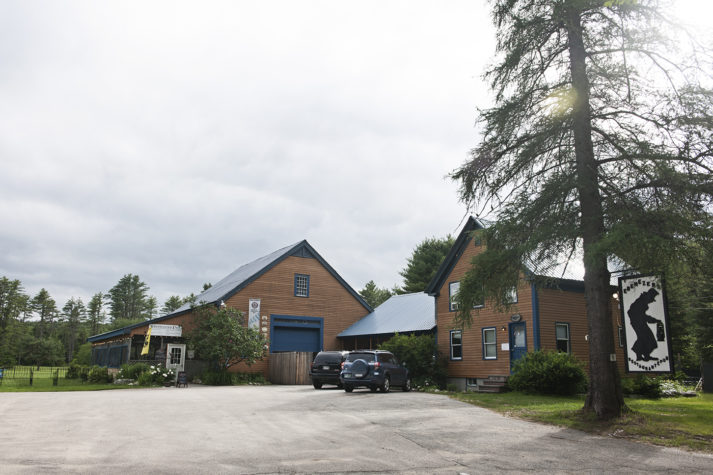 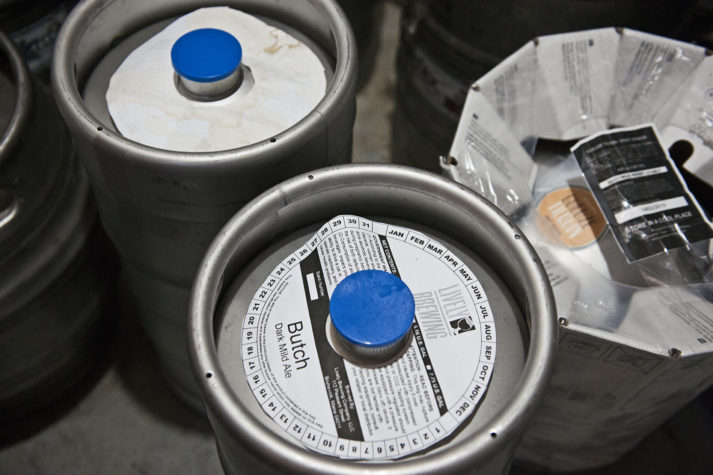 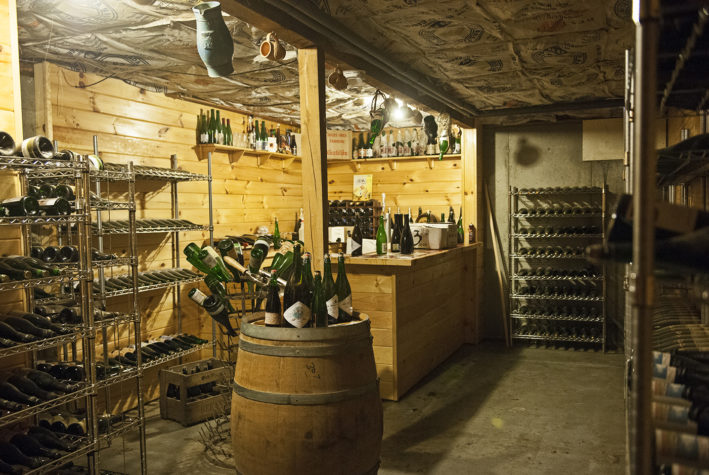 Lively gives tours of the beer cellar each year 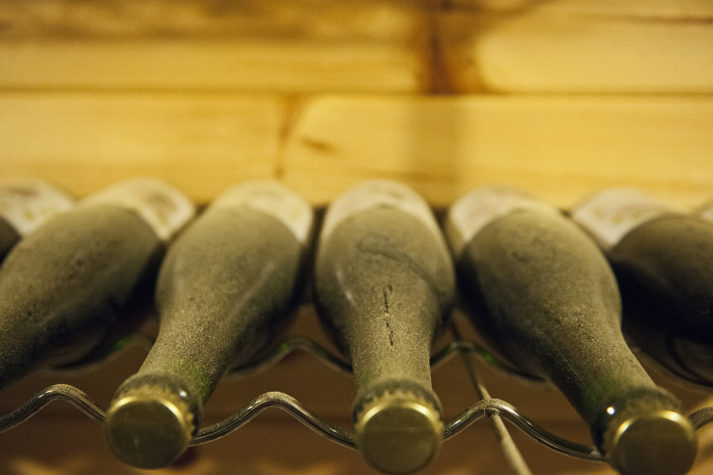 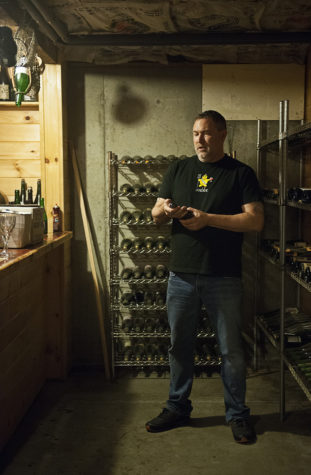 Chris Lively takes us into the beer cellar at Ebenezer's Pub. 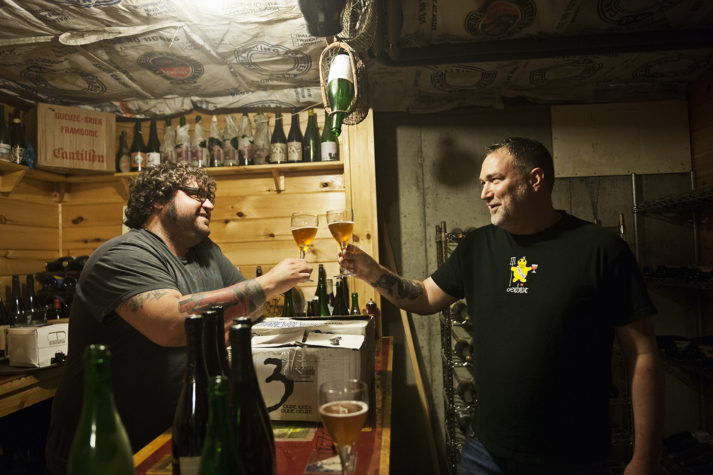 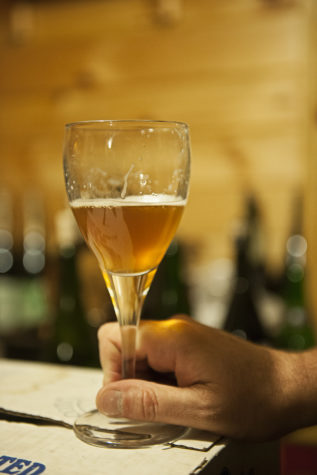 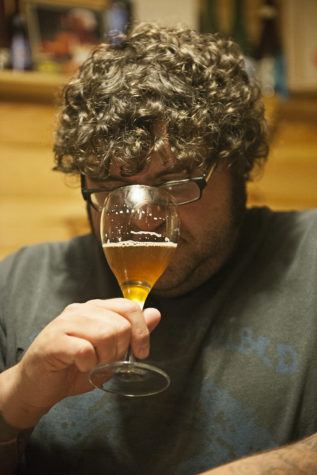 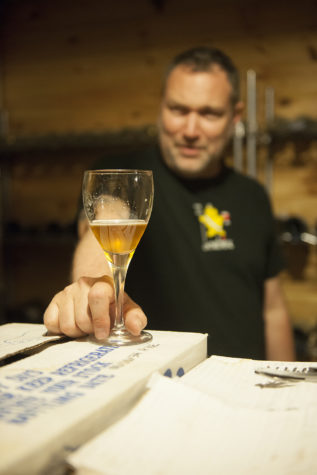 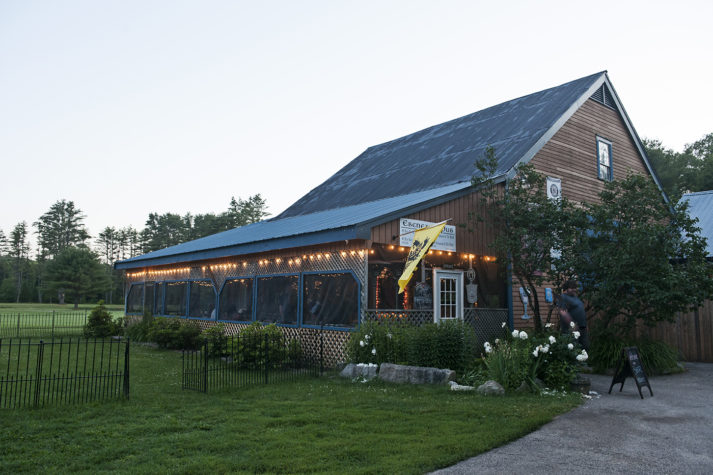 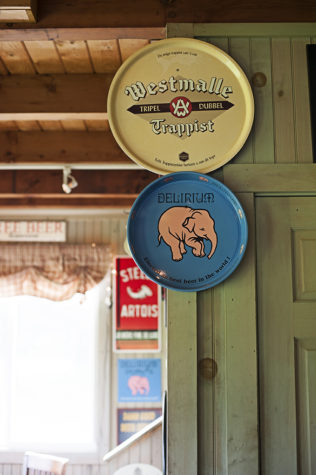 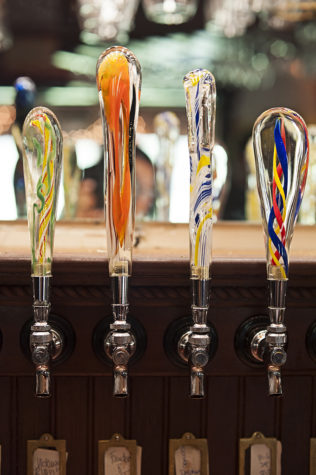 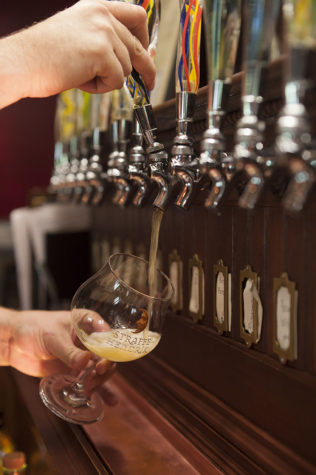 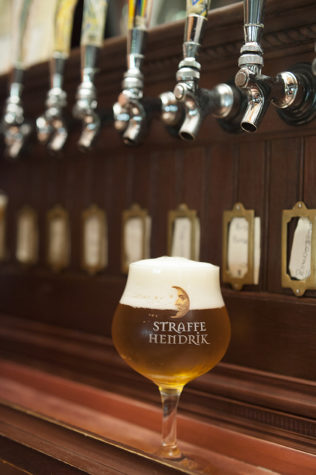 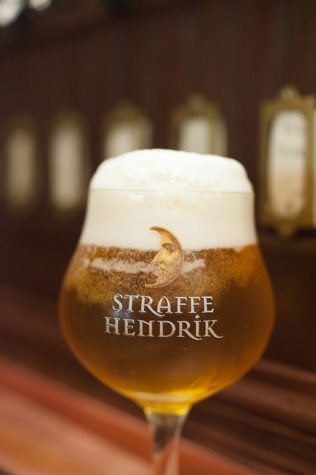 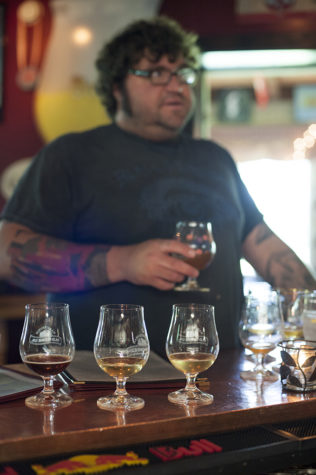 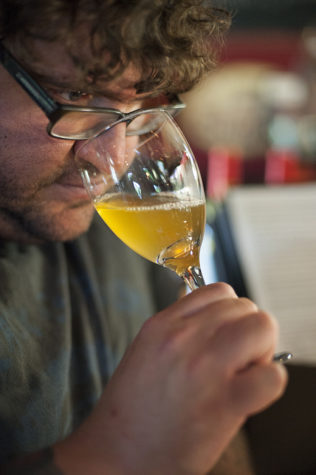 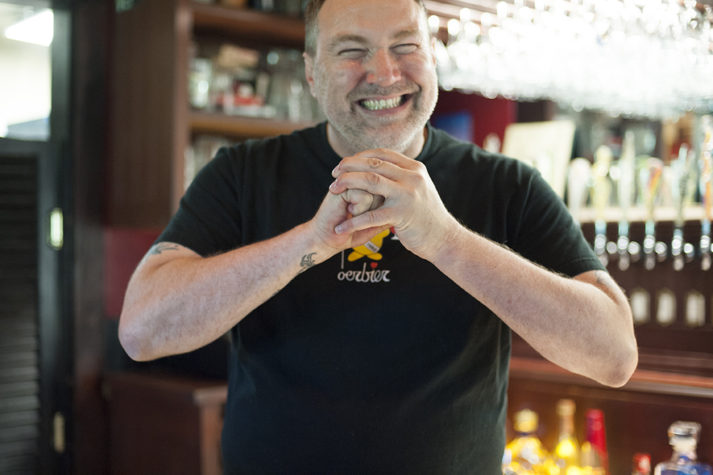 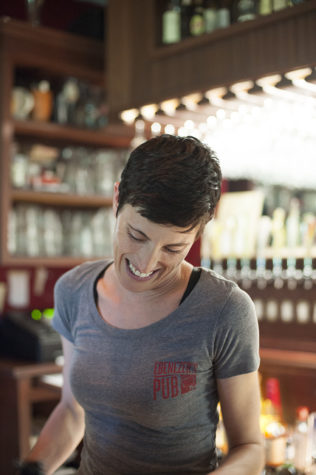 Simply put, Chris Lively, co-owner of Ebenezer’s Pub in Lovell, is one of the most prominent personalities in the beer world.

Nestled in the woods of Lovell, right next to the fairway of the Lake Kezar Country Club, you’ll find Ebenezer’s Pub, home to one of the single greatest collections of beer in the world. For Lively, who runs the pub with his wife Jen as well as a pub in Brunswick, beer is in his blood. The man has hosted nearly every significant brewer in the world in his cellars, evidence of which is left behind in signatures scrawled over the wooden beams. And he is actually being knighted in Belgium for his contribution to the beer world. His annual beer dinners command waiting lists over a thousand deep, and for good reason–almost all of the beers this particular menu are once-in-a-lifetime opportunities, some being as many as 100 years old.

I admit to being unaware of the extent of what I was getting into on my inaugural visit to Ebenezer’s, but after 15 minutes Lively sets the tone for me. From hand-blown glass tap handles, Lively pours samples of 12 different beers, chosen stylistically after I profess my affinity for sours.

“Well, you’re in the right place,” Lively says, “I’ve got some stuff that’s going to blow your mind.”

After the samplings, Lively implies that the “actual party” is about to begin. I follow him from the bar, out into the parking lot, where we enter the cellar through an unmarked door. The air becomes cool and musty as we descend the steep, slippery steps. Once we are inside, I begin to have an appreciation for how Howard Carter and his team must have felt when they first stepped into the burial chamber of Tutankhamun. Three rooms packed with extraordinarily rare bottlings are not unlike catacombs and in the very last is the bar where Lively holds court.

Throughout the year, he conducts cellar tours for both collectors and beer geeks alike, and I feel privileged to enjoy a private audience. Dead soldiers line the walls, and the surfaces have developed a bizarre sticky texture from matter in the air emitted by the plethora of wild yeast beers.

“Don’t worry, almost every Belgian brewer worth mentioning has had his elbows stuck to that bar,” Lively continues, “it’s kind of a rite of passage.”

I think it’s important to clarify that my obsession with sour beers stems from being an avid wine drinker, above all else. In his cellar, Lively has lambic beers, which have the same bracing acidity, tartness, and balance of great French wine. In fact, wine is what most of these producers drink on their own time. Lambics are produced by spontaneous fermentation and are exposed to wild yeasts and bacteria strains that impart variation from vintage to vintage. Different vintages of these lambics are blended and bottled in a style known as gueuze. These beers age better than any in the world due to all of the aforementioned characteristics. They also fetch higher price tags than any in the world, and inspire a fanatical following among those in the know.

Lively begins by opening an aged bottle of Belgian blender 3 Fonteinen’s Oude Geuze, a blend of one-, two-, and three-year-old lambics. The level of carbonation was breathtaking, giving way to flavors of citrus and funk. Stunning. Noticing my appreciation of this bottle, Lively decides to up the ante and fires up a bottle of a limited-edition gueuze blend from the same producer, going simply by the name Zomer, “Summer.”

“This one has the diesel that you’re looking for,” Lively says, describing the pronounced mineral and petrol flavors evident in the Zomer. I can’t help but agree, as these notes are rounded out with both fruity and floral characteristics.

And so it goes for another solid hour before I realize that throughout this endeavor I have grown quite hungry. Lively happily obliges and escorts me back upstairs to the bar and hands me a menu. Ebenezer’s has almost every pub classic you could imagine because what goes better with great beer? I order the Ruger Burger with cheddar as well as a mushroom and onion gravy. I don’t stop there—I request that the fries served alongside be done as poutine and they come with fresh cheese curds and another rich dollop of gravy. Lively pours me a Japanese lambic brewed with cherry blossoms and the feeding frenzy that ensues involves very few words as this was one of the best burgers I’ve had in awhile.

My experience is not to say that Ebenezer’s doesn’t have every style of beer that one could imagine, the list is quite staggering, but the large selection of sours is what makes it special to me personally. It is easy to see why people travel from far and wide to come to Ebenezer’s, but it’s also just as apparent why it has become a favorite haunt for the colorful local personalities. Lively knows he’s got something extraordinary on his hands, and he is always happy to share something new with those who make the journey to either Lovell or his brewpub in Brunswick.