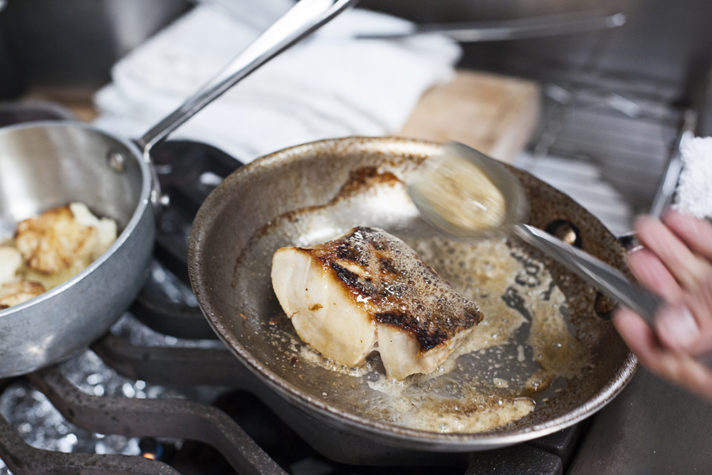 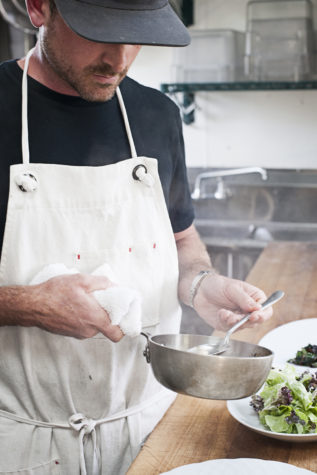 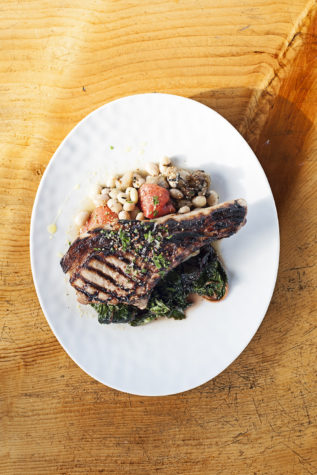 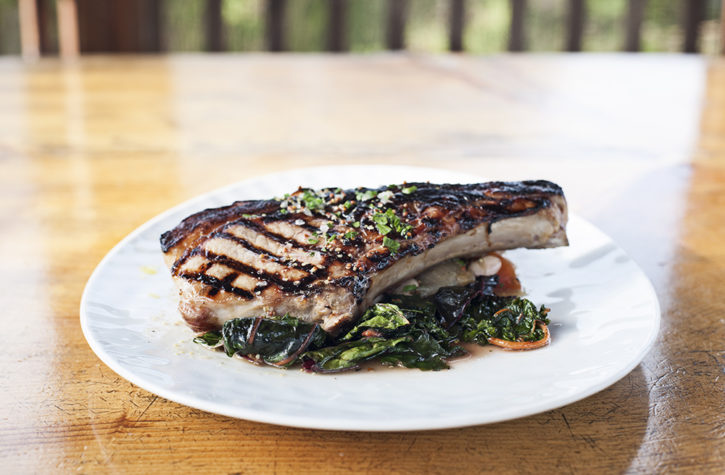 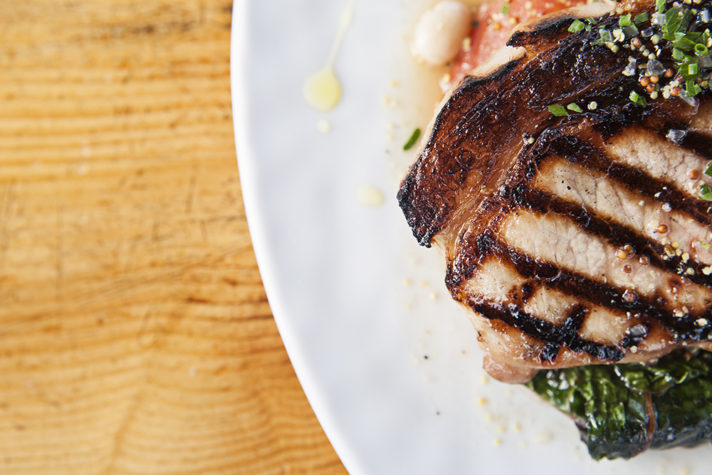 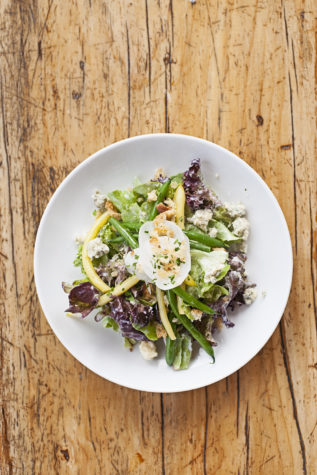 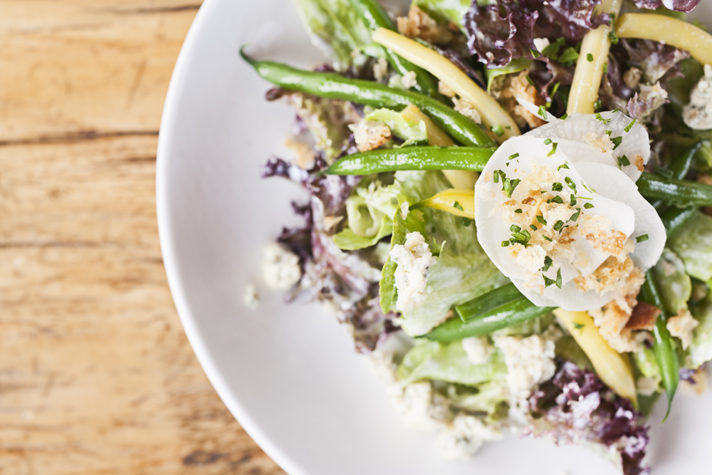 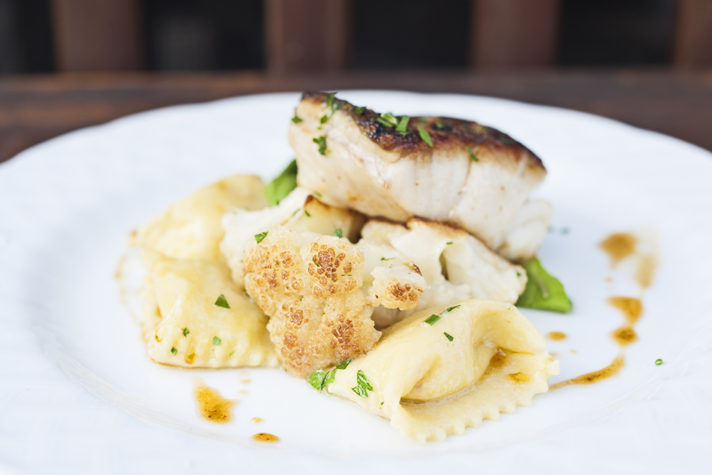 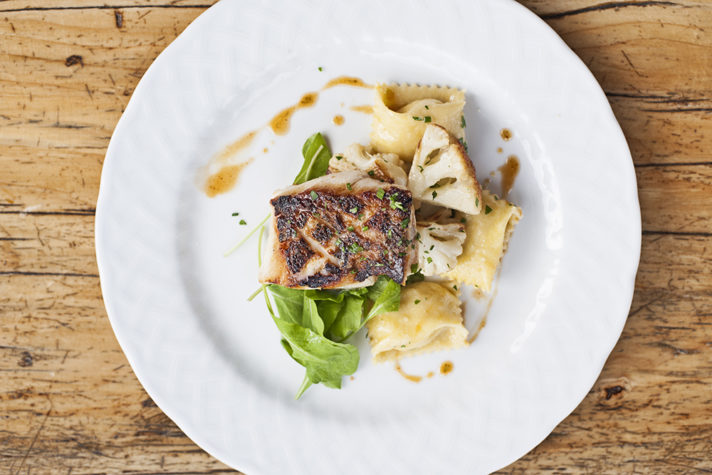 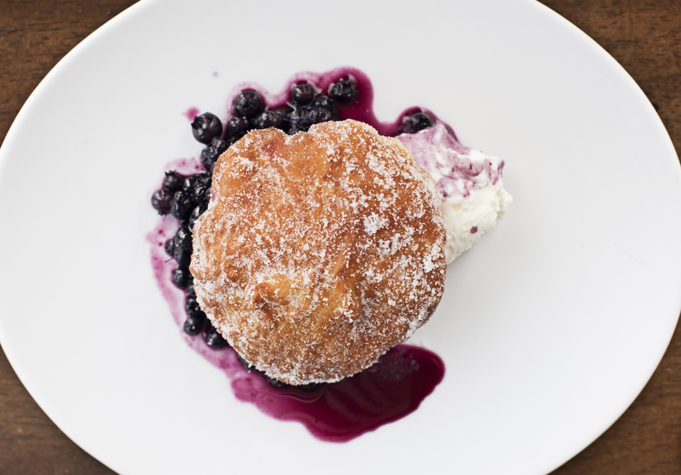 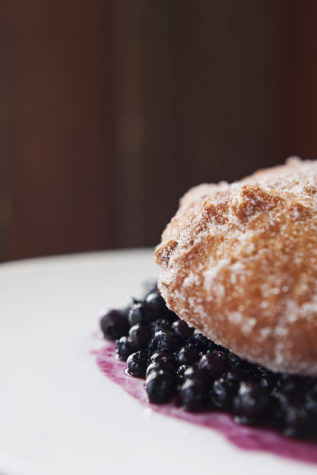 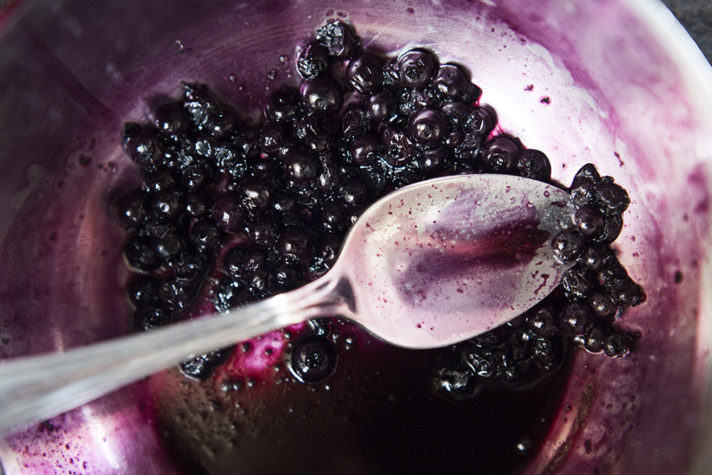 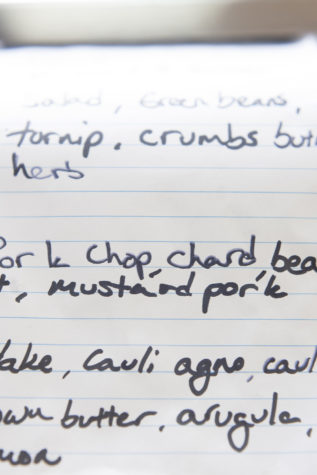 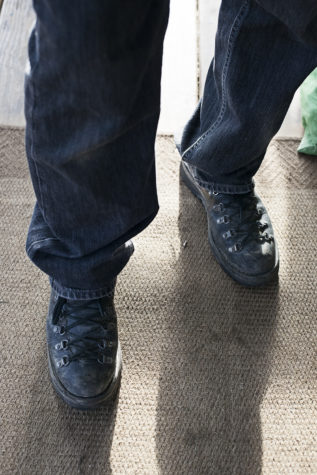 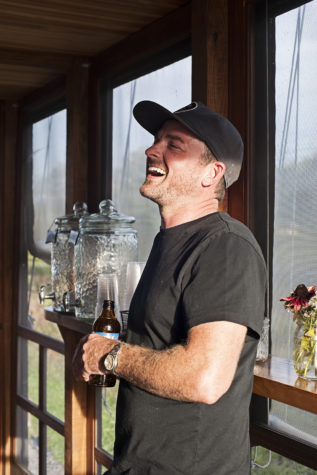 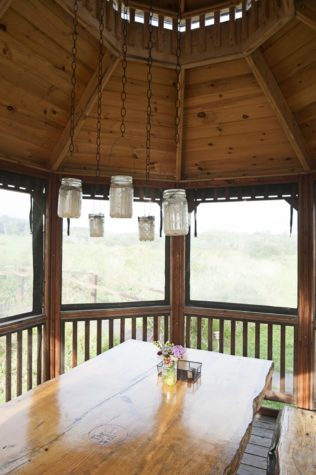 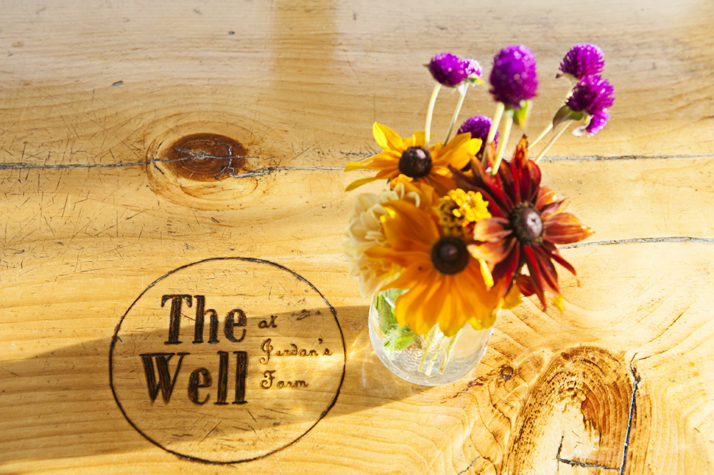 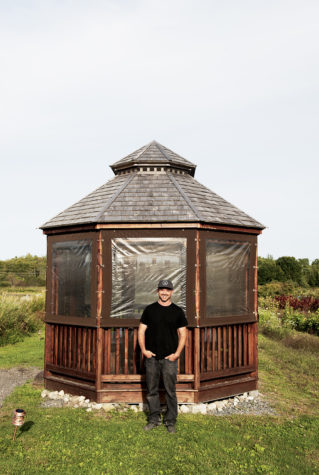 The owner of The Well, Jason Williams 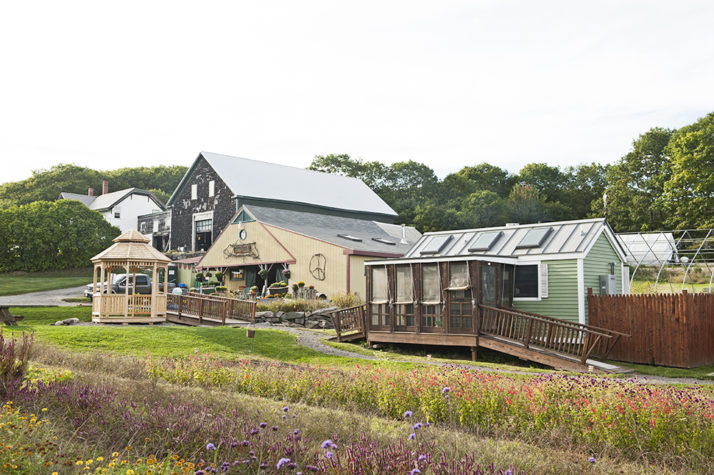 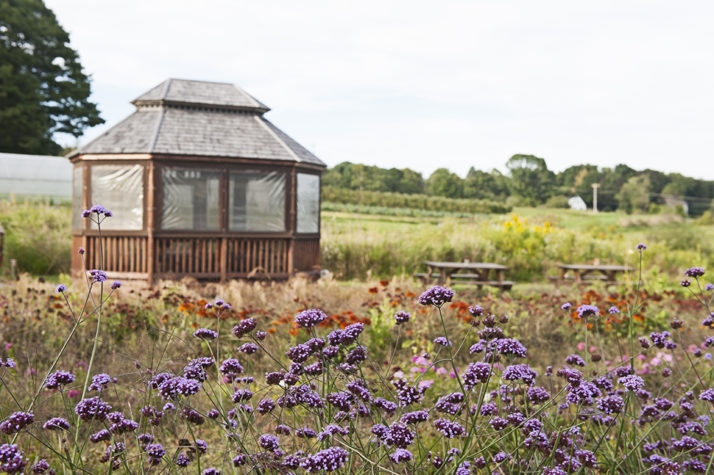 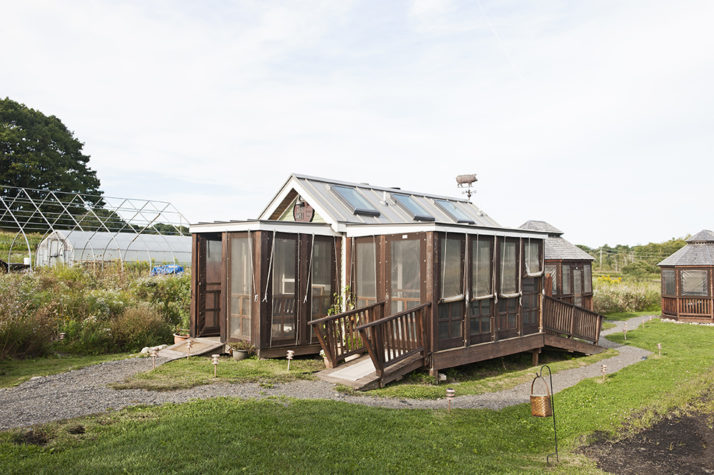 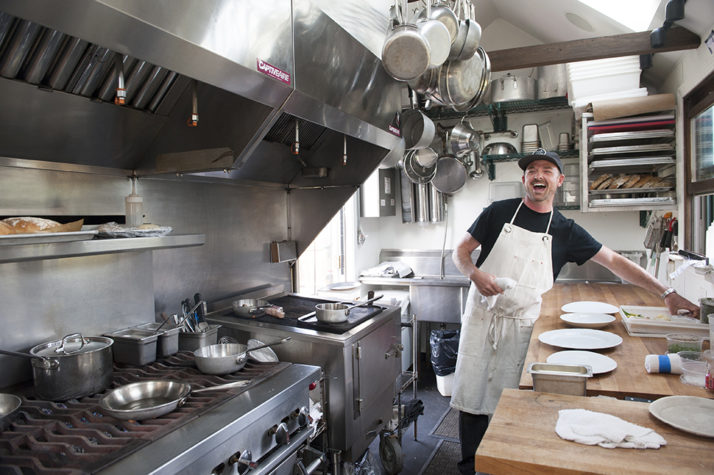 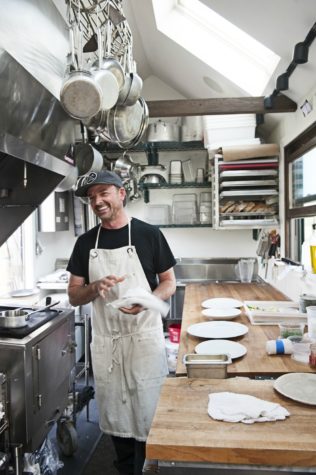 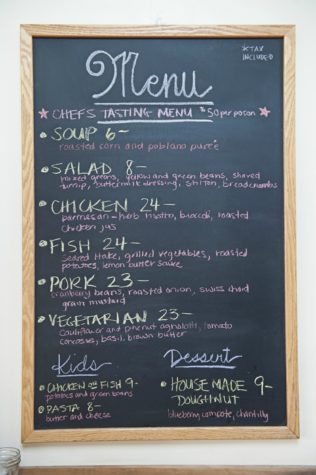 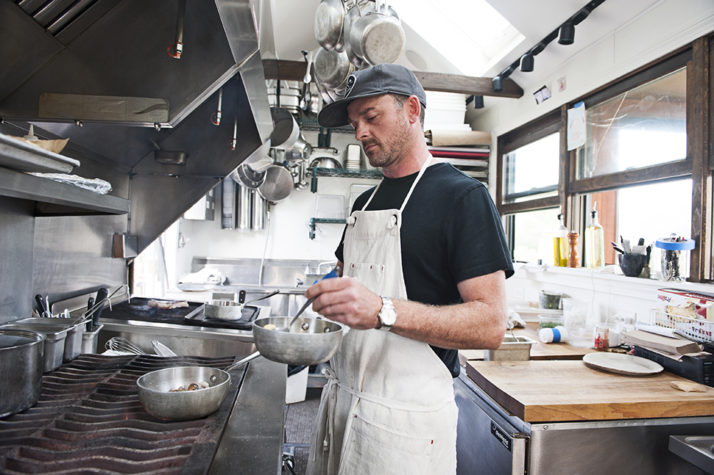 Jason Williams at work in the kitchen 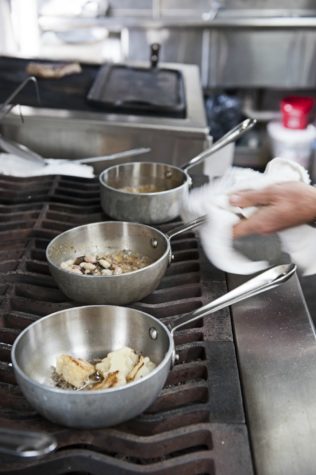 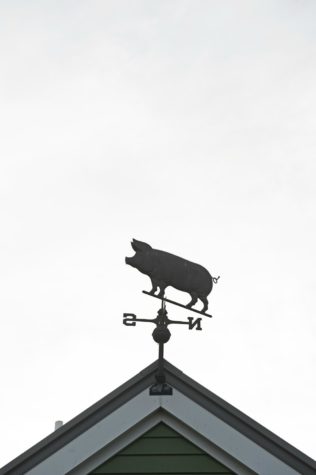 The Well at Jordan’s Farm

The manner in which Jason Williams has transformed a small patch of farm into a restaurant boasting one of the most sought-after dinner reservations in southern Maine is nothing short of genius.

I met Williams some time ago, when he was working under Larry Matthews at the Back Bay Grill, which as it turns out, was around the same era that he began to envision the concept for The Well.

“I remember going to Jordan’s Farm to pick up the produce for BBG,” Williams recalls. ”I loved wandering around the farm to the point where I didn’t actually want to go back to work.”

He began to envision a small restaurant incorporated directly into the farmstead, with easy access to a plethora of fresh ingredients and one of the most picturesque natural dining rooms one could imagine. The only problem was that there were no buildings on the property to house a commercial kitchen.

Undaunted, Williams decided to get very creative. He purchased a flatbed trailer and built a kitchen on top. He sourced out both a high quality range and a wood oven, installed a few small fridges, and utilized his car as dry storage (they have since built a larger, albeit less mobile, shed to serve this purpose).

The restaurant opened in 2010, with seating restricted to a few random picnic tables, a gazebo, and a chefs counter within the kitchen. Food was served on a thought-provoking hodgepodge of paper plates and Bernardaud China (holdover relics from the now-defunct Evangeline bistro), and patrons were urged to bring both their own wine as well as insect repellent because, as the sun goes down, the dining room is at the mercy of mother nature.

Each year since has brought with it an increase in business, prompting the construction of additional gazebos, equipped with brand new pine tables and benches, as well as a more comprehensive system for handling reservations.

Now in their fourth season, Williams knows that in order to maintain the integrity of what he does, he needs to keep the operation small. It is already difficult enough to keep up with his patrons insatiable appetite for freshly baked loaves of bread that are served with decadent, perfectly salted butter. There are only so many ovens, you know?

For the most part, Williams cooks whatever he feels like cooking. On a typical night, The Well offers at least two starters, a salad, and four entrees. “I wanted to focus on simple, non-intimidating food,” Williams tells me. “So people could really wrap their head around it and realize that they, too, have access to the ingredients to make the dishes themselves if they so desired.” Although, he jokes, ”I think they’ll still like my version better.”

I’m hard pressed to argue with him after I taste the Breezy Hill Farm pork chop, perfectly seared until the sweet, luscious fat has crisped up like a piece of candy. It is accompanied with fresh cranberry beans and Swiss chard from the farm and finished with a piquant grain mustard sauce, a perfect example of how simple can be transcendent.

Williams purchases from high-end purveyors like Browne Trading, the quality of which is evident in a dish of pan-roasted hake with charred cauliflower and freshly made pine nut agnolotti, which rests in a velvety lemon butter sauce. Other superlative elements come directly from the farm, such as a refreshing salad of mixed greens, yellow and green beans, shaved turnip, and fresh breadcrumbs tossed in a creamy buttermilk dressing.

When it comes to dessert, Williams admits that he is “pretty much good at one thing, which is doughnuts.” This particular incarnation, served with Chantilly and blueberry compote, is so good that I actually want seconds.

Which brings me to my final point about Jason Williams. He is a man whose passion for food is genuine in every sense of the word. There is no ego, no holier than thou attitude, just a chef cooking food that he personally likes to eat. In the off-season, he travels and works as a private chef for athletes sponsored by Burton Snowboards. They, like me, put their trust in Williams. Whether he gets his ingredients from The Wells backyard or has to bring them in from other Maine-based businesses, I know he will always create something fantastic. The Well simply is what it is: a great restaurant with direct access to great ingredients.

And that is good enough for me.