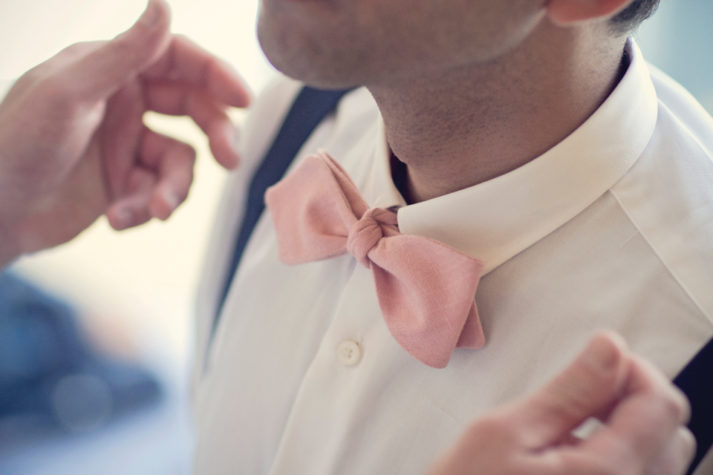 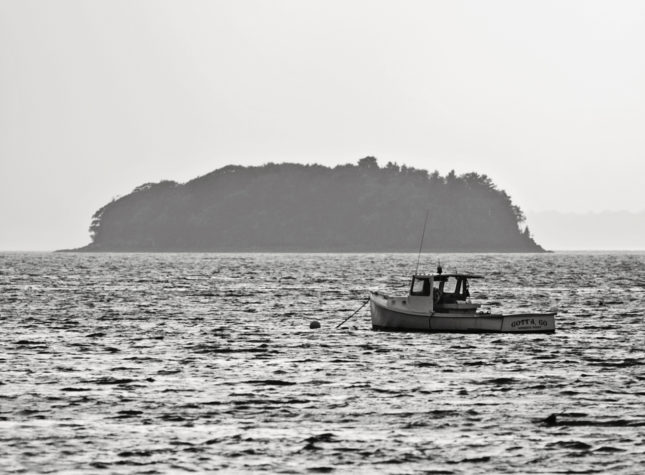 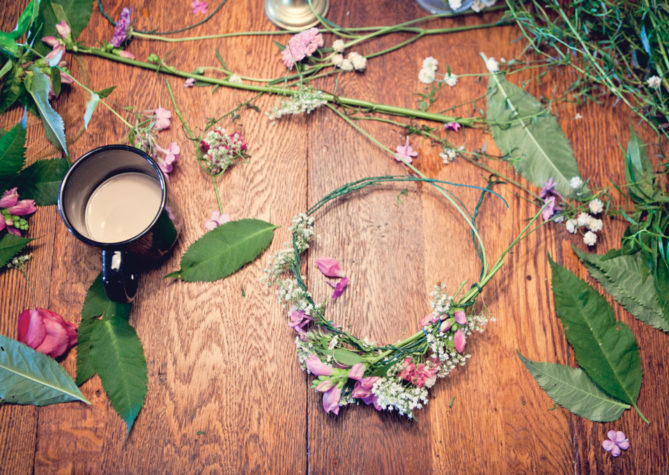 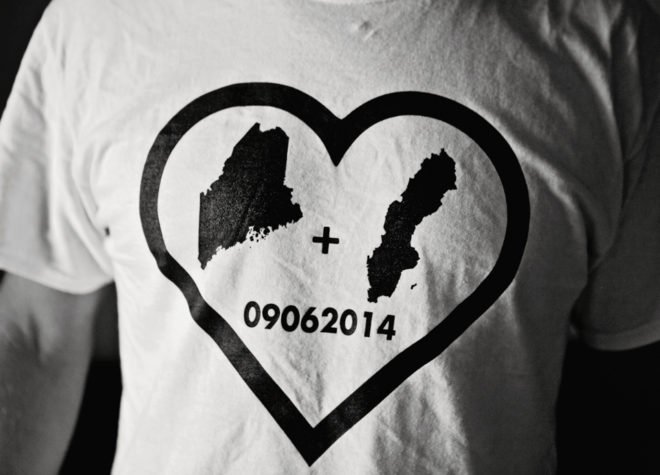 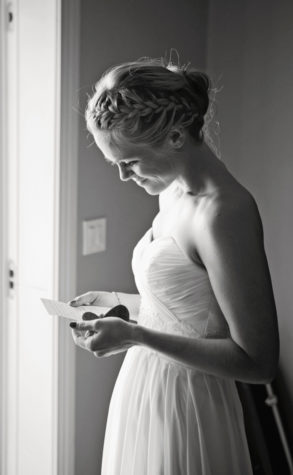 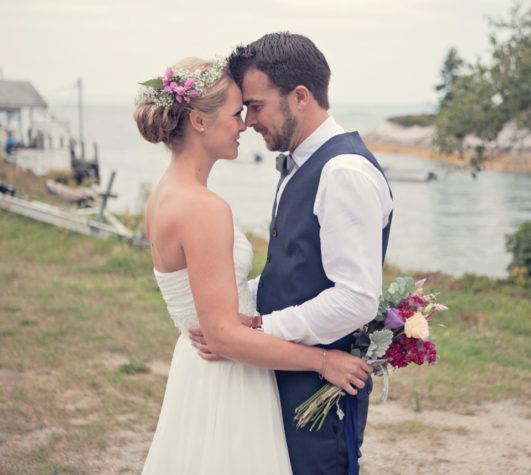 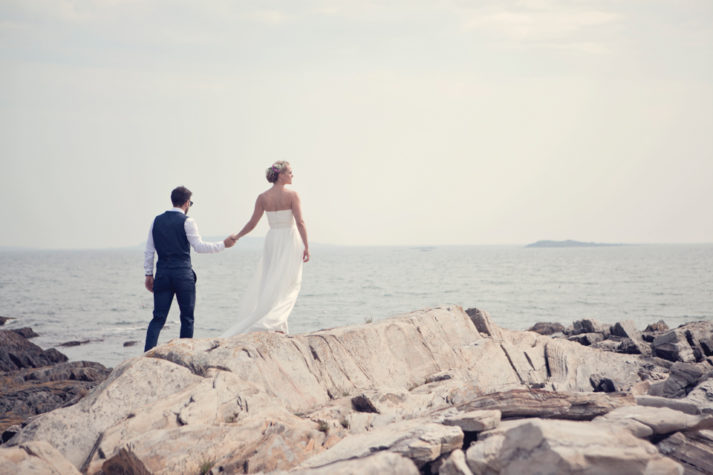 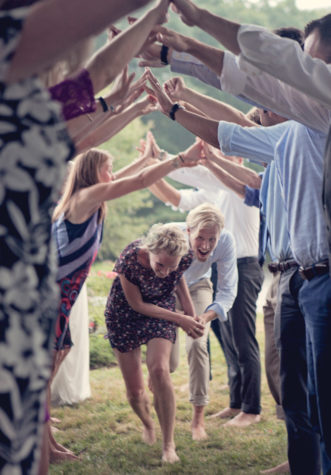 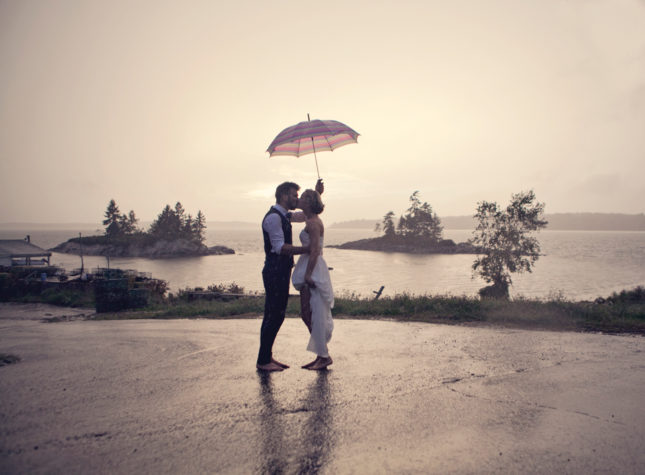 Ryan was living and working in Brazil when he flew Anna down for a gala dinner and his birthday. A long- standing joke between the couple was that if Anna, who is originally from Sweden, ever wanted to propose she had to get Ryan a hand-made watch that they had seen on a trip to Iceland. As a surprise for his thirtieth birthday Anna bought Ryan the watch, making him nervous that she was on to his planned surprise for the following day. The next night, Ryan knelt down—on both knees, to Anna’s surprise, but she accepted all the same. “It was a big moment,” says Ryan. “I had planned it all in detail up to that point; I forgot to think about the kneeling part.” They married on Hen Island in Harpswell, owned by Ryan’s family, a place where he often retreated to unwind.

“To be able to share the gorgeous nature of Casco Bay and Harpswell with friends and family from all over the world felt incredibly special,” says Anna.

LOCATION: The couple shuttled 80 guests back and forth to Hen Island for the ceremony. Hen Island was purchased by Ryan’s grandmother, Phyllis (whose engagement ring Anna wears), and her sister over 50 years ago. Ryan returns there every year for a pause, and Anna also quickly fell in love with the island. It reminded her of Sweden and their shared love of nature and a simple life. A small but very special symbol for Anna was arriving at the island for the ceremony and seeing that Uncle Sandy—also the officiant—had raised a Swedish pennant on the island next to the America flag.

RECEPTION: The pair mixed Swedish and American wedding traditions. Ryan said his vows in Swedish and Anna said hers in English. Anna attended her first bridal shower, thoughtfully organized for her by Ryan’s mother and sister. In traditional Swedish weddings, speeches are made throughout the evening— spontaneous or well prepared. Non-Swedish guests stepped up to the challenge.

DESSERT: A common delicacy in both Sweden and Maine is blueberries. To serve blueberry pie instead of cake seemed like the natural choice.