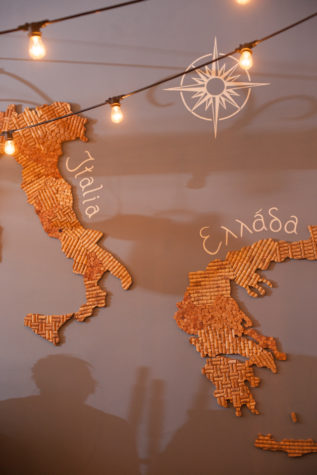 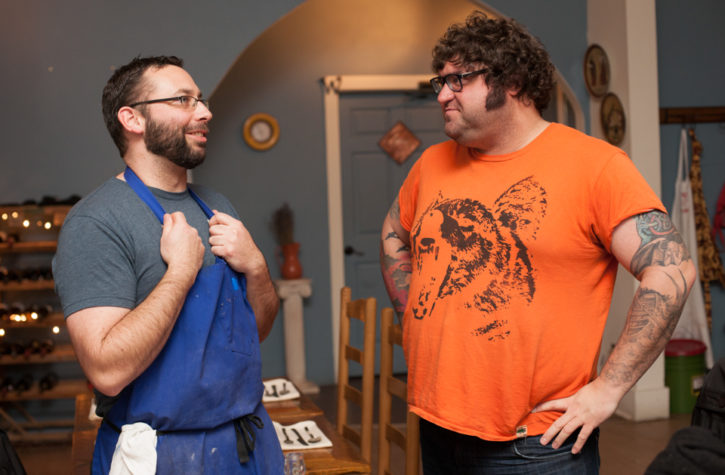 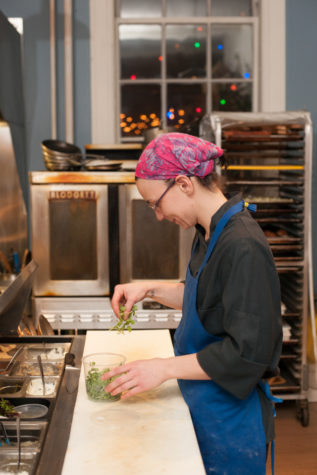 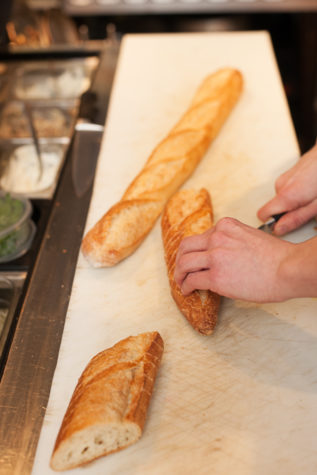 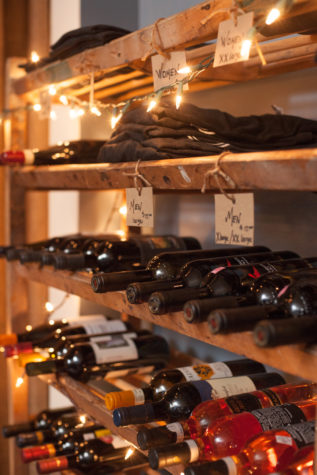 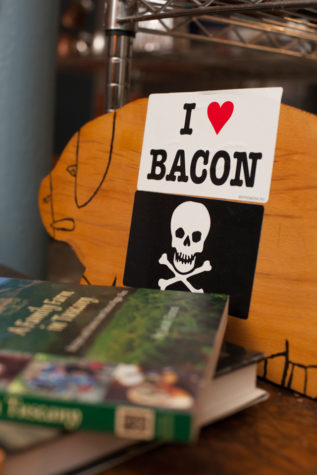 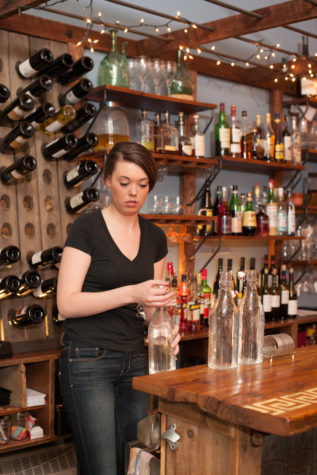 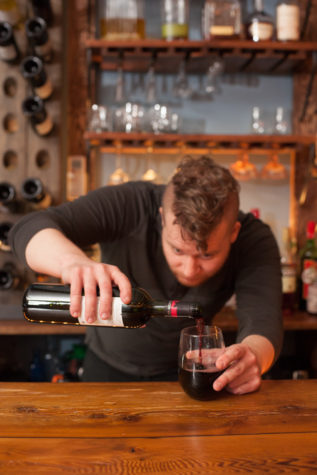 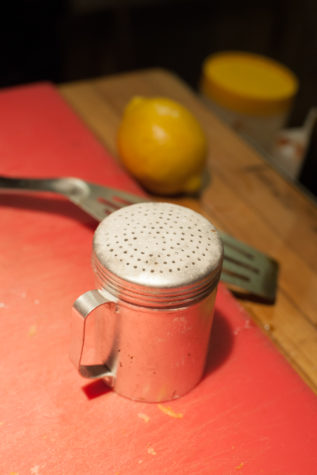 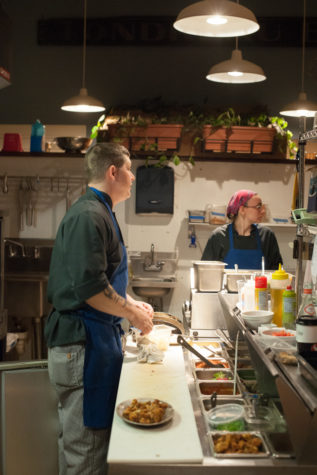 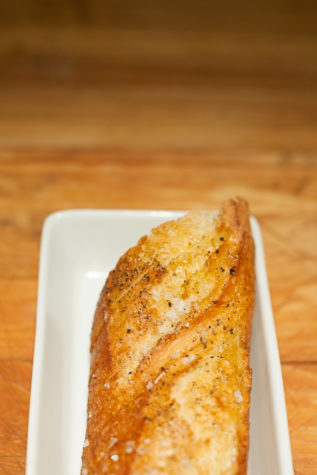 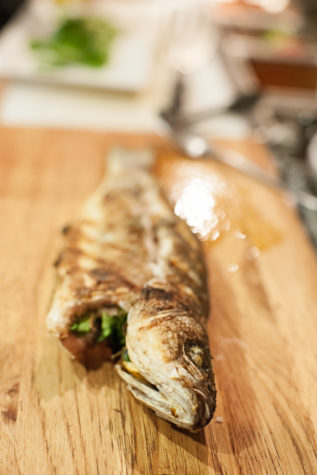 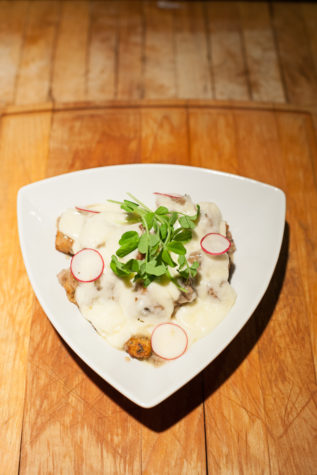 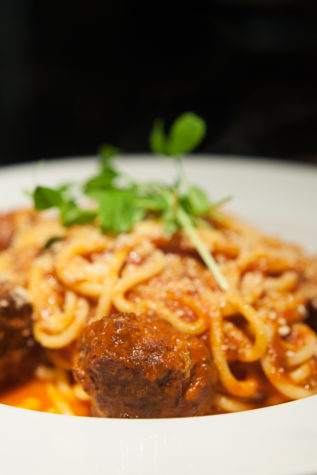 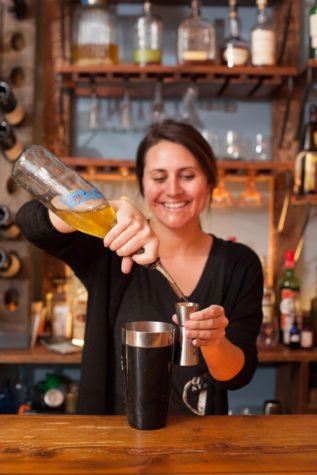 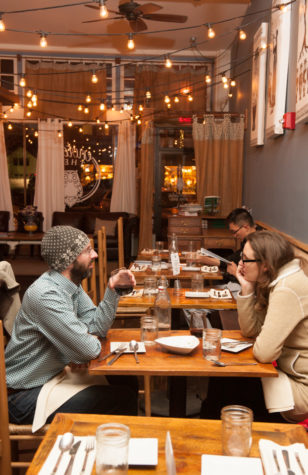 Showcasing a playful and creative fusion of classic Greek and Italian fare, Enoteca Athena provides a warm, comfortable setting as well as a very strong wine list and drink program.

In essence, Enoteca Athena in Brunswick epitomizes much of what I remember about visiting tavernas in Greece (albeit with slightly more stylish decor). The restaurant is rustic and casual; the space is dominated by rich wooden furnishings and dimly illuminated by strings of lights overhead. The kitchen is entirely open, which serves to both impart warmth and pervade the entire room with intoxicating aromas.

Chef and owner Tim O’Brien greets me as I get settled in. Enoteca is the sophomore effort to O’Briens crosstown eatery, Trattoria Athena. We discuss the differences between the two restaurants. Trattoria serves more traditional Italian and Greek fare, while Enoteca is a bit more free form. This allows inspiration for the menu to come from a variety of source,s be it the cuisine prepared for him by his Italian grandparents or several glasses of grappa with his kitchen crew late at night. As I get situated, O’Brien insists that I should definitely start with the pork butter, a suggestion which I would be remiss not to heed.

By pork butter he is referring to what is basically whipped lardo, in this case pork fatback that has been ground and mixed with sea salt, garlic, rosemary, black pepper, and red wine vinegar before being massaged into a butter-like consistency. The use of fat from properly raised pigs is crucial in its preparation, which was inspired by O’Briens time spent in Tuscany learning from famed butcher Dario Cecchini, and, when slathered onto warm bread, it can only be described as butter on steroids.

To pair with this I opt for a glass of the Argyros Atlantis white, a predominantly Assyrtiko blend from Santorini. It is driven by minerality while possessing a slightly creamy, Chablis-like structure and pairs perfectly with the pork fat. What I really appreciate about the wine list, which is overseen by bar manager Nikaline Iacono, is that it is organized by producers, six Italian and six Greek, and features four to six selections from each. This full representation of each winery serves to showcase the region stylistically and put the spotlight on the nuances of its terroir. I think this layout is genius, and I would love to see this practice emulated by more wine bars.

My starter of Arancini, risotto balls that have been breaded and deep fried, are exactly as they should be, which is to say crunchy on the outside and possessing a liberal amount of gooey mozzarella cheese in the center. This dish fits suitably into the grouping of perfect bar food as does their poutine della casa, O’Briens interpretation of the ever-popular bowl of fries and gravy. Only in this version, the french fries are subbed out with cubes of bread that are battered and deep fried, topped with fresh cheese curds and pulled brisket, and enveloped in herbed gravy. The result is a cross between panzanella salad and French toast and it is painstakingly difficult to stop eating.

After the poutine, a classic Greek salad is in order, and even though OBrien shrugs it off as” just a Greek salad,” it definitely excels from the use of high-quality ingredients. After all, the success of a whole resides in the sum of its parts, and when you employ briny, hand-picked Lakonia Kalamata olives and tangy Dodoni feta, the end result is simply going to be better than most and with minimal effort.

As I peruse the wine list and consider my next move, I am presented with a bowl of what they call Avgolemono Soup me So Tiri, a creamy, velvety Greek chicken soup that calls for a liberal amount of lemon and dill, and in this case, wide noodles resembling fusilli gigante. So Tiri is a Greek rapper who, over the beats from The Fugees’ “Ready or Not,” pays homage to his yiayia’s avgolemono (it is well worth looking up to see for yourself).

I will admit that, without fail, every time I see spaghetti and meatballs on a menu I secretly want to order it, often refraining due to some strange fear of being labeled as a rube by the server. This time I throw caution to the wind with Enoteca’s version inspired by Nonna Viola, and am rewarded for my bravery. The use of bronze dye cut spaghetti from Marcelli Formaggi in Abruzzo, slowly air-dried the traditional way and possessing the desirable cats tongue texture that can only be achieved with this method, takes the whole dish to the next level. The sauce is nicely balanced and not too sweet while the meatballs are juicy, tender, and well seasoned.

As I linger with my pasta, I thoroughly enjoy a bottle of 2011 Ciacci Piccolomini Fabius Syrah, a bottle that is considered by many to be one of Italy’s greatest expressions of this varietal, from a producer well-known for his Brunello. Its intense flavors of black pepper, spice, and dark fruit are almost reminiscent of great Syrah from the Rhone Valley.

Now finished with his duties, chef and owner Tim O’Brien joins me as I consider my options for dessert. He describes a dish called triangoli as, literally, the only good part of visiting Pisa. Personally, I’ve never been, but I can certainly attest to the goodness of chocolate-dusted phyllo wrapped around Nutella and mascarpone, and served warm. This seems like an ideal opportunity to take advantage of Enoteca’s Negroni Bar, a build-your-own situation prompting your choice of gin, bitters, and vermouth (most notably Iaconos house-made sweet).

As I sip my Negroni before transitioning into a glass of Sassicaia Grappa to aid the digestive process, O’Brien and I discuss the current state of restaurant culture. His approach is simple, ”we’re just people who love to cook, who enjoy the fast pace and pressure of a busy night, and it has nothing to do with wanting a pat on the back, or PR. Its about the love of food.”

Damn good food, at that.