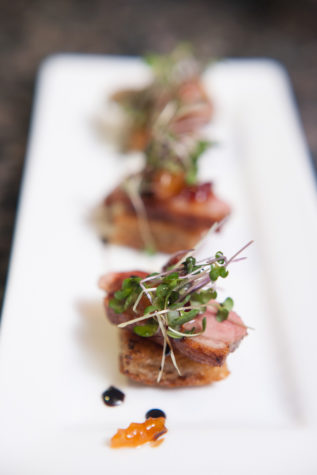 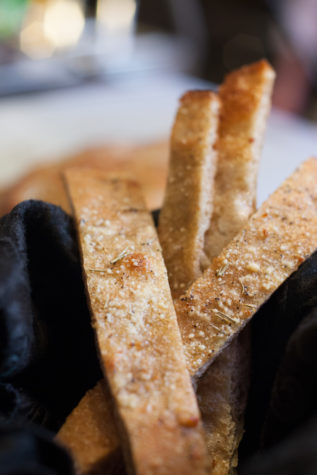 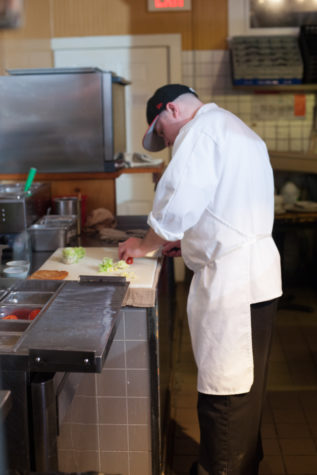 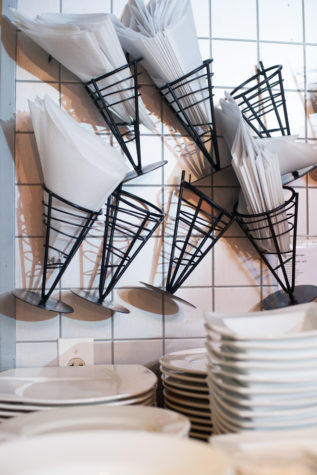 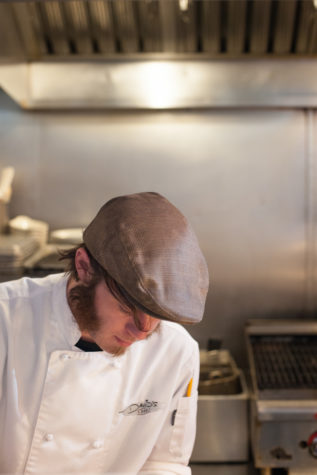 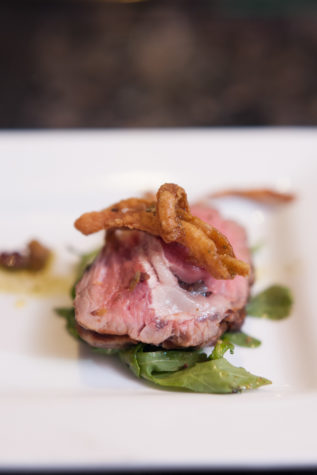 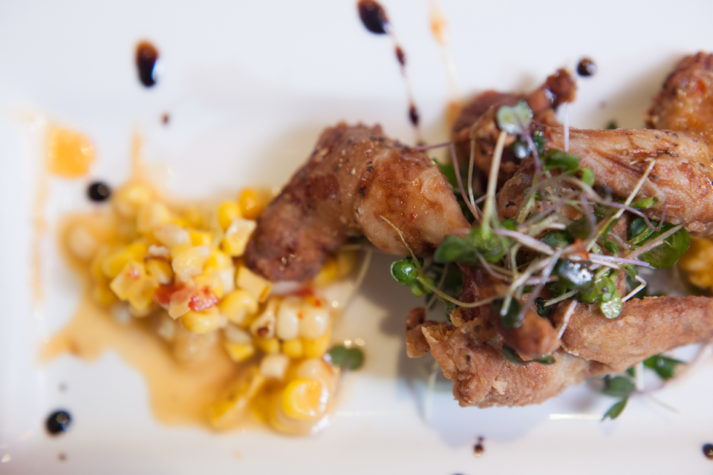 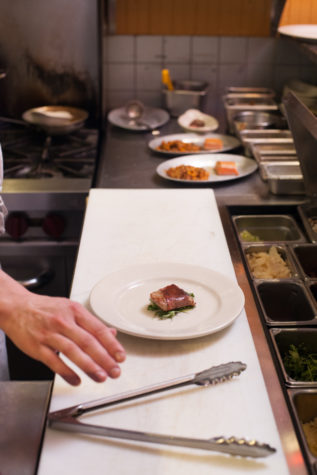 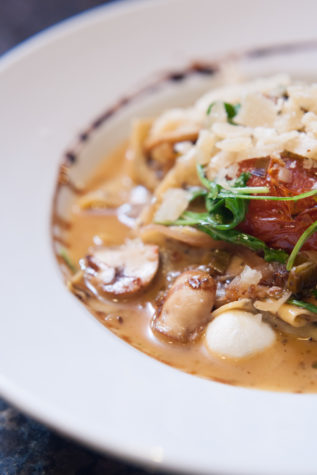 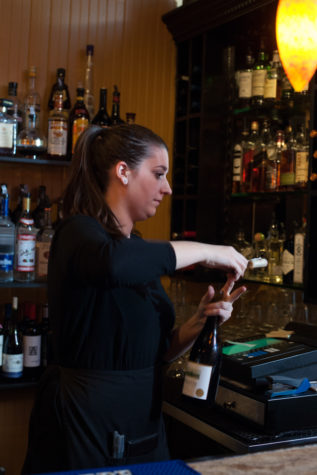 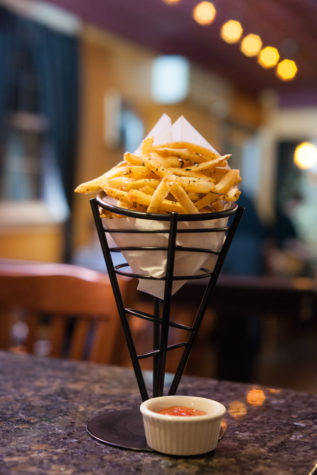 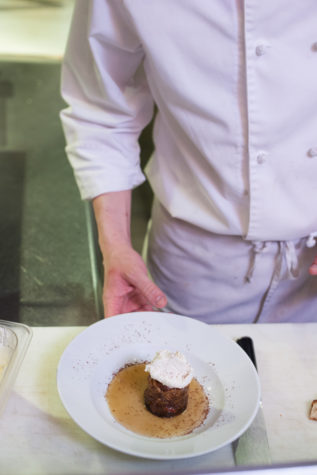 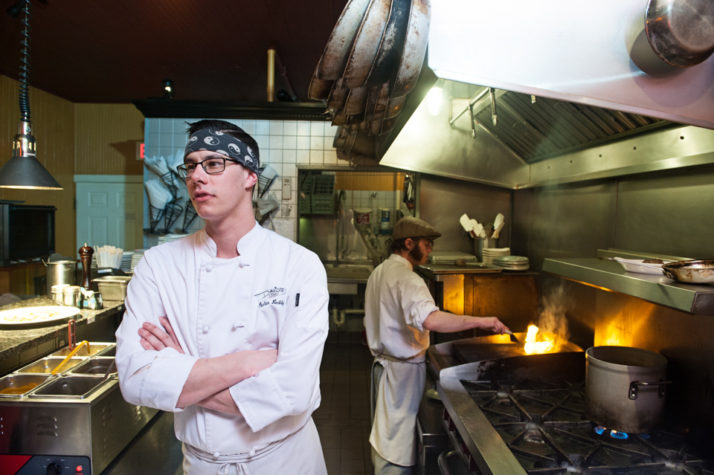 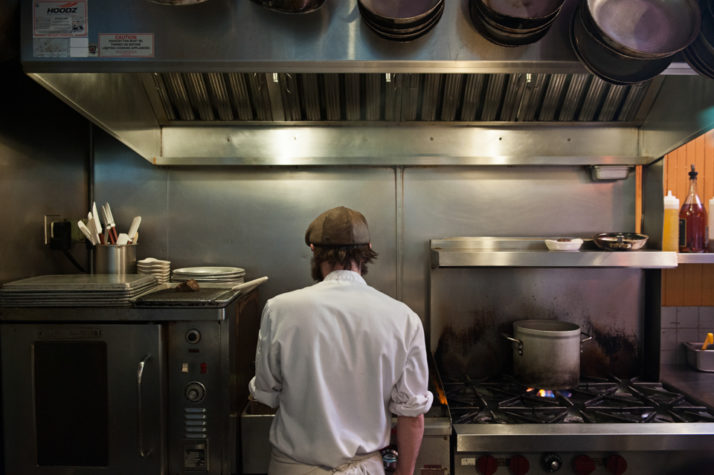 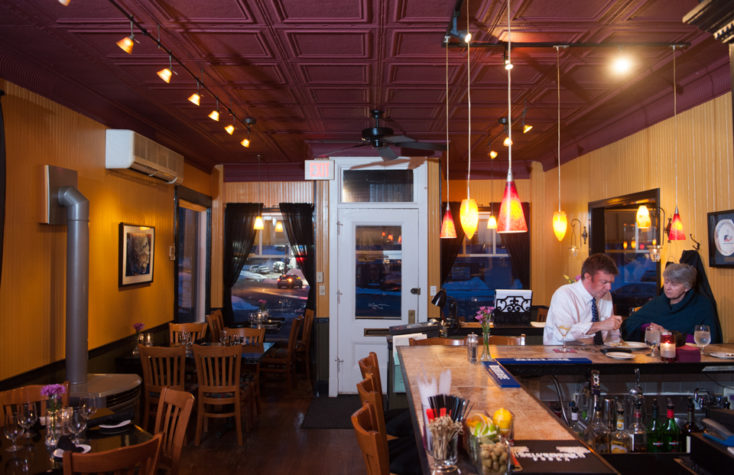 “I was at a place in my life where I realized that I needed a break from cooking,” chef David Turin explains to me.”So I decided that I would personally build a restaurant from the ground up with my own two hands.”

This was back in 2007, when Turin purchased the space formerly housing Barbara’s Kitchen in South Portland. He was involved in every element of the renovation, with the exception of duties performed by skilled tradesman such as plumbing and electric. He even tried his hand at interior design, which he jokingly admits, ”isn’t necessarily loved by everyone, but I’m completely OK with that.”

To describe the initial setup of Turin’s dining room as cozy would be a dramatic understatement, as originally held only 28 seats including the chef bar, where patrons are seated a foot away from the open kitchen, giving an optimal vantage point for those seeking to see their order through from beginning to end. The popularity of the restaurant, Turin’s second in operation, made the tight quarters slightly problematic, especially on busy weekend nights. This prompted Turin to acquire the neighboring barbershop that had recently gone out of business, creating a second dining room and nearly doubling capacity.

Those additional seats were immediately filled, and even on the mid-week night of my visit, during a very heavy snowstorm in the midst of what many were considering to be a potentially endless winter, the customers, many who were greeted by name at the door, were still clamoring to get in.

The idea behind the menu was smaller plates of food ranging from eight to fifteen dollars a dish, all adhering to Turin’s style of bold, international flavors that are never shy in regards to seasoning. A chief example of such preparations would be his seared duck breast canapé served on duck fat toast with foie gras butter and apricot compote. Eventually, to satisfy neighborhood regulars, he began incorporating a few more traditionally portioned items to the menu as well, but most selections remain true to the initial concept.

Although Turin was constantly behind the line in the beginning, he has since handed the reigns to his chef de cuisine Dylan Leddy, a young, ambitious cook who had worked his way through every station in the kitchen. ”I just let him cook,” Turin says, ”and it’s great.”

We begin with another classic menu staple, the beef carpaccio, which is particularly good because the pieces of filet mignon are pounded flat rather than thinly sliced from a bigger piece. This process tenderizes the meat, giving it a mouth-coating richness that is nicely offset by the salt and acid of the accompanying Parmesan and fried capers. It would be delightful with a bottle of Librandi Cirò Rosato from Calabria due to its ripe, rich qualities balanced with refreshing acidity, and also because its important that you show the rest of the world that only drinking rosé in the summertime is just plain foolish.

The wine list is organized by both varietal and region, alternating where appropriate, and it maintains focus while covering considerable ground stylistically at very fair prices. The aforementioned Rosato would continue to please alongside Leddy’s buttermilk fried quail with spicy corn relish. The batter on the bird is crunchy and pleasantly salty, moreish in the same way that fast food fried chicken is, which seals the flavor of the quail into the tender meat.

Leddy sends out two small courses. First up is a preparation of rare, thinly sliced seared lamb wrapped around a successful combination of chopped olive, basil, tomato, and pancetta, which is like ravioli made out of lamb. The second dish involves seared Hudson Valley foie gras atop prosciutto and sage in essence, recreating the flavor profile of traditional saltimbocca with the addition of a fatty liver parcel on top. This is fine by me, and I will say that I have never had the combination of sage and foie gras before and found it quite enjoyable and appropriately wintery.

Next up are what I would consider to be the classics on the menu; the rich, familiar flavors and sustenance that keep a devoted group of regulars coming back again and again. Foremost of these is fresh sheets of pappardelle pasta enrobed in a rich and aromatic madeira cream sauce with a variety of mushrooms, roasted tomato, goat cheese, and just the faintest hint of white truffle essence. It is rivaled in decadence only by the brontosaurus-sized pork shank in their interpretation of ossobuco, the meat itself practically melting into a pool of velvety mashed potatoes and braising liquid augmented with veal demi glacé. These are the kinds of dishes that you break out the Zenato Amarone for, a wine with opulent, powerful notes. I find that if a dish exercises little restraint, it is quite appropriate with wines that follow suit.

My last ounce of energy is reserved for one dessert, which reminds me of a quote by John Thorne in his book, Outlaw Cook:

”Because a pecan pie is so simple to make and because its major ingredients, sugar and nuts, can be combined in so many various ways, a pecan pie can be uniquely honed to a razor’s edge of perfection against a particular palate unlike any other dessert.”

The version I am presented with arrives in a shape that I can only describe as a monolith. The pecan pie itself laced with chocolate and draped in Kentucky bourbon sauce and a healthy dollop of whipped cream. It is appropriately sweet, and the sauce serves to enhance the dish greatly.

As Turin puts it, “all of my crew, from 388 to Opus Ten, strives to create dishes that at the end of the day have a certain practicality to them. I like to think that a dish is never done until you can’t take any element away from it.”