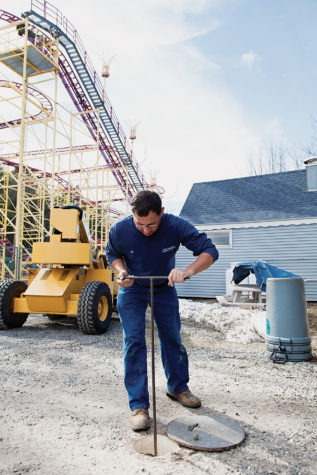 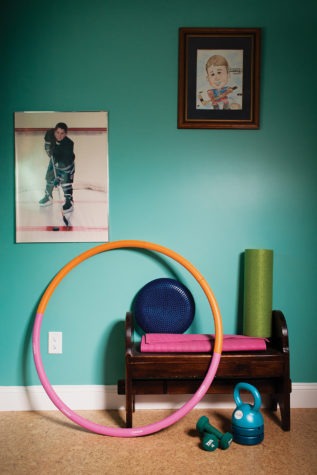 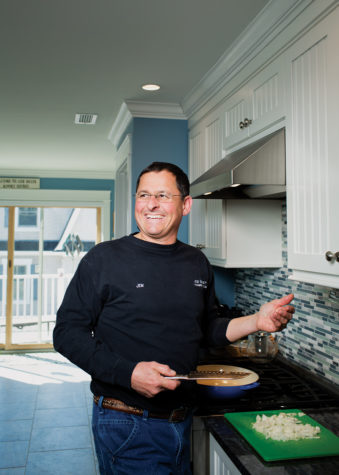 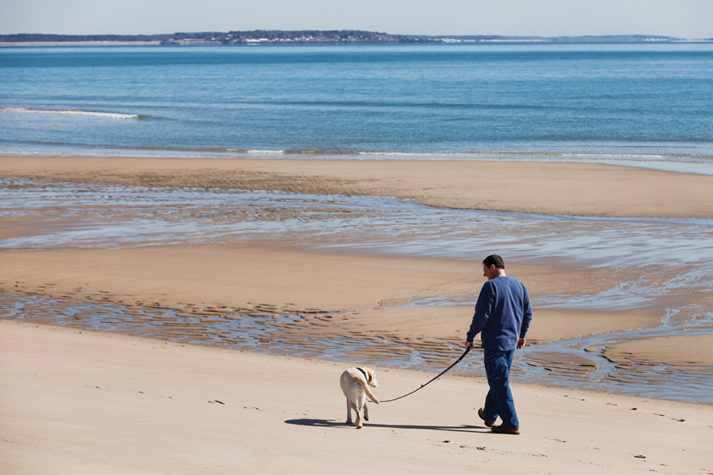 When Jim Godbout was five, his twin brother, John, died of leukemia. His father soon abandoned the family, and his beloved grandfather died. Then, as a teenager, Godbout developed debilitating seizures. These circumstances might have irreparably damaged a lesser man.

When his brother was diagnosed with leukemia, few options were available for treating the disease. “Being an identical twin, I had to go through numerous tests, such as bone marrow biopsies,” says 53-year-old Godbout. “Those were horrific back then.”

The strain of John’s death on the family was more than their father could bear and he soon returned to his native Canada—alone. “My family broke apart early,” says Godbout. “I had younger siblings, and I took them under my wing. My mom was a single parent and there was a lot of pressure to make sure that the family succeeded.”

Godbout’s large extended family provided his mother with a safety net. His aunts and uncles had emigrated from Quebec, so that his grandfather could work in the Saco mills. At the time of their move, they did not have much, says Godbout. Family lore is that they shared one pair of shoes among ten children. Their circumstances did not impede their generosity. “They brought up some tremendous families,” recalls Godbout.

His health became complicated when, as a teenager, Godbout contracted mononucleosis. The aftereffects of this virus are typically limited to severe fatigue and an enlarged spleen. Although mono can be temporarily debilitating, most people emerge unscathed; Godbout did not. He suffered the rare complication of encephalitis—an acute inflammation of the brain.

The encephalitis caused Godbout to have seizures, many of which were violent and led to a loss of consciousness. In between seizures Godbout felt dazed and confused. The medicines used to treat his seizures had their own crippling side effects. “With the earlier medications like Dilantin, sleepiness was a huge factor. You couldn’t function,” says Godbout. Perhaps even worse, Dilantin caused his gums to grow over his teeth, requiring painful visits to the periodontist (gum and teeth specialist). Later, Godbout was given Tegretol, which made him “loopy.”

Unable to concentrate on reading for more than a short period of time, Godbout was directed toward an alternative path: his high school’s cooperative education program. Godbout received vocational training in plumbing and heating and used his skills to sustain his family. “I was a breadwinner at a very young age,” says Godbout. “The co-op program actually helped keep the family financially stable.” He also found a way to channel the frustration he felt over his illness and his home life. “I was a little bit combative,” says Godbout. “Working seemed to be my outlet.”

As a young adult, Godbout made two important decisions: he married his wife, Lynn, and he began working for himself. He met Lynn, who lived on “the other side of the bridge in Biddeford,” at a dance venue called the White Hall in Old Orchard Beach. They married in 1983. Soon after that, Godbout founded Jim Godbout Plumbing and Heating. He was much sought after for his skills and personal touch. After a while, the long hours took a toll, and he realized that he needed to make some changes. “Very early on, I figured out that we need to control stress in order to be successful in business and in life,” says Godbout. “You can’t bring stress home or you’ll ruin your family life.”

Following the advice of his uncle, who was a chiropractor, and clients who championed acupuncture and yoga, Godbout began to incorporate these into his lifestyle. He also recognized the importance of a balanced diet. “I’ve done work for many restaurants over the years, and developed relationships with chefs and farmers locally,” says Godbout. “My wife and I have eaten healthy since we were married. Everything is fresh: fresh vegetables, fresh meat, lots of fish.”

As Godbout’s business grew, he cherished the connections he made. Ten years ago he joined the Rotary Club, an international service organization. “I’m a huge Rotarian,” says Godbout. “Our group supports our young and old, and people who have needs in our community. It brings so much nourishment to me.” Godbout relates the story of an 87-year-old World War II veteran who had been living in a Saco trailer park when the pipes in his home froze last winter. “It just broke my heart. The police had notified me that he had been without water for several days. He had no money. We went in and took care of him. As we’re leaving, he wanted to pay us: he’s got the title to his 1986 Ford Explorer in his hand.” Godbout and his crew refused to accept the title. “I had tears in my eyes and I said, ‘No, the angels have taken care of you.’”

By the time Godbout was 35, he was no longer having seizures. His physician recommended that he stop taking his medications. At first apprehensive, he eventually agreed. Eighteen years later, he remains seizure-free. In addition to his regimen of acupuncture, chiropractic, and yoga, he exercises, meditates daily, and has regular massages. He particularly enjoys early morning walks with his three-year- old yellow Labrador retriever. “I go out about 4:30 a.m. with the dog. This morning it was 17 below zero and she and I just had a fantastic time on the beach, watching the sea smoke coming up. It was a great start to the day.”

Work is still an important aspect of Godbout’s daily life. He and his 17 employees have built a network of clients throughout the state. “I hope I can do this for another 20 years. My total vested interest is in my business and the people that work for me. I have a lovely home on the beach that we worked very hard for. We don’t live a very fancy lifestyle. We just enjoy life and giving back.”

Godbout reflects on his early losses, and their impact on his life. “Through having a lot of death in our family, and people that are close to us, I’ve come to recognize that death is part of living. I’m going to spend every minute I can with each person when they’re alive and enjoy their company, and carry their thoughts with me forever.”