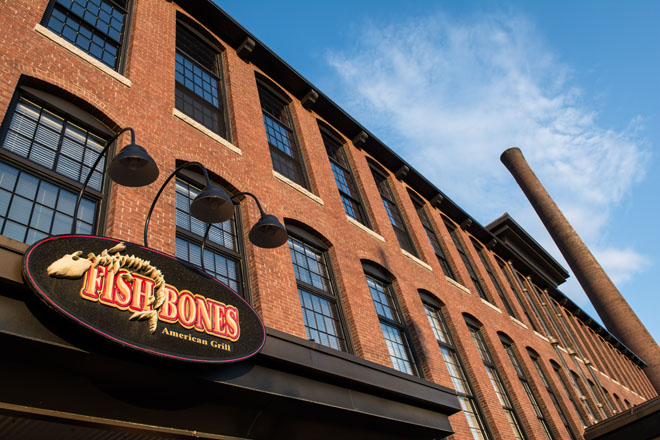 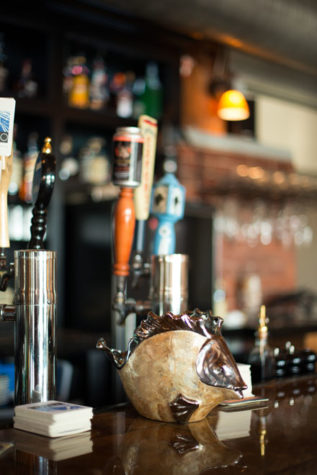 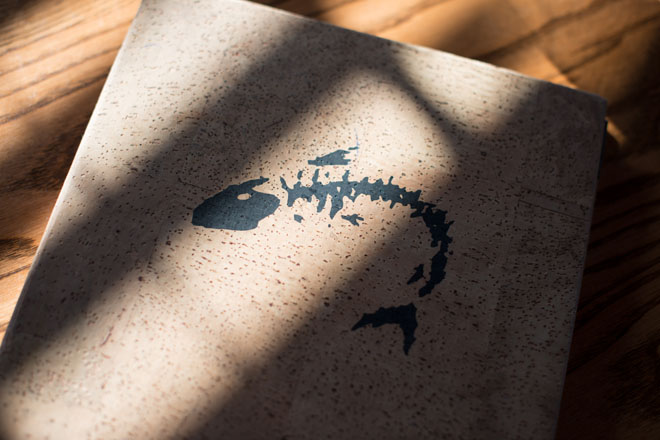 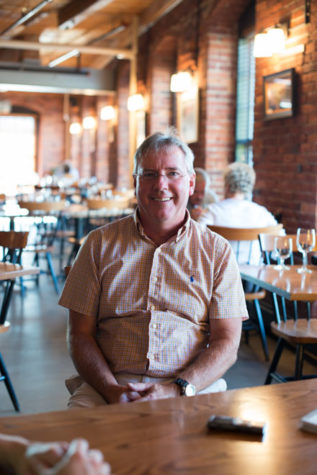 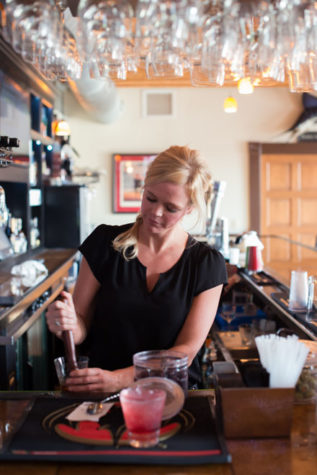 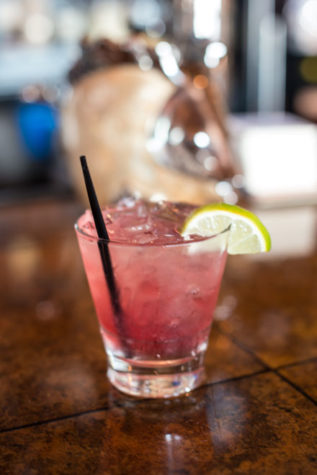 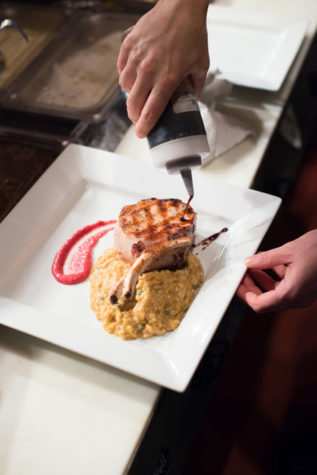 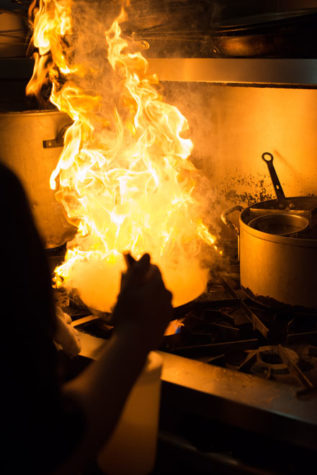 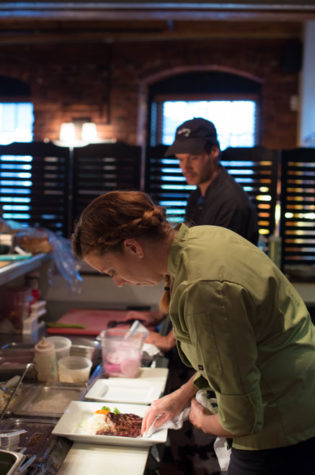 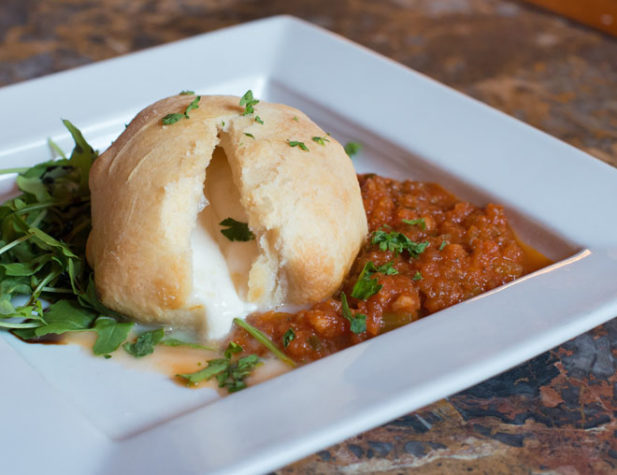 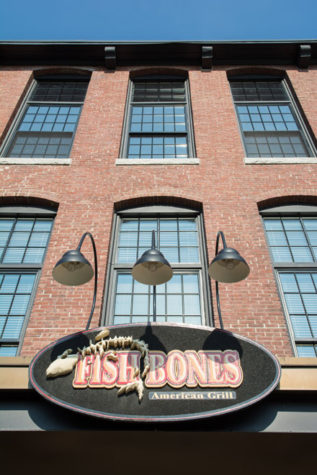 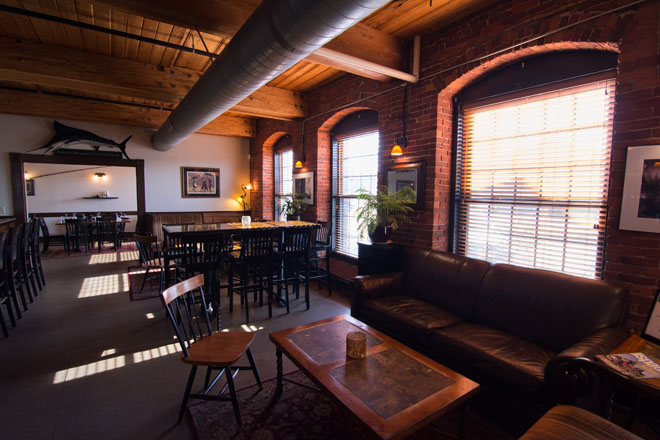 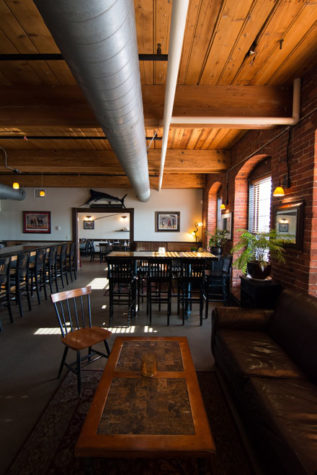 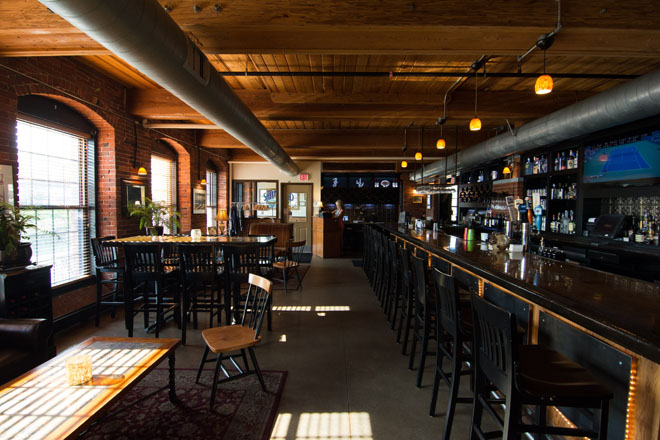 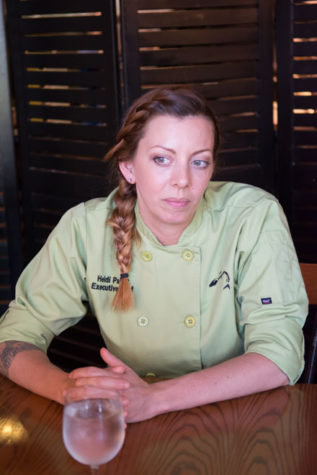 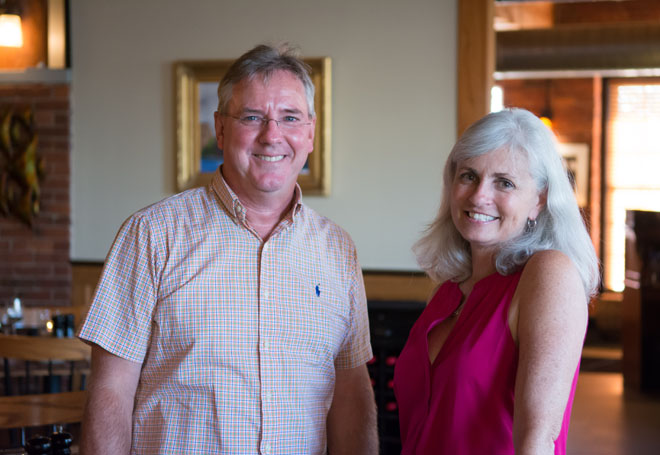 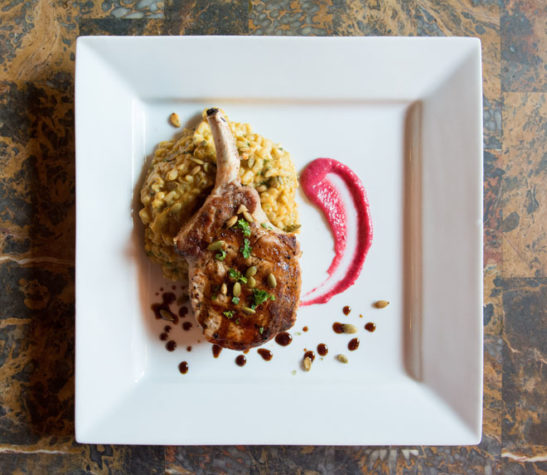 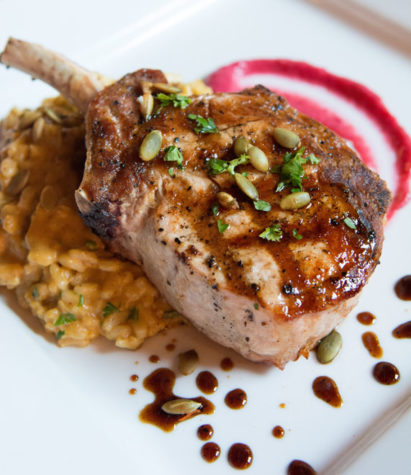 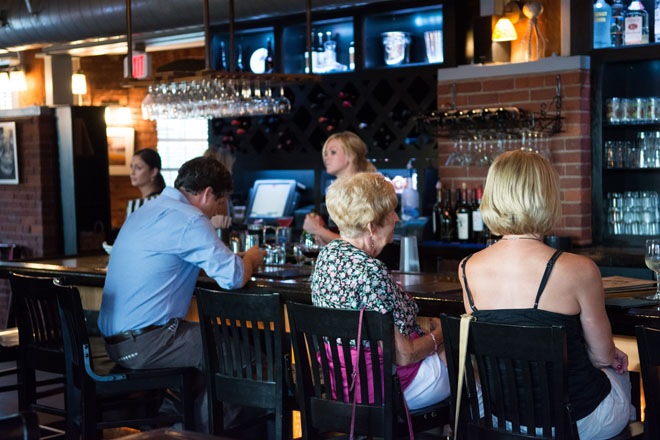 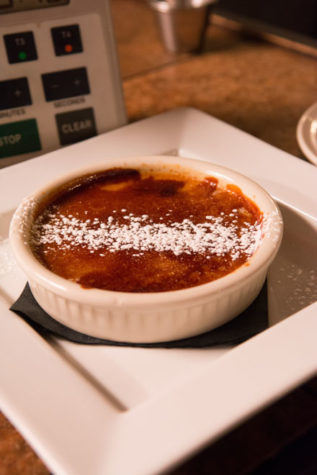 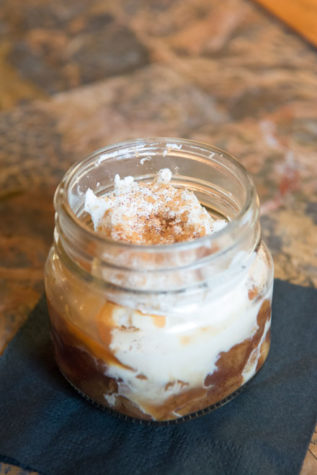 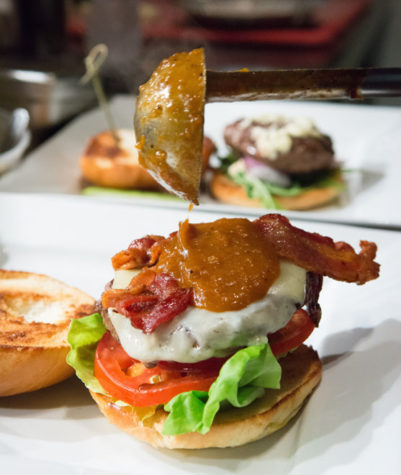 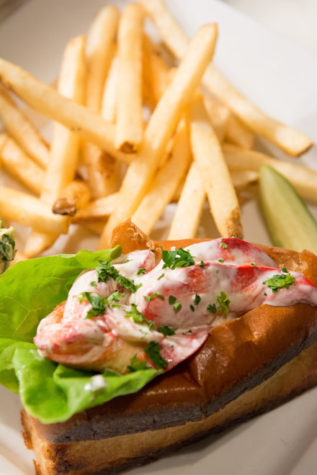 Paul Landry, the owner of Fish Bones American Grill, gets Lewiston. He grew up there, one of many kids in a big family with French-Canadian heritage. He’s a positive thinker about his hometown, always considering ”what I can add to Lewiston to make it a better place to live.” The place, located in the renovated Bates Mill, is a reflection of his vision for the city. It’s inviting from the moment you walk in. Lots of exposed brick and wooden ceiling beams, with windows overlooking the canal that originally powered the mills, lend a casual air and bring to mind the building’s original function.

After twenty years of owning and running two successful restaurants in the area (the other is Mac’s Grill, which now has new owners), Landry understands there is a local clientele that will always want meat and potatoes for dinner. That’s why Fish Bones keeps the 12 ounce grilled rib steak on the menu every season. ”The locals like something familiar,”  Landry says. “Well do that, but well make it a little more creative.” So the dish is offered with a twice-baked cheddar and bacon stuffed potato and house-made steak sauce. It’s  still recognizable and comforting, but with a tweak to keep it interesting.

Landry has an ally in the kitchen, executive chef of three years, Heidi Parent. She’s a Lewiston native as well, and her passion for the kitchen was sparked early in high school while taking a class in advanced cooking. “The culinary field excited me,” she says. ”It felt magical.” Parent enrolled in “The Green Ladle,” a two-year program offered at Lewiston Regional Technical Center for high school students who know they want a career in culinary arts. She was able to complete the program in one year and continued her studies at SMCC’s highly regarded Culinary Arts program. She soon found her way back to her hometown and eventually to Fish Bones. Parent and Landry have an easy rapport. ”I’ll give her the outline of something Id like to see on the menu, and she colors in the picture,” he says. “We both care most about putting out the best product.”

Parent is confident and at ease in the kitchen. She enjoys making food that keeps the locals happy, but also invites diners to stretch a little. For example, a classic dish of pasta carbonara became interactive when topped with a poached egg. Breaking the yolk created a luscious sauce and brought the dish to a higher level. Burrata en croute, wrapped in puff pastry and oozing deliciousness, is like a mozzarella stick for grown-ups. The rustic marinara that is served alongside is full of fresh tomato flavor. The burrata is part of the new fall menu, just making its debut this week. Parent and Landry worked together to introduce hearty dishes and seasonal flavors. The pumpkin risotto that sits beneath a large rib pork chop is buttery and rich, cooked the way risotto should be, with a firm bite. The meat is tender and juicy, complemented with a cranberry curd coulis and cinnamon pear gastrique, evoking all that’s best about fall in a single dish. You’ll find a similar flavor profile in seared sea scallops with pumpkin gnocchi and brown butter sauce. Hello, September.

The wine list, curated by Landry’s wife Kate, is varied. She’s worked hard to educate herself, and with the help of vendors has found the right combination of price points and bottles. Some are old favorites, but diners will also be able to find something new to complement the seasonal change of menu.

Both Parent and Landry feel strongly about giving back to the community that has been so supportive of them. Parent is a volunteer at Cooking Matters, helping teens and adults learn to eat more healthfully on a budget. She teaches them simple knife skills and other techniques to make cooking on their own less intimidating. Landry is active in the local chapter of the American Culinary Federation, sponsoring an annual golf tournament that awards scholarships for hospitality studies. Fish Bones is a generous donor to the Lewiston Chamber of Commerce, Special Olympics Maine, and other area organizations.

Landry and I talk for a long time. It’s clear he loves the community in Lewiston and is happy with what he’s been able to create here. He’s supportive of his staff and responsive to his clientele. “I wouldn’t think of doing anything else right now,”  he tells me contentedly.