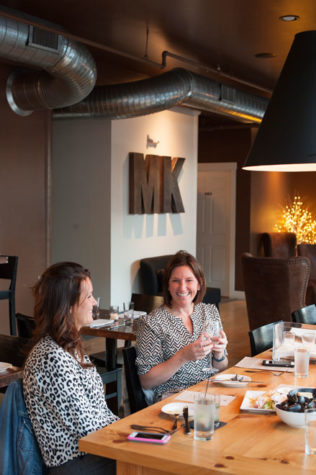 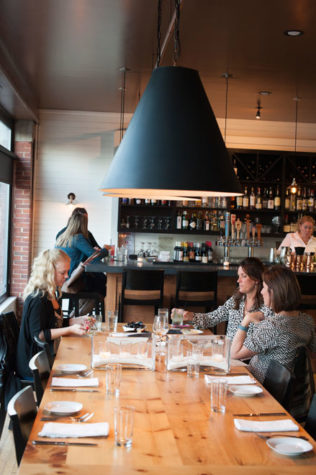 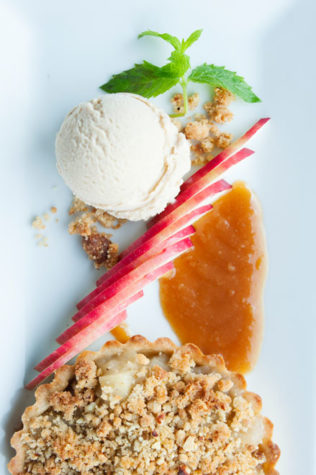 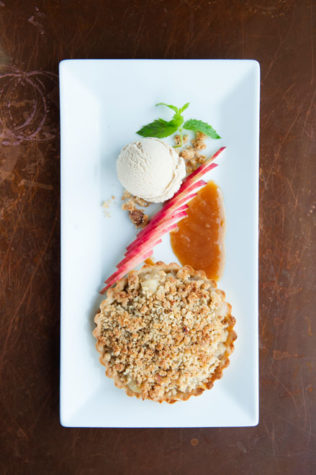 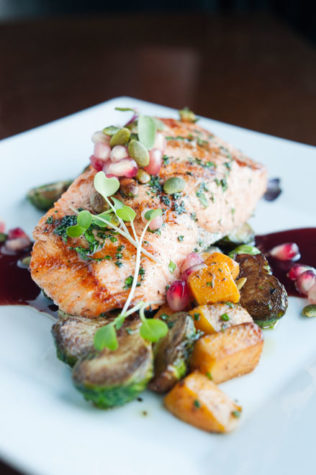 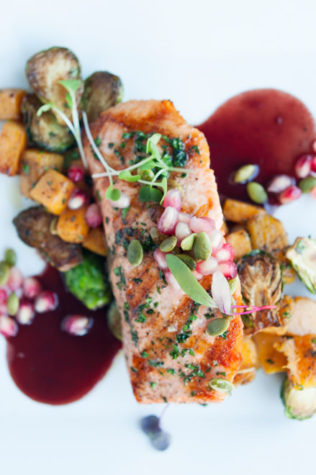 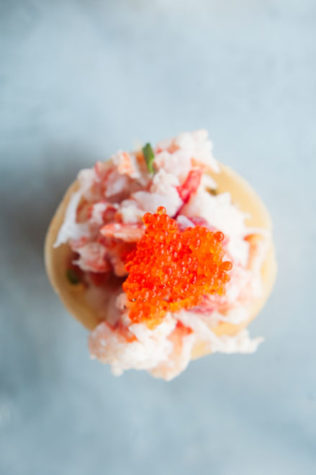 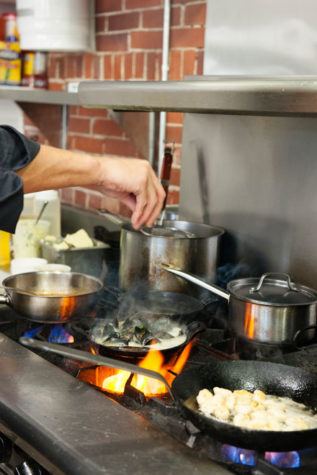 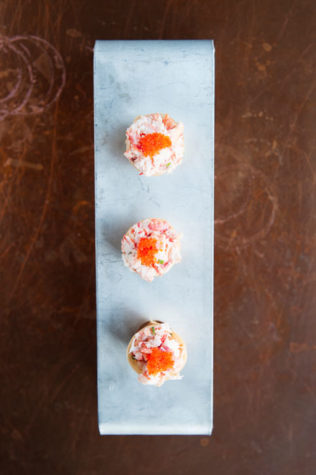 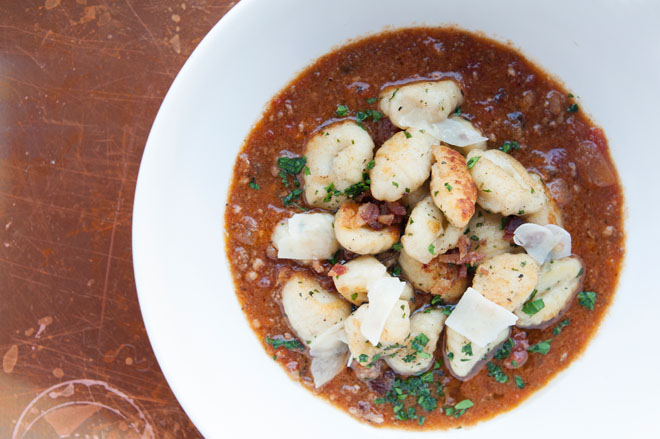 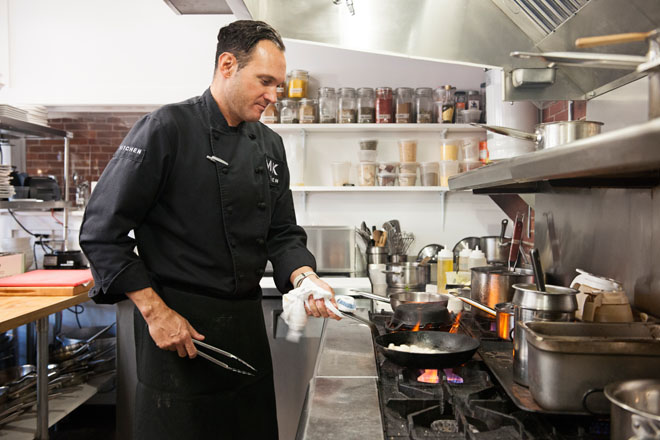 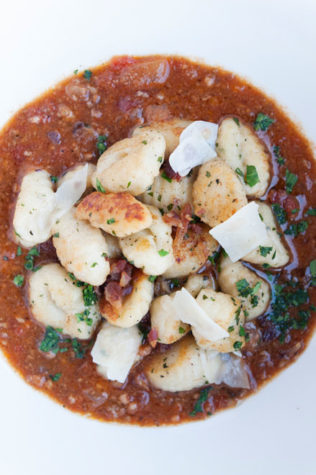 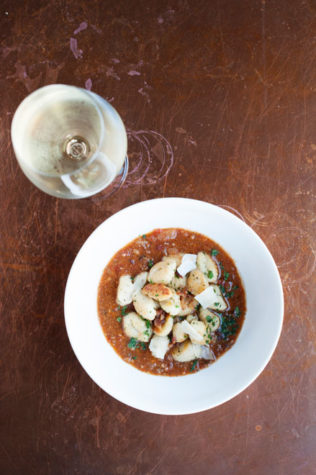 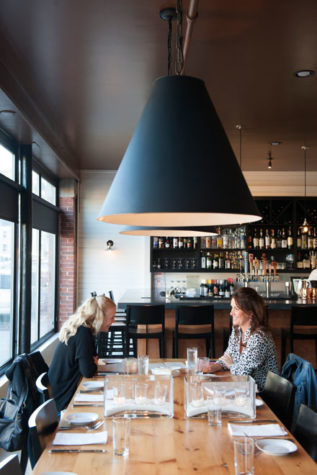 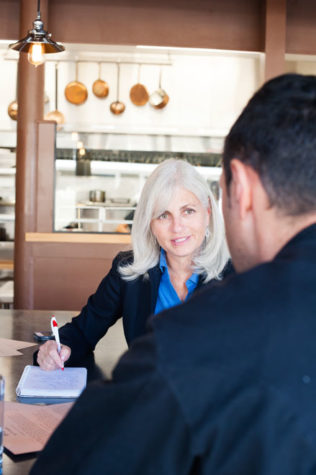 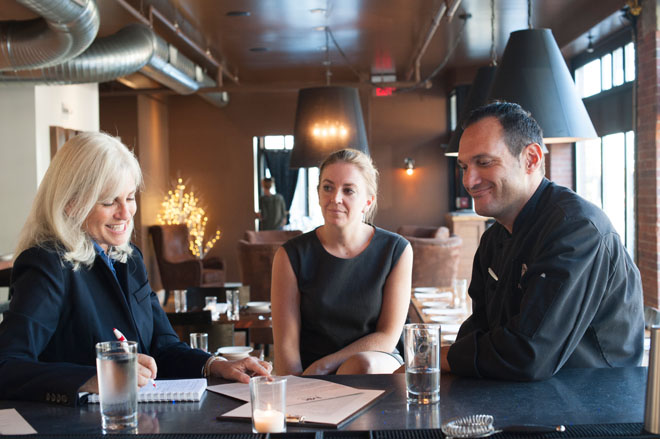 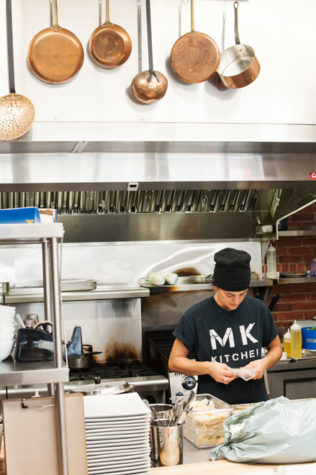 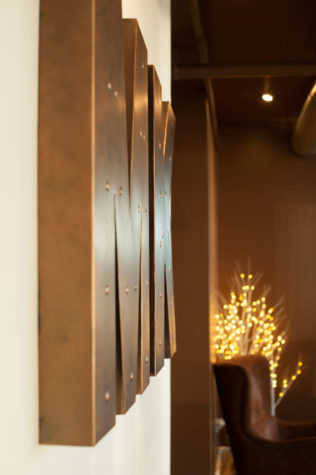 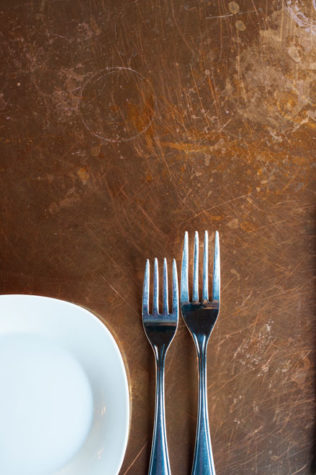 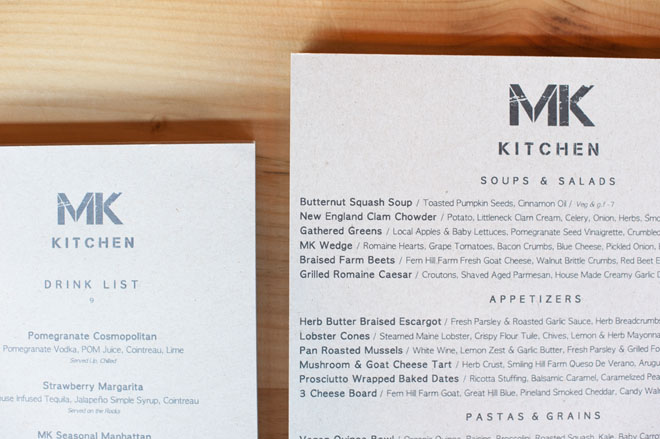 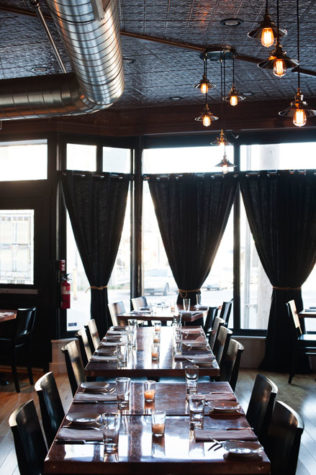 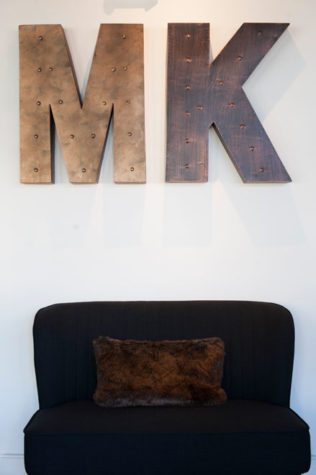 MK Kitchen is a labor of love—the love of family and the love of excellent food. Chef Mitch Kaldrovich and his wife Lisa, co-owners of MK Kitchen, met when both worked in California, but they knew they would someday return to Lisa’s hometown of Gorham, where her large extended family lives. Fortunately for diners, that day has finally come.

The Kaldroviches transformed three separate businesses on a busy corner of Gorham into one stylish restaurant. It took four months to complete the transformation, which they completed themselves: designing, painting, building tables, and installing the open kitchen. Their two young daughters even helped out where they could. Family, friends, and local artisans also pitched in to create the copper top tables and the poured concrete bar, which is cleverly embedded with tiny lights. Neutral tones, plush upholstered chairs, and attractive lighting add up to a chic but approachable place. “We don’t want anyone to feel intimidated here by the space or the food,” explains Mitch. “We just wanted a warm spot with great food and a menu that doesn’t need any translating.”

Mitch is originally from Argentina where he attended a French culinary school, but his influences are much broader. A German grandmother, who also lived in Italy, a Czech father, and South American ingredients all inform his cooking style and menu. Herb butter braised escargot are served in a small cast iron pan as in France, but a vegan quinoa and vegetable bowl highlights the grain native to the Andes. The chef is very comfortable with local ingredients as well, and he has cooked at the White Barn Inn and served as executive chef at Sea Glass at Inn by the Sea. I taste his playful signature lobster cones, lightly dressed meat in a thin, crisp tuile cone topped with tobiko caviar. It’s a perfect little bite of the sea, creative and fun to eat.

Mitch says the menu is largely based on the Mediterranean diet with an emphasis on vegetables, seafood, whole grains, and olive oil. “It’s healthy comfort food, like my grandmother used to make. Not fancy, just yummy,” he says in his delightful Argentinian accent. The hand-rolled ricotta gnocchi is a dish of his childhood, now reinvented. The gnocchi are melt-in-your-mouth delicate and light. The accompanying sauce changes often. Tonight it’s a beef and pork Bolognese that’s not too rich and a little smoky from the bacon crumbs on top. A glass of Syrah from the Mendoza region of Argentina, jammy and medium-bodied, is a fine complement.

The wine list was created to work with the food often highlighting the same regions. Vineyards of Italy, France, Germany, and California are well represented. There are several wines from Argentina, including Malbec and Torrontes. “We started with a little something for everyone and we’re now working to find more unusual bottles,” Lisa tells me. “It’s the same quality you’ll find in Portland, but at a better price.”

I taste an Argentinian chardonnay that’s crisp and complex. It’s just the right thing to go with the next plate—an artfully arranged salmon filet atop roasted squash and Brussels sprouts. The dish is finished with a red wine reduction, adding to its hearty flavor. The fish is just barely cooked through, as it should be.

Mitch makes no secret of his love of baking as well as cooking. He started working as a pastry chef at age 20, and now makes all the breads and desserts, including gelato, at MK Kitchen. It’s hard to pass up a gorgeous apple tart with a crunchy almond streusel topping and a small, delicious scoop of cinnamon gelato.

Visiting the restaurant, talking with the Kaldroviches and enjoying a meal there is a truly lovely experience. They have clearly put their hearts, and their hands, into every part of this enterprise.