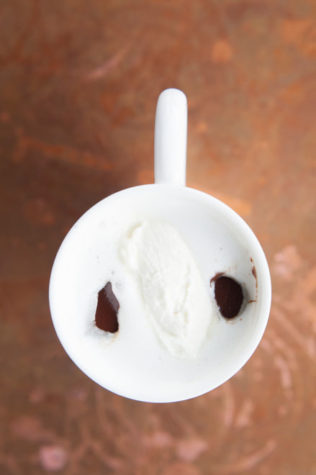 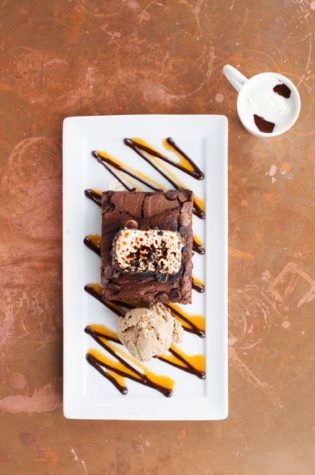 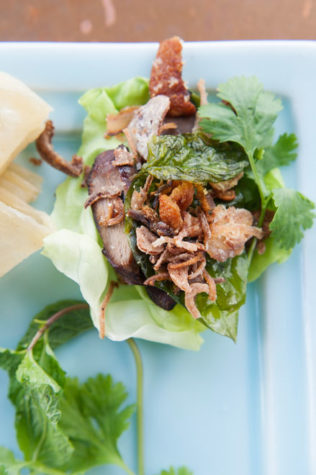 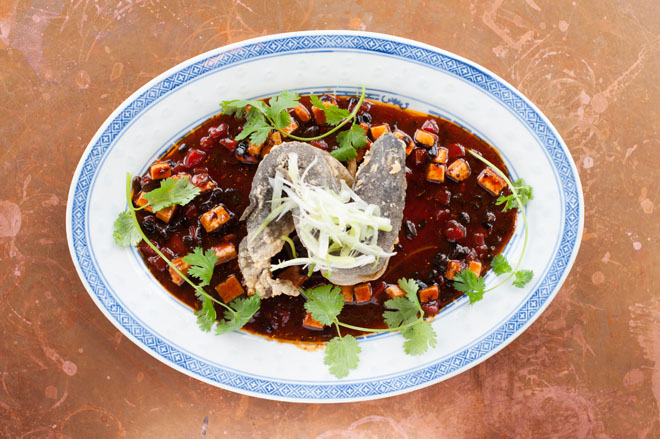 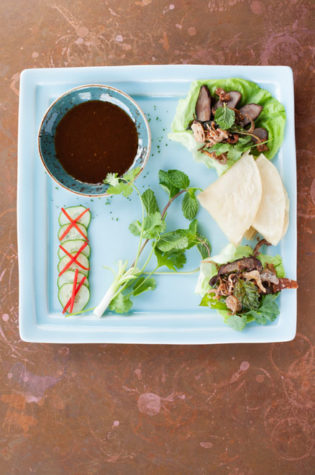 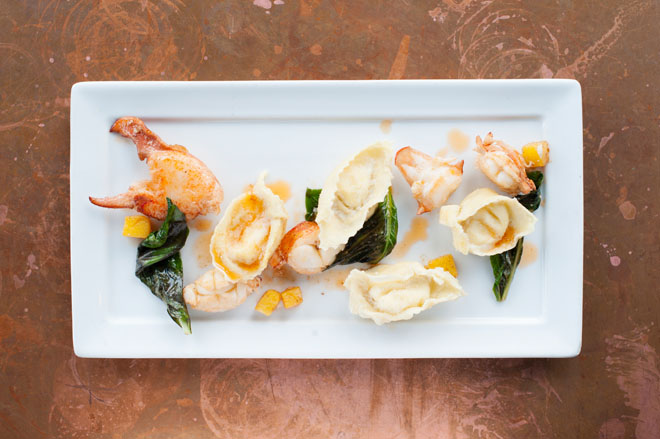 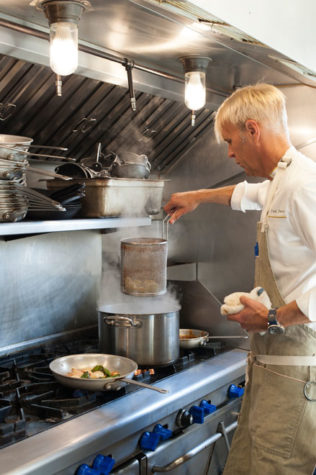 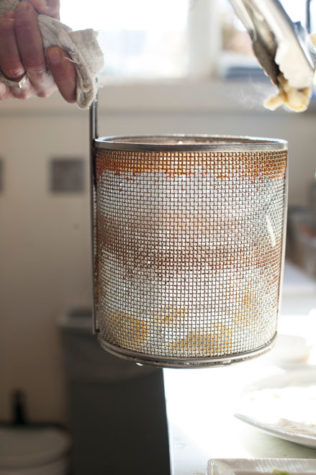 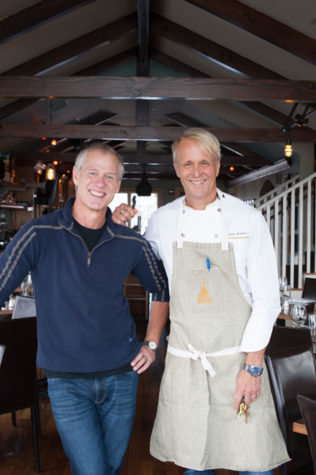 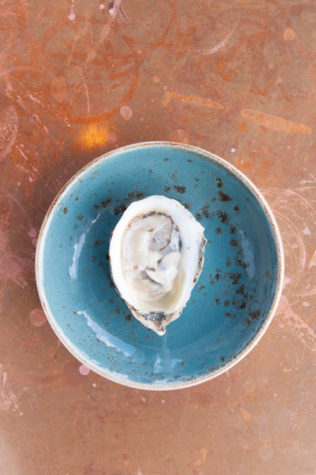 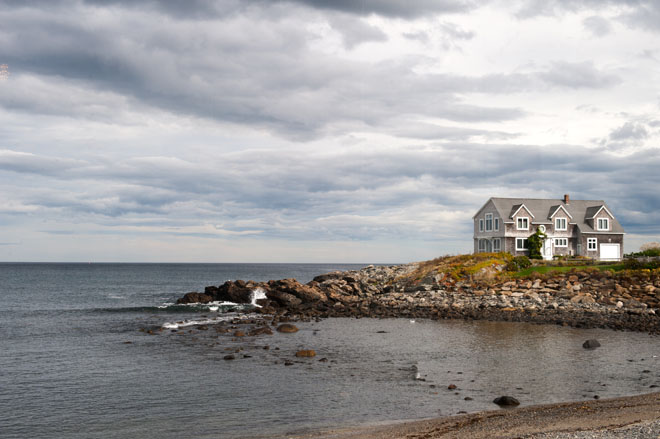 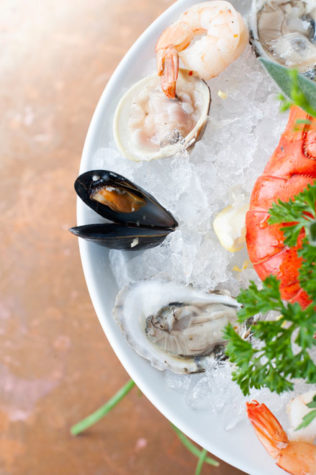 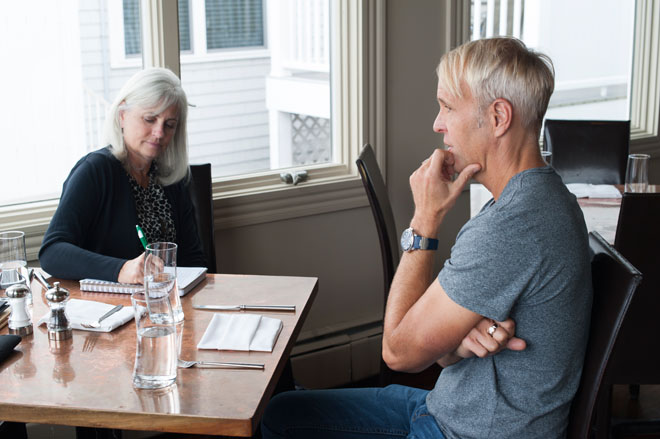 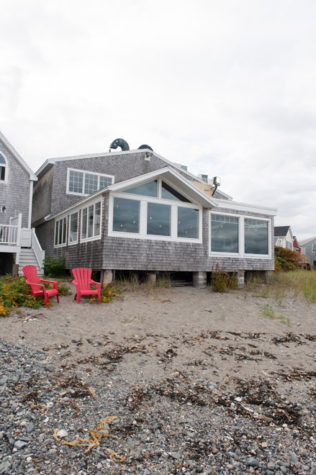 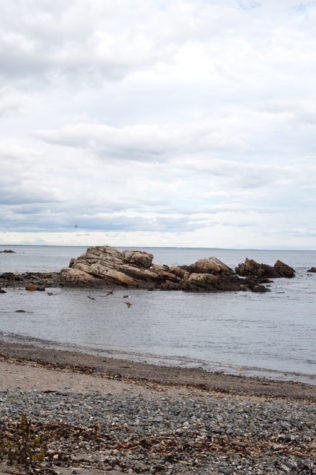 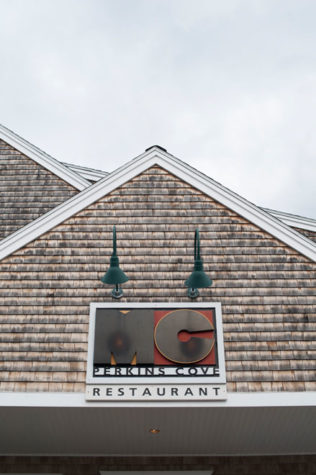 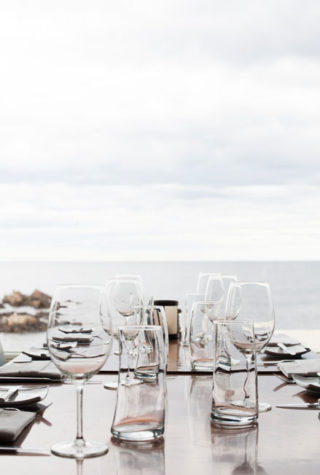 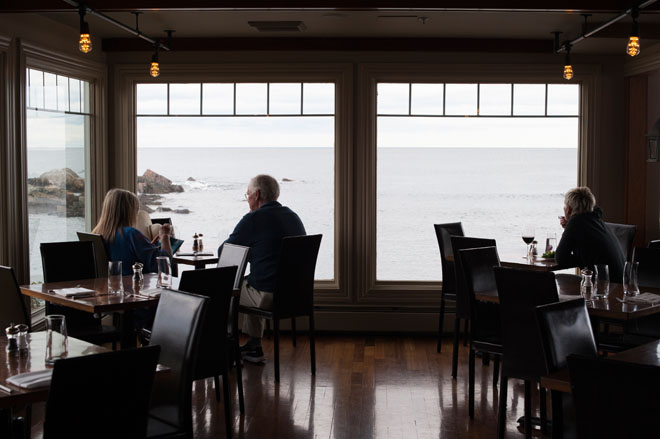 Driving into Ogunquit in October is like entering the world’s most scenic fun house. Lawns and storefronts display elaborate Halloween tableaux and autumnal decorations. Yet, the broad beach still pulls you in with a brief moment of hope that maybe summer lingers. But summer is gone and so are the many visitors who flock to Ogunquit in the warmer weather, leaving you space to breathe, room to enjoy a walk on the Marginal Way, and a window table waiting for you at M.C. Perkins Cove.

You could say M.C. Perkins Cove is all about the view, but that’s simply not true. Yes, the view is spectacular, like a Winslow Homer painting of rocky coastline, weathered homes and, on this day, steely cloud formations. But to give all the credit to the view would be unfair to the fresh and flavorful food being served.

Mark Gaier and Clark Frasier, formerly owners of the renowned Arrows, opened M.C. Perkins Cove 11 years ago when this dream location became available. “We had two days to decide,” Frasier tells me. “But how could we say no to this spot?” A full renovation gave the space a needed update. It’s clean and spare, with copper-topped tables, dark wood beams, and industrial-style lighting. The simplicity, of course, lets the view take center stage. “This was a fun, new challenge for us,” says Frasier. “It allows us to do straightforward, American bistro food, very different than what we were doing at Arrows.” Neither Gaier nor Frasier has any formal culinary schooling, but they trained (and met) working at Stars in San Francisco, the pioneer of new American cuisine, where an open kitchen and making everything in-house first became the norm. When a friend offered a lease-to-buy deal for Arrows, they moved to Maine, bringing the California vibe with them. And like many before them who first arrive in Maine in March, they thought, “What have we done?”

Twenty-two years later Arrows had become a dining mecca and the prestigious James Beard Foundation named them best chefs in the northeast. Now that Arrows has changed ownership, the duo can relax a bit, enjoying a more reasonable pace. M.C. Perkins Cove is their prize for working so hard to achieve all they did. They don’t work on the line any longer, but might step in to cook up specials and play with new ideas when inspiration strikes.

Frasier has recently worked up a new dish to serve at an upcoming benefit in New York: Handmade tortelloni is filled with creamy mascarpone and ricotta served with lobster meat, roasted pumpkin, and fried basil then finished with browned butter. It’s a swoon-worthy taste of fall with a Maine accent.

Frasier lived in Beijing in the 1980s and the pair frequently travel to Southeast Asia. That influence is seen in several menu items, such as the Peking duck cups starter and the trout in a complex sweet-and-sour sauce. The fish is a version of a 450-year-old dish first created in a little canal town west of Shanghai. It’s served whole, as it is China, where a whole fish is a sign of abundance and freshness. The fish is quickly and expertly fileted until it soaks up all the flavors of the sauce—ginger, Chinese vinegar, fermented black beans, cilantro, and more.

Fresh seafood is at the heart of the M.C. Perkins Cove menu, and it’s perfectly showcased in the “Grand Shellfish Tower,” a dramatic presentation two-tiers high of impeccable Pemaquid oysters, little neck clams, mussels, shrimp, and lobster on ice. There’s simply no better accompaniment than a glass of Veuve Clicquot to play off this unadulterated taste of the sea.

At Gaier and Frasier’s insistence, we finish up the afternoon with one more decadent treat, an ultra-fudgy brownie topped with a brûléed marshmallow-and-coffee ice cream. It’s a delicious ending to a delightful afternoon of fine food, excellent company, and of course that unparalleled view.