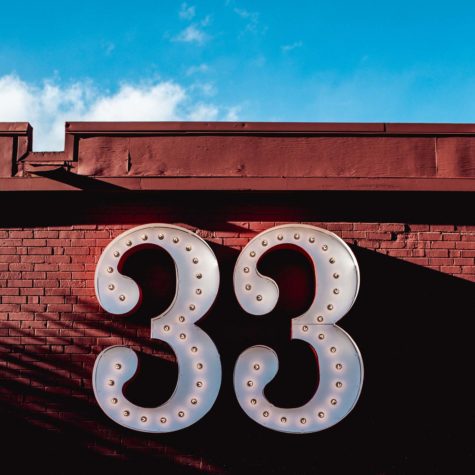 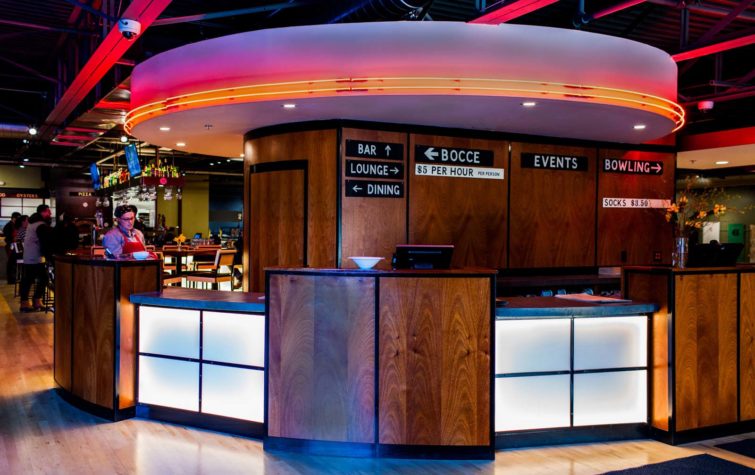 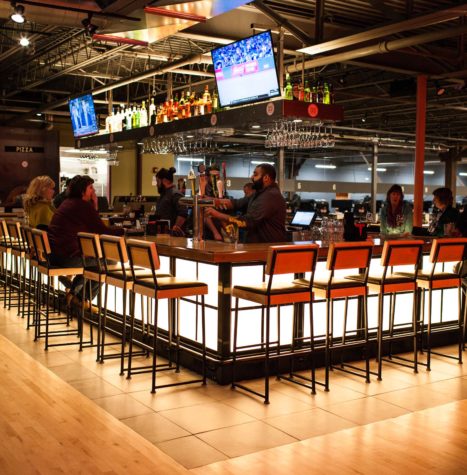 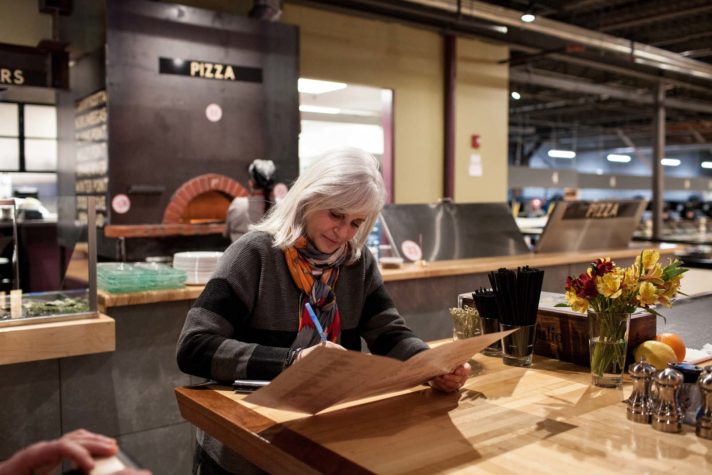 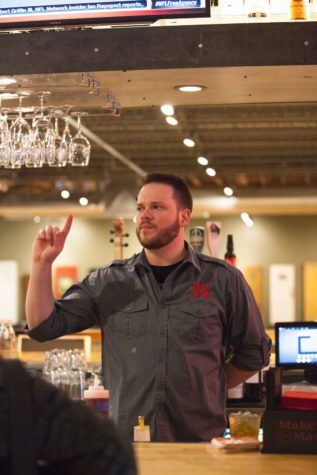 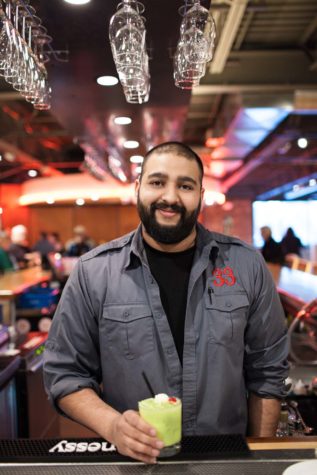 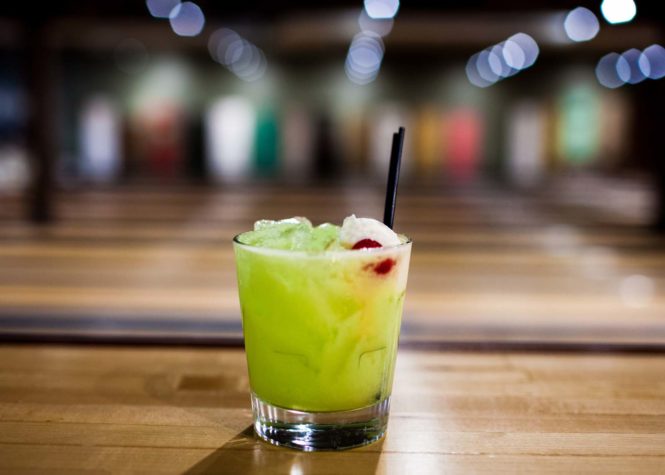 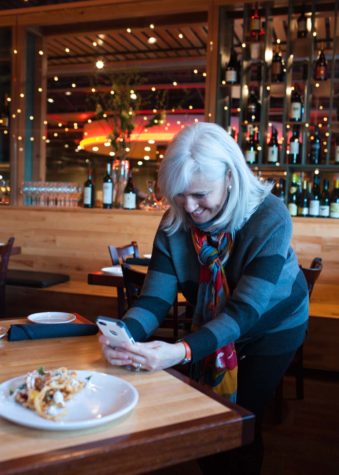 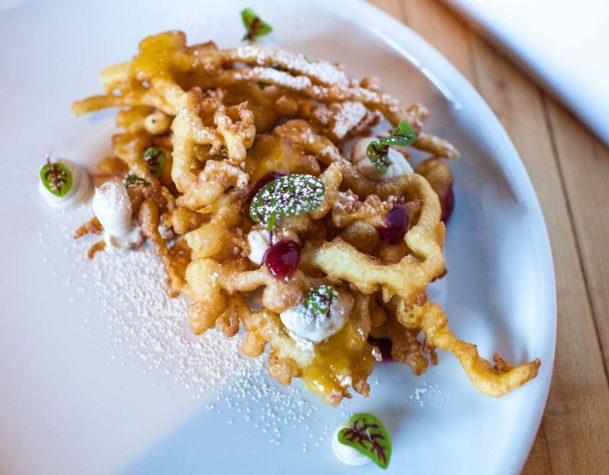 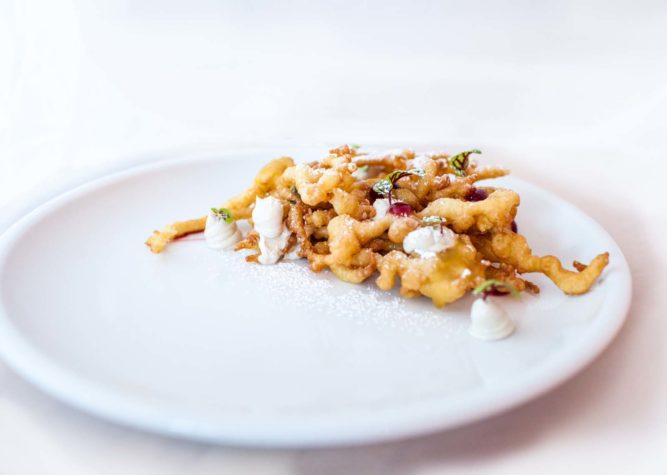 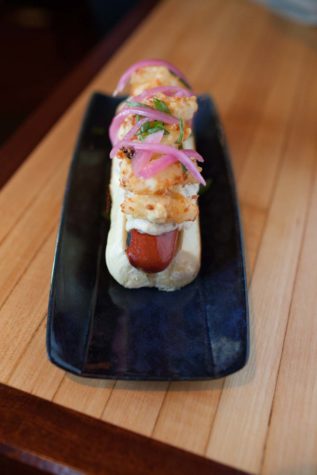 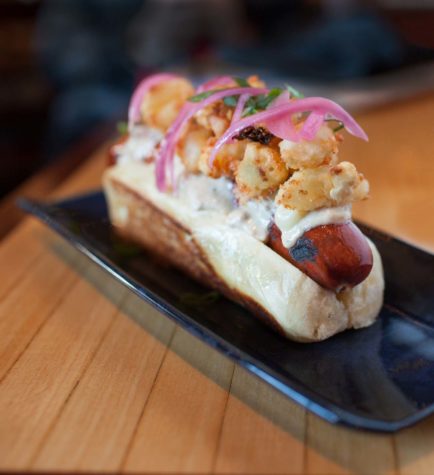 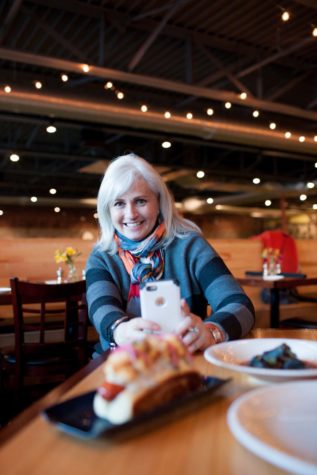 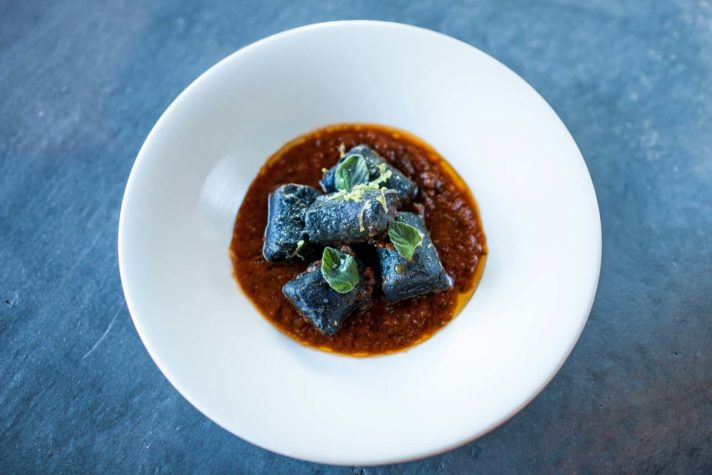 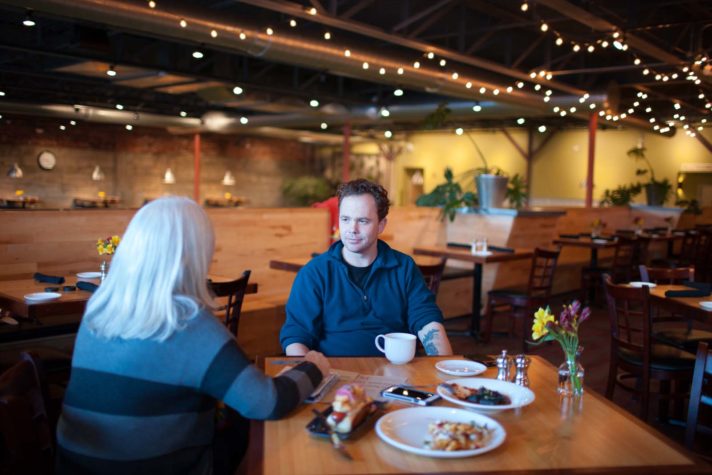 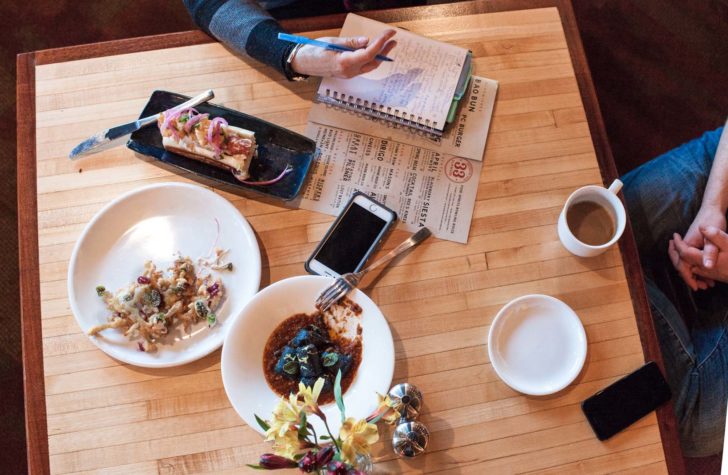 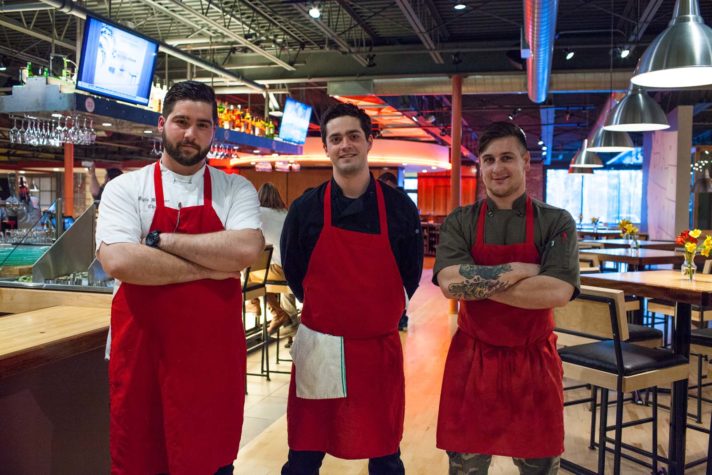 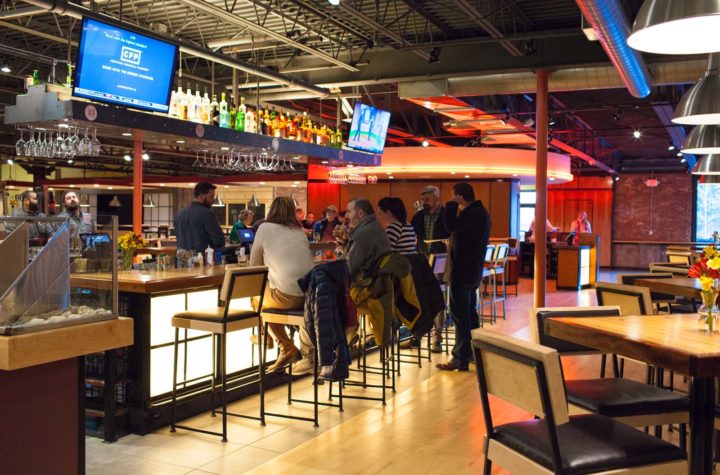 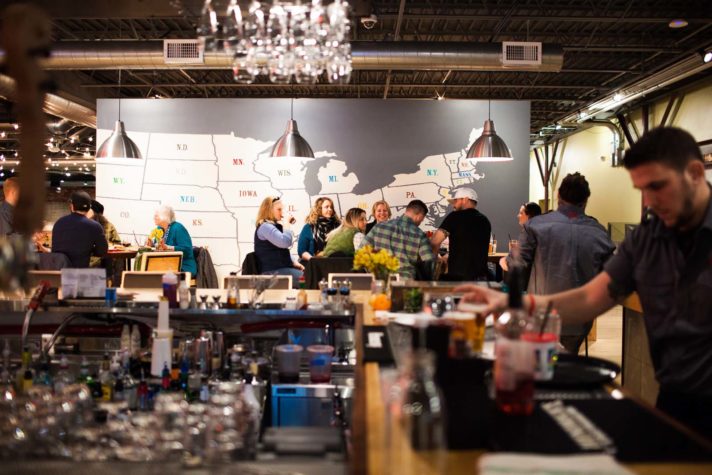 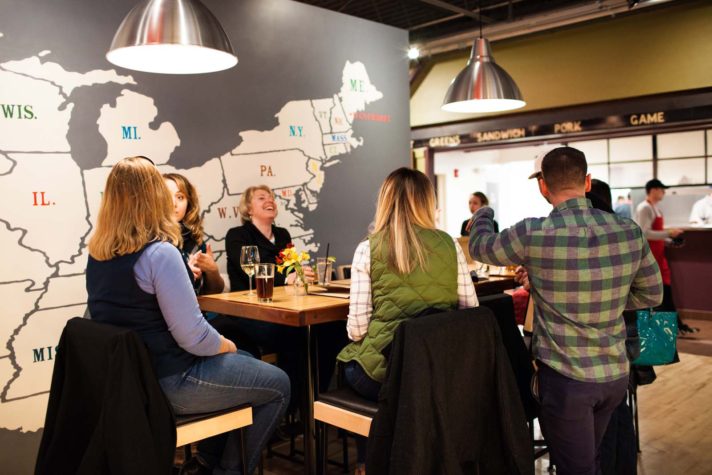 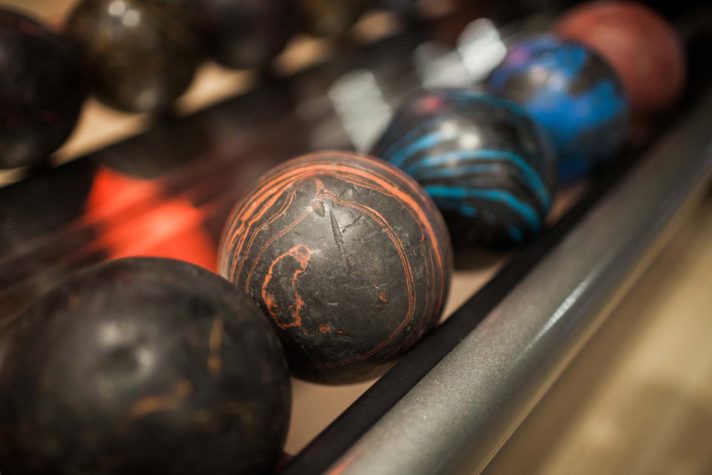 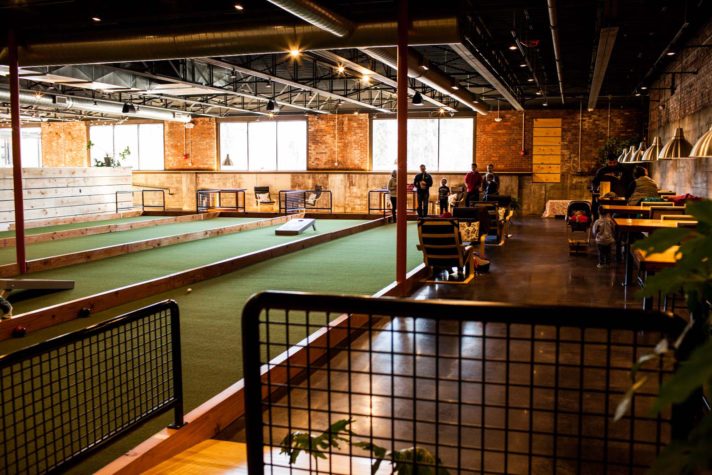 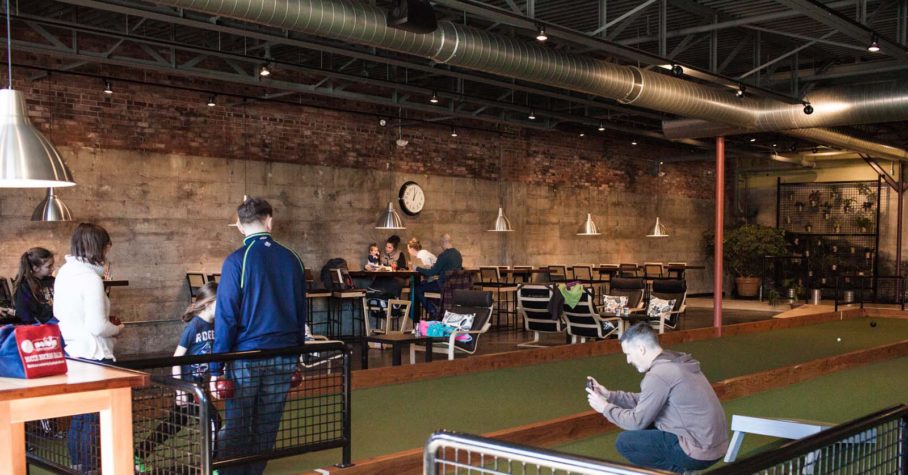 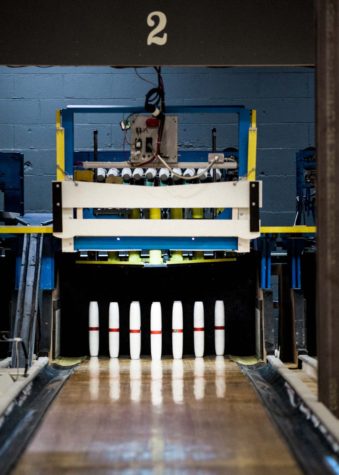 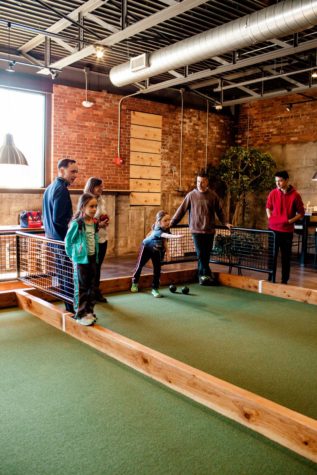 This is not your grandparent’s bowling alley. 33 Elmwood stretches the definition of what a bowling alley is to the point that it’s become something else entirely. And that is to everyone’s benefit. Step inside, and the first impression is stunning. Owner Myron Hamer, along with a team of designers and developers, has transformed a sprawling complex, previously housing a flea market and bingo hall, into an entertainment and dining destination. The place is well designed and stylish, sleek but invitingly comfortable, and appealing to all ages. The team carried forward some of the industrial character of the massive building, but furnishings and finishes make the decor contemporary and fun. A dramatic structural and functional glass wine cabinet separates the bar area from the dining area. Another dividing wall is painted with a giant map of the United States on one side and colorful orbs that remind me of a Twister game on the other. Dining tables and the big bar are crafted from old bowling lanes that were found on the property. Every area is well-thought out and engaging, drawing visitors in to explore and enjoy.

Before building out 33 Elmwood (named for its address), the idea was thoroughly researched, with visits to venues as far south as Washington D.C. “This concept has been successful in other parts of the country,” consultant Shawn Lewis tells me, “but it’s not something you see much of in Maine. We want to be a place where people can socialize. Games bring people together, and so does food and drink,” he says, “especially in the winter.” This is the first project he’s been involved with from the ground up, and he clearly takes pride in it. Lewis points out the open kitchen he designed and shows me the lounge area, a cool space behind sliding doors. It has the feel of a modern rec room, with cushy upholstered chairs, exposed brick, and paneling. It’s great for private events or overflow from the bar on crowded weekends.

Fourteen bowling lanes mean you rarely have to wait to get your game on. There are four lanes of candlepin and ten lanes of big-ball bowling, plus four bocce courts covered in artificial grass. Cornhole is also available. In between the two games area is the expansive bar, dining area, and kitchen. Cocktails are fun and clever, sometimes given a boost with ingredients from the kitchen. I love the bright Spring Break with Midori, Malibu rum, orange juice, and a small scoop of house-made lemon ice cream. Beer taps have a steady rotation of craft brews, including many local favorites, like Funky Bow Brewery and Beer Company and Maine Beer Company.

Behind the bar is a brick pizza oven, where we watch pizza cook Stephanie Boulanger tossing dough in the air. It could be a classic margherita or maybe the steak and cheese with cognac mustard sauce and caramelized onions. “Visitors are surprised by our menu,” sous chef Pat Vigue says. “We offer unexpected takes on typical foods.” A glance at the menu proves this with offerings such as Korean barbecue meatballs, fried deviled eggs, and funnel cake with foie gras mousse. A dish of gnocchi is served, and I am surprised—it’s almost black, tinted with squid ink. The gnocchi are presented in what appears to be traditional tomato sauce, but it’s flavored with saffron and mussels. It’s an unusual preparation, with the flavor of seafood bringing it together, and I find myself going back for more. “We’re not constricted by any one style,” says Vigue. “Asian, European, Mediterranean, we’re not afraid to go anywhere.” He proves it once again with a big beef hot dog in a delicious, house-made bun that’s steamed and then toasted with butter. The hot dog is covered with a very tasty jalapeno-bacon aioli, fried cheese curds, and pickled onions. It’s a riot of flavors and textures, resembling nothing like any hot dog typically found at a bowling alley. “We take extra time and extra steps to take food to the next level,” Vigue tells me. A bowl of irresistibly crispy Brussels sprouts with balsamic glaze and bacon backs up his statement wholeheartedly. The menu is a collaboration of everyone who works in the kitchen with some items changing every week. “But we always keep the staples that customers love,” Vigue says.

“We want to make this your third place,” says Lewis, “the place you come to hang out that’s not home or work. We want to stay fresh, keeping things interesting all the time.” 33 Elmwood offers a lot—bowling, bocce, bistro, and a bar. With a team as accommodating and innovative as this one, there’s little chance of being bored with any of it. 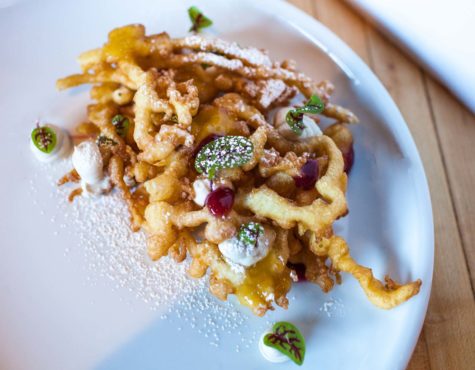 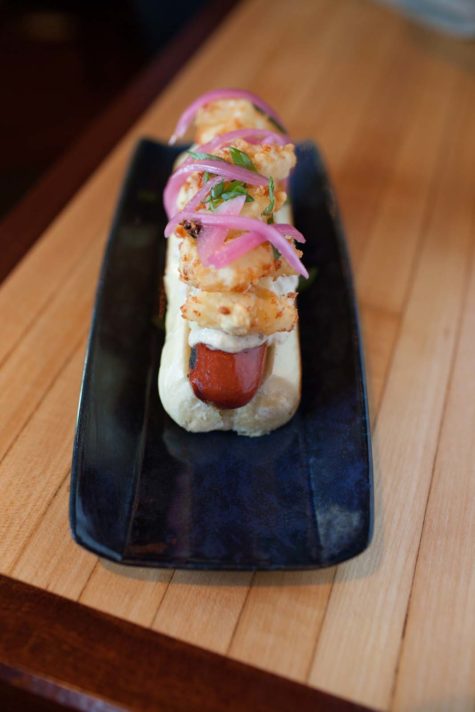 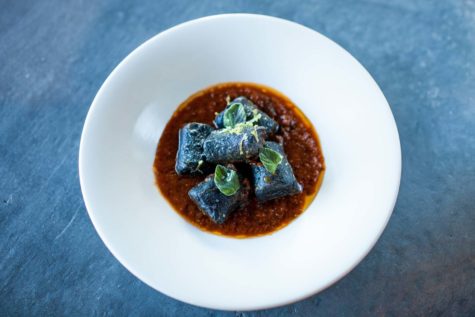