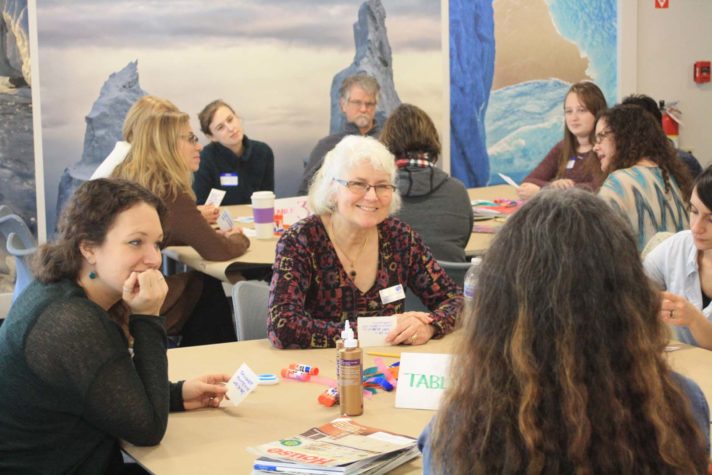 At the University of New England, a new program aims to lead the way in aging excellence.

The University of New England’s Portland campus (UNE) looks like any other college as students scurry from class to class. Upon closer look, however, the diversity found in the student body clearly sets the school apart. As one of the select “age-friendly” campuses in Maine, UNE is working to regularly engage and integrate the elder community into the life of the university. Dr. Tom Meuser, founding director of the school’s Center for Excellence in Aging and Health (CEAH), established the center in September with a mission to take the campus, its students, and its staff to the next level of age-friendly engagement.

Through the CEAH, Meuser has created a program called the UNE Legacy Scholars Program: a free initiative in which adults aged 60 and older are invited to support faculty and students as they conduct research in aging. Time commitments run the gamut from a few hours a week to a few hours a year, but each Legacy Scholar agrees to join a registry used by students to invite participants for research studies, be interviewed by students from a variety of departments, fill out at least one online questionnaire per year, and attend an annual Scholars Breakfast at which research findings will be presented. Each Legacy Scholar is in turn invited to participate in activities such as sitting in on courses, taking part in cultural events, and engaging in life-story interviews.

Legacy Scholars can choose the studies in which they wish to participate: the programs available provide a variety of artistic and intergenerational social engagement. For example, workshops conducted in February promoted selfexploration through art, while another project discussed different ways to harness creativity in later life. “People volunteer to help with research, but they get enrichment, which makes it more of a two-way street,” says Meuser. His hope is that the research will help older adults in Maine, and elsewhere, gain a greater understanding of aging as a positive force, not something to be dreaded or feared. “The idea is to break down disciplinary and thought barriers, to think more holistically about projects that apply to people in their daily lives—projects that are life-giving and enriching, that maybe dispel ageist stereotypes and that empower people to be what they can be.” At the CEAH, Meuser and his team are combating limiting societal systems and personal beliefs, are committed to breaking down barriers, and are leading the way for a new generation of aging excellence.