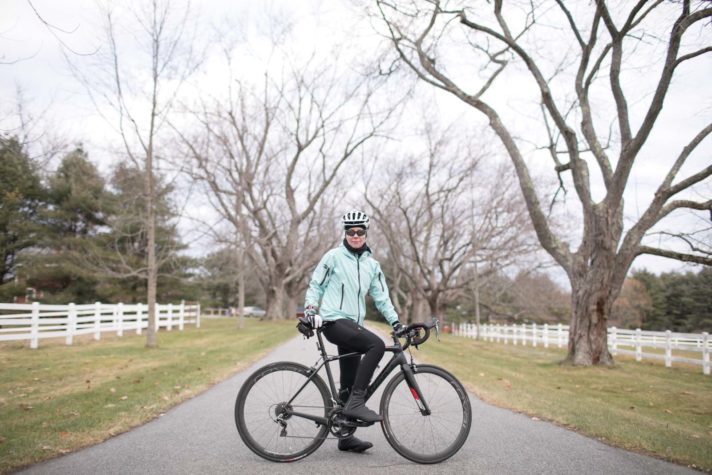 In addition to riding near her home in North Yarmouth, Houck also gets out on her bike in Hawaii, where she spends the winter. 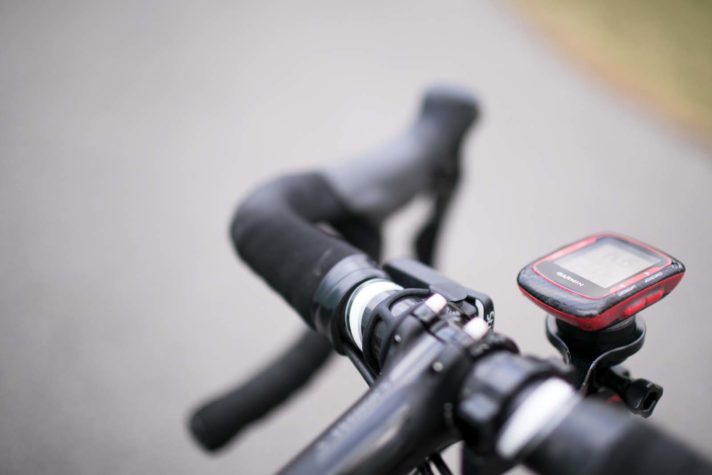 To track her workouts, Houck uses the Garmin Edge 500 GPS bike computer, uploading the data it collects to the Strava app on her desktop computer. 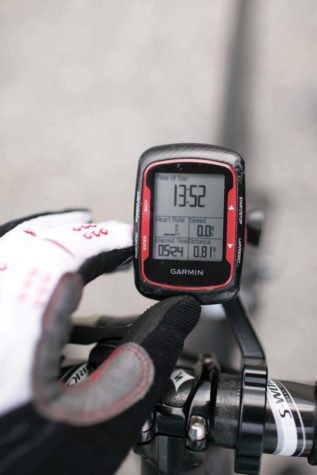 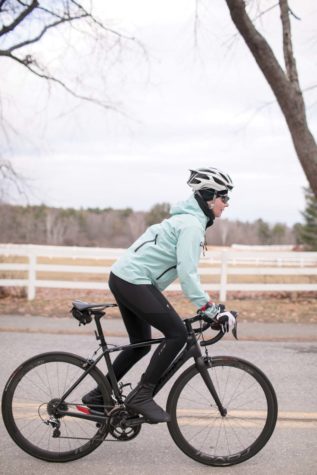 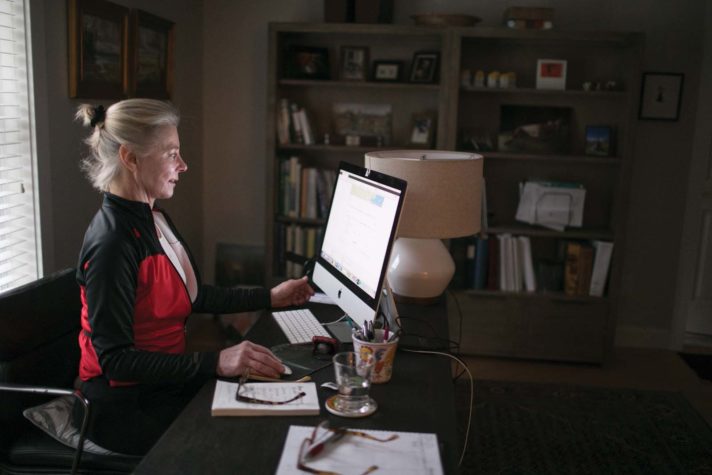 In her home office, Houck can combine the data collected by her Garmin bike computer with the Strava app and Training Peaks software to keep track of her performance and plan future rides.

Wristbands and apps are helping Mainers achieve fitness at every age.

“Is that a smart watch?” inquires my patient, looking at the pink band around my wrist. As if on cue, the previously dark face of the timepiece comes to life, suggesting that I should get up and take a few steps. The woman, a retired schoolteacher, shows me the fitness band on her own arm. “Mine does the same thing. It’s good to have. It keeps me motivated.” Being sedentary puts us at risk for chronic problems, like diabetes and obesity, as well as increasing our chance of early death. Popular “wearable technology” from companies like Fitbit, Apple, Jawbone, Garmin, Polar, Misfit and others—as well as “apps” like Strava and MapMyFitness on the smartphones that we carry—can help Mainers of all ages stay active and reach their fitness goals.

A lifelong runner, I’ve used everything from Garmin GPS monitors to an Apple watch to monitor my mileage and other statistics. I’m not alone. The use of wearable fitness and wellness technology around the world is growing at a rate of 32 percent a year, according to the consulting firm IHS Markit. By 2020, IHS estimates that we will spend $11.2 billion on this technology—nearly double what we spent in 2017. Studies published in the American Journal of Preventive Medicine found that these devices have a positive effect on people’s health behaviors. Some insurance companies now provide financial incentives to those who use fitness bands. Researchers have also gained a wealth of information about our habits through the “personally generated health data”—like steps taken, stairs climbed, and hours slept—captured by this technology.

Linda Coakley uses a Fitbit fitness wristband to help her stay motivated. “I love how it vibrates when I am sitting too long, so I get up and move around. I wear it 24/7,” she says. In 2015, Coakley retired from the Kennebunk Center for Dentistry, where she worked at the front desk for 22 years. She has increased her exercise now that she has more free time. “I know it is important to have daily physical activity to stay healthy,” she says. Four to five times a week, she goes to Quest Fitness in Saco, where she has been a member since 2012. “I work out more to feel stronger,” says Coakley. When Coakley is not at the gym, she enjoys walking on Kennebunk Beach. “The coastline is special. Maine has so many beautiful places to visit, and so much to do.” According to her Fitbit, Coakley takes more than 5,000 steps daily. “It has become my favorite piece of jewelry,” she says.

North Yarmouth artist Julie Houck also uses technology to stay fit. She has been an athlete her entire life—she ran middle-distance marathons and 10Ks in college when running was not yet a popular pastime for women—and has adjusted her workouts over the years. “As you get older, you can’t just rely on your youth to carry you through, and you can’t take your body for granted,” says Houck, who was previously a freelance photographer and is now a fine art painter. She primarily exercised at a gym until 2011, when she decided to try cycling. Calling it her “rolling meditation,” Houck particularly enjoys a route that takes her out to New Gloucester. “When you get into the zone, everything drops away. It’s just you, the road, and your bike. You feel the air on your face unlike when you are in a car.” She uses the Garmin Edge 500 GPS bike computer and uploads the data to the Strava app on her computer. Along with TrainingPeaks software, the data helps her to plan workouts and track her cycling progress.

Strava provides Houck with a lot of information—including speed, time, route elevation, and miles ridden. “The feedback tells you that you are getting better, stronger, and faster,” she notes. The app also enables her to see when she is getting tired, through her heart rate measurements and power data. “You need to know where you are and what your body is doing,” she says. “If you do overtrain, you can go into a descending spiral and it is difficult to get back on track.” Even when she doesn’t get out on her bike, Houck doesn’t often take days off entirely. She regularly fits in a yin yoga class at Riverbend Yoga and Meditation Studio in Yarmouth, and also does Pilates in addition to working out at Barsculpt in Portland. “I have the core strength of someone much younger,” says Houck, who points out that core strength is important for maintaining balance while on a bike.

Keeping her body healthy—and using the training plans she develops using technology—has allowed Houck to tackle some challenging terrain. She has ridden six iconic climbs that are famous among cyclists for being part of the Tour de France, and has also ridden in mountainous Piedmont, Italy. This year she and her partner, industrial designer and cyclist Andrew Dunne, hope to bike the coastline of California. But Houck, who spends much of the winter in Hawaii where she previously lived full time, doesn’t need to travel the globe to find happiness. “Maine’s a great state to take advantage of the outdoors,” she says. “There is something for everybody here.”

There is also something for everybody when it comes to wearable technology and fitness apps. From counting steps taken while on a beach walk to measuring our heart rates while cycling up a steep hill, we now have access to our own data like never before. This information can help us reach our goals and stay motivated to be healthy, no matter how many years we have lived. 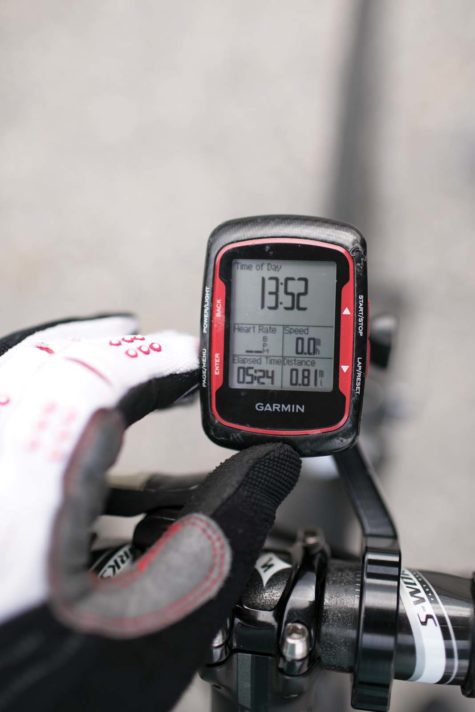 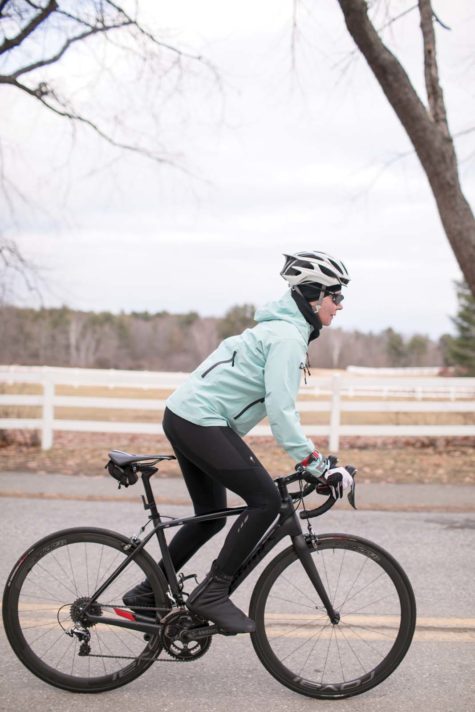