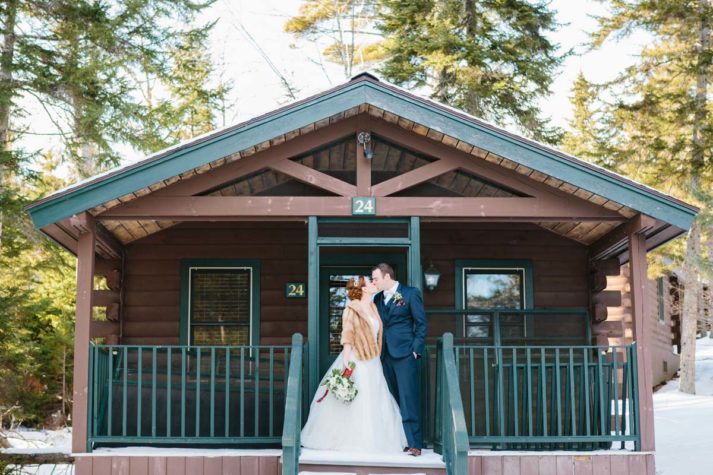 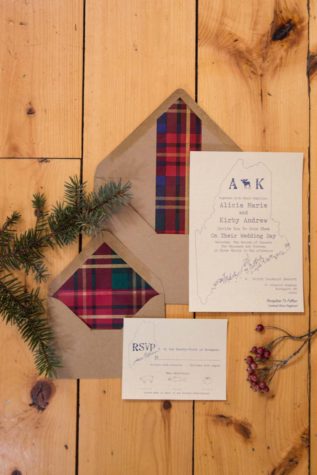 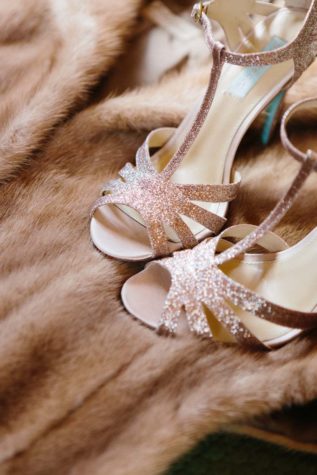 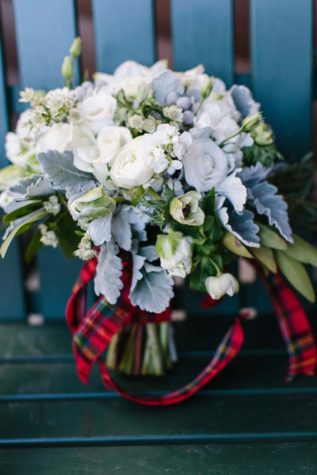 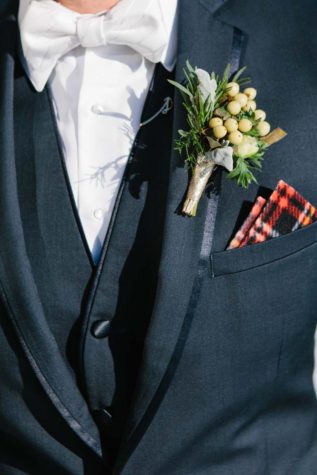 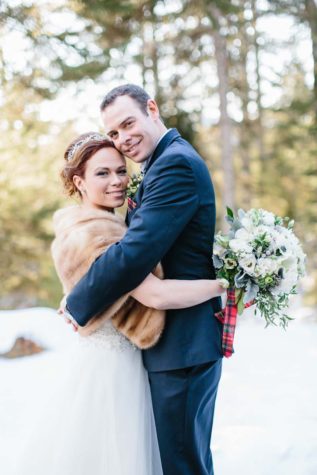 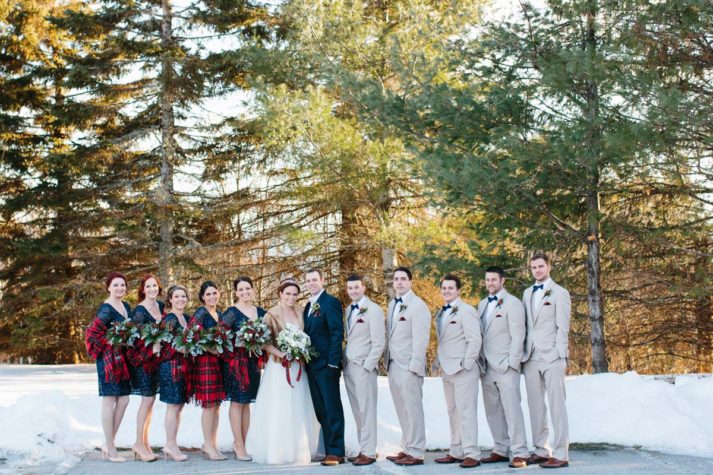 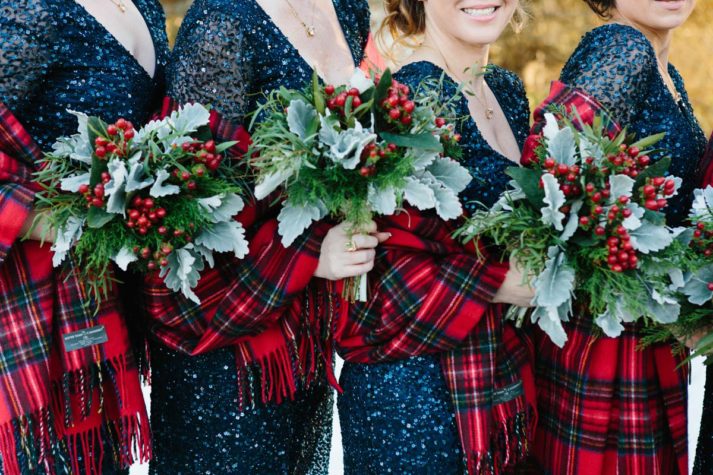 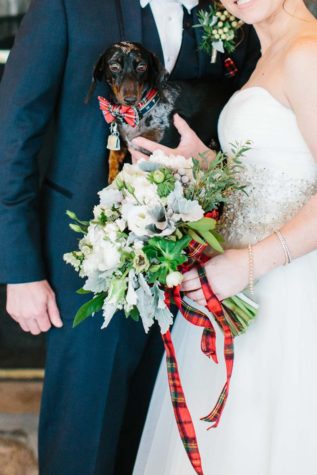 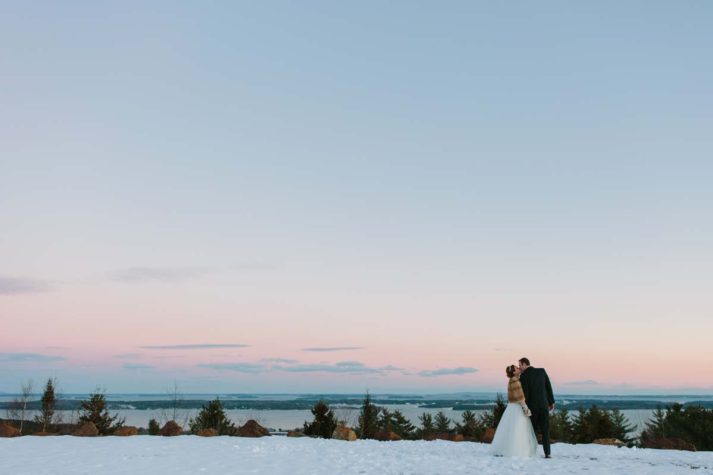 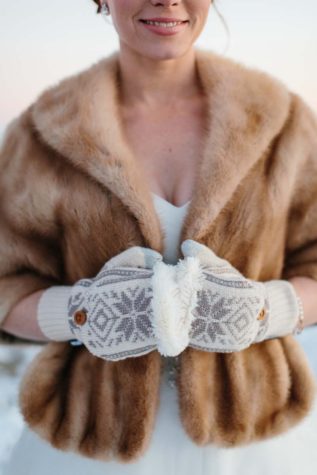 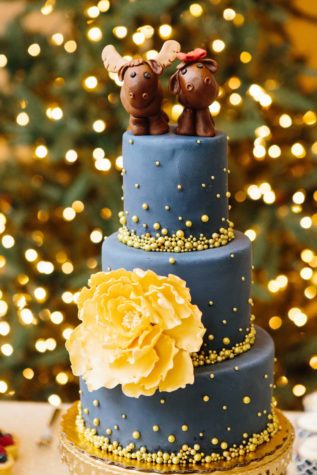 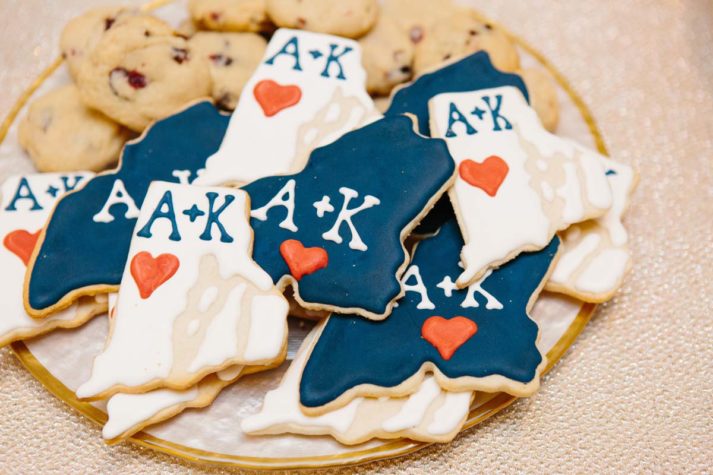 Alicia an event planner, and Kirby, a chef, met while working at a catering company in Massachusetts. One night, they were out with a group of their coworkers when the two slid silently out the side door and made their way to a tavern where they talked until close. From then on, they were inseparable. Several years into dating they used their combined talents to start a pop-up restaurant together. One night after executing a multi-course dinner and thanking everyone on his team— except for Alicia—Kirby got down on one knee and proposed. Having both worked countless weddings in their careers, the couple knew they wanted a destination wedding where their guests could really get to know one another. “It might sound funny, but we really wanted everyone to be stuck in one place together,” says Alicia. The two married in the middle of winter, lending a snowed-in vibe to their wedding weekend.

THE BAND: “We found this unbelievable band from Portland through a friend. Their specialty
is funk and 90s R&B. We were basically sold with just their description. One of my favorite memories from the whole weekend was when the male lead singer performed Mariah Carey’s Be My Baby and CRUSHED it. The song ended in an epic acapella group sing-a-long. It’s most definitely a moment I will never forget.”

DECOR: Alicia bought the mercury glass centerpiece vessels from one of her previous brides.
“From the moment I saw them at her wedding, I wanted them at my own,” she says. The plaid inspiration came from the couple’s dachshund, Lancelot. Just after getting engaged, Alicia found a plaid dog jacket for him in Kennebunkport during Prelude weekend. Flash-forward to a few months later, when the couple decided that plaid blankets would be the favor. “I thought it would be fun if the plaids were the same, so it became a game to find more of the matching plaid to incorporate.”

WEDDING FAVORS: While Alicia was growing up, her mom was a seamstress, so she jumped at the chance to dust off her cutting mat and sewing machine to make flannel blankets as favors for her daughter’s wedding. “She put her sweat and love into making one for each guest. I’m pretty sure it makes the blankets extra warm.” 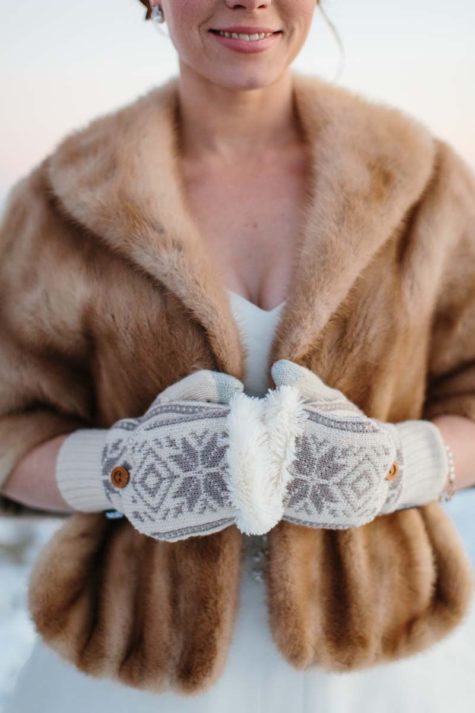 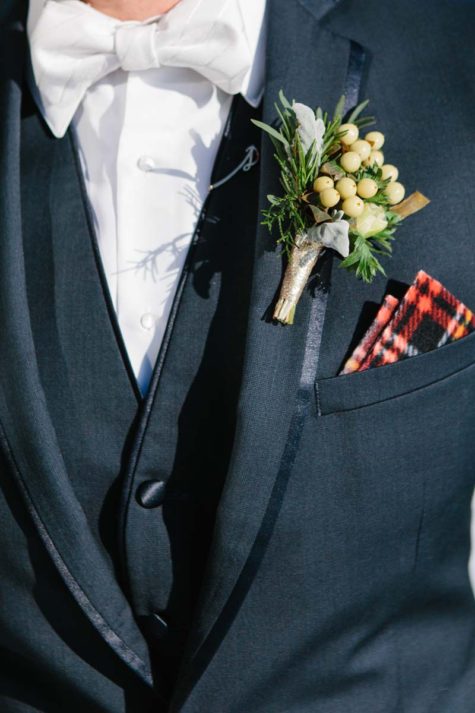