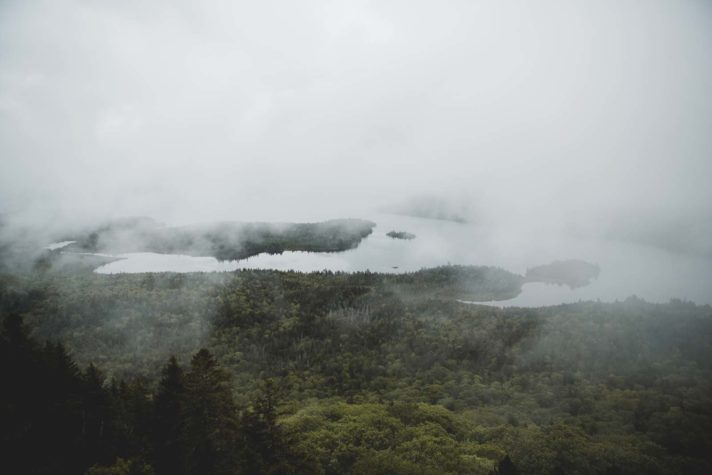 Morning fog on the Allagash Wilderness Waterway obscures the view, adding to the mystery of the trip’s beginning. 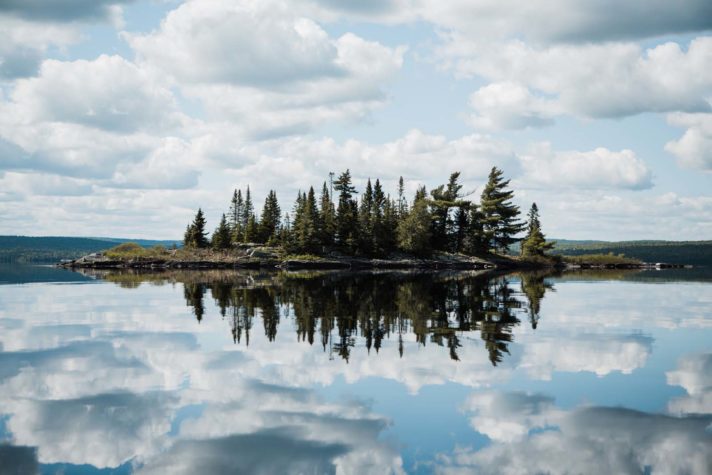 After three days of torrential rain and howling winds, the clouds part and the sun finally shines; perfect conditions and glass-like water reflect a small island in Allagash Lake. 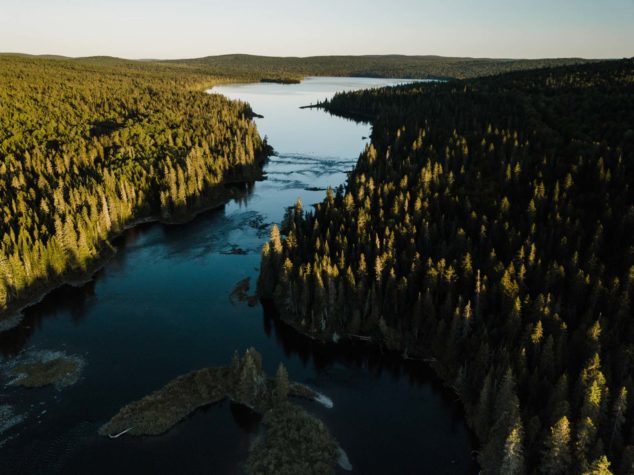 A drone view of Round Pond outlet as it turns into the Round Pond Rips. 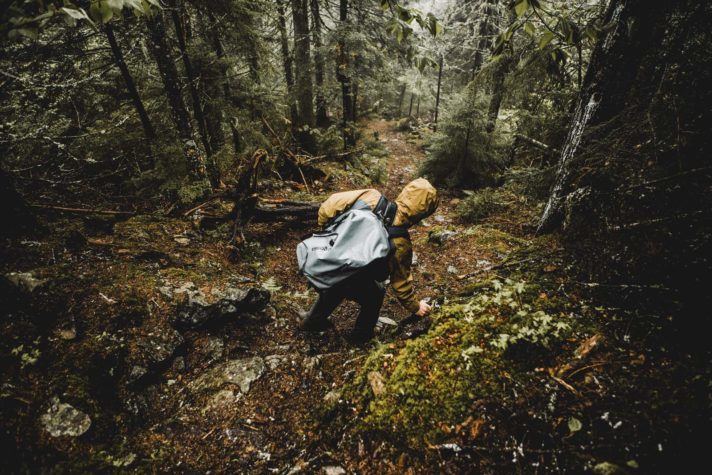 It’s a steep descent from the Allagash Mountain fire tower, and recent rain has made the trail slippery. 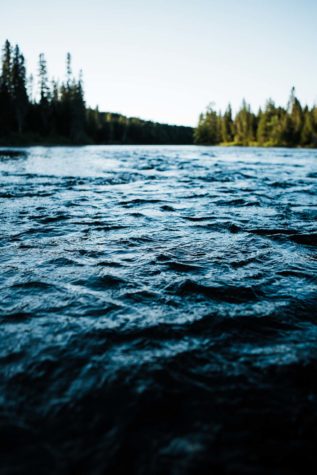 A water-level view from the front of the canoe shows it heading into a small rapid, or a “rip.” 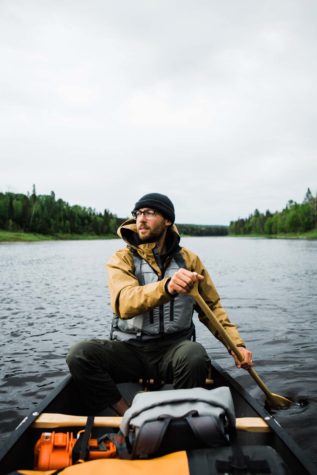 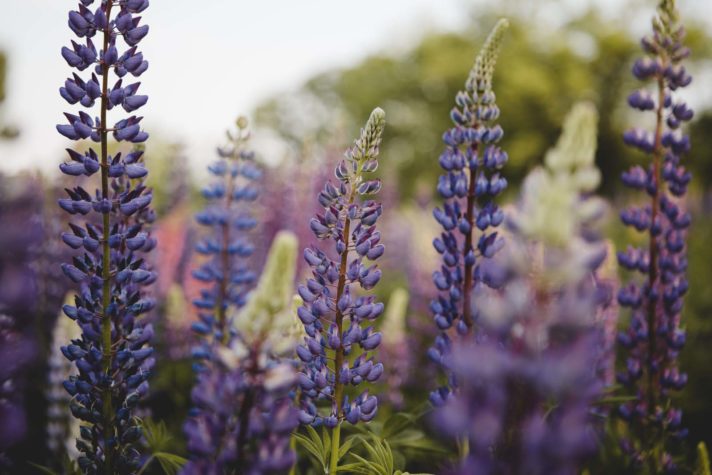 Lupines lend a rich splash of color in a sea of greens and browns. 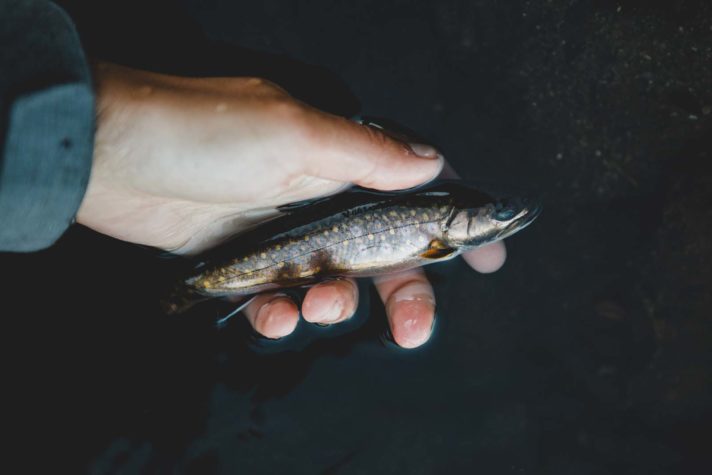 small and delicate brook trout, a species native to the Allagash that has inhabited the waterway since the ice age. 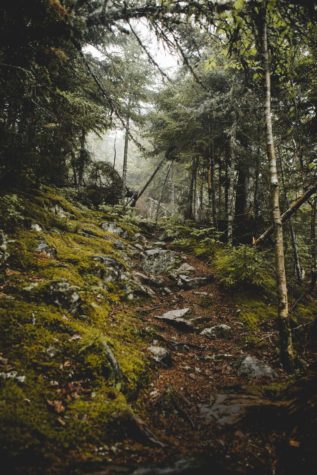 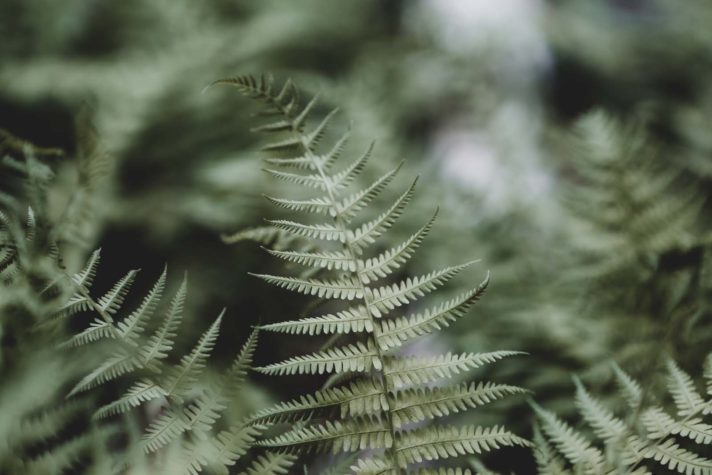 Delicate petals of a fern are a reminder that nature finds balance between powerful forces that shape the land and subtle details that shape life. 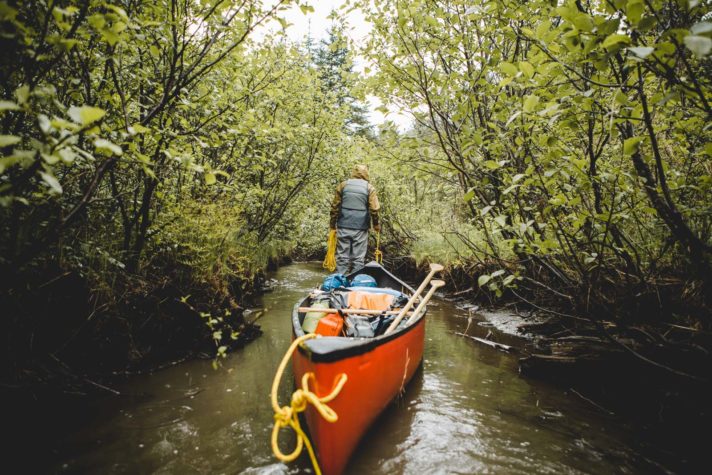 Low water and hard-to-navigate passages often require getting out the canoe and towing it behind. 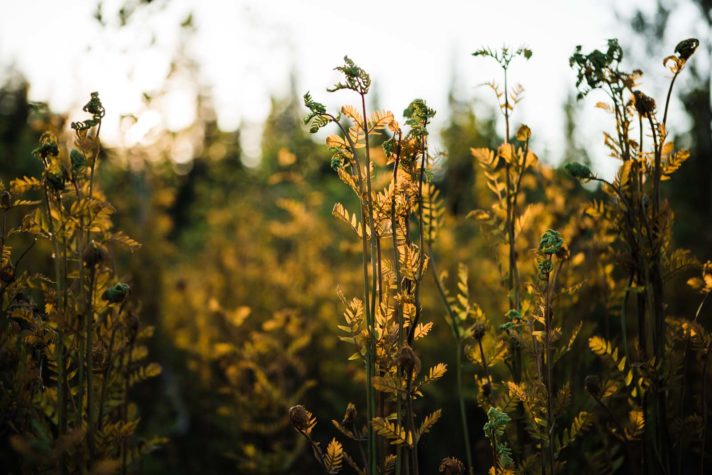 The light from the setting sun adds dimension to a field of royal ferns. 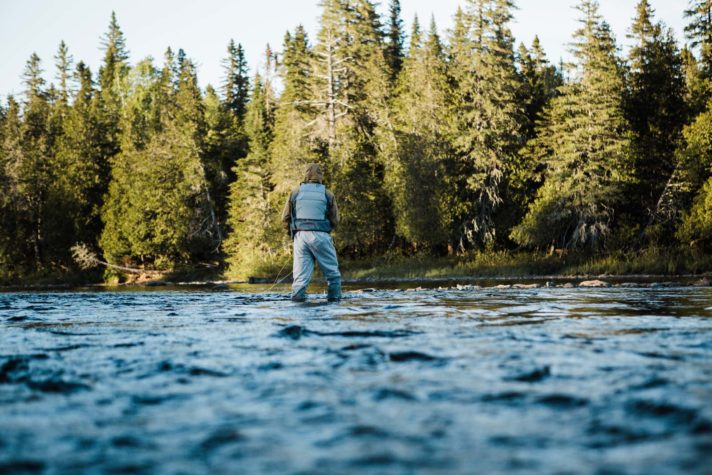 Chase takes advantage of the quiet evening to fish for brook trout.

The Allagash Wilderness Waterway has a way of drawing people in. Here, nature is unparalleled, and its appeal is hard to resist for adventure enthusiasts and outdoor connoisseurs. Hundreds of miles of trees weave in tandem with rivers, lakes, and streams, offering an earthly experience no longer found in many parts of the world. Wife-and-husband photography and filmmaking team Aimee and Chase Bartee, known as Tight Loops Fly, documented a ten-day journey through the Allagash Wilderness Waterway last year to train for a later trip to Labrador, Canada. They released a feature film, Big Land, in May about their trips to the Allagash and Labrador.“It basically gave us an opportunity to try every conceivable thing we’d been reading about in paddling literature, all at once,” says Aimee. But the trip came with a few surprises. “Almost on cue, when we arrived the weather turned nasty. We ended up stuck on Allagash Lake for three days with 40-mile-an-hour winds and cold rain. The whole tone of the trip took on this ominous feeling,” she says. In the Allagash Wilderness Waterway, everyone is at the mercy of Mother Nature. It can be nearly impossible to prepare for everything. While the Bartees planned ahead as much as they could, unrelenting wind and rain left them stuck on shorelines and lakeside clearings for five days of their journey. Eventually, the wind and rain retreated enough for them to move forward. However, the trip was still incredibly demanding. By the end of their ten-day excursion, Aimee had lost 10 pounds and Chase had lost 15. But they wouldn’t change a thing, Aimee says. “It was the kind of trip that, by the end we’re spending the days fantasizing about warm beds and home-cooked food,” she says, “but 24 hours after returning home, we were wishing we were back.” 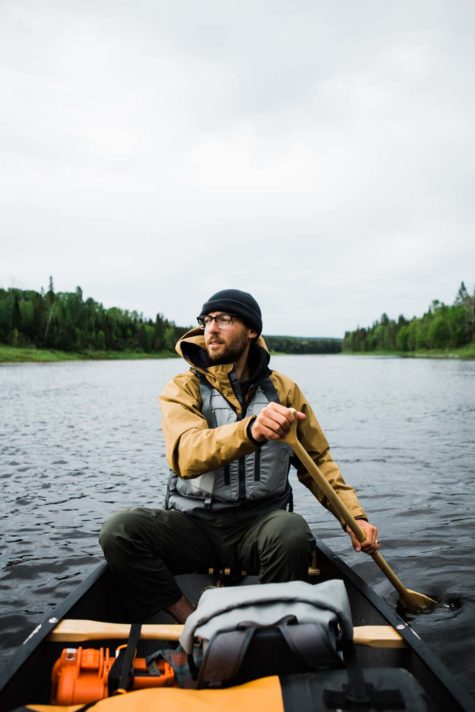