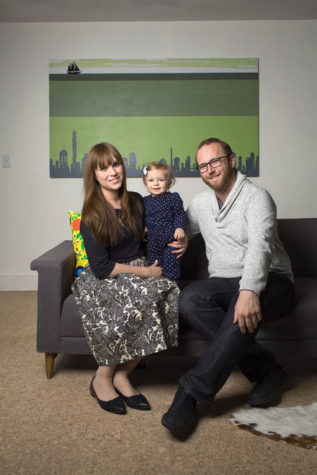 Andrew and Briana Volk were living in Portland, Oregon—he was working in a cocktail bar and she was in the advertising world—when they decided it was time for a change. Briana trusted her husband’s love of Portland, Maine, and they moved east and opened Portland Hunt and Alpine Club. The couple felt they were able to direct their efforts and create a place that plays an important role in the community. “We both strive to give back as much as possible to the community we love,” says Briana. The couple participates in Big Brothers Big Sisters of Southern Maine, United States Bartenders’ Guild, Symphony and Spirits with the Portland Symphony Orchestra, and Maine Start Up and Create Week, for which Briana is the co-chair of the food innovation track. Their commitment and focus has resulted in a number of awards. In 2015 the bar was a James Beard Foundation semi-finalist for “Outstanding Bar Program;” in 2014 it was one of Bon Appetit’s “5 Best New Cocktail Bars in America” and Food and Wine’s “People’s Best New Bars,” and that same year, Andrew was awarded Star Chefs’s rising star award.