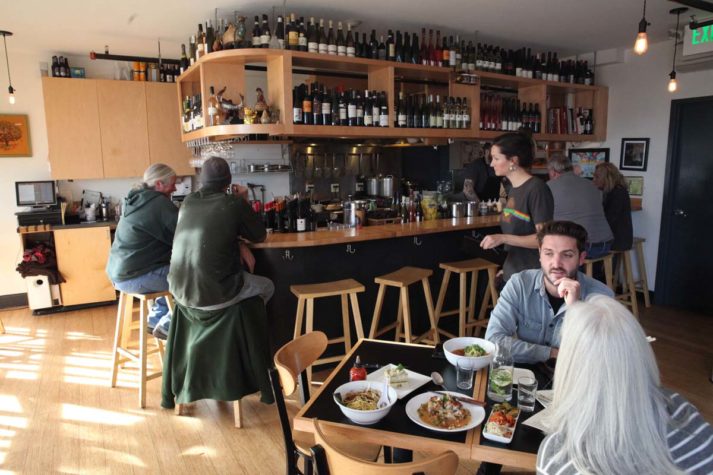 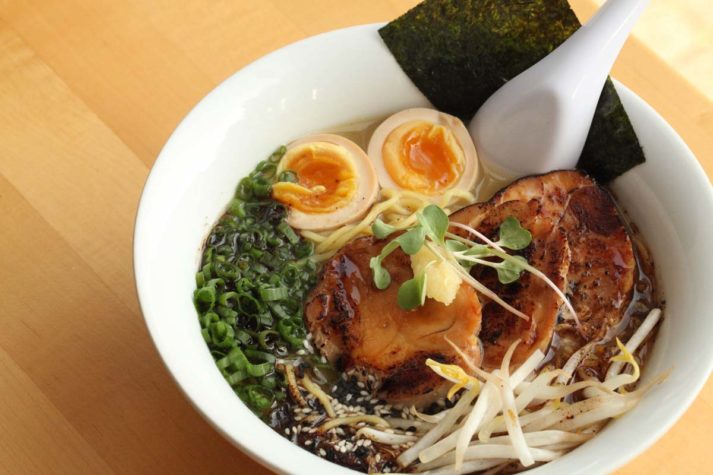 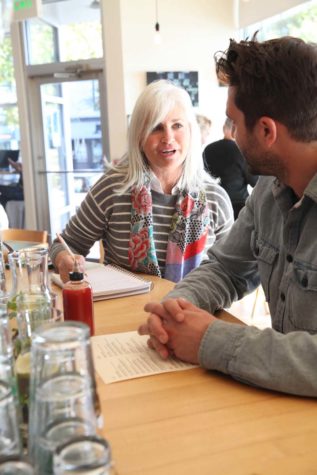 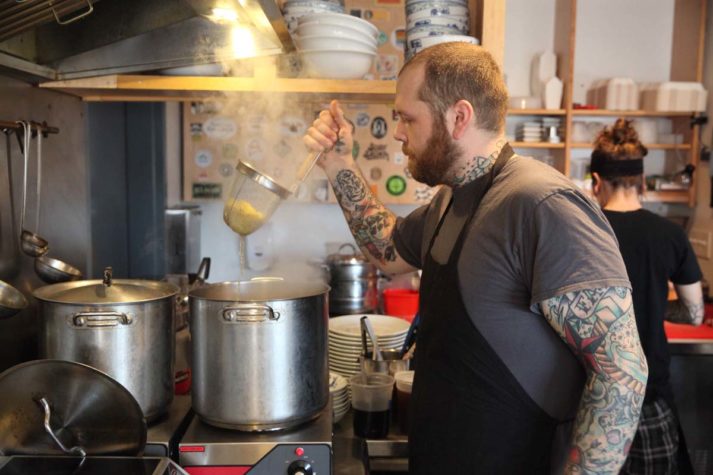 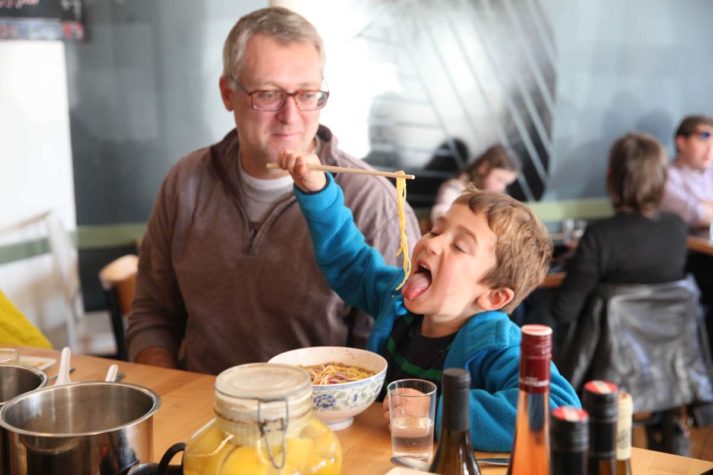 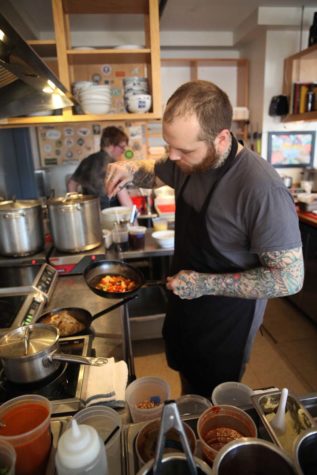 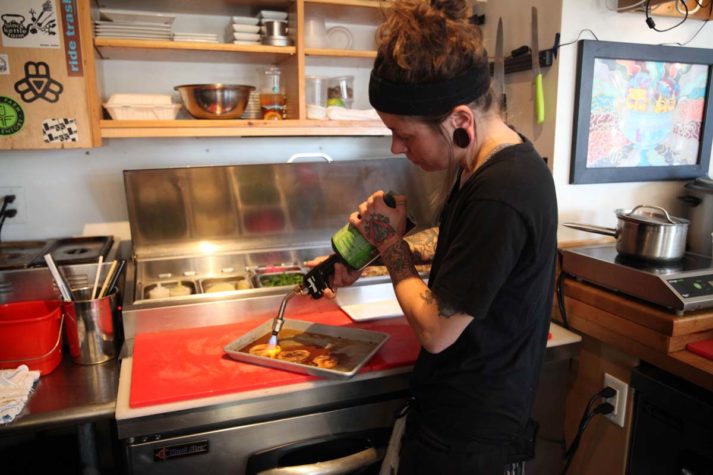 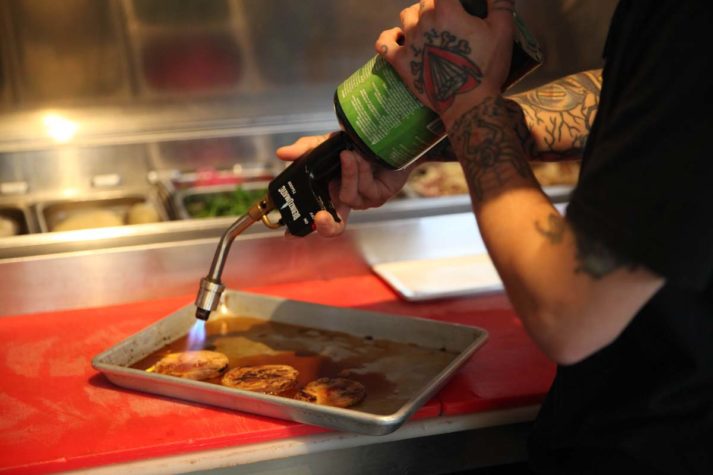 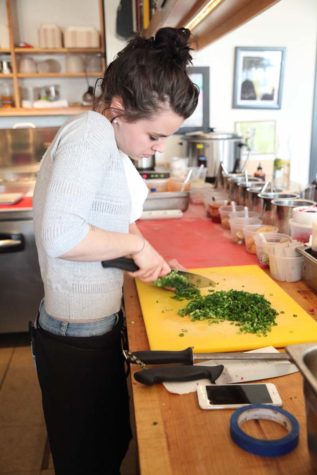 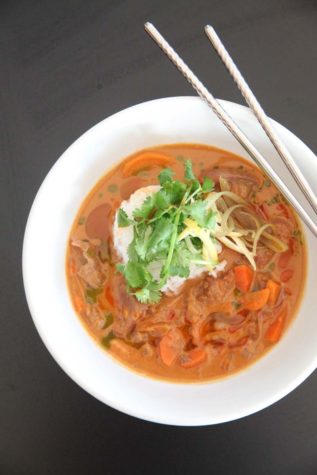 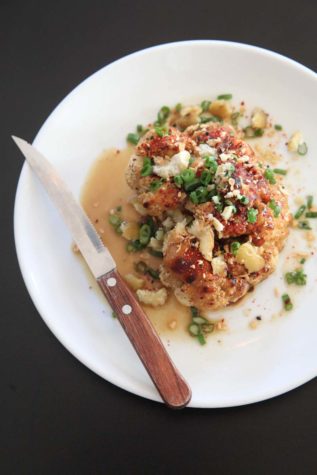 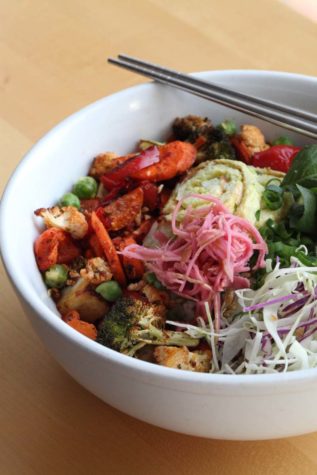 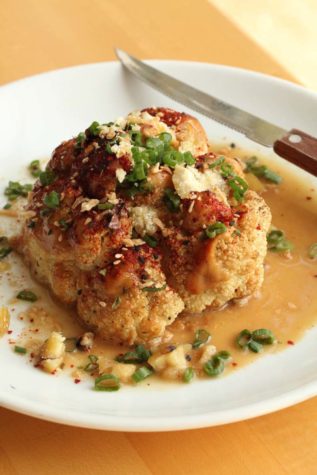 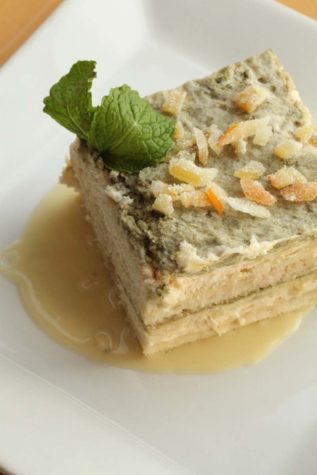 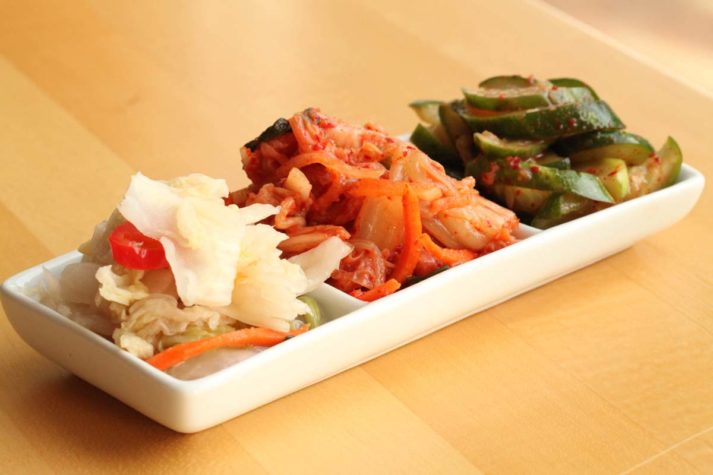 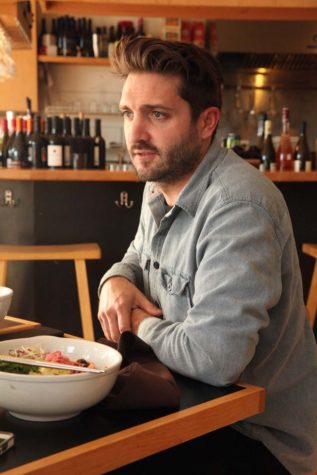 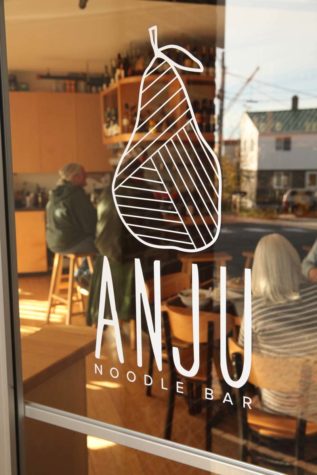 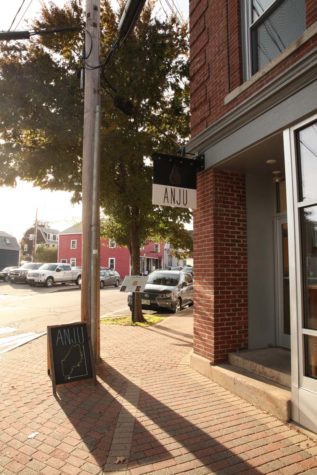 You know you’re in for a good time when there’s Talking Heads on the speakers and a little boy at the bar is slurping noodles, bobbing his head to the beat. He and his brother are not fighting or looking at screens. They’re happily eating ramen with mom and dad, who occasionally reach over with chopsticks to steal a few bites. On the other side of the bar, kitchen staff is serenely prepping and plating. It’s a calm and happy vibe at Anju Noodle Bar, one of a handful of restaurants that populate Wallingford Square in Kittery.

Anju Noodle Bar calls its cuisine “freestyle Asian.” If you’re a fan of Boda or the Honey Paw in Portland, Anju should be on your list as well. “Anju was born out of the kind of food I like to eat,” says owner Julian Armstrong, ”and I thought it would be a great fit for the neighborhood.” With no formal training, he likes to joke that he learned to cook from the internet. “This is just the food we would make for ourselves,” he says, “all figured out through research and experimentation.”

It all started with kimchi, the traditional Korean side dish of lacto-fermented cabbage, with the occasional addition of other vegetables. Armstrong started making it as a hobby, learning the technique from a friend’s Korean grandmother. The avocation became a business when he began selling jars of his kimchi at farmers’ markets, building a brand for himself. “It eventually developed a following, so I turned it into a restaurant,” Armstrong says. The first thing I’m offered is Anju’s kimchi trio, and I’m hooked. There is a spicy red cabbage kimchi and a milder, vegan version with white cabbage. The third is actually a quick pickle of cucumbers, with a dash of Korean chili pepper. It’s funky and bright, with the bite of garlic and ginger, and plenty of crunch. It’s recommended to mix the kimchi in with other dishes, like yakisoba and ramen. “I love when people taste things first, then build flavors by adding kimchi. That’s the traditional Korean way,” says Armstrong. I like my kimchi straight up, but I take his advice and mix some into the Rainbow Bowl, a big, colorful dish full of roasted vegetables, marinated tofu, tamago (rolled omelet), and steamed rice in a light lemongrass broth. It’s all topped with fresh cilantro, basil, and mint, giving a nod to Vietnamese dishes. I’d be happy if I could eat this every day. Another vegetarian treat is the tahini-crusted roasted cauliflower, a recently added menu item. A half-head of cauliflower is lightly browned and tender, aromatic with miso and tahini. Roasted chestnuts give the dish a meaty, earthy quality and confit garlic gives it bite.

While there are many vegetarian and vegan options at Anju, the foundation for many of the other dishes is bone broth. “It’s ridiculously healthy,” says Armstrong, “and so comforting.” Bones are locally sourced, often coming from Maine Meat, a whole animal butcher shop next door. The bones get a 24-hour simmer to develop a concentrated, creamy stock used as a base for ramen. Paitan ramen is traditionally pork based, but Anju’s version uses chicken instead. Along with a lot of chewy noodles, there are a few slices of highly flavorful char siu chicken with sweet soy glaze and a seven-minute egg marinated overnight with sake, mirin, and soy. The deeply satisfying dish is finished with black garlic oil, adding to the umami richness. A curry, filled with tender chunks of lamb and slices of sweet potato, also uses chicken bone broth blended with coconut milk as its base. It’s spiced up with lots of gochujang, a pungent Korean chili condiment, and preserved lemon.

There are so many big and bold flavors at Anju that it leaves one wondering what to drink. “We sell more beer than anything,” Armstrong says. A long list features “as many local brews as possible,” with the exception of Tecate from Mexico. There’s also a surprisingly extensive (and well-priced) wine list. “I know it doesn’t have to be this big; I just like it,” says Armstrong. “They’re all chosen because they go well with the food. It’s a lot of smaller makers and mostly natural wines.”

The menu was developed as a team, with input from all of the kitchen staff. “It’s an egalitarian kitchen; we work as a team,” says Armstrong. “Everyone brings something to the table.” Every dish I tasted was a well-balanced combination of salty, sour, sweet, and savory. “It’s true to what I think Asian food is,” he continues. “Not true to tradition, but a dedication to the flavors.” 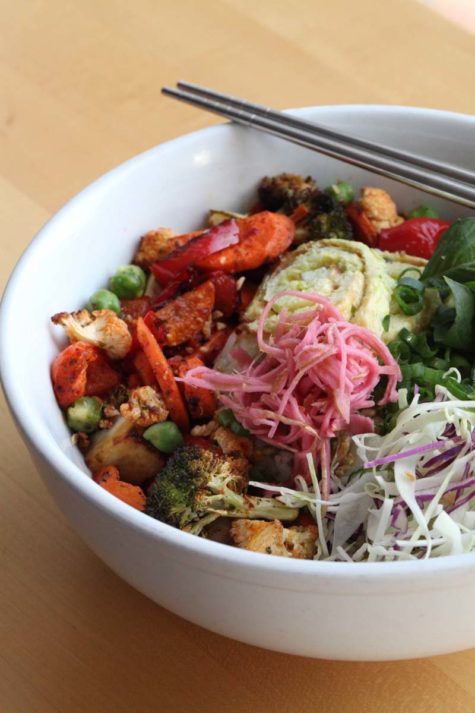 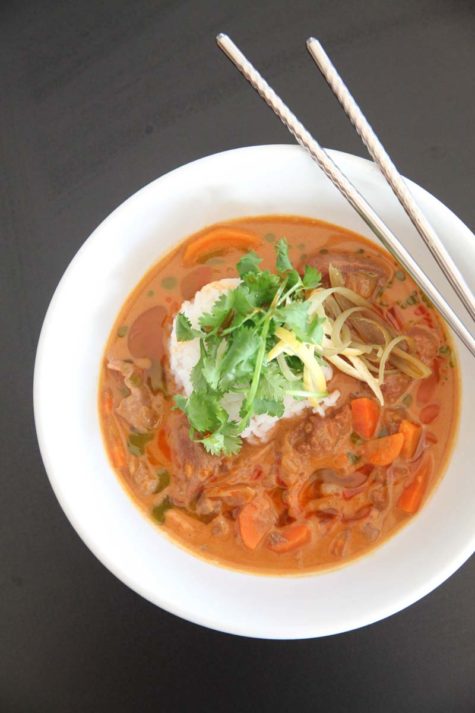