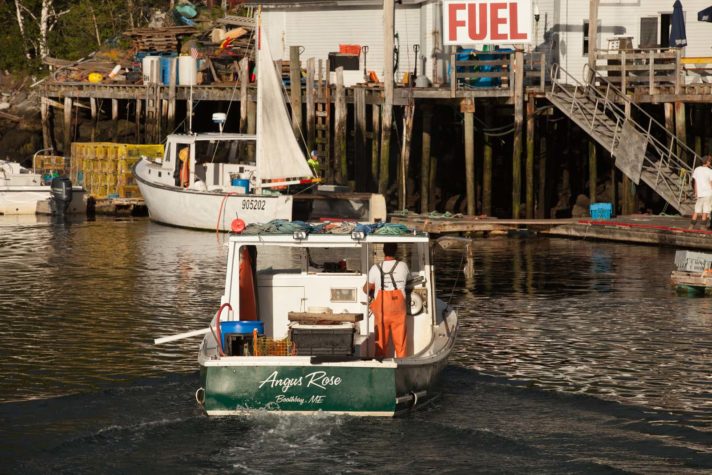 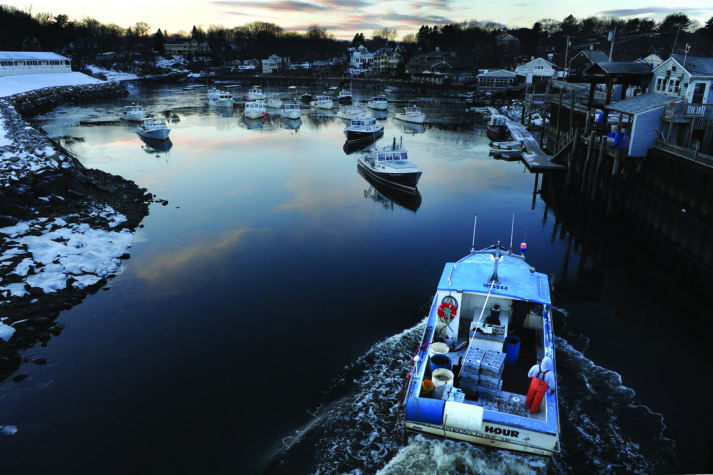 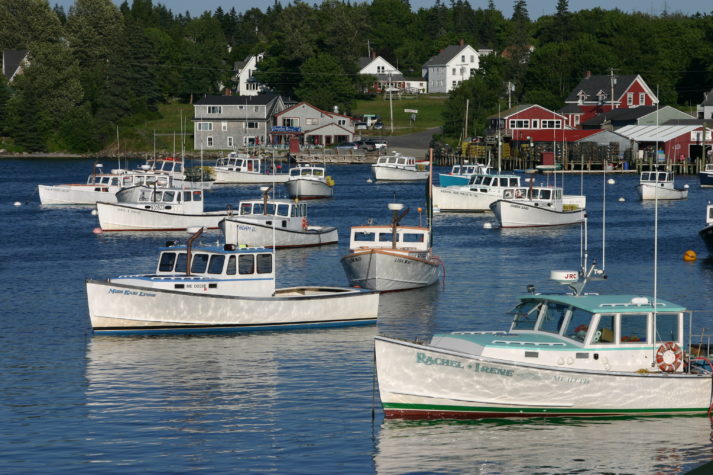 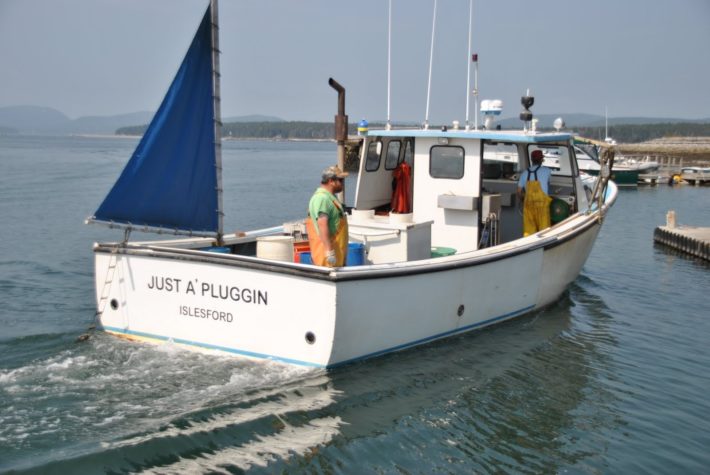 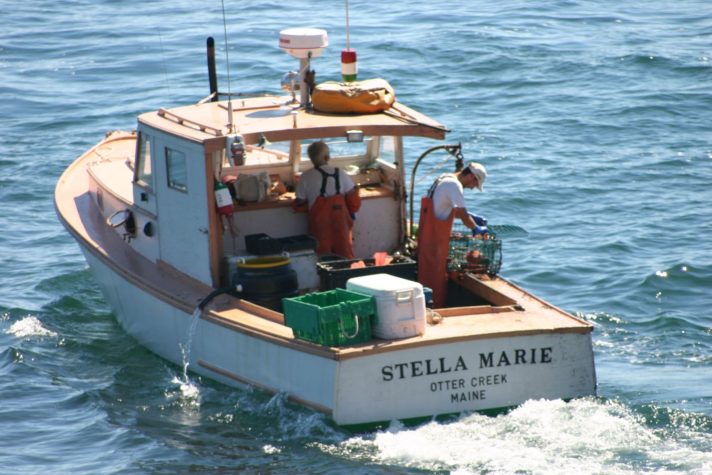 What is in a name? More specifically, what is in a lobster boat’s name? There is rich history and tradition around lobster boat naming in Maine. Each boat name tells a story. With traditions also come superstitions, and when it comes to lobster boat names superstitions abound. Portents of bad luck include launching a vessel without a name and naming a boat after one that has sunk. Although female boat names are common, they are not the only subject matter. We took to Facebook to ask some of our followers what their boats, or their favorite boats, are named. Here are some of our favorites and the stories behind them.

Split S.E.C.O.N.D
According to his wife, Elaine, David Osgood of Vinalhaven “likes to go fast.” A third-generation lobster boat racer, Osgood often finds himself at the front of the pack of these uniquely Maine races. The latter part of the boat’s name is a tribute to his family. Every letter in the acronym is the leading letter of a family member’s name. David’s son Steven, the fourth generation of Osgood lobster boat racers, calls his boat the Full S.E.C.O.N.D.

Catch ’Em All and After the Rest
Nathan Barrett waited patiently for almost ten years to obtain a lobster license. When Barrett bought his 32-foot Mitchell Cove boat it came with a name that he thought suited it just fine, Catch ’Em All, decorated with a rapacious crustacean with money in its claws. Like many lobstering families, their son Isiah, who was only a year old when the family obtained their first lobster boat, grew up hauling alongside his father. Amanda, Barrett’s wife, says that there was a time when Isiah would catch a few afternoon Zs in lobster crates As soon as he was eligible at age eight, Isiah secured his first lobster license. A close friend of the Barretts has worked countless hours repairing, painting, and preparing a 16-foot-boat that will don the same money-clawed lobster as Nathan’s first boat. Young Isiah will be following close behind with his boat called After the Rest.

Butterfly Kisses
“Butterfly kisses after bedtime prayers. Sticking little white flowers all up in her hair. ‘Walk beside the pony, Daddy, it’s my first ride.’” Mark Carver’s boat is named after this Bob Carlisle song, but more importantly, after his daughter and only child, Robbi. As a six-year-old, Robbi would visit the boat shop where her father was building his boat to lend a “helpful” six-year-old hand. On one momentous day at the boat shop, Robbi’s father revealed to her the stern of the boat, where there was a portrait of her with the words, Butterfly Kisses.