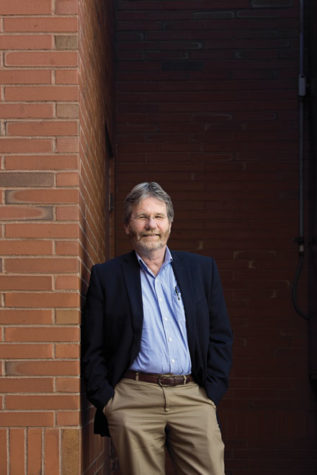 Bill Nemitz is a columnist for the Portland Press Herald and Maine Sunday Telegram. One of the most important accomplishments of his column is “lending a voice to those Mainers who might not otherwise have one.” Nemitz’s dedication to storytelling has inspired trips to Iraq and Afghanistan five times in the last 11 years to report on the Maine Army National Guard. He has also traveled to the Gulf Coast in the aftermath of Hurricane Katrina and to Haiti after the 2010 earthquake. He covered the Good Friday Agreement brokered by former U.S. Senator George Mitchell in Northern Ireland. “I love to write, I love to tell stories, and I love to meet and get to know as wide an array of people as possible,” says Nemitz, who came to Maine in 1977 after college. “I instantly fell in love with its natural beauty and its people—in the 38 years since then, that attachment has only grown stronger.” Nemitz was awarded Maine Press Association Journalist of the Year in 2004, New England Newspaper and Press Association Distinguished Service Award in 2007, and Shalom House Hope Award in 2007. He is also involved in the community he writes about. He is a former board of trustees chair for the Salt Institute for Documentary Studies, former board president for Maine Press Association, and is currently an adjunct faculty member at St. Joseph’s College of Maine.