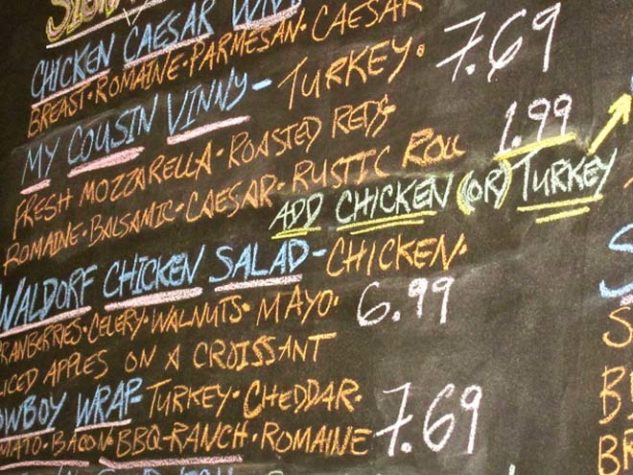 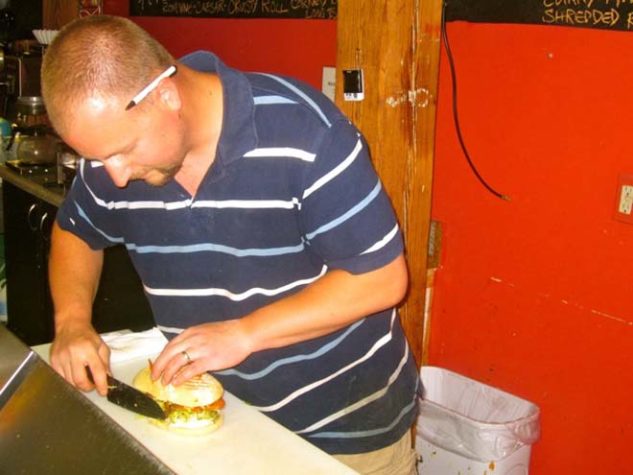 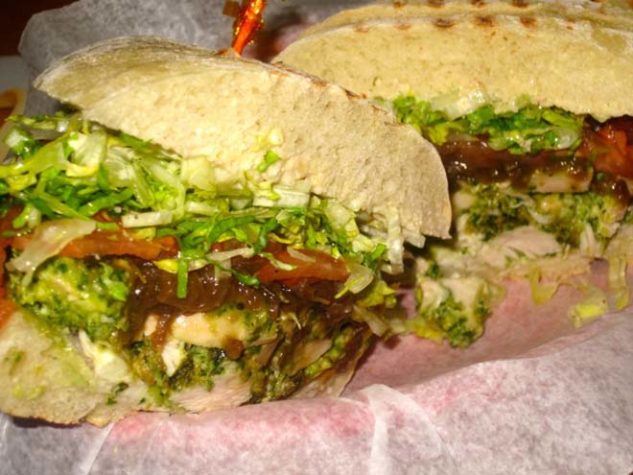 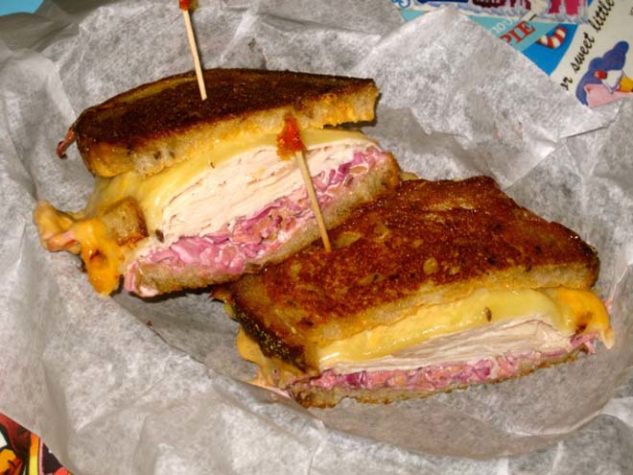 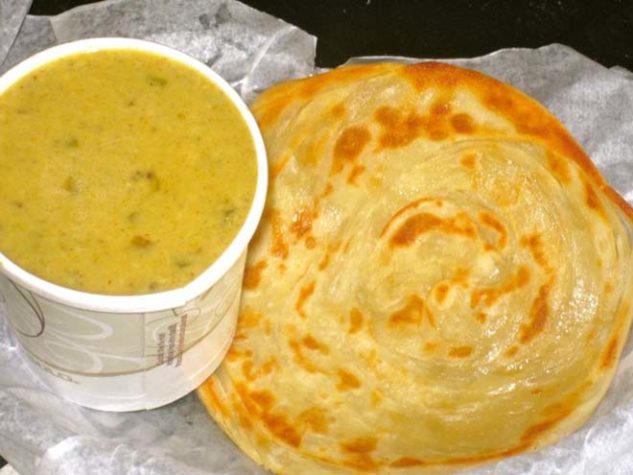 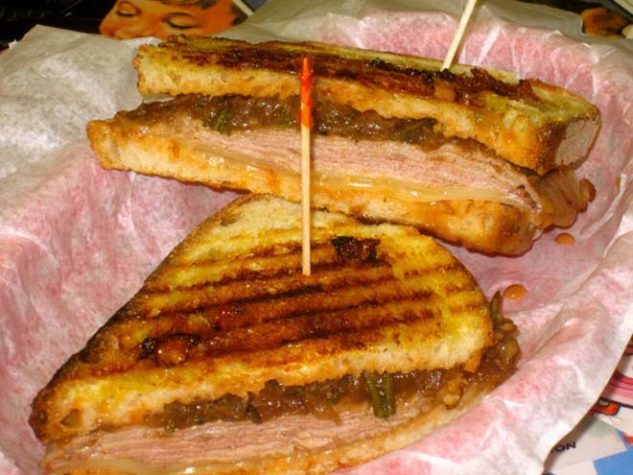 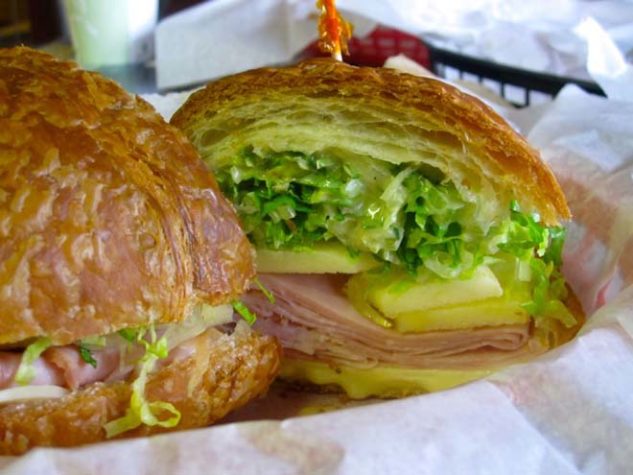 The Saco Island Deli has made a believer out of me, serving some of the best sandwiches Maine has to offer.

It would be difficult to accurately explain the tone of fanaticism that regular patrons of the Saco Island Deli express while describing their “favorite sandwich.” It is not uncommon for some to get a little misty-eyed, as if recalling a former lover or perhaps one of the best days of their childhood.

Personally, I am proud to have been dubbed a “Turkey Roo-ben Man” by Mark Claussen, who has owned the deli for nine years with his wife Michelle Roy. I will wear my undying devotion to this sandwich like a badge of honor, to the point where I will even forgive him for not offering his outrageously delicious soups during summertime.

Though his background is heavy in Italian cookery, it’s evident when you taste Claussen’s food that he is drawing upon influences from many places. Every little detail is attended to, and though he will let customers order almost anything, there are certain combinations that he will “strongly discourage, based on the fact that I simply don’t think it will taste good that way.”

I will never forget the first time I tasted the soup at Saco Island Deli. Once I started in on the bowl, I don’t think I spoke a single word to anyone at my table until every last delectable spoonful was finished. This was on the cusp of the warm weather that arrived freakishly early this year, so upon returning I was devastated to find out that the soups are generally not offered in the hot summer months. I will admit that I am maybe one of the few people who wants piping hot soup on a ninety-degree day, but that’s just my way.

Though I have come to grips with this and am strangely excited for the cooler weather to resume, I choose a cold and rainy weekend in mid-June for a recent visit, in hopes that the dreariness will inspire Claussen to fire up a pot of something wonderful—I am in luck. He is offering Mulligatawny, an Indian soup that translates literally to “pepper water.” It is rich, creamy, and perfectly seasoned, thickened with rice and loaded with chunks of perfectly tender, flavorful chicken. The texture is like silk and the flavors are impeccably balanced with bold curry spices. It is served alongside a disc of warm Paratha, an Indian flatbread that, upon first bite, reveals multiple thin and flaky layers of dough.

After allowing me a moment to breathe, Claussen begins a barrage of sandwiches with the intention of expanding the repertoire of both my dining companion—also a diehard regular—and myself. First is the “Saucy Texan,” the base of which is a liberal stacking of thinly sliced steak that Claussen sears off himself, as well as caramelized onions that he deglazes with red wine and rosemary. It is then topped with cheddar cheese and slathered with their signature “BBQ Ranch” before being shipped off the Panini press to come together. The quality of the steak itself shines through on the very first bite, as it melts away and mingles pleasantly with the sweet onions.

Next up is the “Nutty Roman,” which Claussen describes as “unacceptable on any bread but the Tuscan Sourdough, and especially not on a croissant!” For the pesto on the sandwich, he favors Parmesan rather than Romano cheese, which he feels compliments the slabs of fresh mozzarella nicely. Once again, the chicken breast used here is clearly of superlative quality and quite tender, and combined with more of the red wine braised onions all of the elements find a happy place together. The sourdough is dense, chewy, and effective in absorbing just enough of the condiments without falling apart. I am forced to remind myself that there is still eating to do, and that self-control may be a prudent concerning the manner in which I am voraciously tearing into this sandwich.

As stated previously, I am officially, by Claussen’s decree, a “Turkey Roo-ben guy.” Honestly, I have always been a fan of the traditional Reuben, so what exactly makes this borderline sacrilegious turkey-based version so damn good? For me, it’s all about the “special slaw,” what Claussen refers to as a “Russian-Jewish” style made with red cabbage and Thousand Island dressing. He serves it on rye with a mountain of shaved turkey and Swiss cheese, before browning the whole thing in butter. Yes, it is just as good as it sounds.

The final wave of the sandwich Blitzkrieg is “The Vermonter,” which combines the classic combination of—you guessed it—cheddar and apples. Claussen is adamant in specifically employing Gala apples and Cabot cheddar, along with sliced honey ham, romaine lettuce (the only lettuce they use at the deli, as he feels iceberg is devoid of flavor), and their sweet, luscious maple aioli. Originally he planned on serving the Vermonter on a crusty roll, but claims to have eaten it on a freshly baked croissant “in a dream,” a combination that worked beautifully when tested in reality.

Because I am too full at this point to sample any of the delicious pastries, all baked by Roy, I settle for a tall glass of sweet-yet-refreshing maple lemonade. Claussen and I discuss the catering business that he and Roy also run together, aptly named “At Your Service.” It was founded based on a frantic call they received many years ago from a friend experiencing a crisis. Apparently 100 people were due to arrive at his house the next night, and his caterer had unexpectedly backed out. Claussen and Roy stepped in and got the job done so well that word of mouth began to spread and next thing they knew they had a full-fledged catering business on their hands. Clausen enjoys this because it allows him to be challenged on many levels, as he will happily take on projects that range anywhere from Sri-Lankan to Puerto Rican to Japanese in style of cuisine. And from what I’m told, the results are always superlative.

As if they weren’t already busy enough, the couple will be closing the deli for the first week in July for what they refer to, as “much needed renovations and a facelift for the decor.”  I wouldn’t be surprised to the see their army of regulars lined up at the door the minute that they re-open the following week. I may even join them.