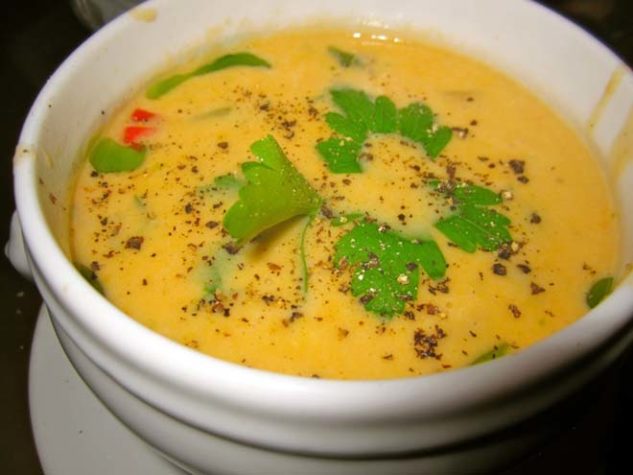 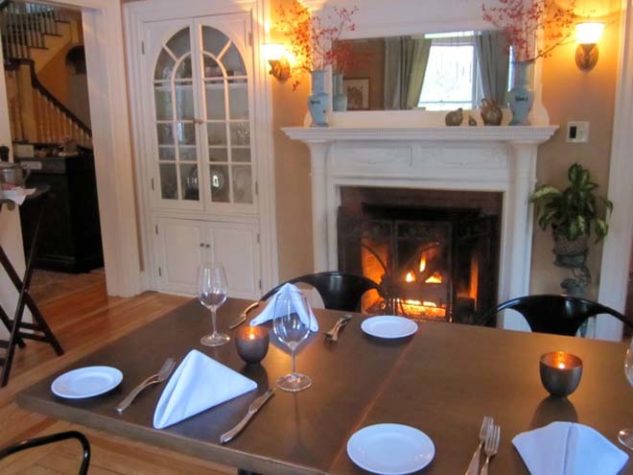 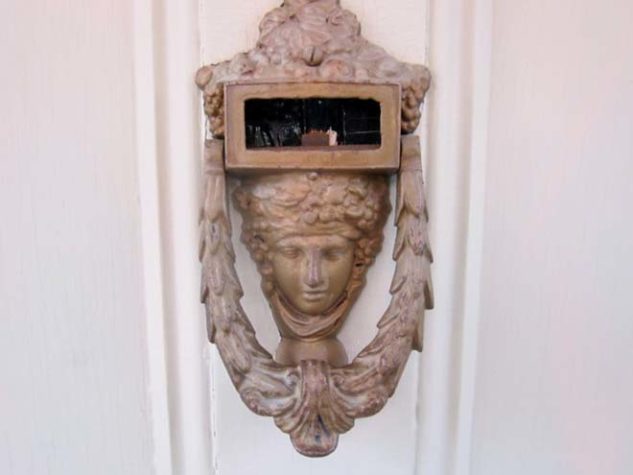 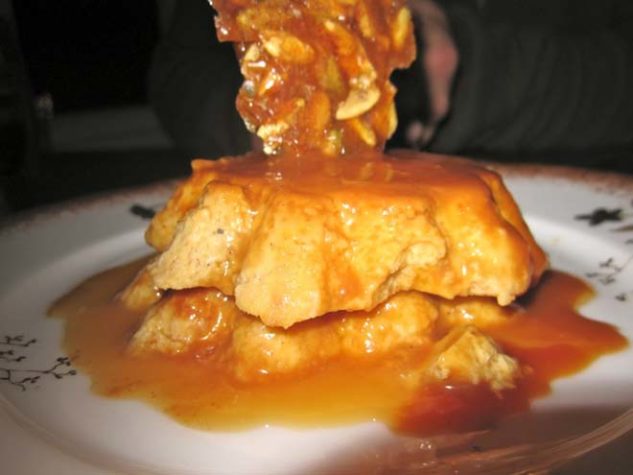 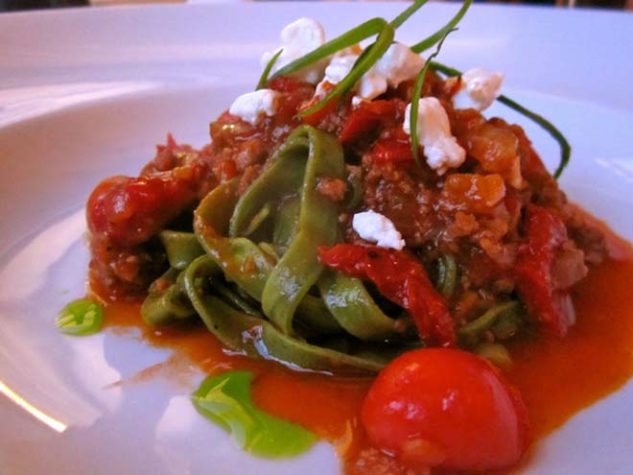 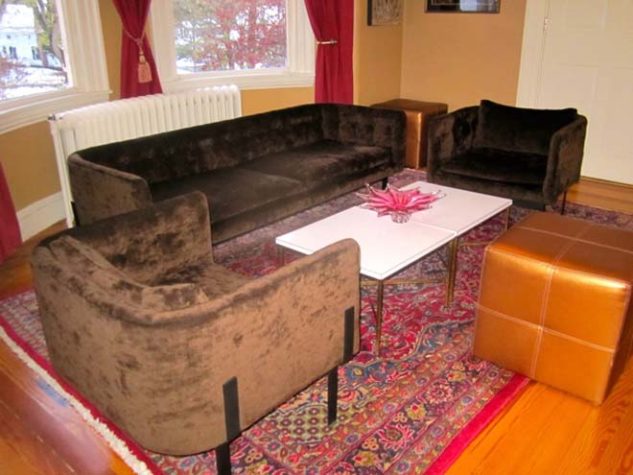 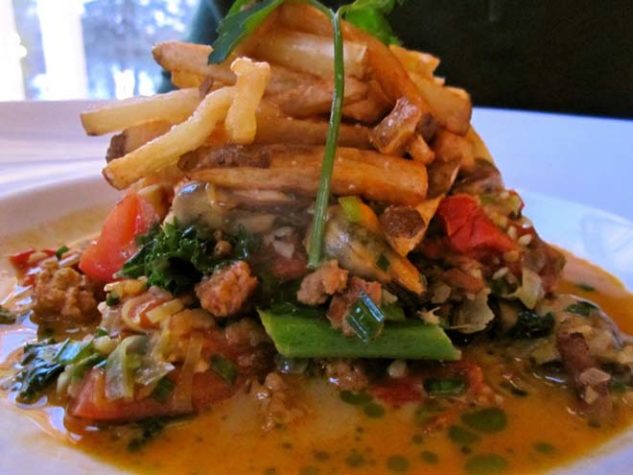 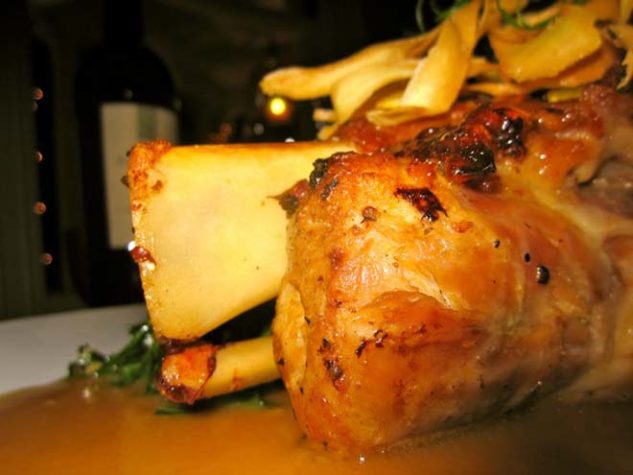 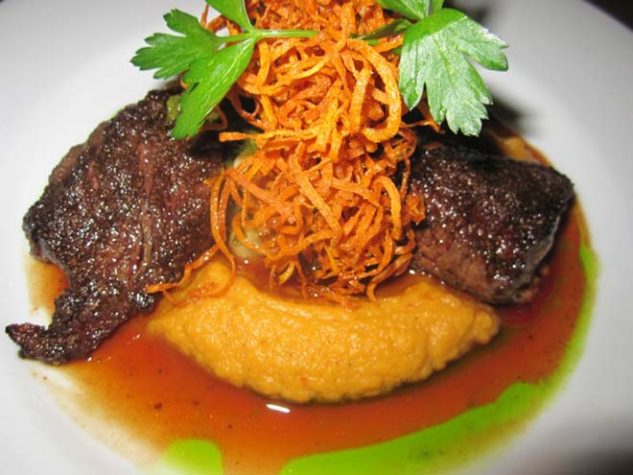 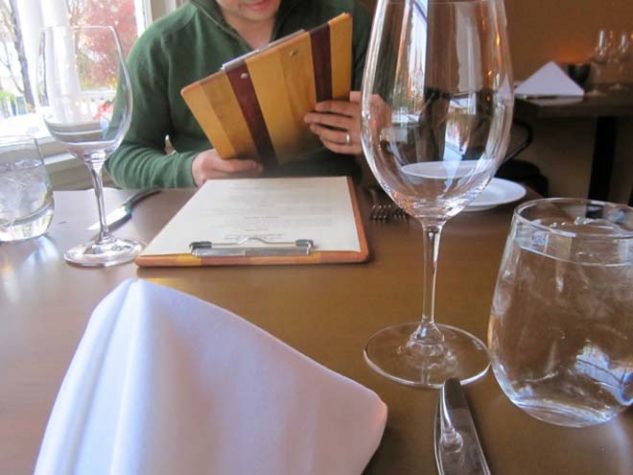 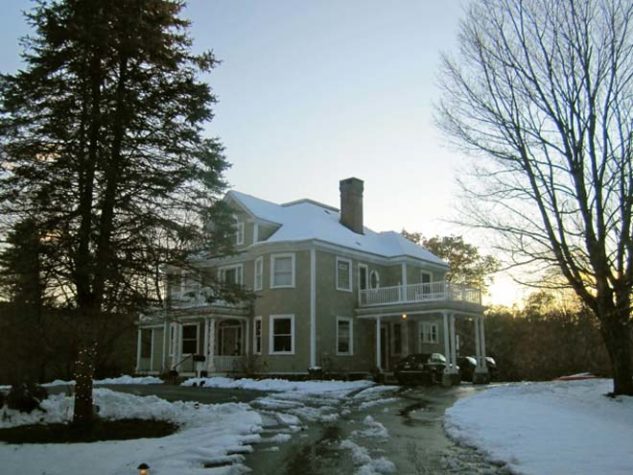 While gazing through the dining room windows, admiring the sun setting over the snowy woods on the day after a freak October snowstorm, I assure my happily married friend Drew that I never intended for our dinner together to be this romantic. The fact that, for the time being, we have the whole restaurant to ourselves doesn’t seem to be helping my argument.Regardless of misinterpreted motives, there is something incredibly comforting about 76 Pleasant Street, located in an old mansion and nestled into the outskirts of Norway. The lounge and two small dining rooms retain a rustic feel, though they are accented with sleek, modern furniture, funky silverware, and Riedel wine stems at each place setting.

Once I’ve established that the sexy black chairs are actually quite sturdy and will not, as predicted at first glance, buckle under my weight, I settle in and rest my arms on the cool, brushed copper tables.

The wine list, presented along with the menus on a wooden clipboard, is a small but thorough collection covering a range of genres. To start, we unleash a bottle of 2008 Hayman & Hill Pinot Noir from the Santa Lucia Highlands. Dominated by flavors of strawberry and rhubarb, as is the stereotype with most California pinot noir, it proves to be a reasonable starting point.

I decide to play the role of Drew’s indecisive date, complaining to our server, who also happens to be the co-owner, that I really want both the lamb Bolognese and the cider braised pork shank as an entree, but simply cannot decide. To my delight, she plays right along, offering me an appetizer-sized portion of the lamb as a starter so I can enjoy both.

A loaf of warm, crusty bread arrives, alongside a dish of very fancy butterballs. As I begin tolaunch into a tangent about how I’m going to start a campaign to “bring back the butterball” at my favorite eateries in Portland, Drew quietly texts back and forth with his wife.

My lamb Bolognese arrives, in its abbreviated portion, served with fresh spinach fettucine, rich lamb ragu, and a tangy, slightly spicy San Marzano tomato sauce. In front of my dining companion rests a large bowl of plump mussels that have been conveniently removed from the shell, mixed in with chorizo and a large mound of frites. These are insanely delicious, accentuated by their hauntingly aromatic saffron and lemongrass fume.

Because we are out in the woods celebrating winter in October, lobster and corn chowder seems like a fitting choice for my second course. It is everything I hoped it would be, rich and boldly seasoned, with the sweetness of the lobster and corn providing a nice contrast, garnished with plenty of cracked black pepper and cilantro. Drew’s crab cake with saffron and tamarind broth is light and airy, though a little overwhelmed with lemon.

A second bottle of wine is in order–the 2008 Route Stock Cellars Cabernet Sauvignon from Napa Valley. I think I may be developing a slight aversion to new oak as I progress further into my drinking habit, as I can’t help but fixate on the vanilla flavors in wines like this, despite the pleasant fruity qualities. Luckily, I become completely distracted when my least favorite song of all time, The Girl From Ipanema, begins to play over the stereo. My hatred of this time-honored classic may surprise some, but after you’ve worked in enough places with this song in permanent rotation, it just can’t be helped…

The best way for me to describe my big, beautiful pork shank would be with one word: intimidating. The meat falls away from the bone at the touch of a fork, right into a pool of ham hock gravy alongside decadent corn pudding and bitter kale. Acknowledging that I’ve got quite a project in front of me, I begin with the crispy bits of skin, moving on to clear up the fattier pieces of meat next. I allow room for one bite of Drew’s perfectly cooked hangar steak with chimichurri sauce and delicately spiced yam puree, before focusing all efforts on the shank.

Other diners begin to file in just as I prepare to shamefully admit defeat to the mighty pork shank. Because there is still a bit of wine to finish, we agree to share a pumpkin flan for dessert, which arrives garnished with a triangle of pumpkin seed brittle. Any kind of nut or seed that has been “candied” or “brittled” is my sweet kryptonite, so I ignore how side-splittingly full I am and indulge.

Because Drew is a gentleman, and I have consumed most of the wine, he graciously transports me home to Portland after all is said and done.

I really can’t say enough about how much I enjoyed 76 Pleasant, and how much you are truly missing out if you don’t make it there very soon.