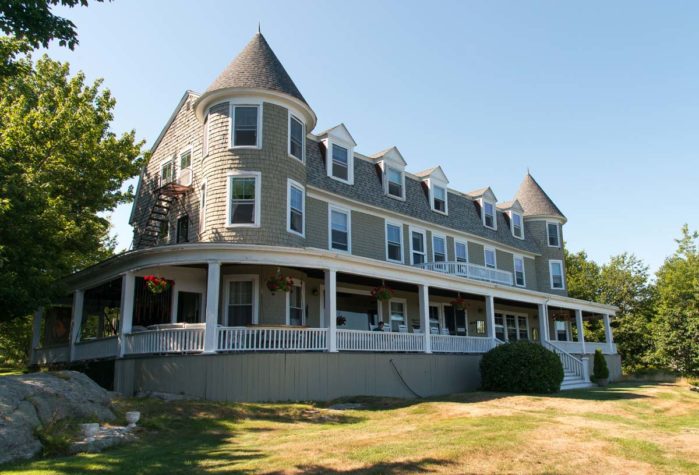 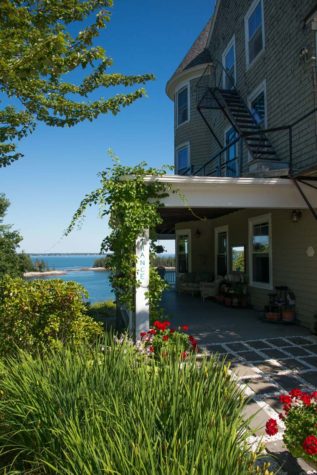 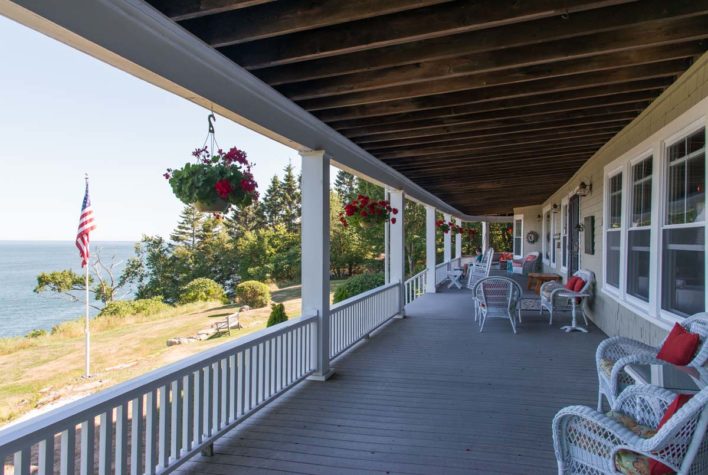 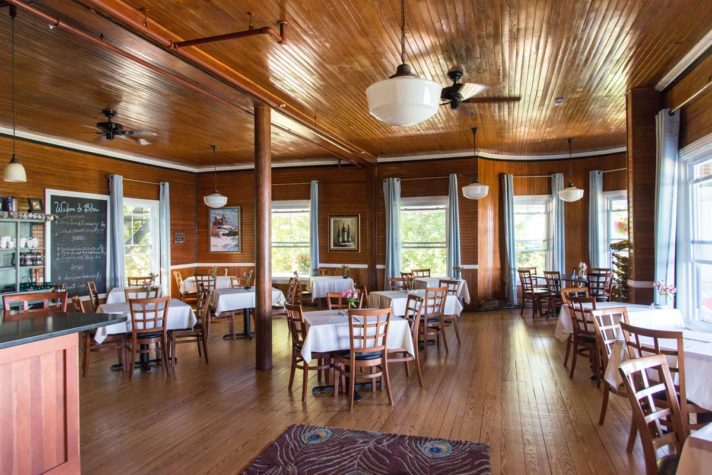 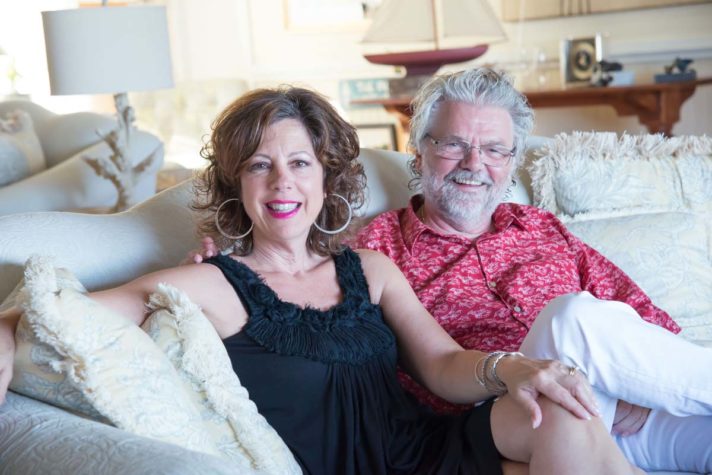 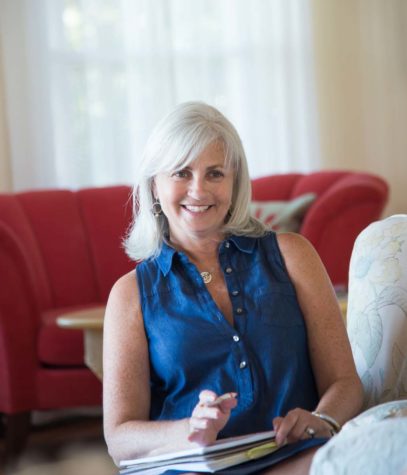 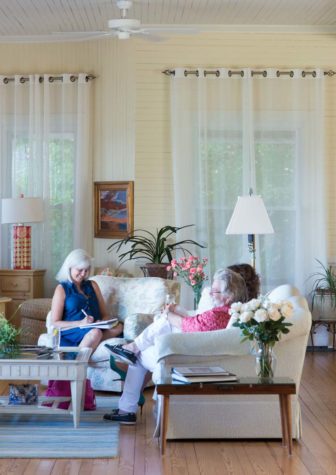 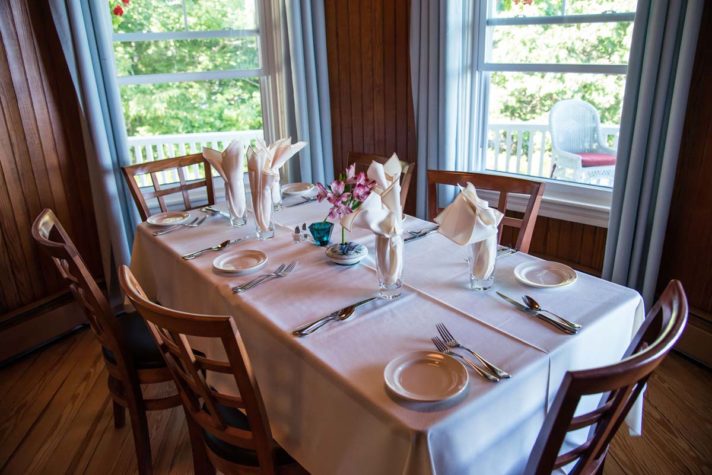 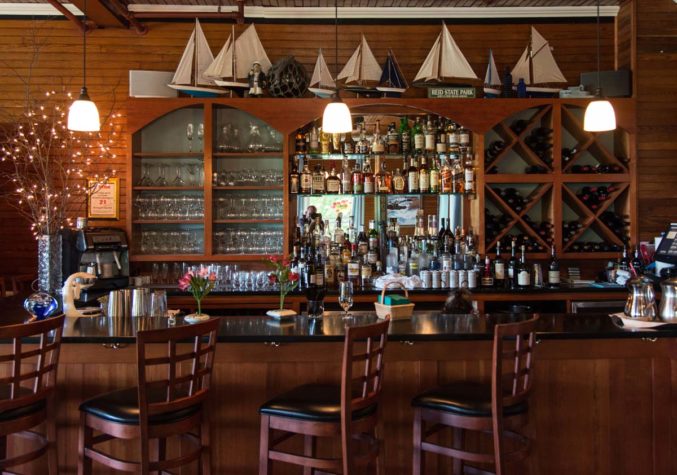 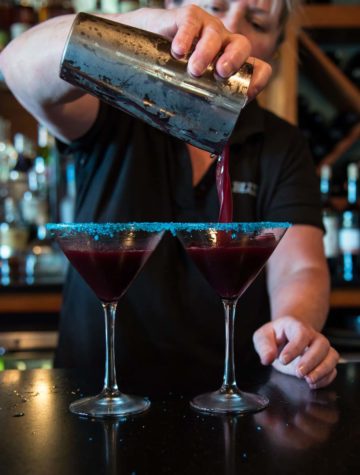 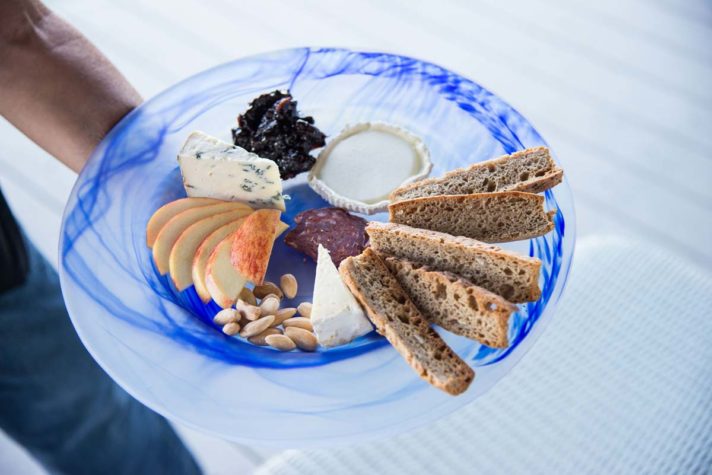 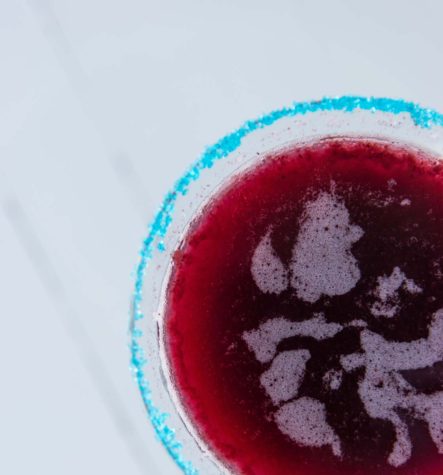 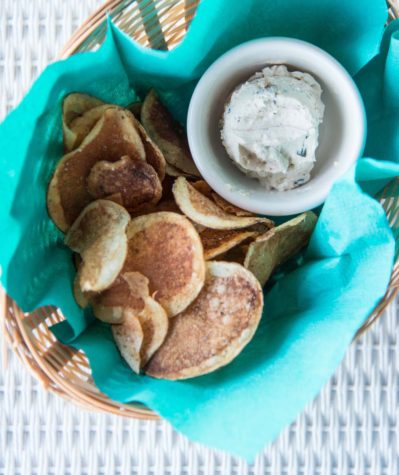 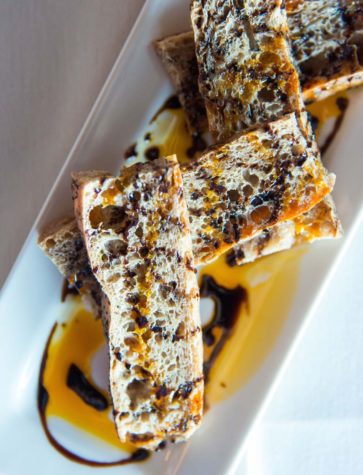 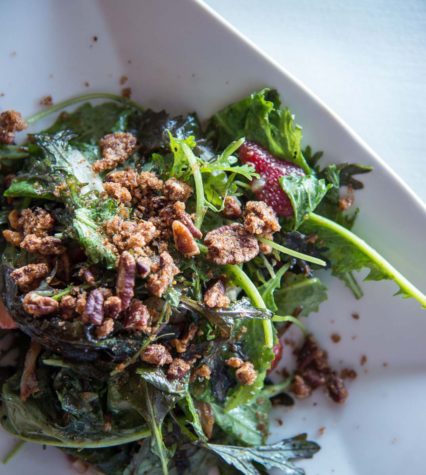 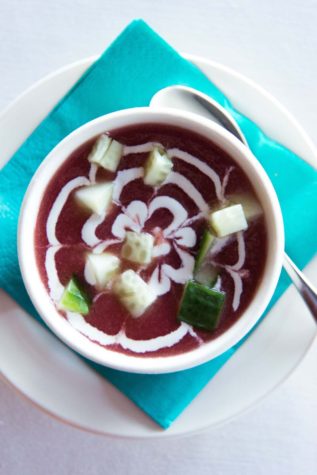 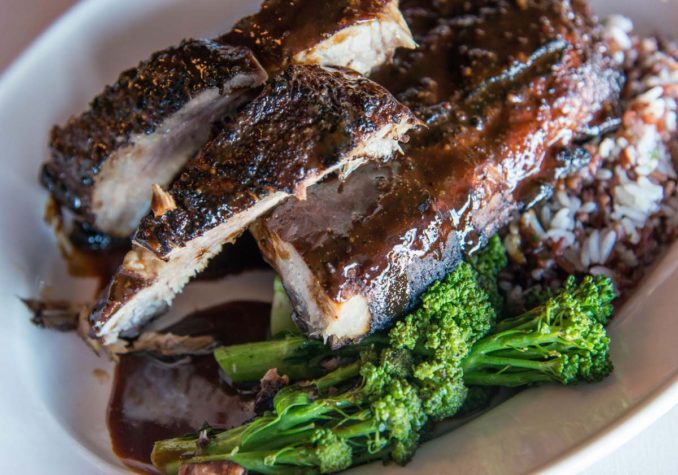 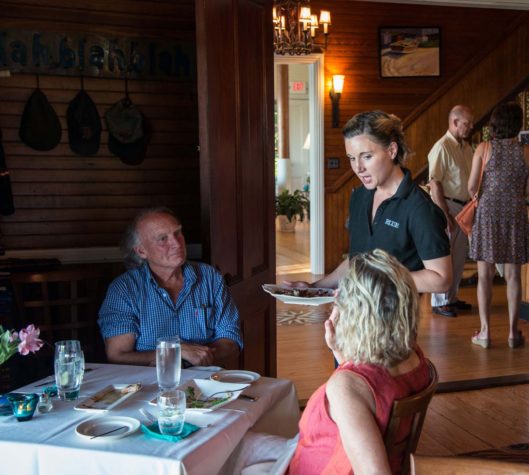 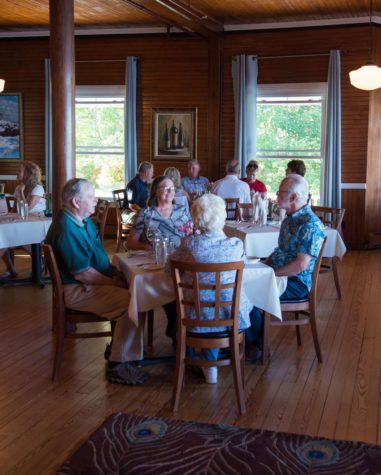 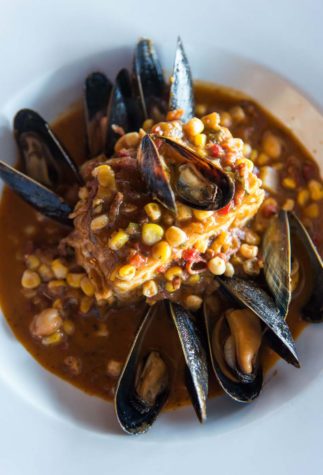 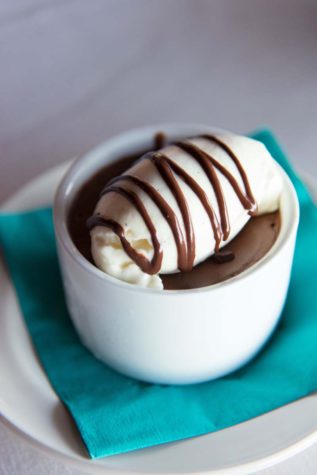 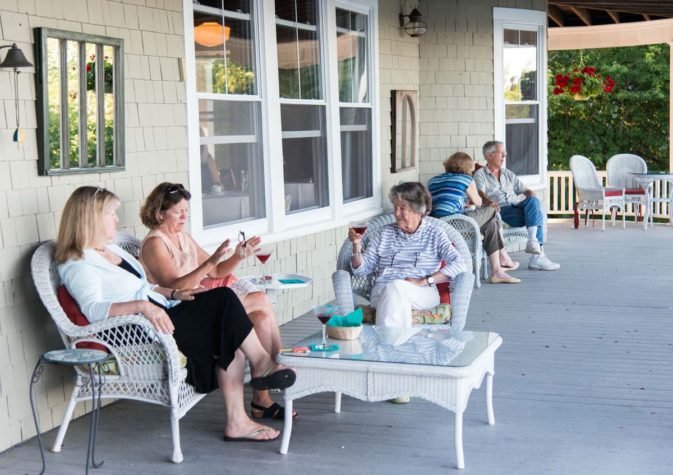 The moment I step onto the Grey Havens Inn’s expansive porch, it seem that the hot, sticky day is left behind. A sweet breeze made the hanging geraniums sway just a bit, and the rocking chairs beckoned. The view from here, overlooking Harmos Harbor, is quintessentially Maine—rolling lawn, a sheltered cove on Sheepscot Bay, and the tiny Wood Island. The only sounds come from an occasional boat and the clanking of the hasp against the metal flagpole. All is serene.

At the entryway, owner Dick Roesler greets me, dressed appropriately in a shirt dotted with lobsters and a signal flag belt on his shorts. His wife, Eve, joins us moments later. The couple had previously owned an inn in Cape Porpoise. When they sold it after ten years, they thought they were finished with the hospitality business. But a few years later, the Roeslers discovered that the Grey Havens was for sale. They realized they missed being innkeepers and jumped back into the business, this time in Georgetown. The inn was originally built in 1904 by Walter Reid, for whom nearby Reid State Park is named. When Eve and Dick purchased the place six years ago, they gave it a complete and much-needed renovation, gutting every bathroom, painting bedrooms, and refurnishing the beautiful living room we’re now sitting in. The innkeepers were wise enough to leave the simplicity and traditional bones of the building untouched, maintaining an old-fashioned feel with modern comforts.

The Roeslers also installed a commercial kitchen, with plans to open a restaurant. Dick drew a picture of a bar on the back of a napkin, and a master carpenter friend built it. “I wanted it to look like it’s always been here,” Dick says. One gets the sense that Blue, the aptly named bar and restaurant, has always been an integral part of the inn. Original southern yellow pine lines the walls, and was discovered on the floor as well when carpet was ripped up. Sheer, floor-length curtains billow in the breeze, provided by ceiling fans and big, open windows. The honed granite bar is a beauty, with a mirrored back and lined with model ships. Behind the bar you’ll find Kate, willing and very able to mix up a cocktail for you. We sample the Blueberry Martini, Blue’s signature cocktail. It’s bursting with fresh blueberry flavor from berry puree and juice, along with Grand Marnier. The rim of the classic martini glass is festively coated in blue sugar, which happens to match Eve’s turquoise pumps. She insists we enjoy our drinks out on the porch, with a basket of their crispy, house-made potato chips. I simply cannot imagine a more appealing idea.

Meanwhile, chef Esau Crosby is hard at work in the kitchen. He’s been at Blue since its opening, creating a sophisticated menu and daily specials, as well as catering several weddings each summer. “We couldn’t do what we do without him,” says Eve. Crosby is dedicated to using fresh ingredients and letting them shine. “I get inspiration from the food itself,” he says. “I have no preconceived ideas; I just try to respect the food.” He’s sure-handed and confident with dishes, offering a wide range of creations that show off his experience. Chilled fruit soup is an excellent starter, brimming with seasonal flavors of strawberry, watermelon, and cucumber. It’s refreshing, with just a touch of sweetness. A generous, flavorful salad features fresh strawberries with spicy mustard greens and is topped with spiced pecans. This evening’s special of halibut with mussels is a gorgeous taste of summer. The perfectly cooked fish is presented over a mélange of fresh corn, roasted tomatoes, tiny cubes of potato, and chickpeas in a slightly spicy broth. The chef has a way with desserts, too. Eve confides, “If he could do anything, he’d probably have a pastry shop.” His chocolate mousse is ethereal, light and rich, topped with vanilla whipped cream.

Even with all Crosby has to handle, he and the Roeslers enjoy presenting the occasional wine dinner, featuring five courses with pairings. Last spring’s Greek wine dinner sold out, and the upcoming J. Lohr Vineyards and Wines event on September 9 promises to be a special evening. “Esau tastes the wine first, then does the menu in his head, knowing what ingredients each wine calls for,” says Eve.

As the Roeslers like to say, Grey Havens is “miles away, but worlds apart.” It’s a classic Maine destination, with food that goes far beyond the ordinary. 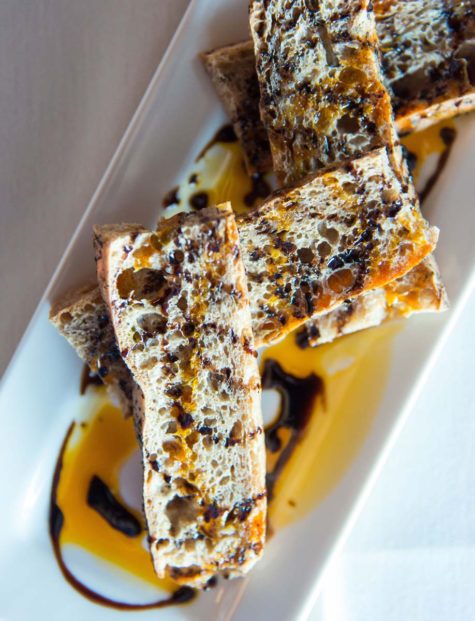 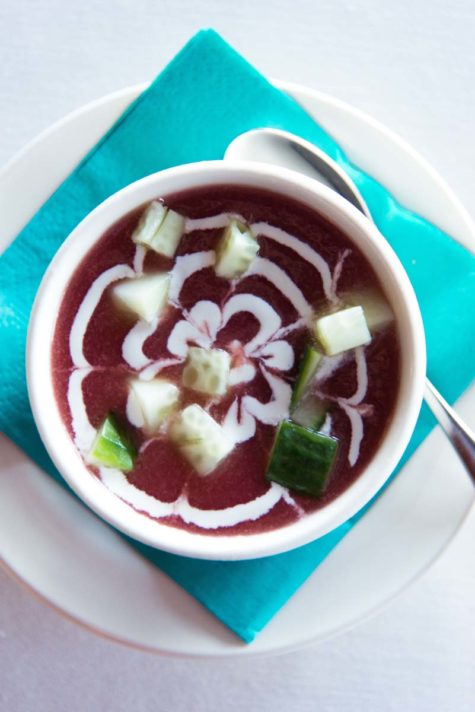