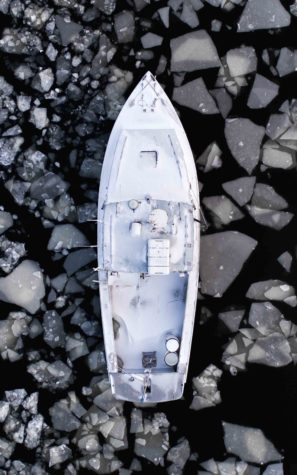 This photo was taken from my drone during a deep freeze back in December 2017. I had just recently moved to New England and was on the way to Nubble Light for some morning sea smoke. In the midst of this, I stumbled on a cold, vacant Perkins Cove. With such low temperatures, ocean ice had formed near the shores, breaking off with the changing tides. The conditions created one of the most beautiful port scenes I had come across, especially from the footbridge. I noticed the potential for this composition shortly after taking off—the simplicity and contrast led to this being one of my favorite shots from that year.

Michael Bentz is  a landscape and coastal photographer who moved to New England from the Midwest in 2017. You can see the rest of his work on Instagram @michaeldbentz.

Capture is presented in partnership with