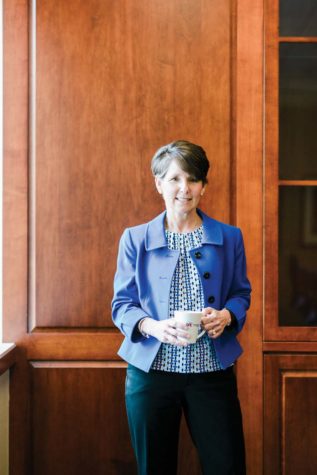 Deanna Sherman began at Dead River Company in 1986 as assistant manager of procurement. Over the next two decades she moved up to district manager, region manager, and then vice president of the energy division. In 2016, she became president and CEO of the 108-year old, family-owned company. “I have remained here that long due to the people I work with, the customers we serve, the positive culture of caring, and the opportunities I have been afforded to grow professionally as the company has grown,” Sherman says. In her time at Dead River, she has led several acquisitions, including the company’s largest, the acquisition of Webber Energy Fuels’s home-heating division five years ago. A graduate of Colby College, Sherman earned her master of business administration degree from the University of Southern Maine while working at Dead River. In her community involvement, Sherman has focused on providing educational opportunities to others in Maine. She’s a director on the boards of Educate Maine and the USM Foundation, and served on the United Way of Greater Portland board (UWGP) for six years. She continues to volunteer with UWGP and helped established Women United, an affiliated group that supports the advancement of single mothers and their children in the Greater Portland area. “In working with these organizations,” she says, “I am staying connected to do my part in advancing educational opportunities for Maine children and adults.”