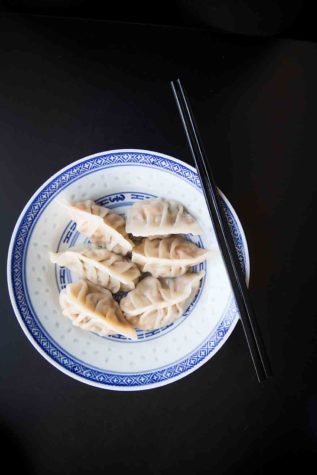 The concept seems simple: little circles of dough wrapped around filling and steamed or fried. But making dumplings is difficult to perfect, so rather than trying your hand at home, head to one of the following restaurants for your dumpling fix.

Award-winning chef Cara Stadler puts Asian comfort food front and center at this popular spot in the West End. Inside, the well-made dumplings (pictured) range from classic fillings such as pork and scallion to kung pao chicken and peanut, shrimp and bacon, and bulgogi beef.

Named for two Portland sea captains, this maritime-themed bar has a vintage vibe and an inventive menu of cocktails and small plates. Trust the bartenders to make that odd-sounding drink delicious and the kitchen to turn out flavorful bites, such as the lemongrass and chicken dumplings.

Empire has raised the bar for Chinese food in Portland, with a menu of traditional and inventive dishes. Shanghai soup dumplings are a specialty, as are the chive shiitake dumplings with garlic, celery, and corn.

You can’t go wrong with anything on chef Ravin “Bas” Nakjaroen’s menu of Asian street food, much of it made with local ingredients. Local pork stars in his traditional steamed pork dumplings and also his spicy night-market noodle soup.

On a cold winter’s night, there may be no better place to warm up than over a bowl of steaming ramen at the more casual of chef Masa Miyake’s two Portland restaurants. The menu also includes noteworthy snacks, such as pan-seared pork and cabbage dumplings, and chicken dumplings steamed in shoyu broth.

James Beard Award–nominated chef Keiko Suzuki Steinberger serves some of the most beautifully presented traditional Japanese dishes in Maine. Her gyoza—pork dumplings—are made with local pork and steamed to order.