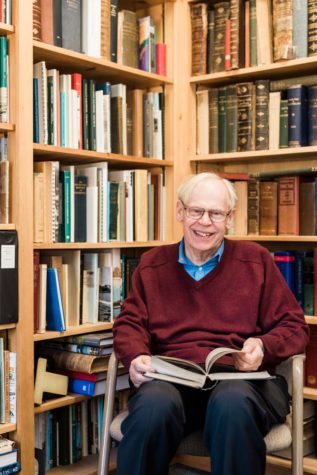 Earle Shettleworth was only 11 years old when he had his first meeting with Percival P. Baxter, who served as Maine’s governor from 1921 to 1925. It was 1960, and Shettleworth was developing an interest in historic preservation. “Governor Baxter inspired my belief in public service as a worthy pursuit that provided opportunities for creating a better Maine,” he says. As a teenager, Shettleworth was interested in the history of art and architecture and how historical preservation requires both a knowledge of old buildings and the ability to develop strategies to protect them. Now the state historian in Augusta, Shettleworth spent most of his career with the Maine Historic Preservation Commission, first as a board member and then as director from 1976 to 2015. While Shettleworth served as director, the commission nominated nearly 1,600 Maine properties to the National Register of Historic Places. In 1985 he helped secure voter approval of a $2 million bond to improve historic buildings in Maine. Shettleworth says Maine’s history, including its architecture and artifacts, defines the state as much as its natural elements do. It’s important for history to be preserved and made accessible so more people can understand where Maine has been, he says. “A knowledge of local, state, and national history is essential in defining the truth of who we are, where we have been, and where we hope to go.”