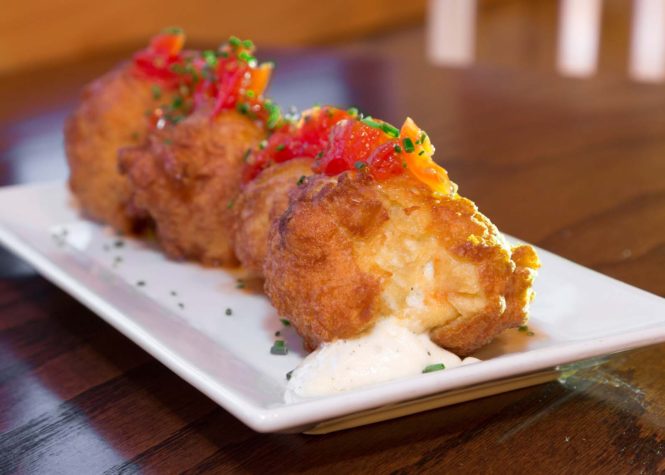 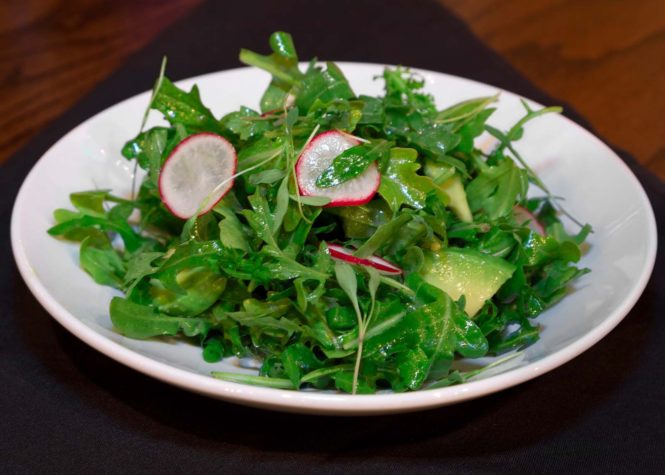 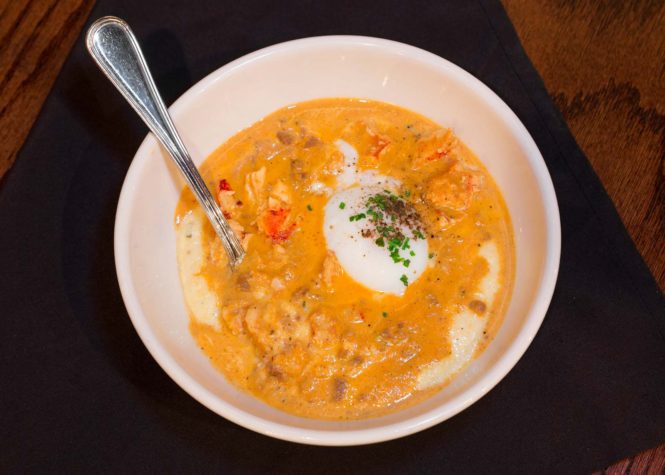 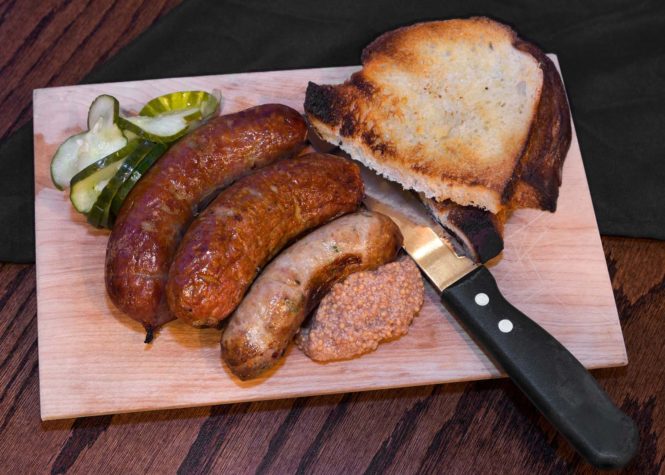 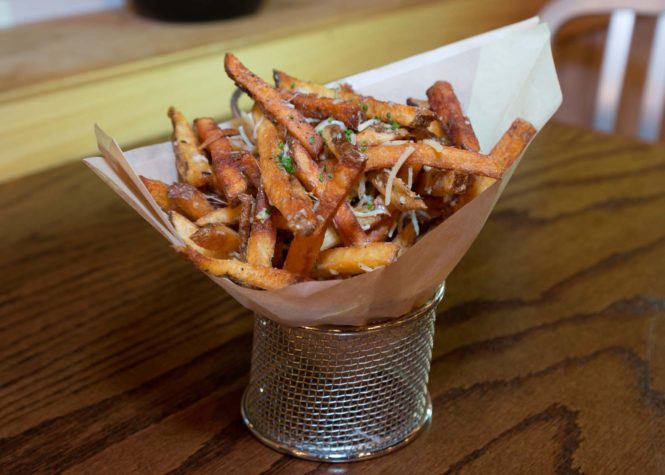 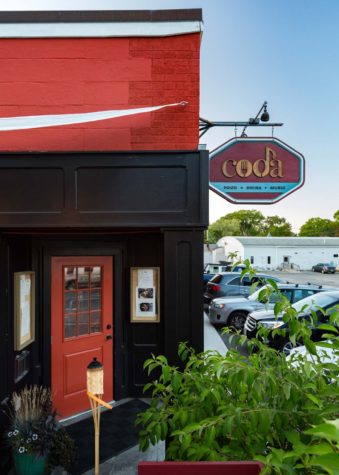 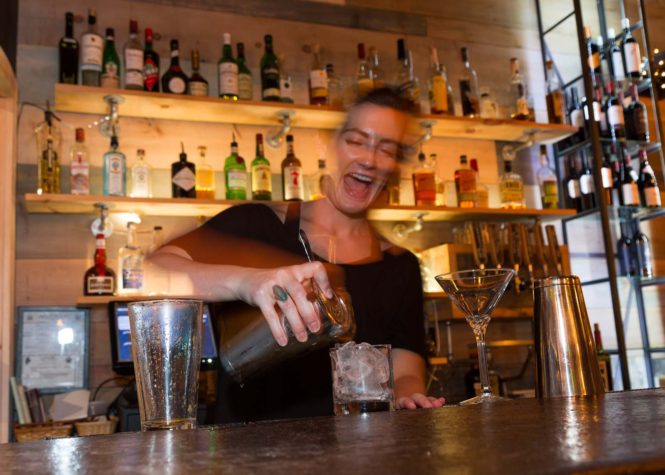 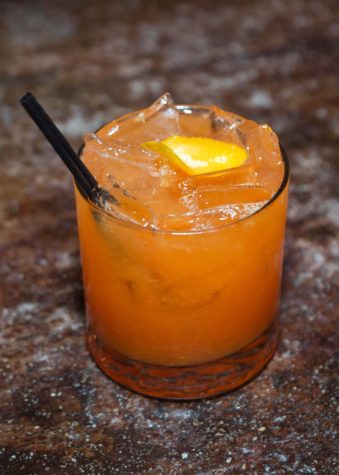 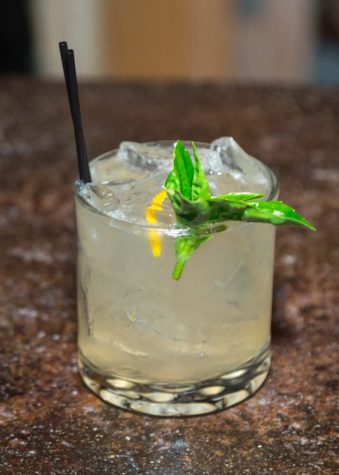 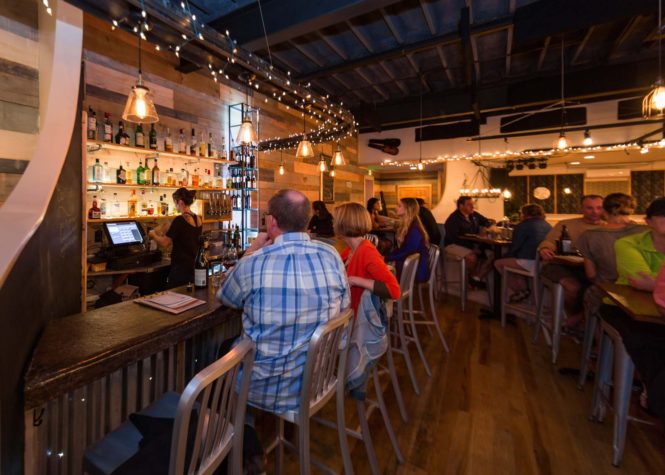 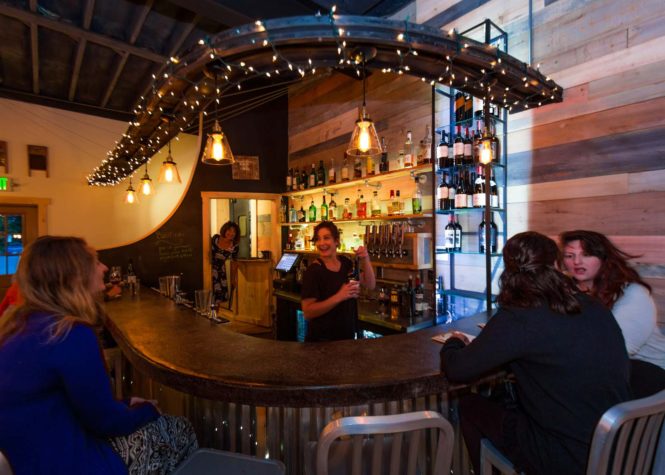 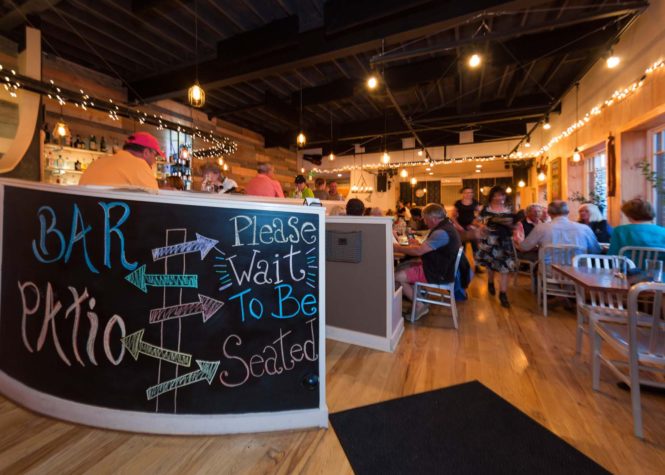 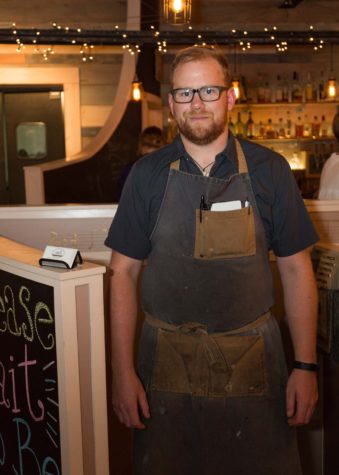 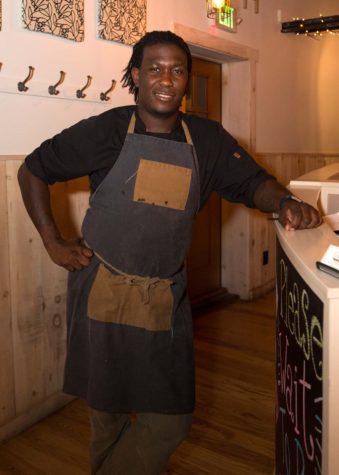 Now in its second year, Coda has settled nicely into itself. Like the live musicians that perform several nights a week at the restaurant, the restaurant and chef Carter Light have found an easy groove. Light arrived in Maine from Park City, Utah, ready to take on the challenge of establishing the place with owner Jim Mitchell. It was a friend of a friend kind of thing that put them together. Mitchell was looking to open a bar in Southwest Harbor, “the quiet side” of Mount Desert Island. He’s invested in the community and sought a new way to bring people together, according to Arax Boghosian, Coda’s marketing manager. “This was his next adventure,” she says. Mitchell found a spot, a former doggie day care, tucked behind Main Street. It needed a complete renovation and someone to take charge. When he and Light connected in a video chat, the chef was under the impression that Mitchell was “just looking for a few tips.” As often happens, the next conversation became, “why don’t you come and visit,” an intriguing invitation from Mitchell. The space Light saw was nothing but an empty shell at the time. Light was thinking about his next career move after spending several years cooking and gaining valuable experience out West. He was looking for a way back East and liked what he discovered in Southwest Harbor, which reminded him of his hometown of South Hero, Vermont. “I was at a point in my career where this could be the next step,” Light tells me, “an opportunity to be a part of something from the start.”

The two became partners, working on the renovation together. “I was so excited about all the things I got to do and decisions I never thought I’d be making,” Light says. “Paint colors, lighting, vendor relations, and all kinds of operations.” They installed all new windows and a kitchen where there used to be an apartment. The place is slightly rustic and casual but with a polished look. An elevated bar invites guests to take a seat overlooking the dining area and stage, and below a curved banquette offers comfortable seating with a good view of the stage from every spot. “The project skyrocketed into what it is today,” Light says. The original idea was for a tiny restaurant and a stage, but as they progressed, that concept developed into a 70-seat restaurant with an outdoor patio. Brandon Sanders came to work on the place and found himself staying on, now working as a sous chef. Light laughs and says, “It took on a life of its own, and before I knew it I needed three line cooks and an expediter.”

When the space was complete, Light could turn his attention to menu development. “The menu comes from everywhere,” he says. “I was trained in French technique. I’ve cooked Italian. I like good food.” Since opening, he’s tweaked the offerings several times. The menu is now full of shareable items, such as hand-cut Parmesan fries and delicate ricotta fritters, Light’s unique take on lasagna. His specialty is the house-made sausages, served three at a time on a board with pickled vegetables and house-made mustard. The kitchen produces three types of sausage daily, and it could be anything from coconut curry to beer and cheddar. “Whatever the guys want to do,” says Light. The sausages have become such a hit that the chef has made packaged them for sale. Another Coda signature item is the lobster and grits, a Maine version of the southern staple, shrimp and grits. Instead, the chef uses polenta with lots of butter, cream, and

Cabot cheddar, buttery chunks of lobster meat, his own Old Bay sausage, and a soft poached egg on top. “This will always be on the menu,” he says. “Customers are livid if we run out.” Excellent sourdough bread is made daily, as well as traditional Boston brown bread, served with molasses baked beans. “It took us awhile to realize what we are,” he says. “Our food is not overly complicated. We put a lot of care into what we’re doing, and hopefully that shines through. It’s a casual environment, but the food is the same quality as fine dining.”

From the very beginning, they knew music would be part of the experience. “Music is really big on MDI,” Light says. Mitchell and Boghosian do most of the booking, presenting a variety of locals and bigger acts from away. During the summer months, there was music on the inviting outdoor patio and a Saturday night jazz series. “We’re still working out what kind of music people want to hear,” Boghosian tells me. “But it’s the music aspect that makes Coda really different.” The restaurant often creates special cocktails to complement the musical guests.

Boghosian sums it up best, telling me, “This restaurant came together for people who had passions and dreams. Carter has the expertise, and it evolved because of him. He took Coda to the next step.” Light continues, “When we passed the one year mark, we all exhaled.” 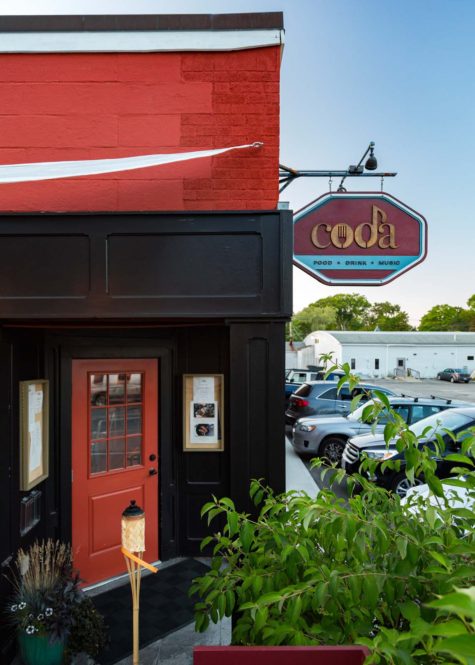 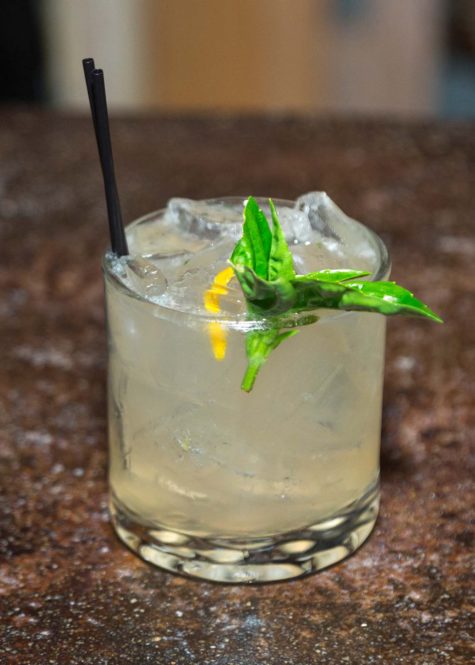