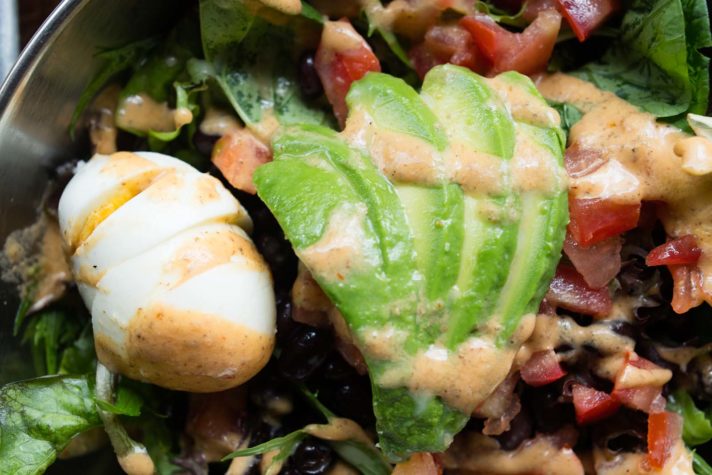 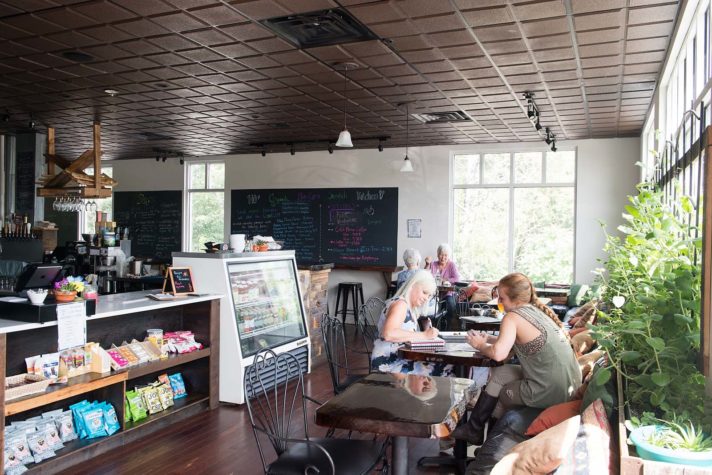 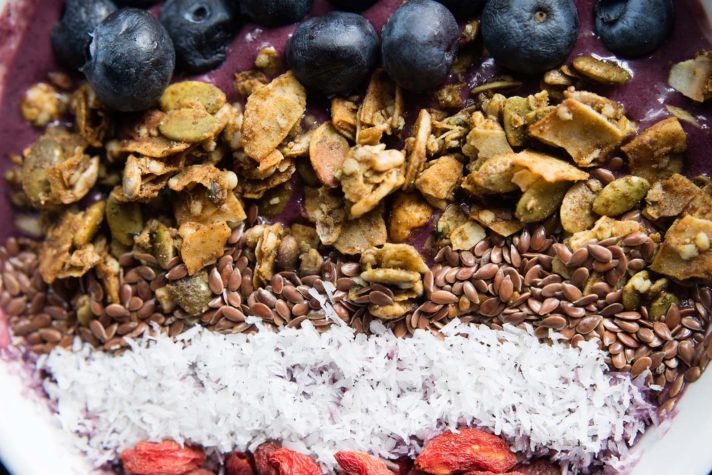 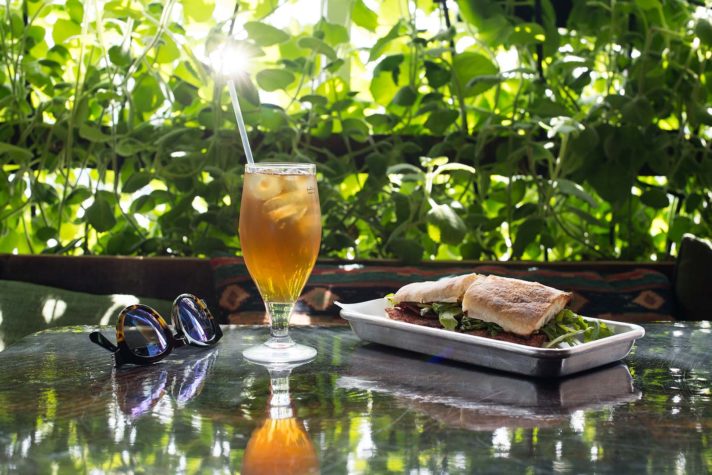 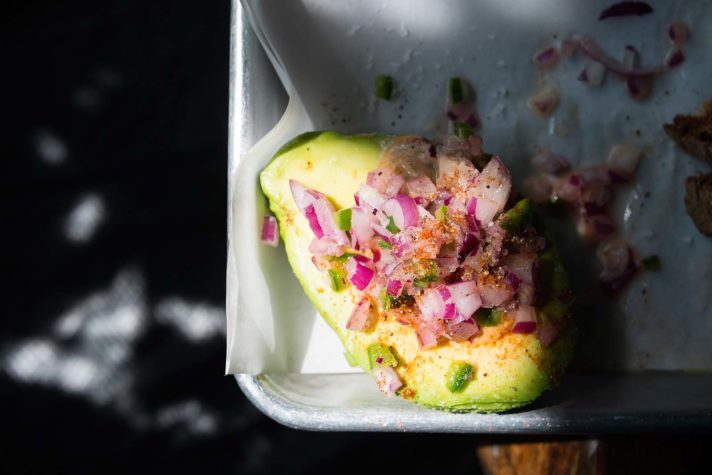 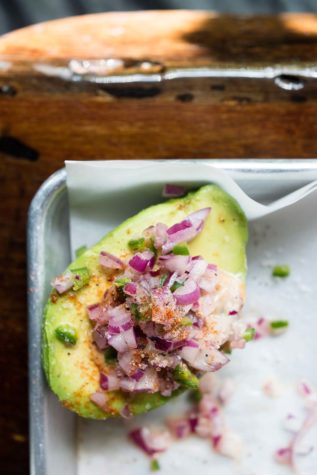 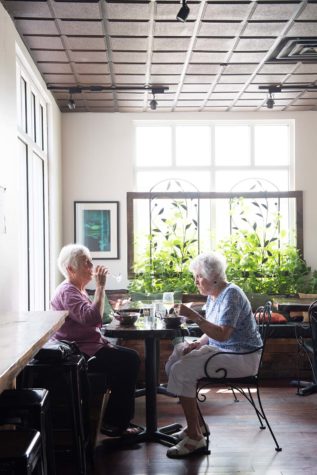 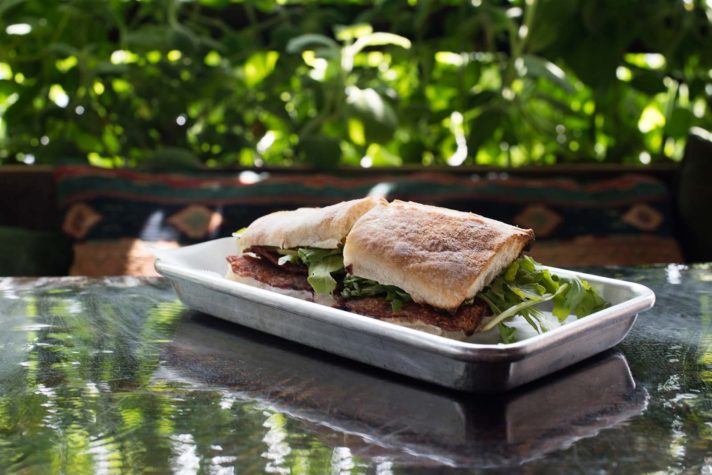 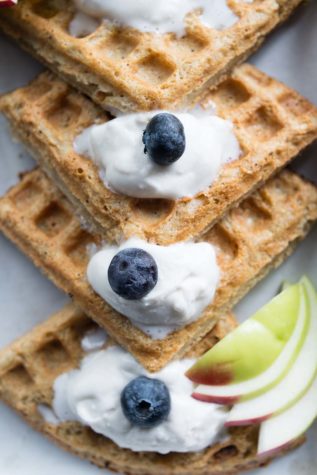 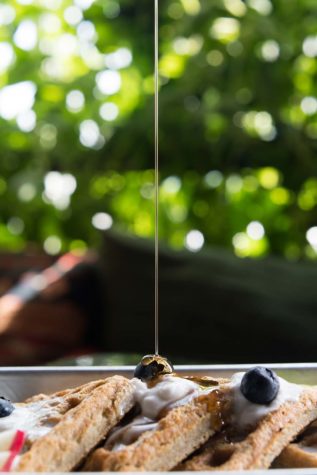 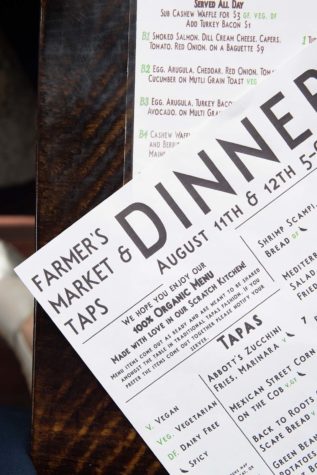 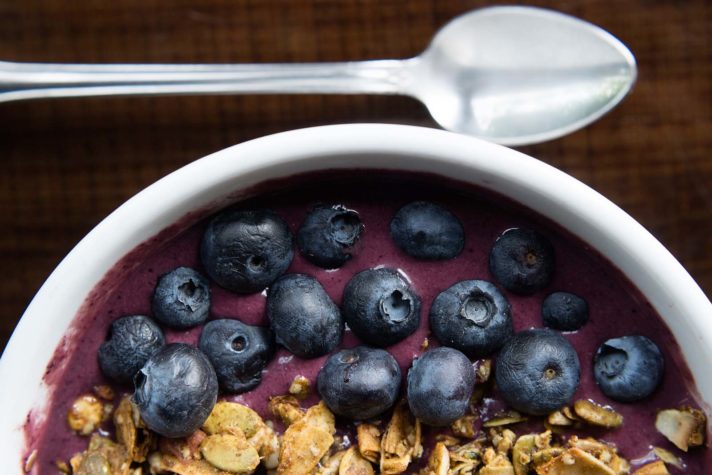 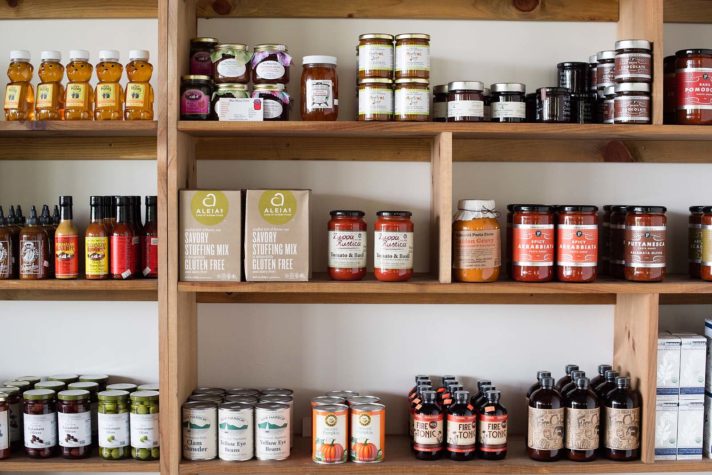 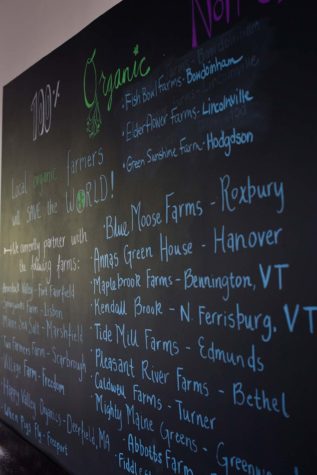 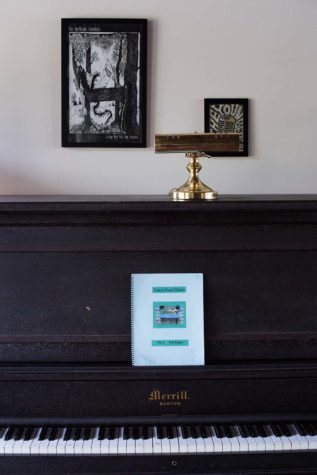 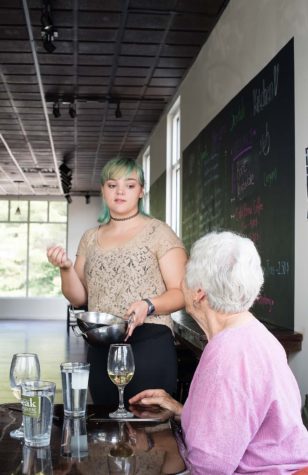 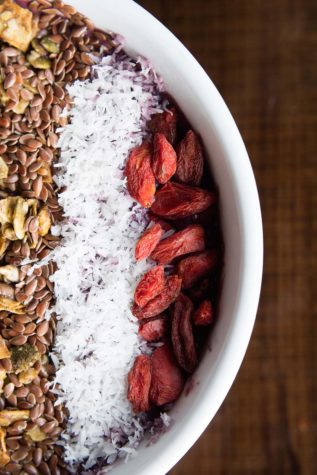 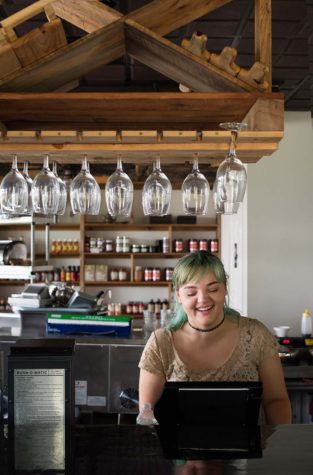 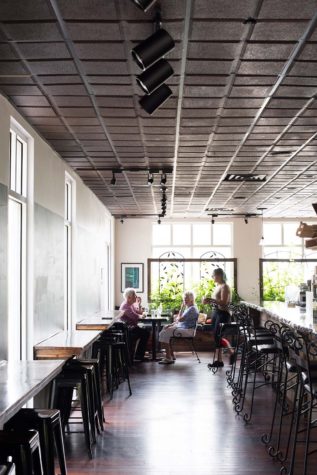 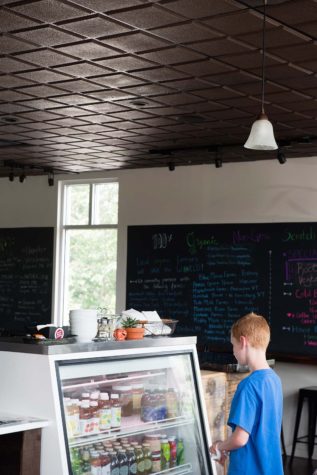 Farmer’s Market and Taps is the kind of place you’re unlikely to stumble upon if you didn’t know about it. Jessica and Brian Nichols of Brian’s in downtown Bethel suggested it to us, and it’s tucked into a small strip mall, next to a furniture store. You might miss the sign out front in your rush to get to Sunday River. But keep an eye out; Farmer’s Market and Taps is worth seeking out.

Co-owner Felicia Dumont grew up in Bethel, and at age 15 she ran a clothing store in this very same spot, which her family owns. In the ten years since, Dumont became a certified yoga instructor; a kitchen manager and chef at a paleo restaurant in Boulder, Colorado; and earned a degree in website design. Her entrepreneurial spirit brought her and her boyfriend, co-owner Quinton Stevens-Palmer, back to Maine with big plans. “Together, we have this beautiful vision,” she tells me. The couple purchased nine acres in town, where they live and hope to eventually establish a wellness retreat for mind, body and spirit, incorporating their training and passions. “The restaurant is just one piece of the puzzle for us to bring something unique to Bethel,” she says.

They tore out the real estate office that was in the space and created a slightly rustic but comfortable and welcoming spot. Leafy Mexican oregano grows tall on trellises in the window,
perfuming the air nearby. It’s also used as an ingredient in chimichurri and salsa verde. Live-edge tables and wooden bench seating with cushions sewn by a relative lend a homey look. The long bar was fashioned from wood pallets and is lined with stools Dumont acquired from her aunt’s restaurant in Saco. Big chalkboards list an ever-changing roster of local purveyors and farms that provide ingredients to the kitchen. Their initial plan was for more of a market, offering Maine food products and beer, but it’s grown into something much more. “It’s transformed into something we didn’t expect,” Dumont says. Farmer’s Market and Taps has become a community gathering place, with 100-percent organic food, a long list of Maine (and other) brews, and live music several nights each week. She makes cashew, hemp, and coconut milks for the restaurant, without preservatives and lightly sweetened with dates. No cane sugar is used, nor is there any dairy on sauces. There are many vegetarian, vegan, and gluten-free options, but the menu doesn’t adhere to any strict philosophy. “I just like things that taste good and make you feel great,” says Dumont.

“My favorite part of the job is going to farms and markets, talking with the growers, and creating weekly menus from what I find,” she says. In response to customer feedback, Dumont is streamlining the breakfast menu and will be serving a tapas-style menu all day. “All tapas are meant for sharing. It’s a segue to what we’re trying to do with the retreat, facilitating the betterment of the community any way we can.” Small plates include zucchini fries, cherry tomato bruschetta, and Cajun shrimp with grilled polenta cakes. There are a few larger plates, too, like roasted chicken and a Pleasant River Farms beef burger. Every dish sounds appealing, and each has a suggested beer pairing. “We’re really embracing the beer aspect of the business now,” Dumont says. “People love the pairings.” She travels to Portland a couple of times a month to pick up beer from some of the microbreweries that don’t deliver to the area, like Lone Pine Brewing Company and Oxbow Brewing Company. There are also nine rotating taps, including one for Urban Farm Fermentory kombucha, and a long list of bottled brews. A smaller selection of organic wine is available, and a wine flight allows you to try several of them.

Dumont has tapped into Bethel’s growing music scene with a schedule of live music several nights a week and an open mike night on Fridays. “It’s been a great year,” she says. “The community has been really supportive. We try to make people feel comfortable and hope they’ll come back. We have the best customer base. An organic restaurant brings in remarkable people.”

Note: As of the week of September 11, the restaurant will be changing its name to Harvest Bar Eatery and Alehouse. 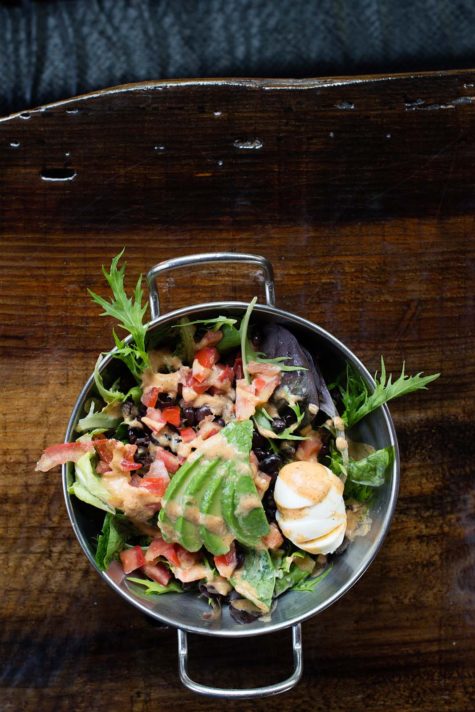 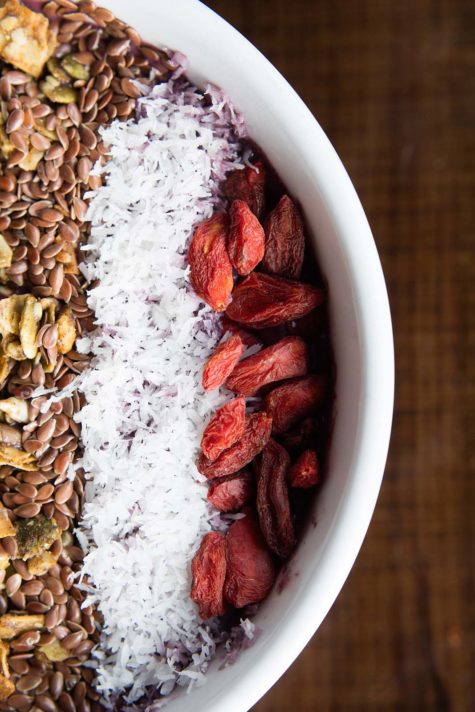