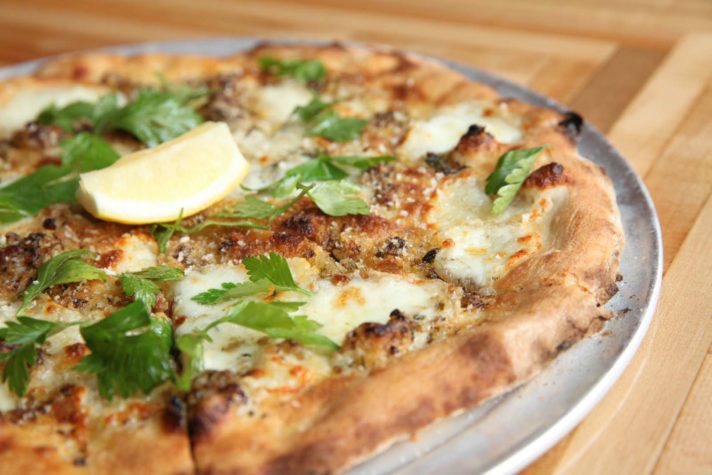 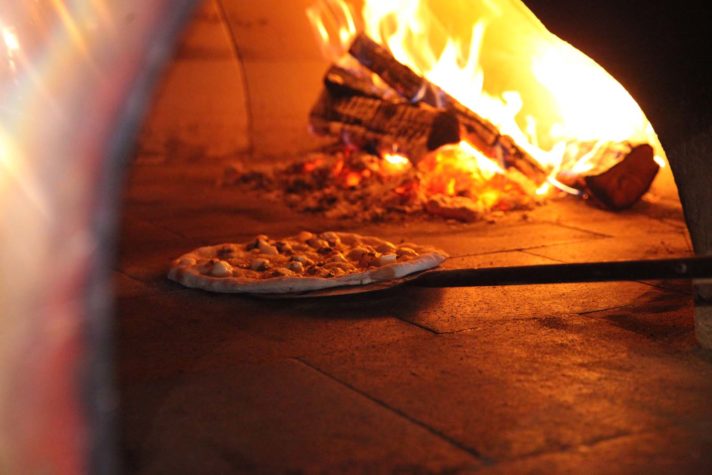 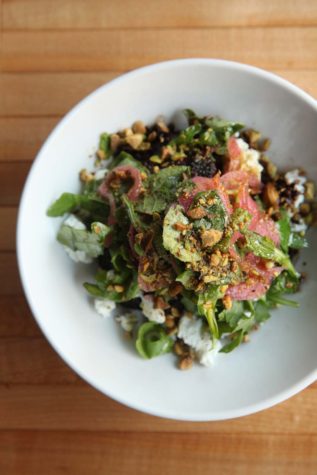 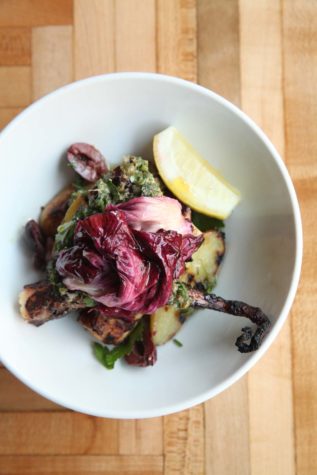 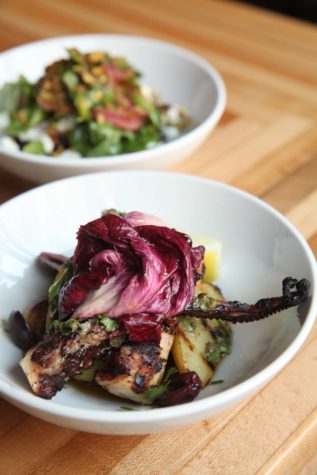 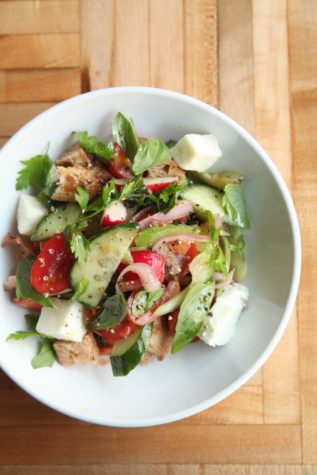 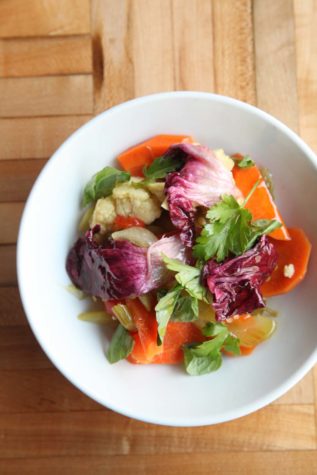 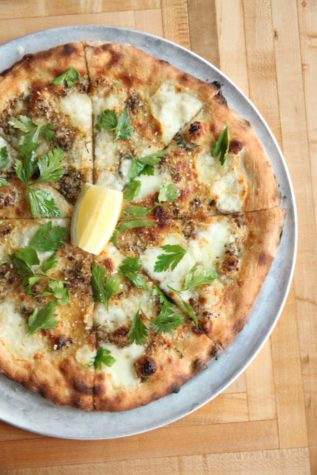 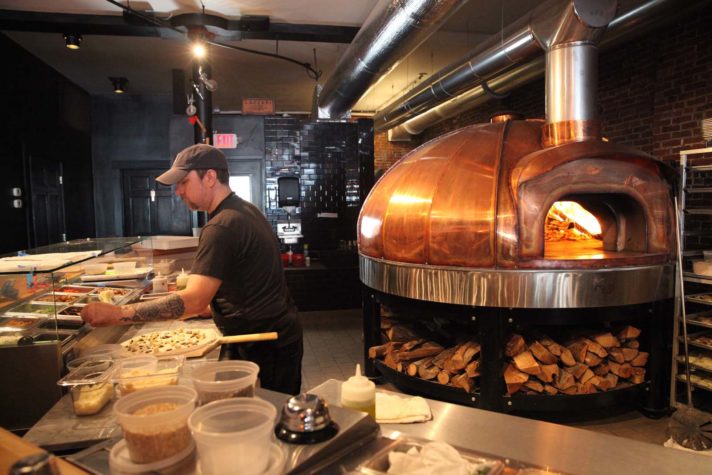 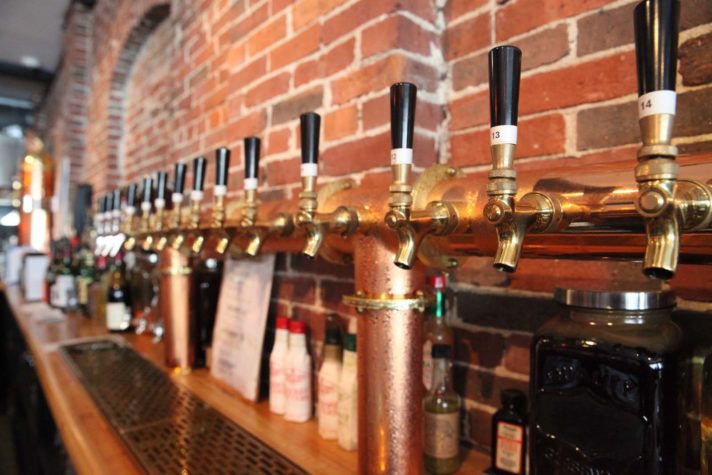 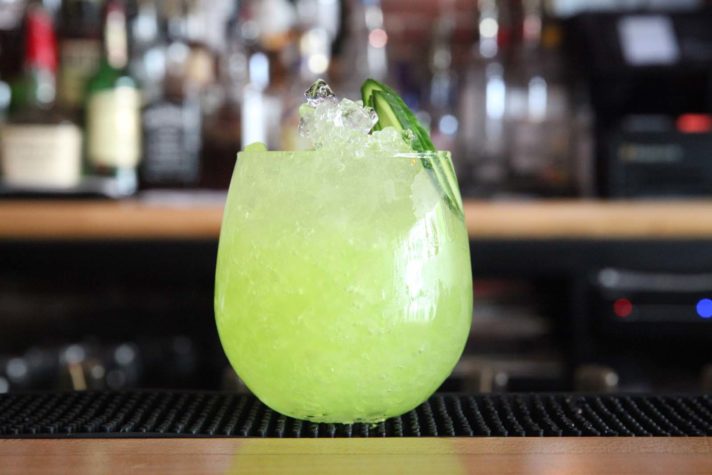 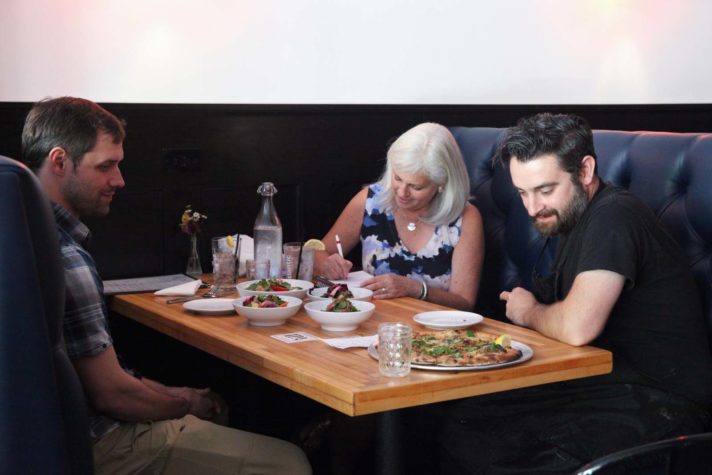 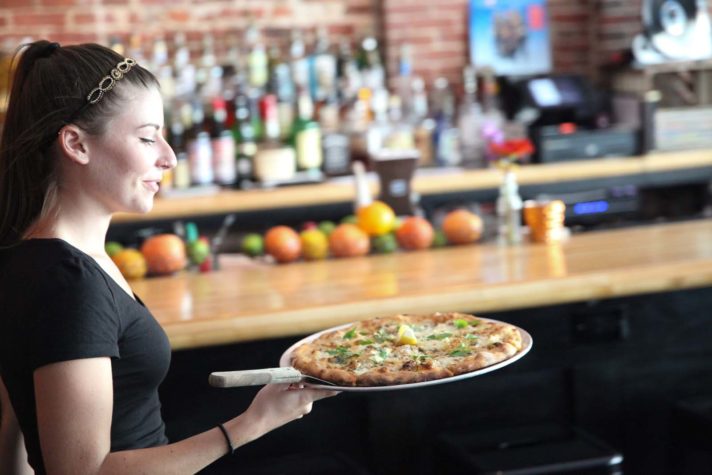 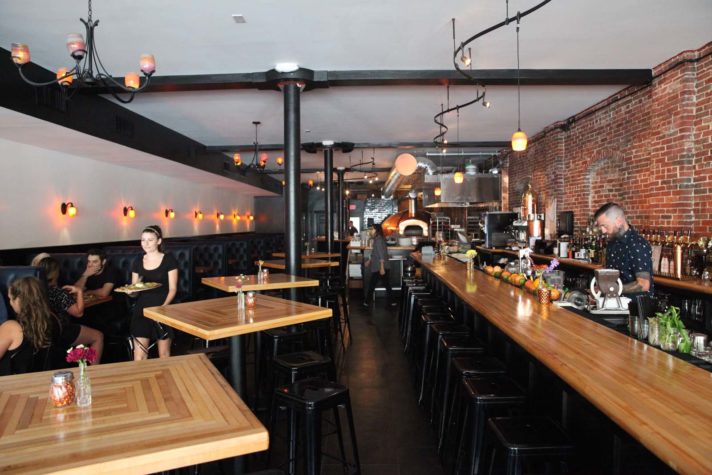 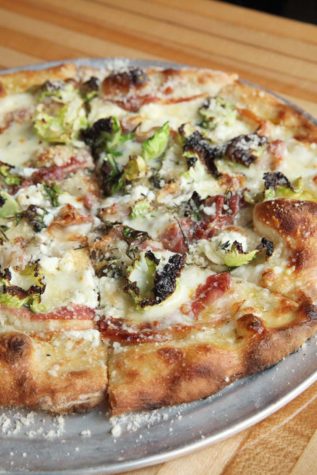 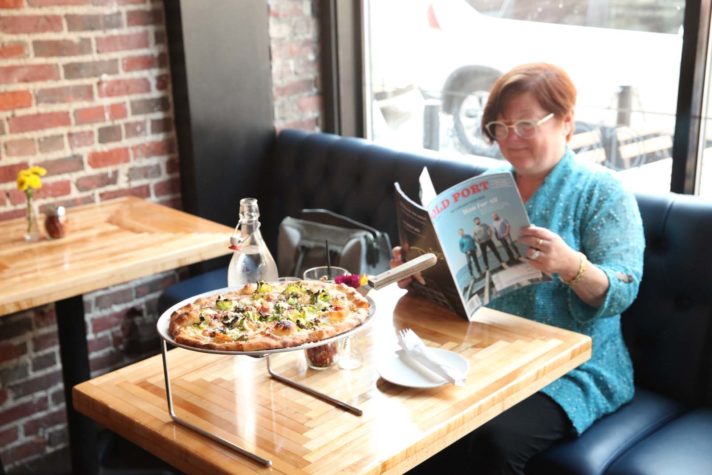 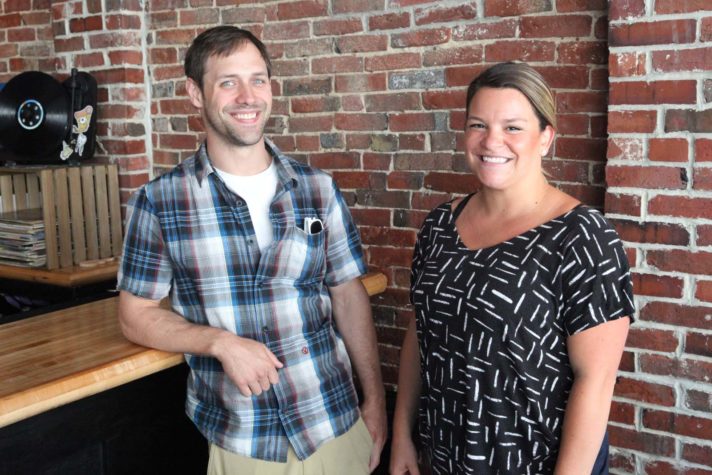 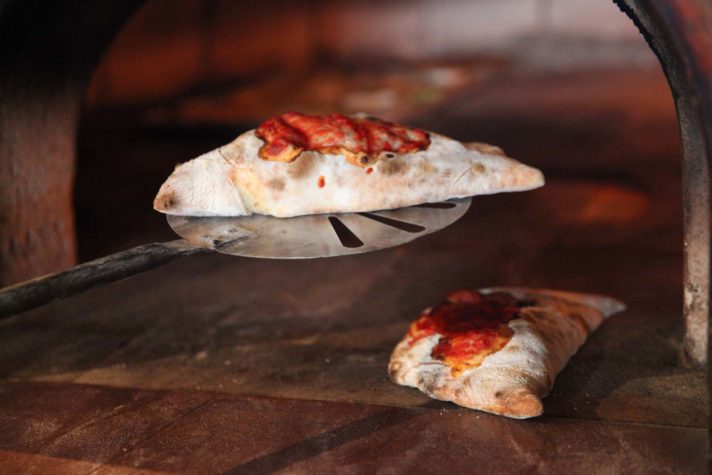 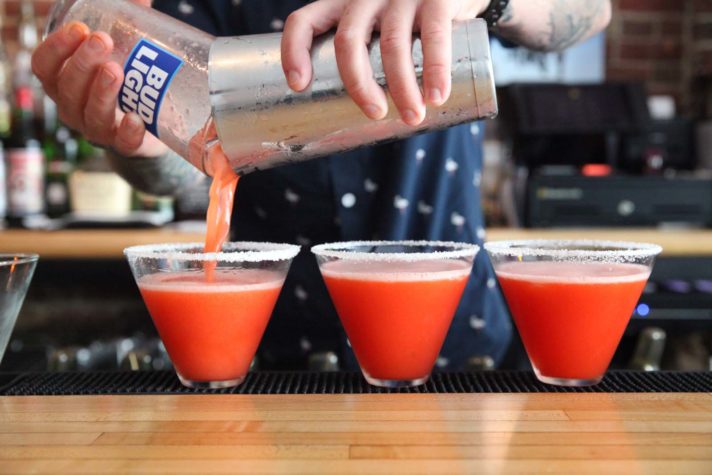 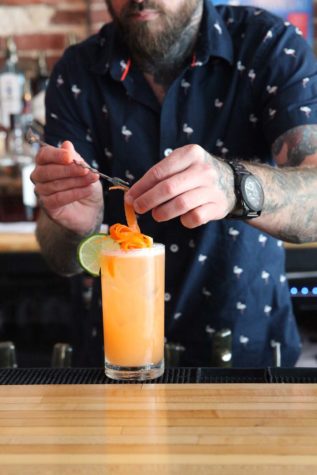 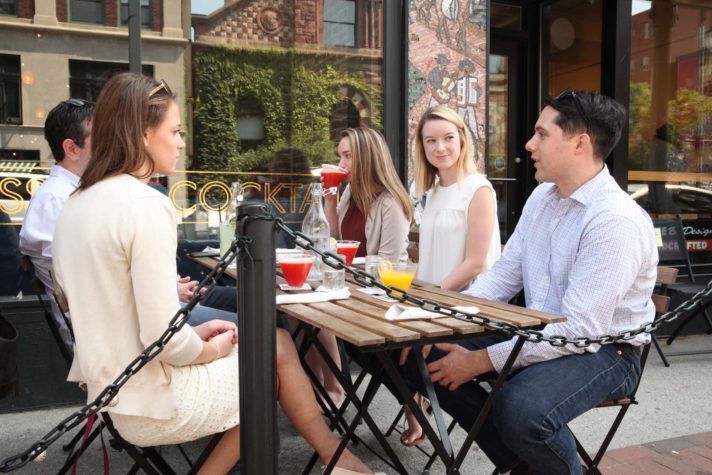 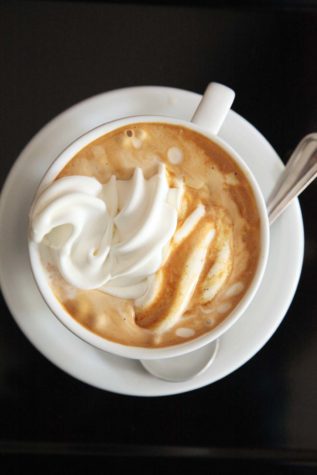 When I visited Lazzari last week, I got an excellent pizza, a delicious cocktail, and a history lesson. After hearing raves about the new place on Congress Street in Portland, I was expecting the first two, but I was surprised to learn the background about the moniker. The Lazzaroni (Lazzari is singular) were the poorest of the poor in late-eighteenth century Naples, Italy. “They were beggars, gypsies, and porters,” chef Rich Maggi tells me. “They ate a simple diet. The name reminds me what our food has to be. It’s uncomplicated; it’s about honestly feeding the people who live and work.” While the menu is not much more than pizza, small plates, and salads, each dish is done with great care, using some surprising ingredients. The grilled beets have something that made me keep going back for more, different than the ubiquitous beet salads. “It’s the mustard seeds,” says Maggi. The contrast of the warm beets, cool herbs, and pickled red onion, along with a tangy dressing, make this dish a superb starter. The grilled octopus served with fingerling potatoes and salsa verde is a hit as well.

Maggi, a baker by trade, came to Maine from Brooklyn after losing everything in Hurricane Sandy. He helped open Blue Rooster Food Co., and then had the good fortune to meet Tom Barr. The timing was fortuitous for them both, and the idea of Lazzari was born. Together, long with bar manager Bill Kepsert and another employee, they built out the restaurant with their own hands in the space that formerly housed Mesa Verde. “Rich had never even held a power tool,” says Barr. “It was a shared effort, and by the end of the project, we were all seasoned construction workers.” The renovation took longer than expected, but it’s been worth the wait. An exposed brick wall behind the bar was a happy surprise, and now contributes a warm, rustic element. Tables are made from old bowling alley lanes pulled from the basement. Barr’s brother Justin Barr, a glass artist, created the red-orange fixtures that give off a warm glow at night. “The design of the space presented itself as we went along. This is a place built by people who have spent their lives working in restaurants,” Barr says. “Everything reflects that.”

At the rear of the restaurant is an enormous, round copper oven, where Maggi bakes pizza. Barr tells me about the hundreds of hours of research he put into finding the right oven. “We set out to make a world-class pizza,” he says, “and we needed the best bread baking oven in the world.” He found it in Skowhegan at Maine Wood Heat Co., exclusive importers of Le Panyol ovens from France. “They built it on site, like Legos,” says Maggi. “It’s the heart of our restaurant.” Maggi developed a dough that he lets age eight to ten days. “Originally pizza was made from dough that was too old to rise,” he explains. “It would be smeared with something, like a tomato, and sold to the Lazzaroni.” The long aging process produces a lighter, more flavorful pizza dough that’s crispier and more durable, as well as easier to digest. “It’s already partially broken down,” says Maggi, “so it doesn’t feel heavy. You don’t feel overly full from eating this pizza.” The Lazzari pizza boasts an outer crust that’s lightly charred and chewy, but the middle is thin and crisp. Toppings are more classical than cutting edge, with the traditional margherita as the bestseller. If you’ve never had white clam pizza, I highly recommend Lazzari’s excellent rendition. Sausage and grilled onions is a favorite, as is the pepperoni with the brilliant addition of hot cherry peppers.

There’s an impressive cocktail menu, with light and fizzy spritzes for whetting the appetite. Kepsert took a page from Taco Escobarr (also owned by Tom Barr and partner Meg Stanley), creating infused spirits to use in original and time-tested drinks. The carrot ginger Rickey, using carrot-ginger-infused gin, fresh lemon and lime juice, and Maine Root ginger beer, is bright and refreshing, a gorgeous summer libation. There’s a cosmo made with orange-vanilla vodka and an old fashioned that uses black pepper-orange-infused bourbon. Adventurous drinkers might be drawn to the explosively delicious mango and hot cherry pepper martini.

Kespert is also the “resident espresso guru,” according to Barr. He worked with Speckled Ax, a Congress Street neighbor, learning to make coffee drinks on the gorgeous hammered copper espresso machine. The affogato, a double shot of Speckled Ax espresso poured over fior di latte soft serve, is a specialty of the house and a potent afternoon pick-me-up. A 400-pound soft serve machine was imported from Italy to churn out the super creamy dessert, and mix-ins such as toasted pistachios and mint chips can be added.

Lazzari wants to be more than another pizza joint. “We think this is the kind of place you could eat every day. We’re offering food that’s not only affordable but also clean and nutritionally balanced, with enough variety that a person wouldn’t get bored coming,” Barr says. “But it’s about more than the food,” he continues. “Congress Street is the only part of Portland I’m interested in. I want to make the neighborhood more eclectic and dynamic. It’s not dependent on tourists but the people who live and work here.” Maggi supports this notion, adding, “It’s not about us, it’s about you.” 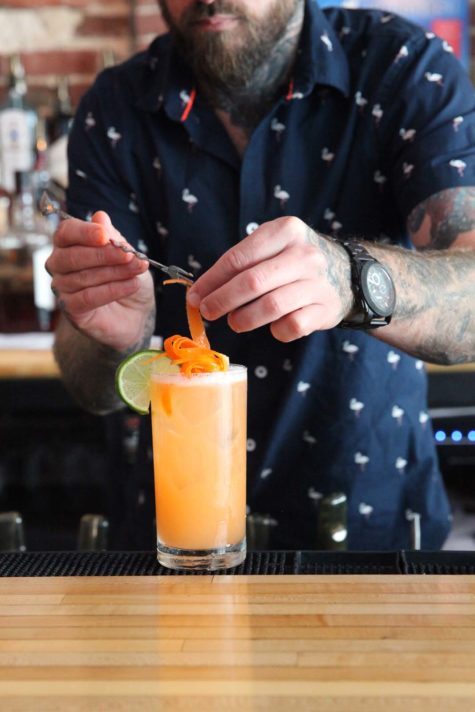 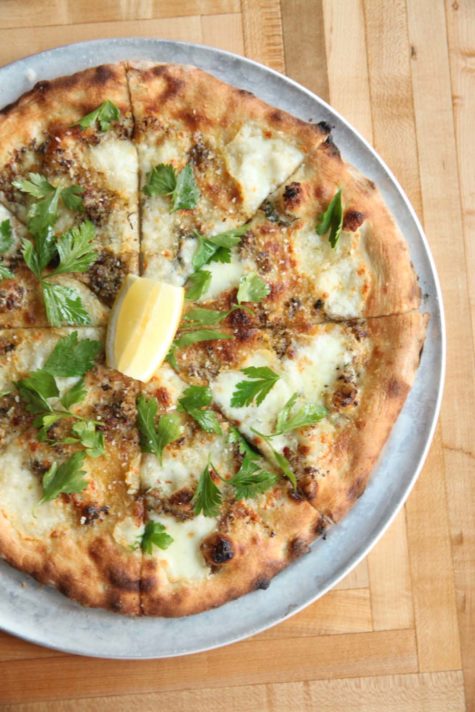