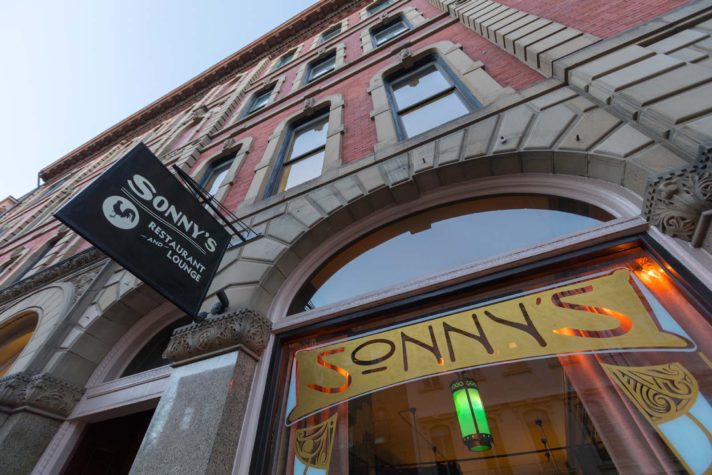 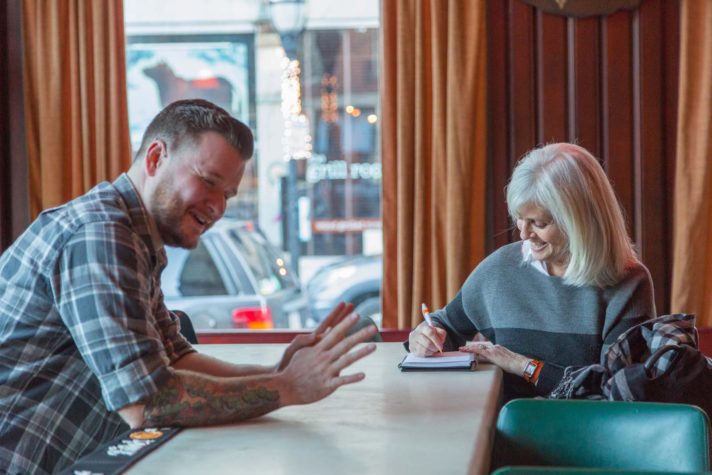 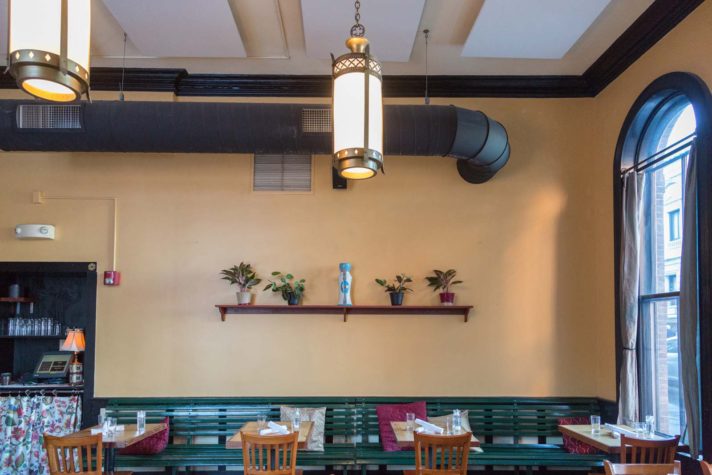 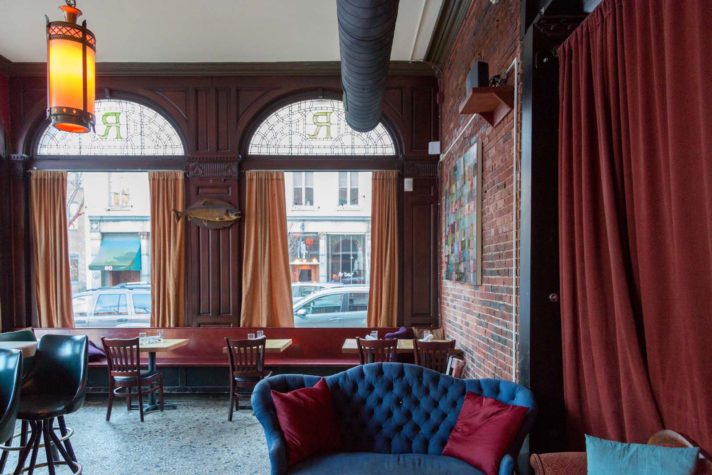 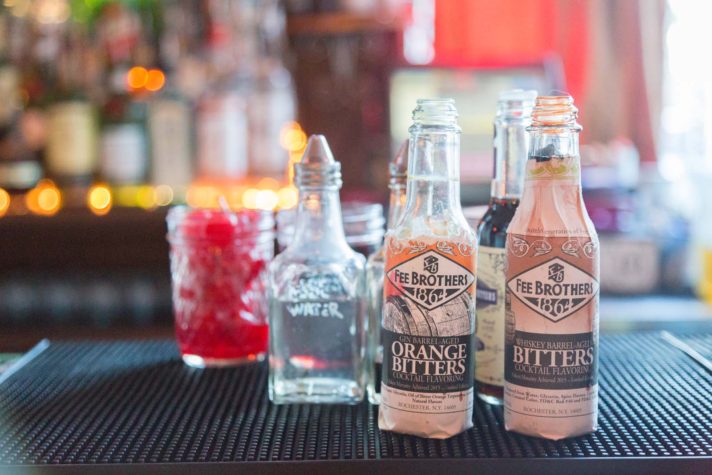 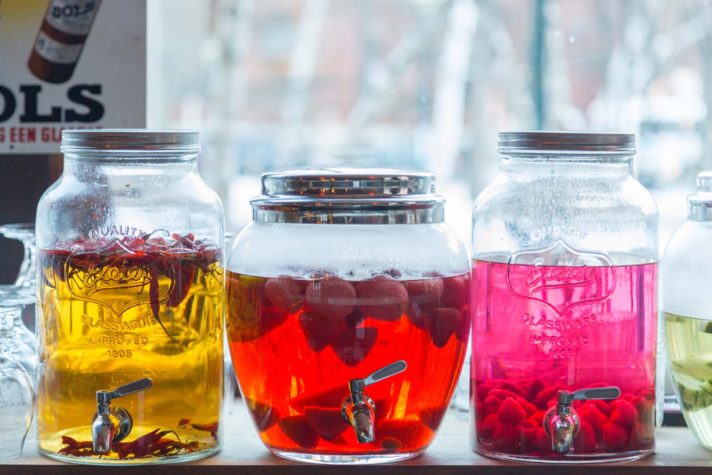 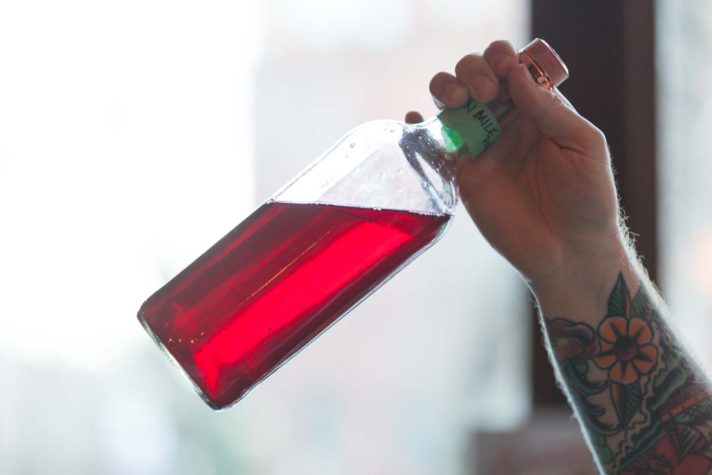 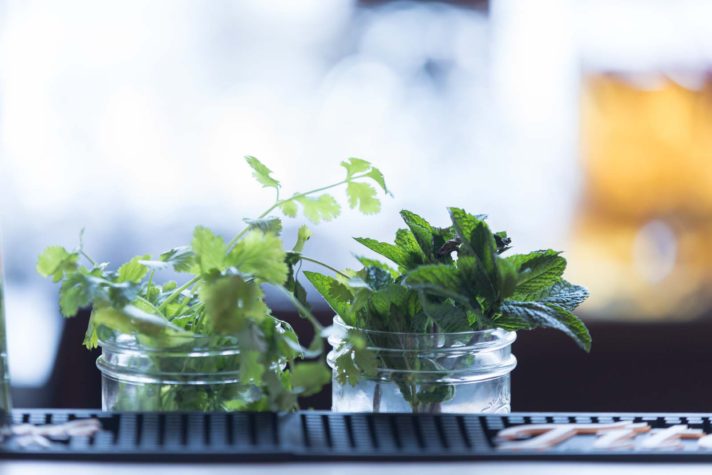 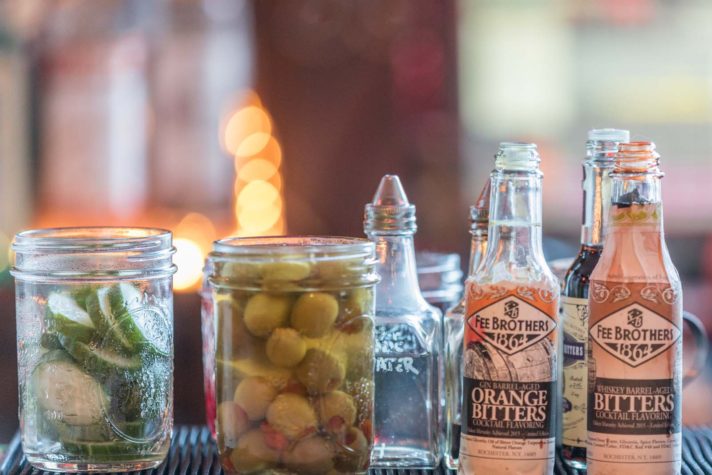 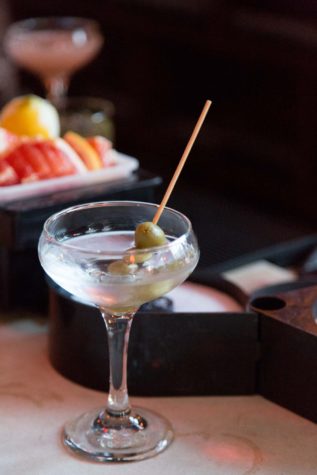 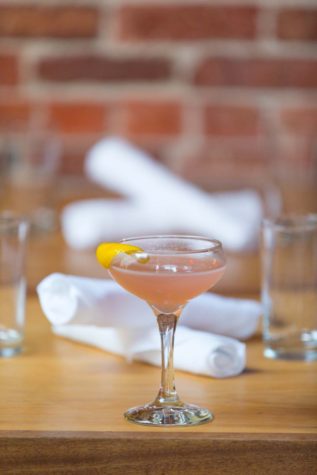 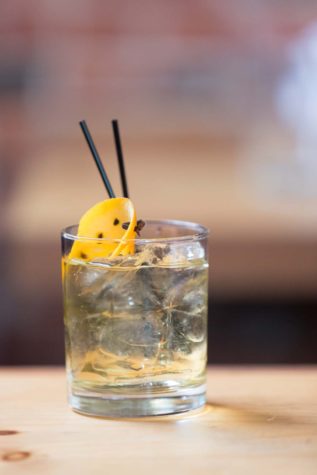 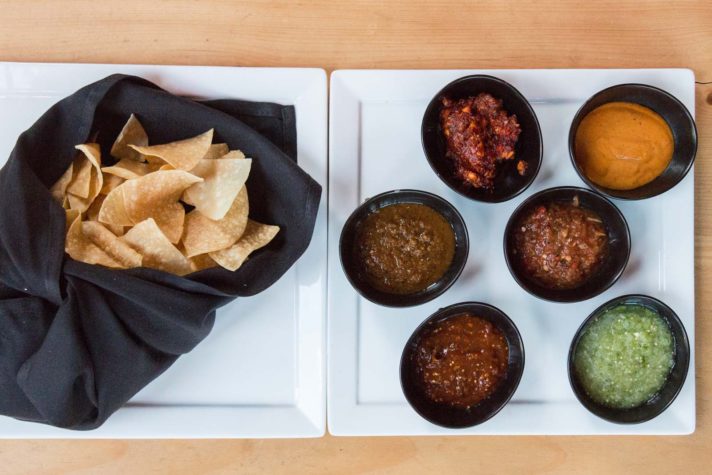 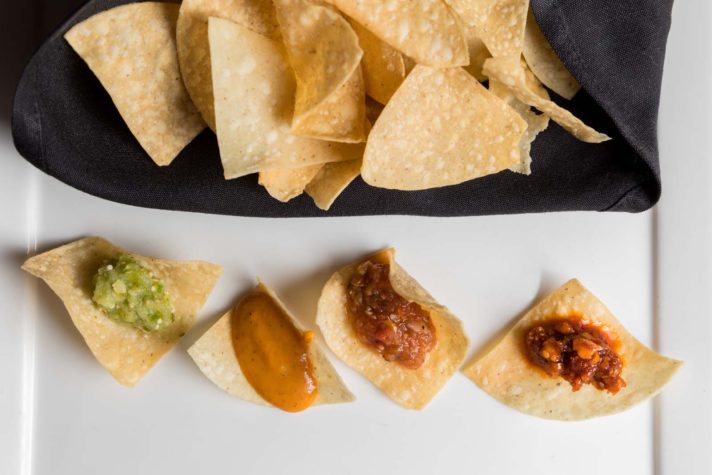 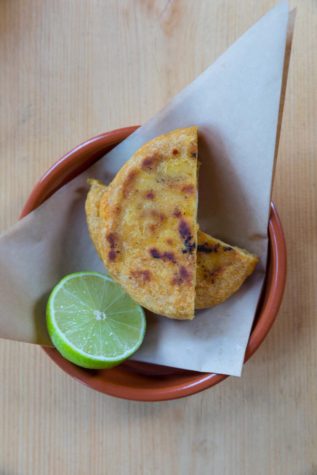 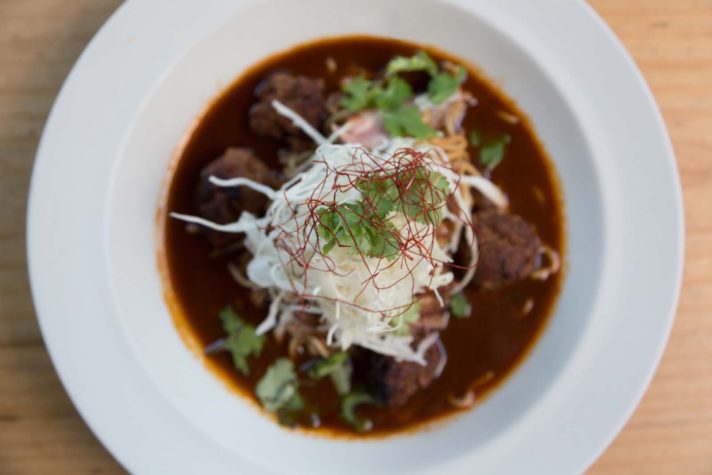 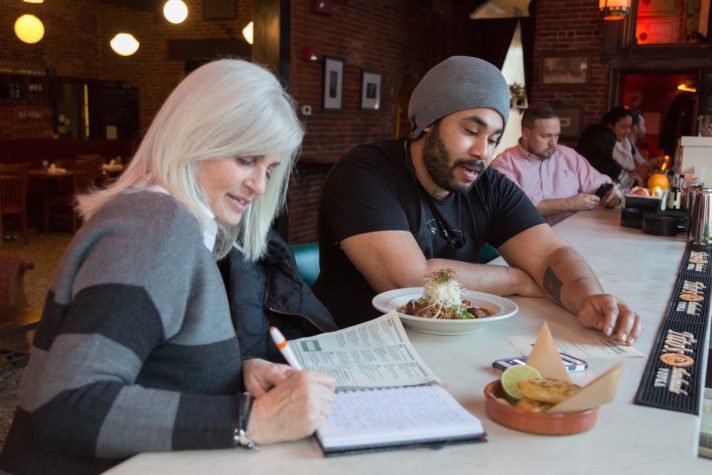 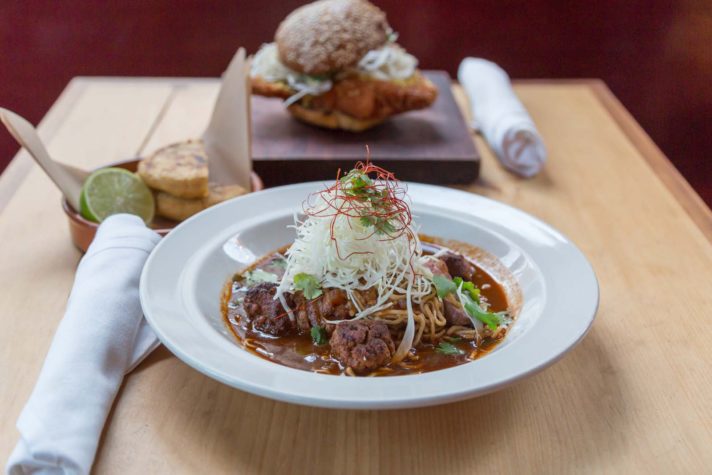 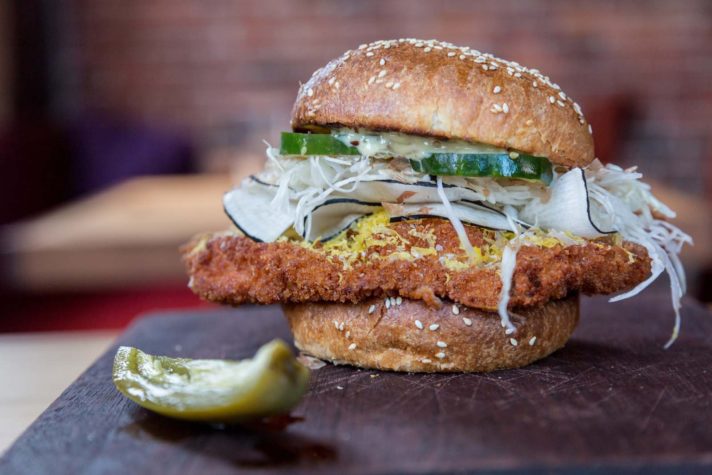 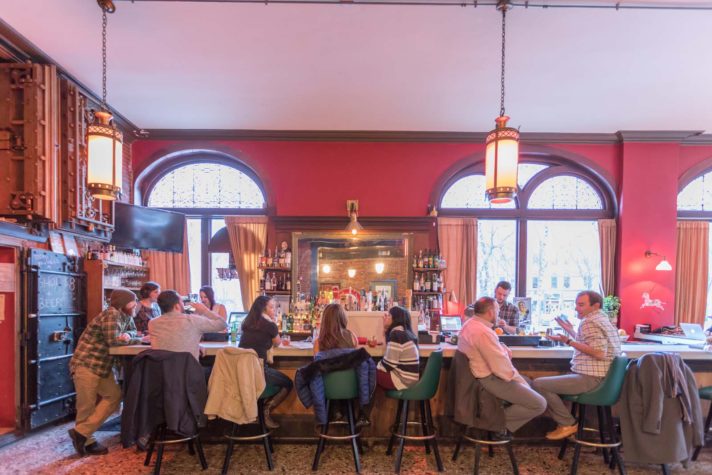 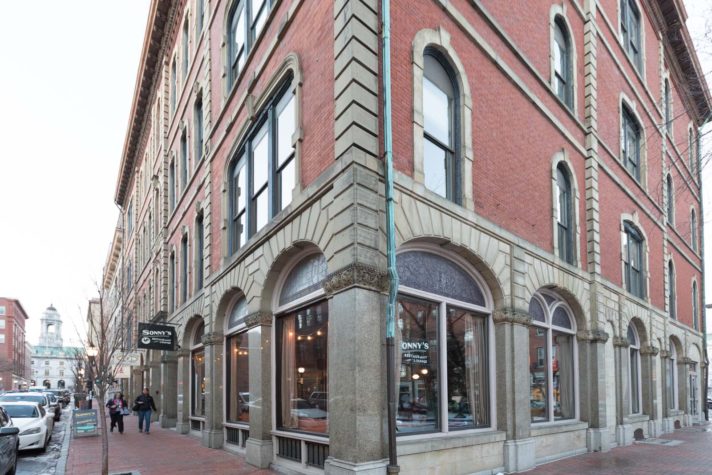 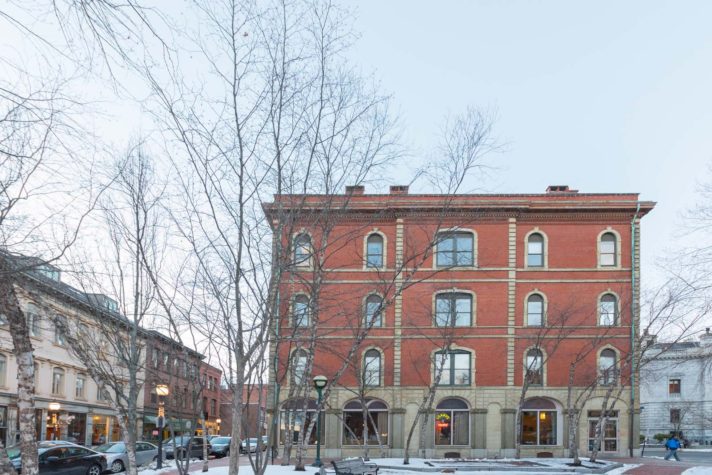 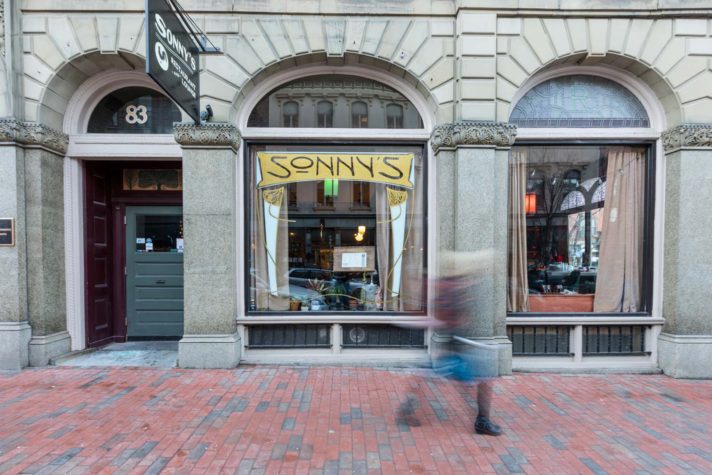 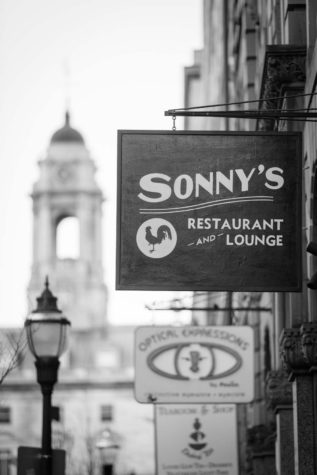 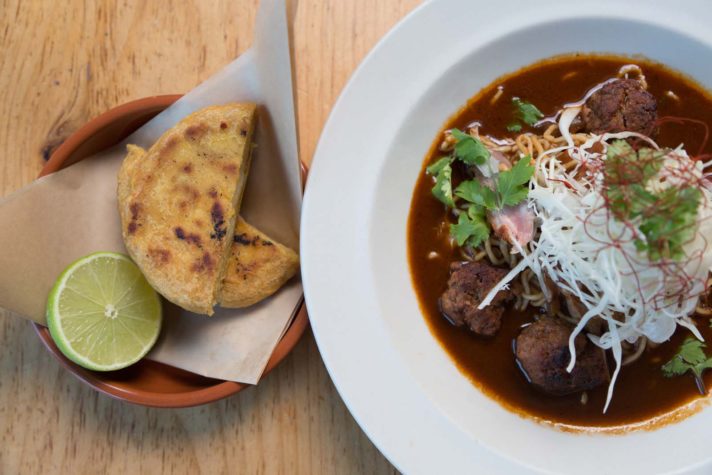 Sitting at the bar just before happy hour, Sonny’s new bar manager, Adam Sousa, is trying to explain the science behind milk punch to me. What sounds like an after-school snack for third graders is actually a potent and tasty rum and brandy cocktail, subtly spiced with orange peel. The milk is used to clarify the ingredients, through some sort of liquid alchemy that Sousa employs. I never did well in any science class, so the explanation is lost on me, but the taste of the cocktail is not. It’s delicious, with a little heat from cinnamon, allspice, and a pinch of cayenne pepper. The punch is made in limited quantities, which is an argument for getting to happy hour on the early side.

Sousa has filled the big shoes of the former bar manager, Christina Klein, who brought creative flair to the cocktail program at Sonny’s. Sousa is working on a new drinks list, keeping many old favorites as an homage to Klein, who moved away to be with family. “I’m moving the bar to more in line with the kitchen,” he says. “Look for more agave and mezcal drinks that will match the chef’s Oaxacan-style food. It’ll be a lot of fun.” He mixes up another cocktail for me, the Puffer Fish, based on a classic Corpse Reviver #2, which traditionally contains gin. “I’m really invested in the classics,” says Sousa, “but found that mezcal is lovely replacement for the gin.” The Puffer Fish is a pretty pink cocktail served in a coupe, but one sip could bring you back from the dead, as the original name implies. It’s a bright and boozy drink that combines the mezcal with Cocchi Americano Rosa, Dry Curacao, lemon juice, and an absinthe rinse. I’m thinking I’m in need of some food to go with all the alcohol when chef Paul Tuck appears with a plate of hot and crispy fried calamari. The plate is artfully arranged, with wide swipes of black sesame and yuzu and bright yellow dots of Meyer lemon puree. There’s a tangy chimichurri made of epazote, an herb that’s a staple in Mexican cuisine. All the ingredients come together to make this an addictive snack, perfect with Sousa’s cocktails.

When Tuck started at Sonny’s four years ago, his experience was more with French food than Mexican. No matter, he tells me, “I’m obsessed with food, so I research everything. Every dish on the menu is carefully curated and thoroughly tested. And French techniques translate into Mexican food in some ways you wouldn’t expect, like stocks.” The proof is in the Jaliscoa duck ramen the chef offers me. It’s very much a fusion dish, with a rich and complex pasilla chile broth, ramen noodles, and both smoked duck breast and duck sausage. It’s also served with something you don’t often find in a Mexican restaurant—chopsticks. “This dish is traditionally made with goat,” says Tuck, “but it’s more accessible with duck. I love noodles and this is my excuse to have a big bowl of noodle soup on the menu.” To complete the culinary mash-up, he’s included cheese-stuffed gorditas on the side, a sort of corn cake that’s good for dipping in the intensely flavored broth.

Everything but the tortillas is made in-house, and the tortillas are sourced locally. The kitchen prepares six different salsas daily, from a mild house salsa of charred vegetables to the most incendiary salsa arbol. Options in between include the intriguing salsa macha, which translates loosely to “macho woman,” an oil-based dip, with peanuts, dried shrimp, chiles, and garlic. It’s another fusion sample and a delicious choice, for those looking beyond the usual Mexican standard.

On Wednesdays, Sonny’s offers Cantina Night, with a menu of specials that Tuck says is a way for the kitchen to “test new menu items and have some fun.” There are “cheap, gringo tacos” and excellent drink specials, like $5 margaritas. One dish that earned its way from Cantina Night to the regular menu is Tuck’s katsu torta, an enormous sandwich of dry-aged pork fried in panko and served on a house-made cemita roll, similar to brioche. “I’m still tweaking it,” says Tuck, but it seems just right to me. The tender meat is piled high Japanese pickles, black radish, cured egg yolk, and mustard seed aioli.

Sonny’s recently suspended lunch service, but weekend brunch remains hugely popular. The extra time that the kitchen has gained has proven helpful to everyone. “We’re more focused now,” says Tuck, and Sousa agrees. “Without lunch,” Sousa says, “we have more time to pursue projects, and it makes dinner even more special.” He’s working on his science experiments-like fusions that add character to cocktails. “We had a lovely program to start, but now we’re moving ahead to keep up with the newer restaurants in town,” he says. 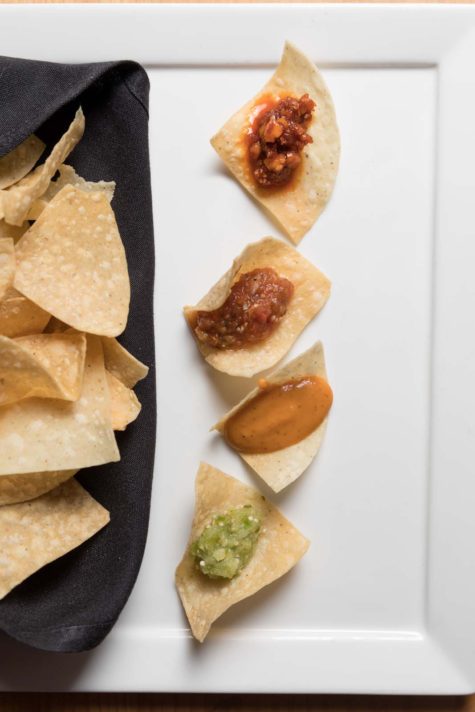 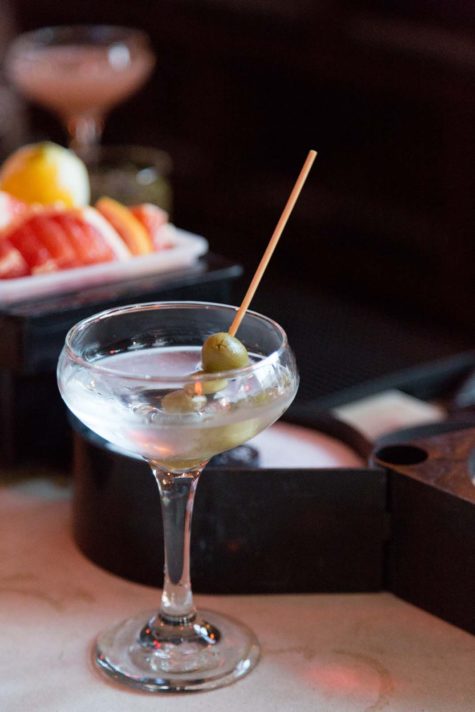