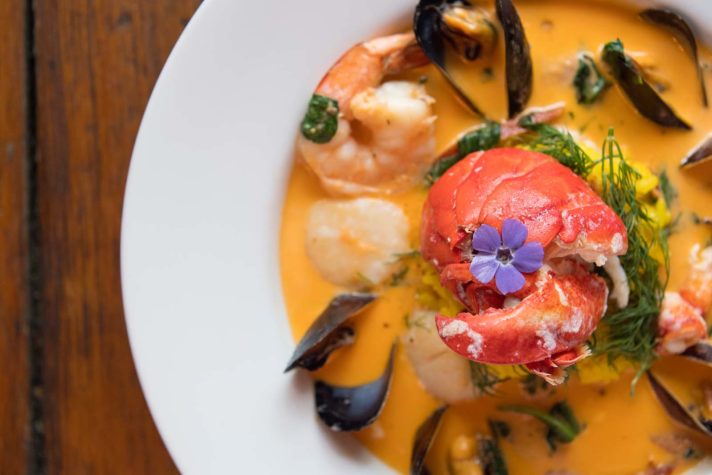 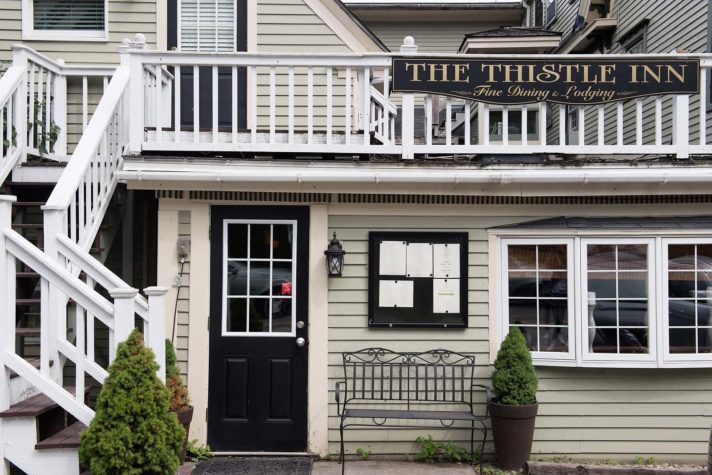 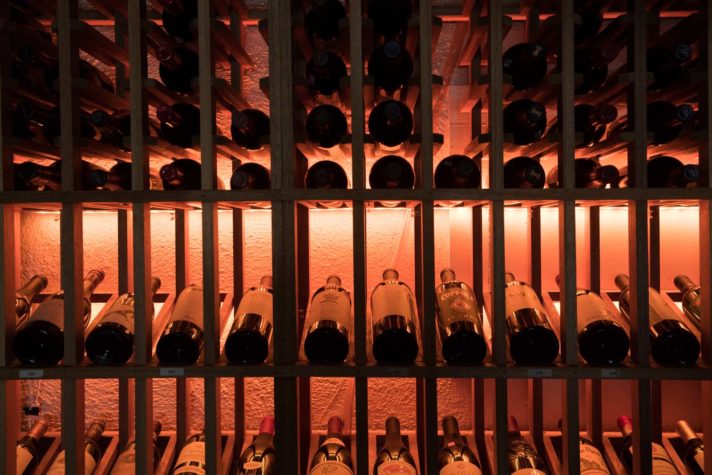 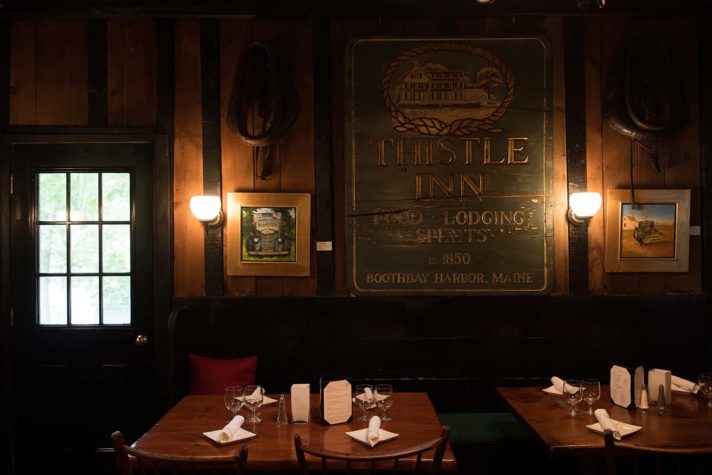 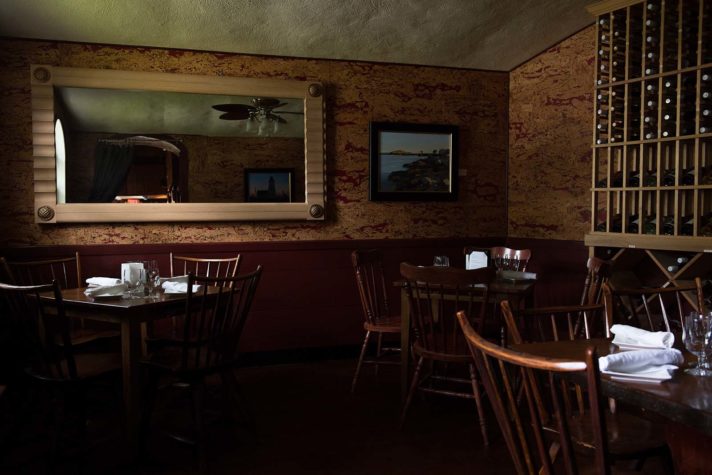 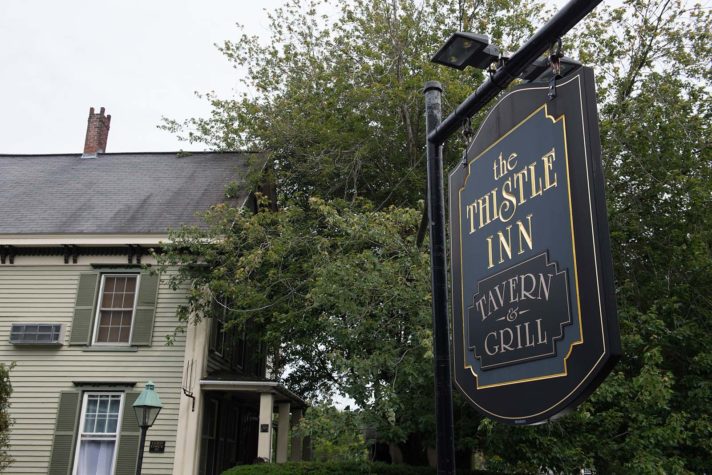 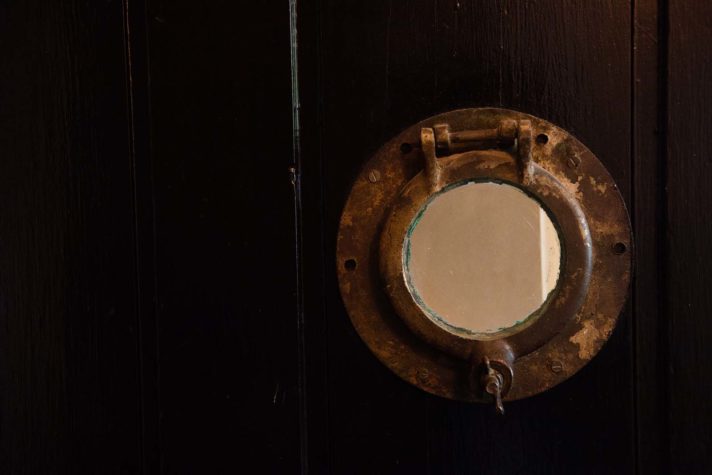 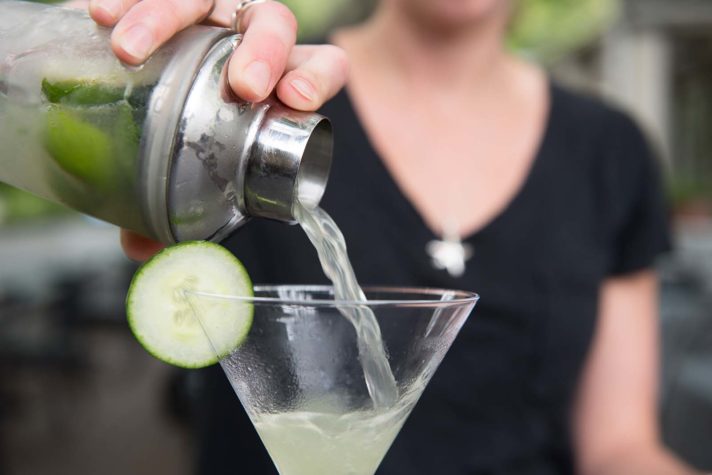 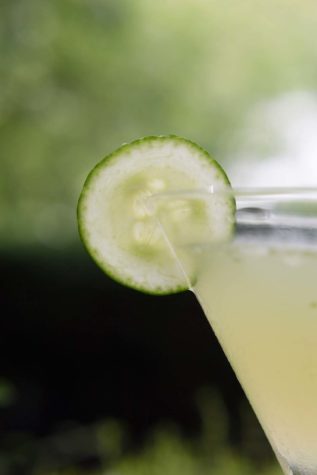 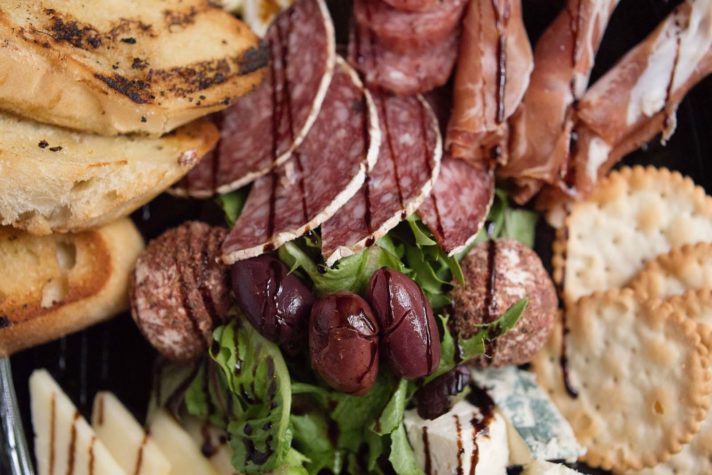 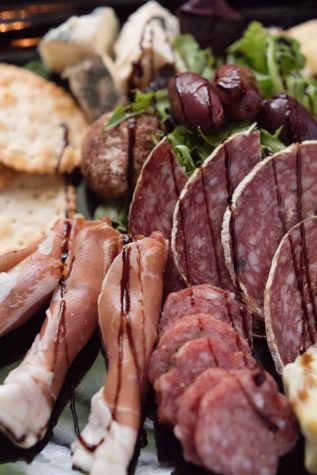 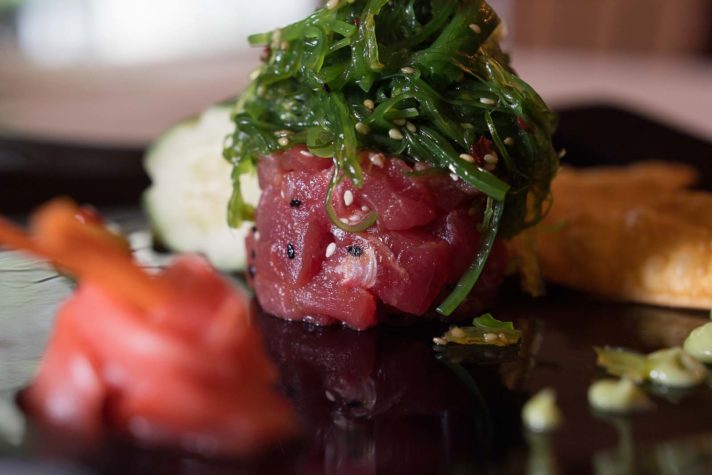 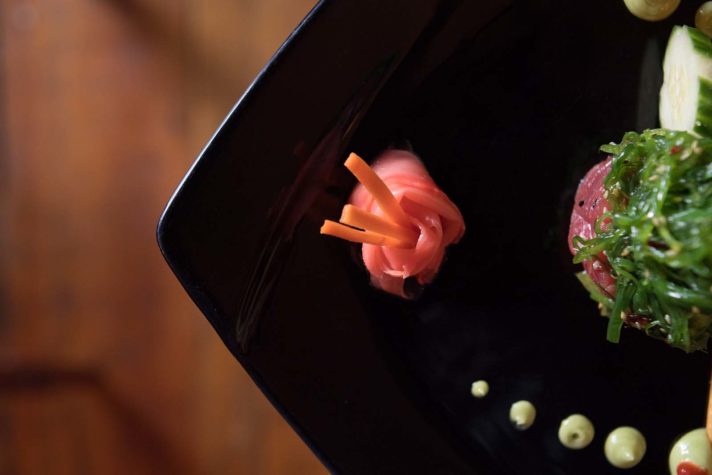 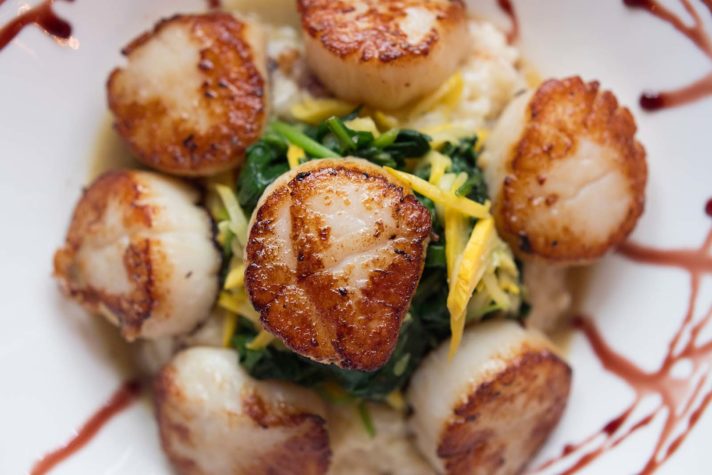 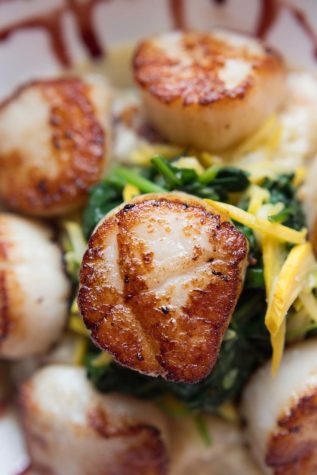 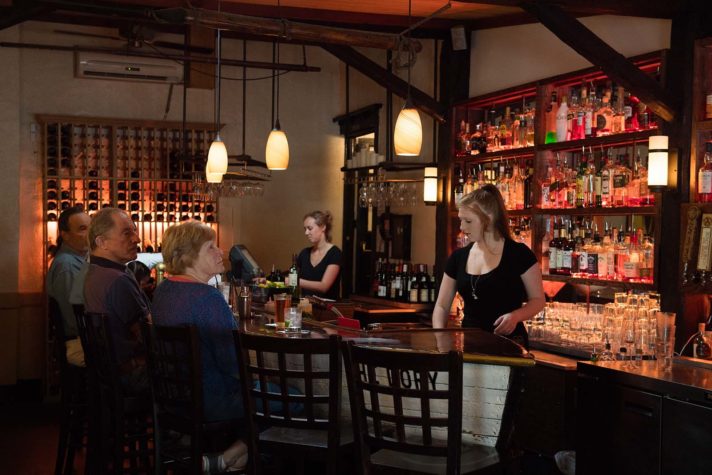 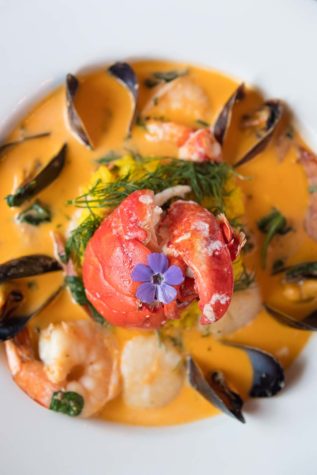 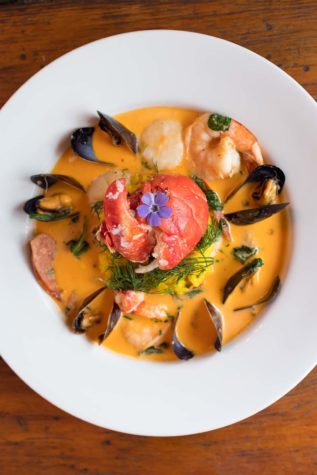 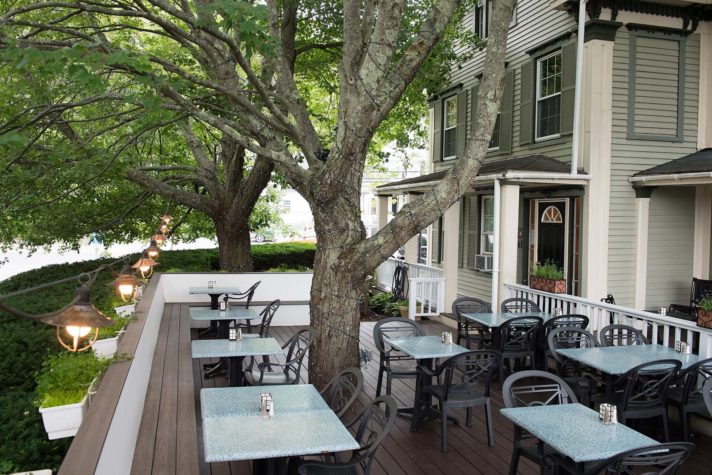 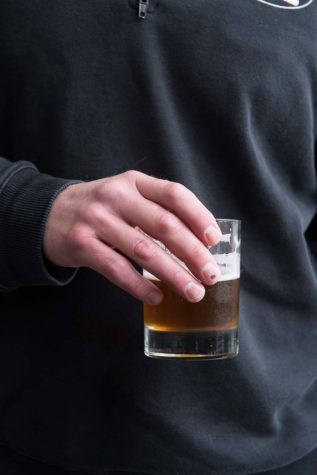 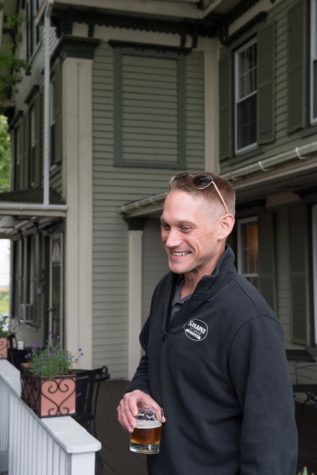 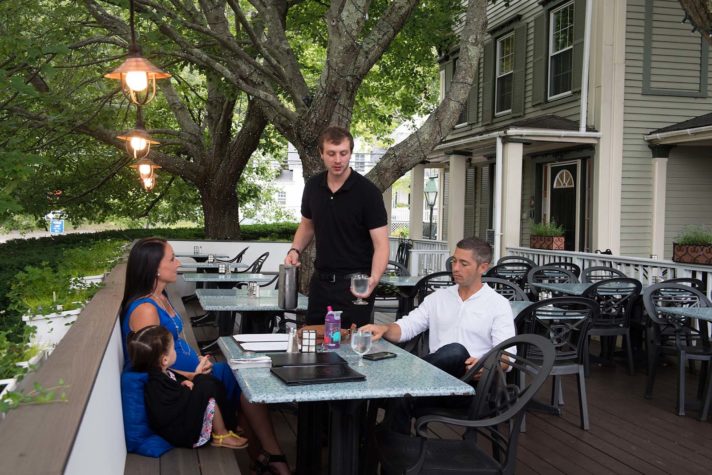 “Everyone has a story about the Thistle Inn,” says co-owner Dick Reid. That’s no surprise for a place that’s been in business as a locals’ favorite for over 50 years. The Greek Revival-style inn was originally a sea captain’s home, built in 1861. Since then, it’s had a colorful and varied life, including time as a brothel and an interim YMCA. It first became an inn with a restaurant in 1962, when Leoni Greenwood-Adams, the wife of a Scotsman, gave it the Thistle Inn name. Co-owner Anya Heyl tells me Greenwood-Adams’s lively presence still holds influence over the place. “It was very much a locals’ hangout and kind of rowdy,” says Reid. Later that evening, I visit a friend who had grown up in the area and tell him about my visit to the Thistle Inn. “Oh yeah,” he says, “we used to get into lots of trouble there, back in the ’70s.”

Those days are long over, and while the Thistle Inn is still a gathering spot for the community, it has a more subdued, genial, and peaceful atmosphere. Reid and Heyl, who will be getting married this fall, took over ownership of the inn last year. They also own Wannawaf, a Belgian waffle and ice cream shop, in Boothbay Harbor. Heyl had worked at the inn on and off for 12 years, saying, “I cut my teeth here.” When the place closed late last summer, she and Reed were able to come to an agreement with the previous owner to buy it. “It took us a couple of months to get it back into working order,” Reid tells me, as we sit on the exceptionally pleasant deck. In early November, they threw a cocktail party for the community and were thrilled by the positive response. “This community is like a family. We get everyone from the local billionaire to lobstermen,” says Reid. “We want to keep everyone happy and give people some place to go year-round.”

Whether you’re from here or away, you’ll be warmly welcomed at the Thistle Inn by the staff. “We’ve been very lucky to find hardworking dedicated people,” Reid says. “A lot of the staff came back to the inn when Anya and I took it over.” Hostess Mary Lou Koskela had previously worked at different local establishment for 35 years. Bar manager Melissa Matthews, who creates cocktails, along with Heyl, also arrived from another nearby restaurant. And chef Mike Whitney, who had worked for two previous owners of the Thistle Inn, is a mentor to his young kitchen staff. “I originally hired him back as a consultant to train the others, but he decided to stay,” Reid tells me. “Mike knows quality.”

Reid, Heyl, and Whitney developed the menu collectively. “We all have our own expertise,” says Reid. Some of Whitney’s greatest hits remain from past menus, like the spaghetti squash with smoked tomato sauce and tuna tartare. The tartare is a delicious and generous starter, with a tangle of wakame salad on top and spicy wasabi aioli alongside. The Thistle antipasto is great for sharing, with an assortment of meats and cheeses, including soft goat cheese covered in a tangy spice mix. Scallops are popular dinner item, beautifully seared and served over pancetta-lemon risotto with sautéed spinach and summer squash. “Risotto is one of our specialties,” Reid says. It’s cooked just right, with a toothsome bite, but tender and creamy.  A crispy saffron risotto cake is the base for a big dish of lobster paella, full of seafood, including mussels, shrimps, and clams, as well as chorizo. It’s an untraditional take on paella, with the shellfish in a smoky tomato broth. “Our identity is approachable bistro food, with an emphasis on seafood,” says Heyl. Steak, pork tenderloin, and lamb are treated with the same care and attention.

While Reid and I sit on the deck, built around two enormous maple trees and strung with tiny white lights, the restaurant is filling up inside. It’s a maze of small dining rooms, each with its own charms, all paneled and beamed, cozy and intimate. The bar, known as the Dory, is made from a highly varnished half-dinghy. The snug room fills the space that was originally the courtyard between the house and barn. It boasts one of the best beer selections in the area (according to customers), with many local breweries represented. Another smaller bar will soon be open on the deck, too.

The Thistle Inn recently won the Boothbay Business Improvement award from the Boothbay Harbor Region Chamber of Commerce. “We’re not re-inventing the wheel; we’re just making sure the food is great and the service is fantastic,” Heyl says. “The fun thing is learning, assessing, and fine-tuning. And realizing that we’re now the owners and can make everything better.” Reid agrees, “If you’re going to do something it might as well be the best.” 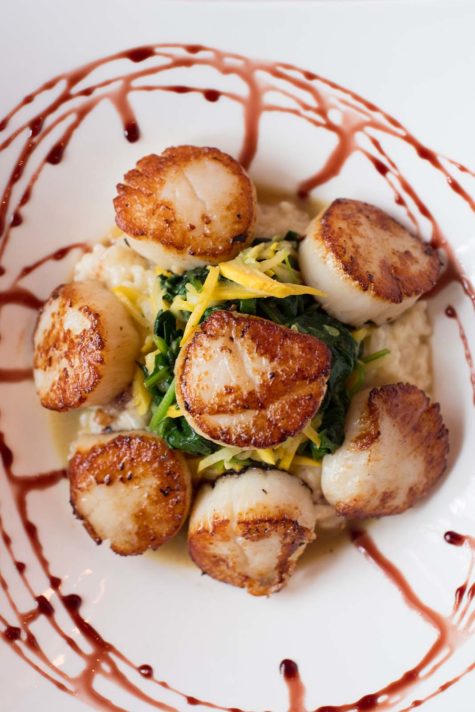 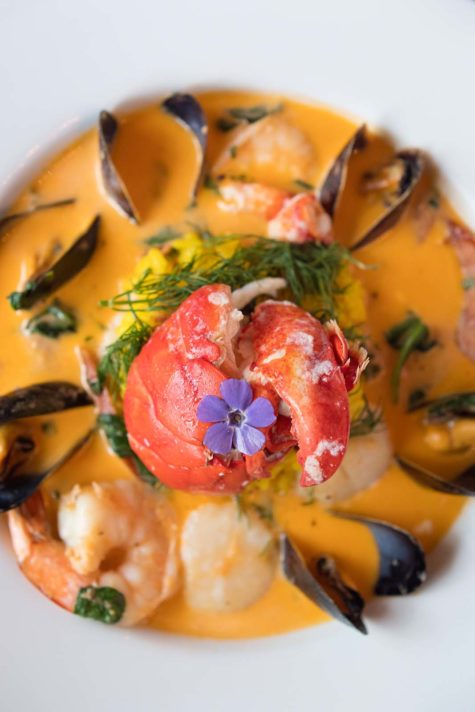