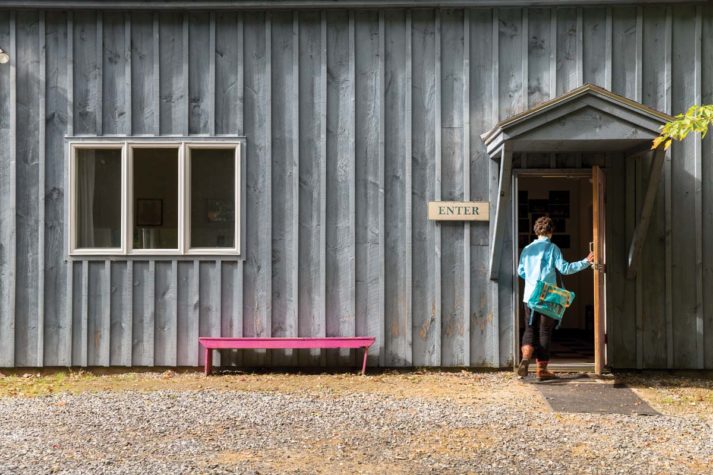 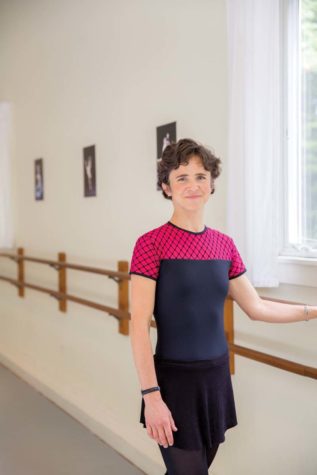 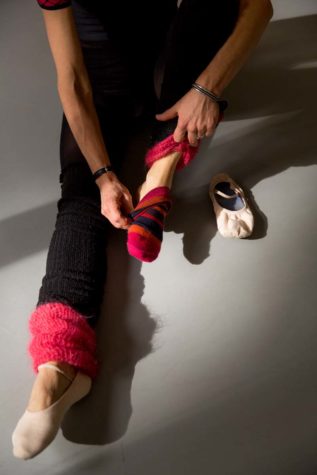 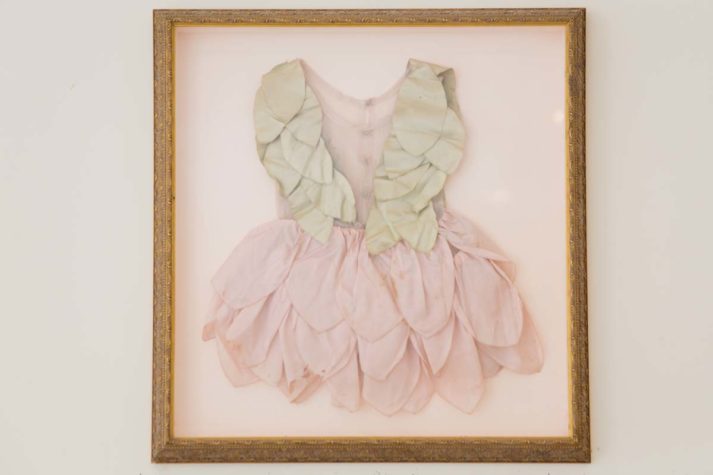 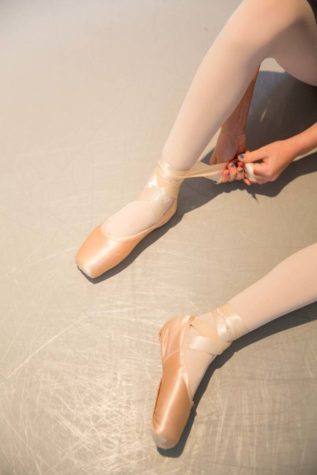 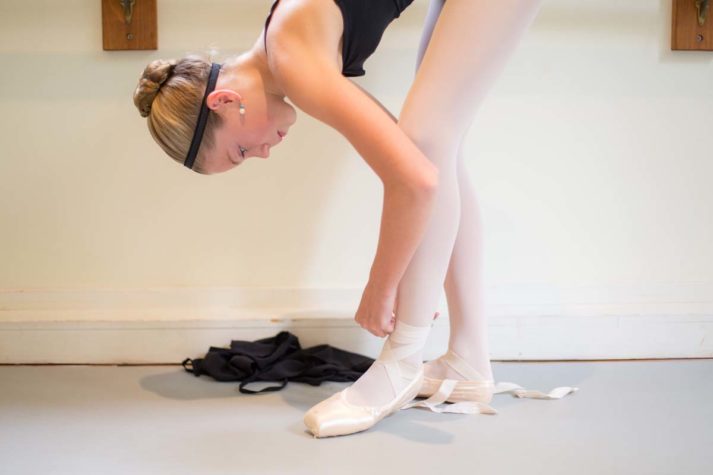 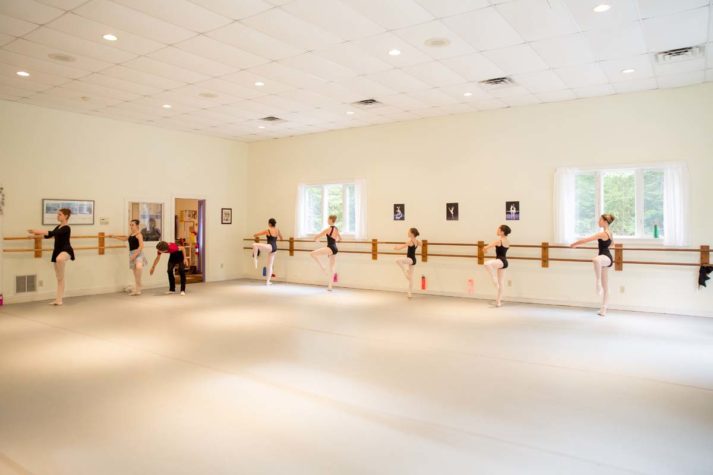 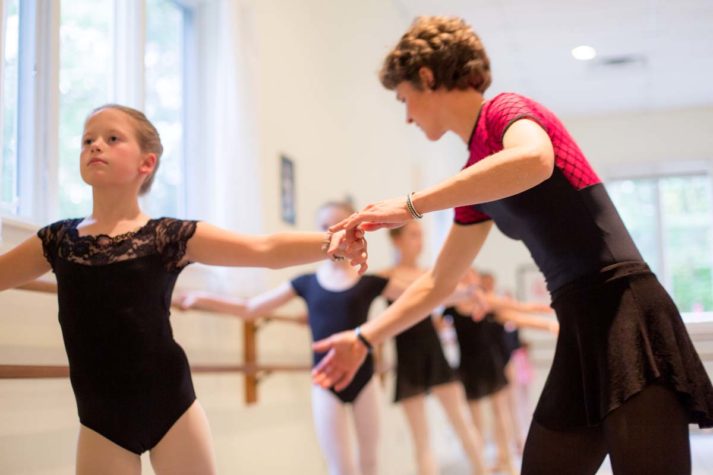 Teaching students to love ballet from her studio in the Topsham woods.

At first we do not see their bodies. Two sets of dark eyes watch us through the husks of the October garden. They do not bark, but remain vigilant until Elizabeth Drucker opens the door of her ballet studio and calls out a greeting. The dogs—enormous Leonbergers named Blackstrap and Trapper Jack—look like crosses between German shepherds and oversized teddy bears. They wrestle in the leaves that have fallen from the trees encircling the studio, where hundreds of children have learned to dance. Although the Leonbergers take their guard dog status seriously, they are playful now that they realize we are no threat to their kingdom.

Drucker’s studio, housed in a renovated barn behind her house in Topsham, is spacious and filled with light. Today, the sun reaches between branches that have not yet fully shed their autumn garb, casting shadows on the broad, smooth floor. In the winter, Drucker tells me, snow swirls around outside the windows and reflects in the mirror that runs the length of one wall. “It is as if we are dancing in a snow globe,” says Drucker.

Once a professional ballet dancer with the New York City Ballet, Drucker has been sharing her craft in Maine and New York for almost a quarter-century. “It didn’t take me long to realize that I really love to work in the studio more than I love to work on the stage,” says Drucker. “That’s what made me shift from a professional performance career to a teaching career.”

Born in Manhattan, Drucker was raised by a single mother who worked in the financial field. Her mother, Nancy Drucker, wanted to go to college, but her family suggested that she become a secretary instead. “She loved to learn,” says Drucker. “She was smart, driven, organized, and strong—and didn’t mind being the odd person out.” Nancy, who had two daughters older than Elizabeth, eventually became a vice president at the stock brokerage firm Paine Webber. She was known for occasionally bringing her infant daughter with her to the office. “I would be sleeping in a car seat under her desk while she worked— and no one would dare to say anything,” says Drucker. “She taught me about empowerment and about reaching for goals.”

When Drucker showed an interest in dance at the age of nine, her mother enrolled her in the school around the corner. “Behind almost every dancer there is a supportive family. My mother was my first supporter,” she says. Drucker began with tap lessons, and within three weeks had picked up jazz and ballet. She soon decided to focus on ballet and began attending class every day.

When Drucker was 11, she and her mother (who had by then started her own business) moved to Maine to be closer to one of her sisters, Susan Drucker. They settled in Bowdoinham, and Drucker matriculated at Waynflete School in Portland so that she could study with the Portland School of Ballet. As a 12-year-old, she auditioned for a five-week summer intensive offered through the School of American Ballet, founded by George Balanchine and Lincoln Kirstein. From thousands of dancers nationwide, she was one of only 200 who were accepted. For three summers, she traveled to New York City to participate in the program.

In 1989, when Drucker was 15, she and her mother moved back to New York City so she could attend the Professional Children’s School and advance her education at the School of American Ballet under the internationally known instructor, Nancy Bielski. The process grew increasingly intense, and although she was awarded lead roles, she began to see the downside of the pressure involved. “My teachers saw me perform and were pleased with (and sometimes surprised by) my skill,” says Drucker. “But that didn’t make it any easier.”

Two years later she began dancing as an apprentice with the New York City Ballet. She soon realized that her love of dance did not come primarily from being on stage. “Some rise to their highest level while performing; for others this happens in class,” says Drucker. “This is an interesting distinction, and one that is valuable to understand when you want to be a performer.”

“One thing that I saw in my fellow performers that I didn’t see in myself is that we’d be backstage getting ready for our performance and they were brimming with excitement,” says Drucker. “They were like, ‘I can’t wait to get on stage tonight.’ For me, that was the hardest part.”

Drucker returned to Maine in 1993 and purchased the Ballet School from its founder, Terre Burke, in 1999. She launched its performance company, the Coastal Maine Youth Ballet, and moved the school to its current location in 2000. “Different people approached me about teaching in bigger places, but this was not what I wanted,” says Drucker. “It’s here that I want to be: here with these students in this location.”

With the Ballet School, Drucker sought to create a safe space, where it is possible to explore the love of dance. “In this generation there are so many superficial ways of looking at the body through pictures and selfies— especially with our preteens and our teens,” says Drucker. “Finding a way to appreciate how their bodies perform—looking at their bodies not just by their appearances, but as enabling them to reach goals, is really helpful.”

Drucker’s mother was again instrumental in helping her succeed with her ballet aspirations. She used her business acumen to advise Drucker on accounting and taxes. She enjoyed watching the students, just as she had once enjoyed watching her own daughter. “She sat in the corner during classes and paid attention to everything,” says Drucker. Drucker’s sisters, Susan Drucker and Linda Silber, also contributed to the creation of the Ballet School, assisting with everything from planting flowers near the studio to designing the school website.

In 2008, Drucker married Milford native Dereck Treadwell, a former All-American middle-distance runner at the University of Maine. She sold the Ballet School and moved with Treadwell to upstate New York, where he was the head cross-country coach at Hartwick College in Oneonta. Drucker taught dance at Hartwick and cared for her mother, who had grown ill and lived in a nursing home nearby. Drucker, her first two Leonbergers in tow, visited her mother every afternoon until she died in 2011 at the age of 80.

Five months after her mother’s death, Drucker and Treadwell returned to Maine, where Drucker’s previous studio had been put up for sale. She reopened the Ballet School and began drawing students from midcoast and southern Maine. “Our parents and our students have formed a tight-knit community,” says Drucker. “Our school attracts students who tend to be athletic and like to push their bodies in different ways, but I think it also really attracts a person who likes details and is excited by little progressions.” This year, Drucker has 110 students, from 3-year-olds to adults.

Although the student base is primarily female, the school does teach several young men. One of them, a graduate of Brunswick High School, has a background in opera and music (he also plays the fiddle at local contra dances). He began studying basic ballet with the younger children last year. After taking several summer classes, he has now earned a place with the more experienced dancers. “It has been rewarding to see his dedication,” says Drucker.

Each January, students begin rehearsing for the end-of-year performance, which takes place at the Orion Performing Arts Center in Topsham. Drucker’s studio waiting room is adorned with dramatic photos of past shows (including original ballets that Drucker choreographed and staged, like Blackberry Winter—A Fawn’s First Year and A Midsummer Night’s Dream) and intricately drawn show posters, created by Drucker’s sister, Susan. “I have some students who get through their class work during the year so that they can be rewarded with a spring production,” says Drucker. “Then there are others who I think would be happy being in class every day and not ever having to step on stage. In a smaller school like mine, we’re trying to find that balance for all students, because it is different for each of them.”

Several of Drucker’s older students have gone on to larger stages, much in the same way Drucker once did. One graduated from high school and is now a dance major at Barnard College in New York City; last year one alumna joined the Boston Ballet’s Pre-Professional Program and another the Central Pennsylvania Youth Ballet.

Drucker continues to evolve as a teacher. Although she loves to plan (and occasionally perform in) her school’s yearly productions, her focus is now on guiding others toward developing a greater love of ballet. Five days a week, she returns to her small studio in the woods—the one that is carefully guarded by her Leonbergers—and teaches dance beneath a framed tutu that her own mother wore in pre-ballet, almost a century ago. “Even the shy students, their smile is repressed a little bit, but they can’t keep it contained, because they’ve worked on something and they’ve seen the achievement in it,” says Drucker. “That’s so rewarding. That’s what I try to find.” 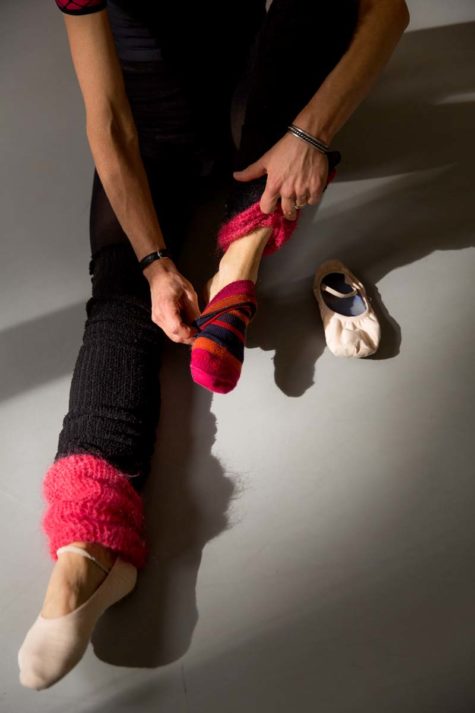 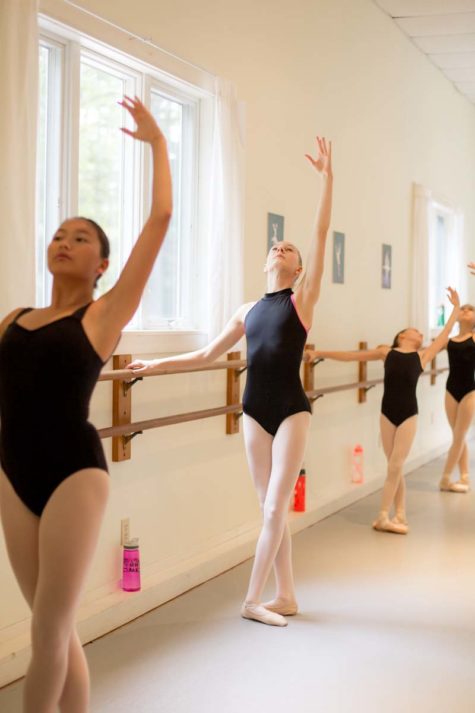 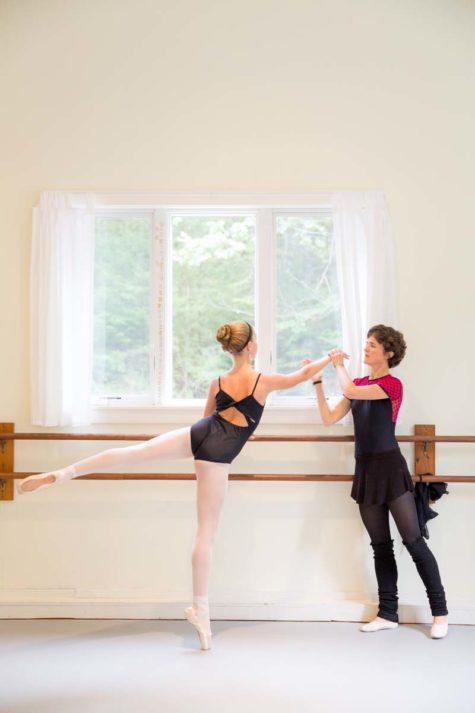 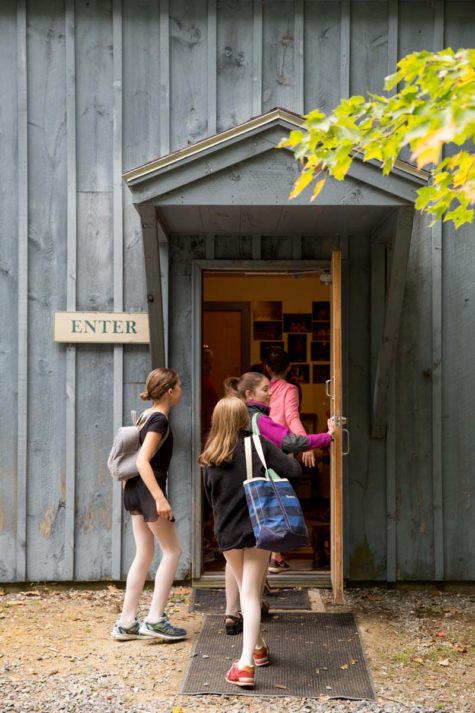