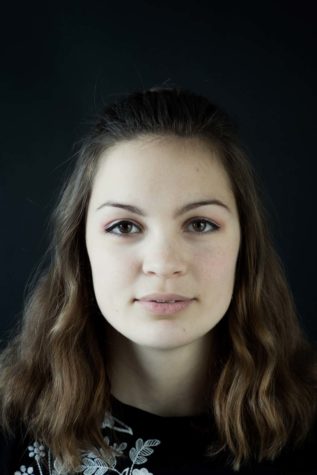 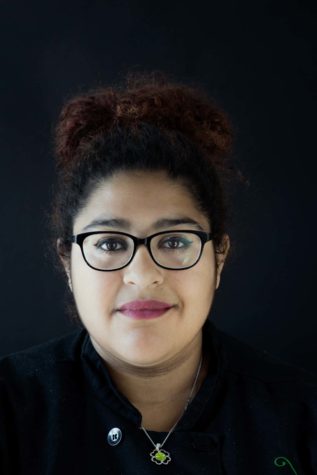 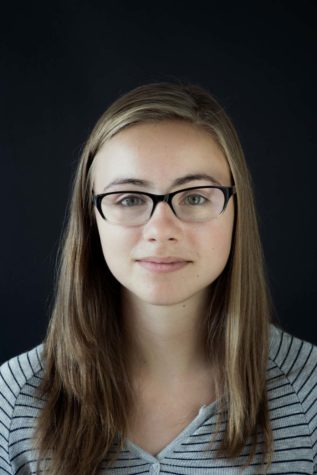 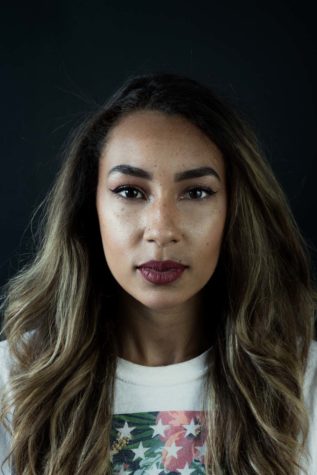 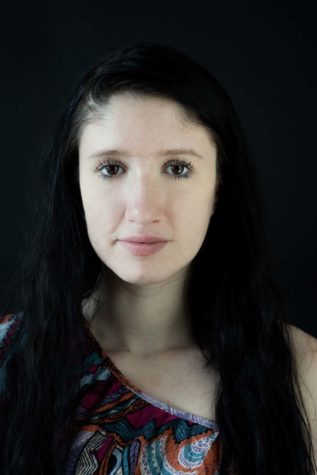 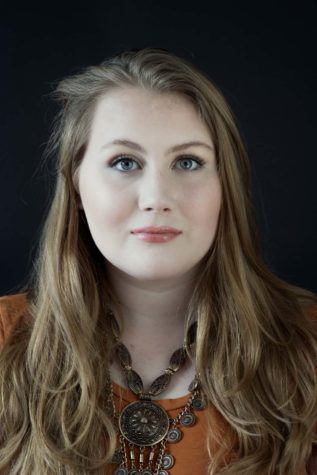 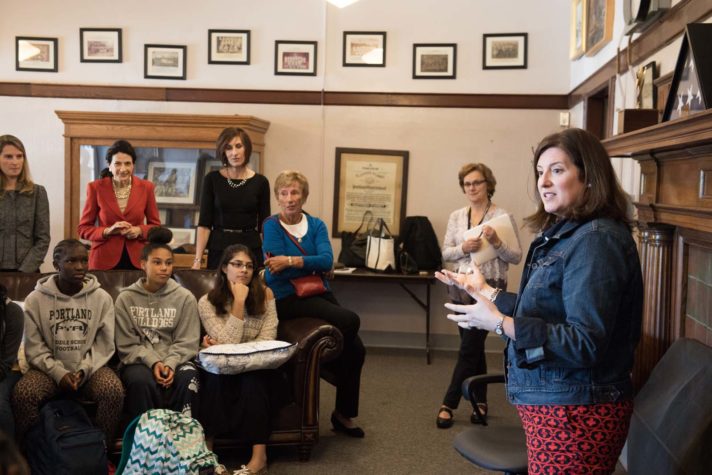 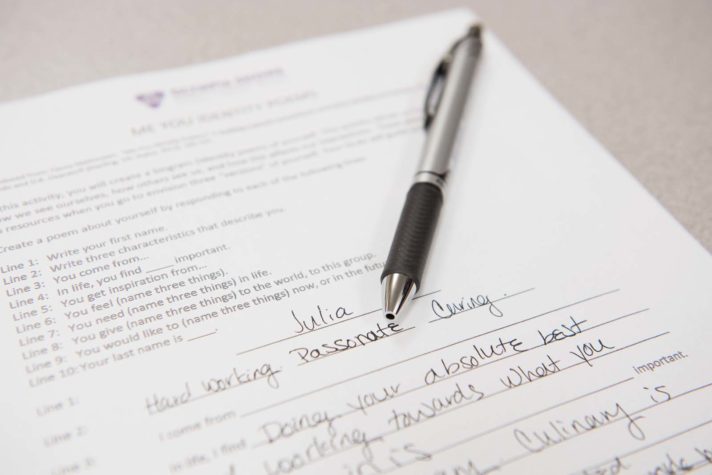 Girls are asked to consider different “versions” of themselves in the future during one meeting. 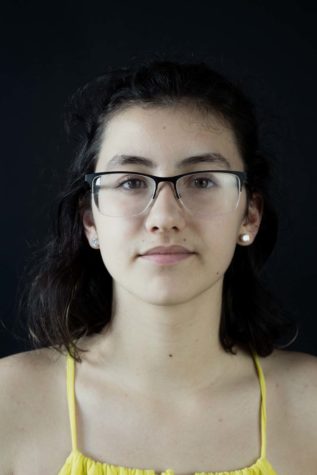 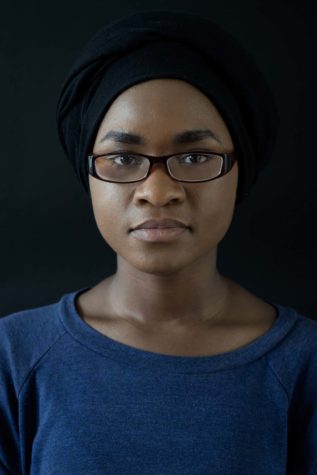 More than 300 High-school girls across Maine are being encouraged to visualize their greatest potential through the Olympia Snowe Women’s Leadership Institute.

Olympia Snowe is one of the most admired politicians in American history. She was the first woman to serve in both houses of a state legislature and both houses of Congress, and in 1978 at the age of 31, she was—at the time—the youngest Republican woman ever elected to Congress. She has blazed trails for countless women and acted as a role model of bipartisan leadership.

What is perhaps less well known is the adversity she faced while growing up in Lewiston. Hit by a series of tragedies, she learned not only how to keep pursuing her goals, but also to thrive. Snowe has returned to Maine with the Olympia Snowe Women’s Leadership Institute, inspiring a generation of high-school girls to follow their own paths— and imagine a future far bigger than they ever thought possible.

It’s 12:45 p.m. at Lewiston High School, and eight young women are stepping into a classroom on one of the school’s higher floors. Two women from the outside world join them at the table: Catherine Lamson, senior vice president and chief administrative officer of MEMIC, an insurance company, and Cecelia Moody, an advisor with the Todd Benefits Group. Lamson and Moody are Olympia’s Leaders Advisors, and for the past two years, they have met with this group of students and challenged them to imagine worlds beyond their school’s walls.

The meeting begins. Cecelia Moody asks for a report from the past month. Did anyone forge new ground? One of the students, Latisha Appleby, discusses her recent college tour and the awkwardness of writing college essays—how do you discuss your best qualities without coming across as arrogant, she wonders. Another student, Mervike Baraka, says that in the past week she asked someone she didn’t know for help. “I’ve become a better advocate for myself,” she says quietly.

Julia Chabot, a student in the vocational culinary college attached to the high school, says her sense of confidence has been growing since she first started to attend these meetings in 2015. “I’ve been able to stick up for myself,” she says. “I’m able to have a confidence I didn’t have when I was a freshman.”

Raising the aspirations of a generation

When she formed the Olympia Snowe Women’s Leadership Institute in 2014, Snowe set out to help girls like Julia Chabot develop confidence. The plan had been set in motion two years earlier when, after 40 years of public service, the senator announced that she was not seeking re-election to the U.S. Senate. Her decision was due in large part to the polarization gripping Washington— and a wish to effect change from the outside. She took on new, influential roles, including as senior fellow at the Bipartisan Policy Center in Washington, D.C., where she also co-chairs the Commission on Political Reform. She also set out to build a program that would elevate the confidence of an entire generation of girls growing up in Maine. Using more than one million dollars in unused campaign funds, she set up the organization and brought together a board of Maine’s female leaders—including Sharon Miller, Jean Mattimore, Karen Stram, and Kim Gore—to identify a need in Maine communities. Statistical analysis revealed that girls were losing confidence more than three times as quickly as boys during the transition from middle school to high school. The institute crafted a three-year curriculum, facilitated by women who are leaders in business and the community that would nurture confidence in girls. It was launched in Androscoggin County, where Snowe was raised, in 2015.

When Olympia Jean Bouchles was a young girl living in Lewiston, she experienced her first tragedy. At the age of eight, Snowe lost her mother to breast cancer. Her father—a Greek immigrant who had owned a diner in Augusta down the street from the State House before the family moved to Lewiston—enrolled her in a boarding school in New York. The school was run by the Greek Orthodox Church, and just six months after she moved away, her father died suddenly of a heart attack. After Snowe returned in her sophomore year to live with her aunt and uncle in Auburn, her uncle also died. Snowe says she was carried through this time by an internal support framework provided by her education and the faith it offered, as well her family and neighbors.

Leaning in and stepping up

The institute was launched in 2015 with a pilot group of seven schools and 49 students in Androscoggin County. Each school was asked to select girls who were academically strong but weren’t yet achieving their potential. The institute’s executive director, Christina McAnuff, explains that that the organization looks for the silent group of students being held back by gender-biased social messaging, personal experiences, or their own self-doubt, among other factors. “The girls we want to include have all stopped raising their hands,” she says. McAnuff adds that these girls are not stepping into leadership roles or taking advantage of opportunities that their schools offer.

The students come together as a group once a month with two Olympia’s Leaders Advisors, successful women from various Maine industries including business, education, and nonprofit sectors. In the sessions, they discuss how to develop leadership, collaboration, and problem-solving skills. Participants are encouraged to identify their values and visualize their ambitions in a three-part curriculum: “My Values,” (Grade 10), “My Voice” (Grade 11), and “My Vision” (Grade 12).

The focus on values struck McAnuff when she first applied for the job of executive director in 2015. A Mainer raised in Yarmouth, McAnuff had been working as director of high-school study abroad at the Council on International Educational Exchange (CIEE) in Portland when a mentor emailed her the job posting. “I was 40 before anyone asked me what my values were,” reflects McAnuff. “If you allow them to be, values can be your anchor for any important decision in life. That’s the way the senator sees them—and it’s how I have grown to see them.”

After the first class of 2015 completed their first year, there was a 58 percent increase in the number of participating students who believed “I am a confident person.” By its second year, the program had expanded to reach 21 schools and 154 students, and it now encompasses every county in the state. In 2017, an additional 15 schools joined the program, bringing the total number of mentored girls to 330. Including the girls, board, advisors, volunteers, and committees, the organization’s network extends to more than 500 people statewide. Throughout the year, luncheons and gatherings bring this network of women into the same rooms.

In the summer of 2016, the Institute organized a lunch event in Northeast Harbor where one of the students from Ellsworth High School gave a talk. Snowe says the entire audience was struck by the eloquence of the student’s speech, yet when someone asked whether she would have applied for the program herself, the student said, “No, I would have never thought of this for myself.”

“That’s the point,” said Snowe. “The students are now stretching the boundaries of what is possible. We’re expanding their periphery.” She paused for a moment and added, “I liken it to what my father did for me in many ways. He had to send me off to a Greek school in New York, which was certainly out of my comfort zone, at the age of nine, having to live in a dormitory with a number of other girls. I was going to either sink or swim. But it expanded my horizons—and I saw another world.”

Snowe is now returning that favor to hundreds of teenage girls, giving them the platform, community, and tools to find their own confidence, build their own support systems, and activate their potential. 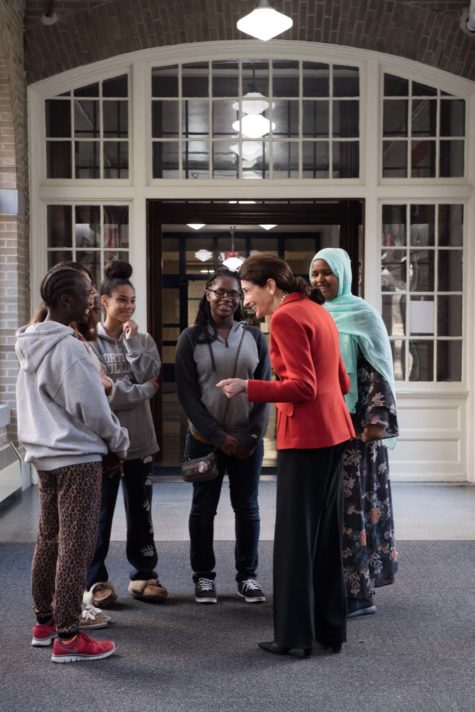 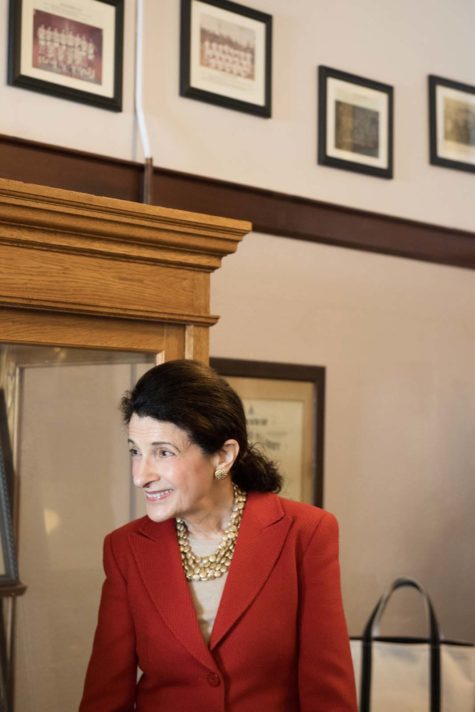 “We thought it was important for the students to understand, not where we are today, but where we began our journey,” says Snowe. “Oftentimes, we draw from failure. The question is not whether you succeeded or not. The question is whether or not you were able to succeed after you experienced failure.” 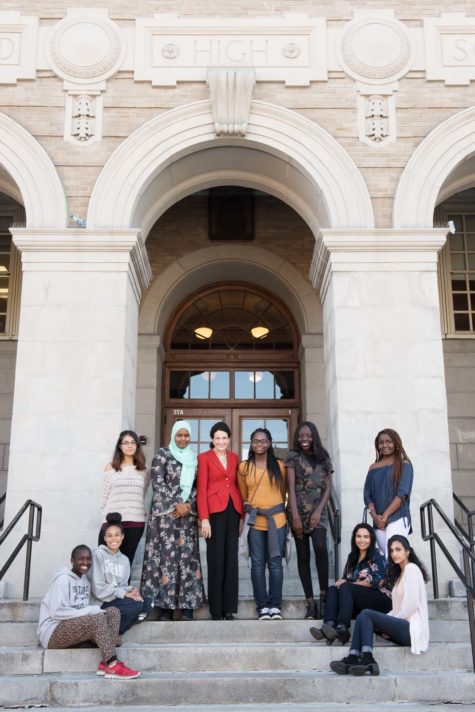 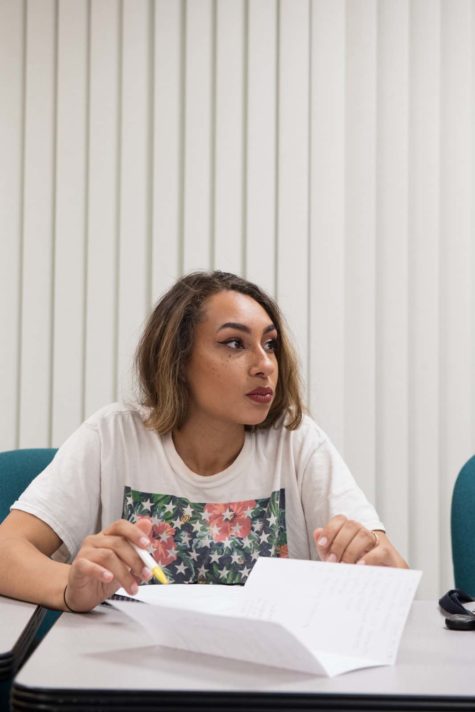 Latisha Appleby, a senior at Lewiston High School, reflects on her answers to a written exercise.