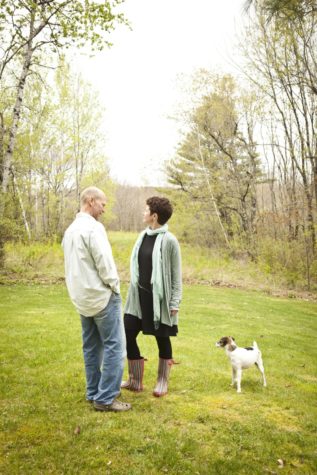 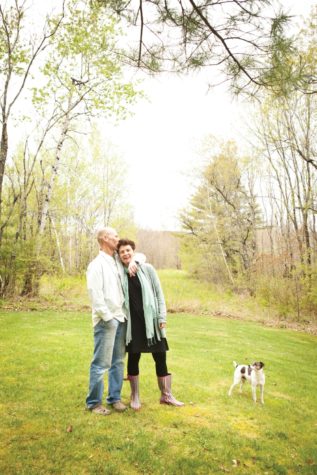 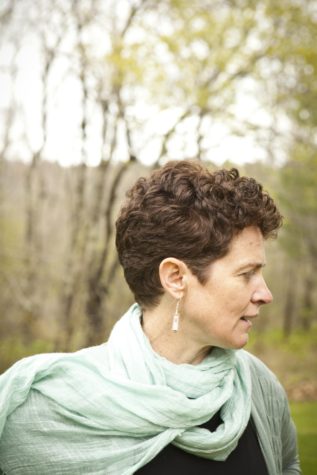 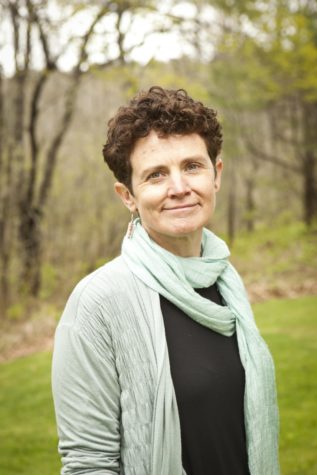 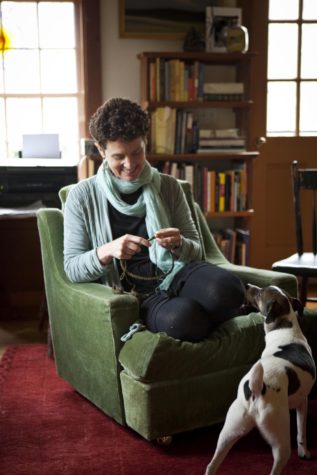 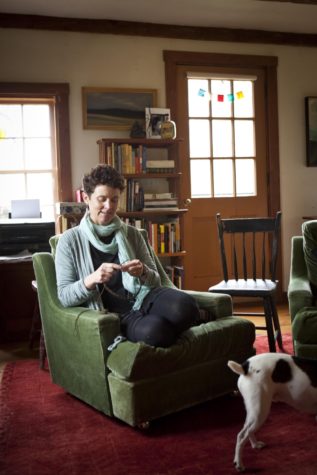 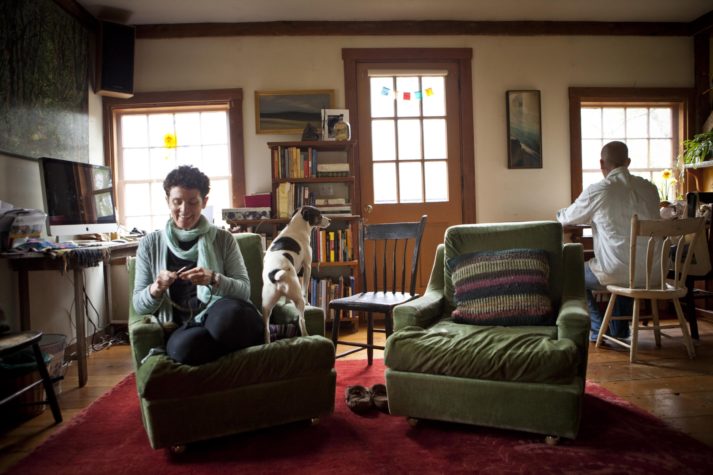 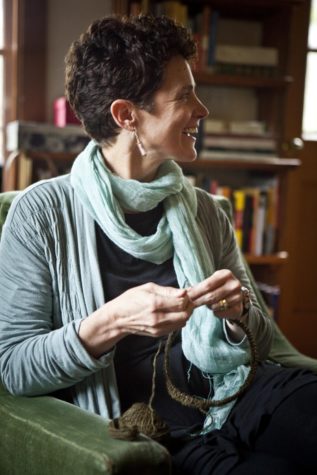 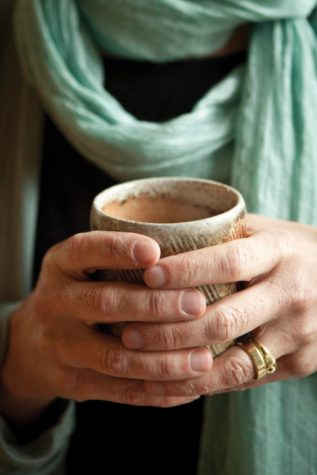 The simplest of offerings: time, tea, and a caring presence. 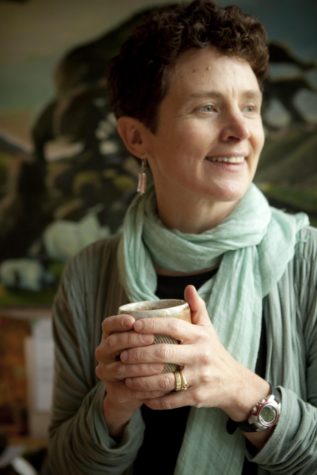 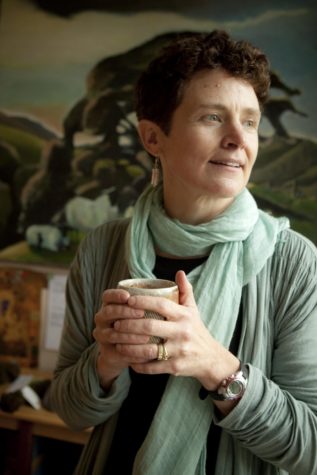 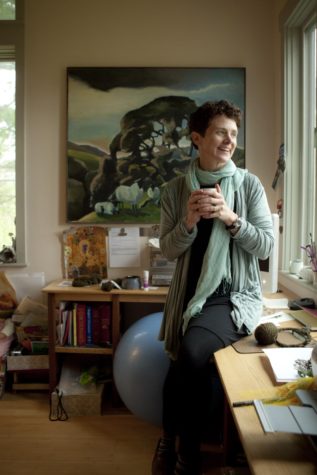 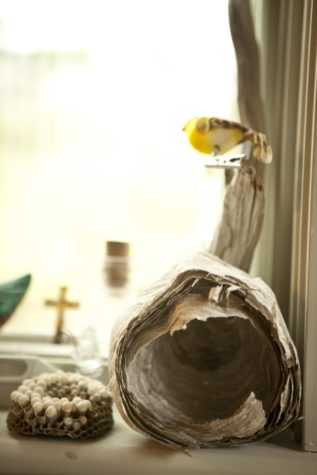 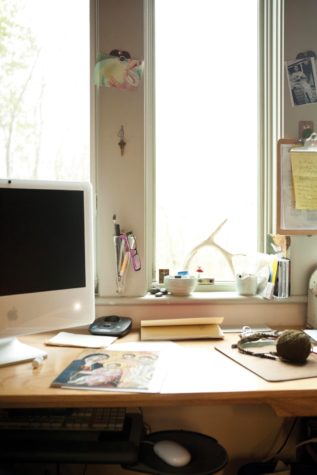 A corner of Braestrup's own 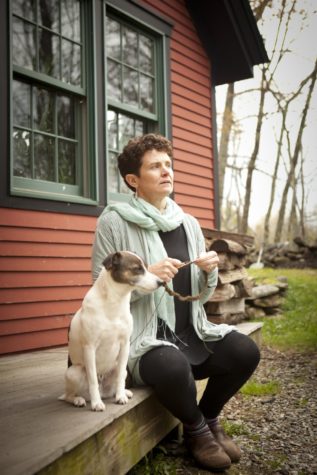 The Sweetness that Follows

Kate Braestrup—author of the memoirs Here If You Need Me, a New York Times bestseller, Marriage and Other Acts of Charity, and Beginner’s Grace, as well as the novel Onion—is telling me about the “moment of impact.” That’s the blink-of-an-eye increment of time when the realization that a beloved is dead registers in the human brain as an inescapable truth. Braestrup has witnessed this moment innumerable times in her other vocation: chaplain to the Maine Warden Service.

She has experienced the moment herself. In 1996, her first husband and the father of their four children, Maine State Trooper Drew Griffiths, was killed in a car accident while on duty. So when she talks about the moment of impact, Braestrup knows—intimately—how it feels and what it means. And she has devoted her life since that moment to writing about it for the rest of us. Her work, both ministerial and literary, honors humanity’s alchemical force that allows us to transmute fear and despair into the stuff of miracles. It’s perhaps our only superpower, and it’s as divine as it is ever-present: love. Witnessing, participating in, exploring, and facilitating this love, this state of grace, is Braestrup’s calling. It helps her care for the spirits of the newly bereaved and Maine’s wardens, and it gave her the capacity, ultimately, to create another family with her second husband, the artist Simon van der Ven, and their brood of six.

“My eleventh commandment is don’t waste pain,” Braestrup says in the same warm, funny tone that makes her books feel like the best friend you wish you had. “I am always looking for signs that it won’t be wasted, the little seeds that sprout even within an hour. I see the ability of someone who has just absorbed this horrendous blow to be aware and responsive to the love that is around her or him and be grateful for it—thanking the police officer or the emergency response team, grabbing and holding on to family and community as they gather around. It kills me every time. To actually be able to register enough to be grateful within minutes after losing a child or a spouse, that tells me the person isn’t going to waste it. Sometimes it doesn’t happen right away, sometimes it’s months or years, but the general trend begins quickly, then extends.”

But what about garden-variety heartache? The kind that comes with a break-up, divorce, or job loss? “That’s where we tend to waste pain,” Braestrup says. “Because it feels like someone’s choice—to reject you or fire you or hurt you—it feels optional and personal, so it’s easier to get stuck, really stuck, and that’s awful. I think if I had a twelfth commandment it might be: unnecessary suffering is a sin. I’m not a fan of endless depression—it eats holes in your hippocampus and keeps you numb. I say get whatever help you need—therapy, medication—whatever it takes to start feeling something again. Grief needs to do its work, which can only be done if you actually feel it.”

We talk a bit more about the myriad ways humans avoid, ignore, repress, and cope with pain. “I’m a total weenie about pain,” Braestrup admits, “but, let’s face it, pain is inevitable—it’s part of life. Relationships end. People die.”

I think of a passage from Marriage and Other Acts of Charity: “One hundred percent of marriages end. As long as we’re being brutally realistic, however, why not admit the whole truth? One hundred percent of all relationships end: paternal, maternal, spousal, avuncular, friendly or filial; one way or another, you will lose everyone you love, everyone you cannot bear to lose.” This is the B-side of living, Braestrup tells us, the one we would rather tune out: every one of us, eventually, will have our own moments of impact. “So here’s the thing about it,” she says. “You are going to have the suffering regardless, but are you going to be available for the blessing? Because if you avoid the pain, you avoid the promise. Pain with sufficient time and sufficient love becomes wisdom, which is the gift you give to someone else.”

And this, in a nutshell, is the wisdom that Braestrup passes on: if you are lucky enough to deeply and truly love, and then you lose that love, love more, even in the face of loss. If your heart is breaking, let it break you open. Love more. Start today, with your spouse, your sister, your child, your colleague, or whomever else happens to be in your life. Try it. Now. Don’t wait.

But what if some people seem, say, unlovable? Or worse? Braestrup’s next and soon-to-be-published project tackles this dilemma by exploring the nature of good and evil at Abu Ghraib and the experiences of 120 reserve soldiers from Maine who were sent there in the aftermath of the revelation and containment of the atrocities. “We all think we saw what evil looked like at Abu Ghraib,” Braestrup explains, “so the question for me was: ‘What does love look like?’ I found out that it pretty much looks like the faces of 120 young men from Maine.”

I ask Braestrup what she would say to a younger version of herself, knowing now what she didn’t know then. She tries to come up with an age when she might have actually listened to such advice, rather than giving herself the upturned middle finger. Finally, she says, “I would say, and do say to my own children, that there is tremendous satisfaction and real actual happiness in a life of service. It’s pretty simple really. If you are having a bad day find someone who needs your help, your love, and give it. That’s the way out.”