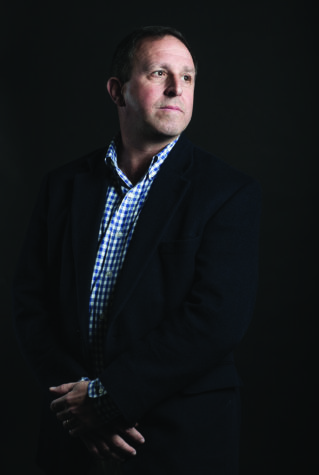 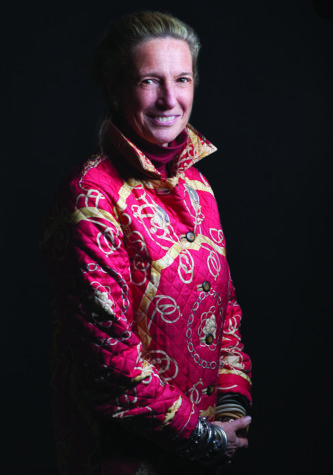 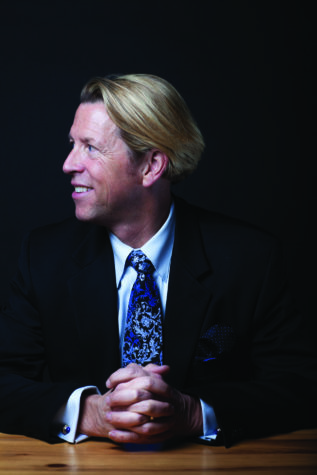 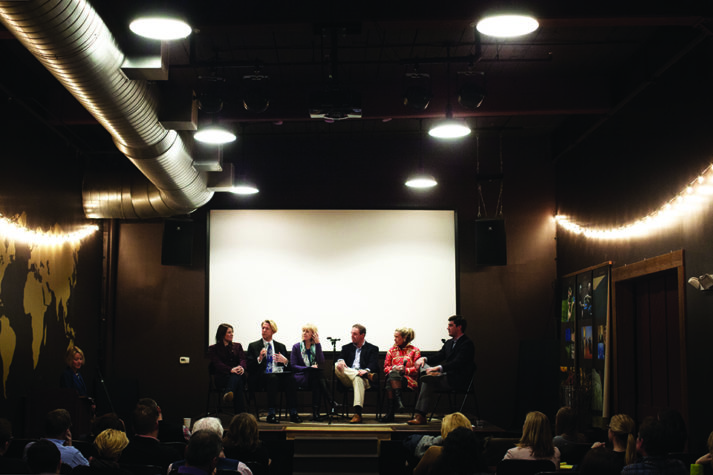 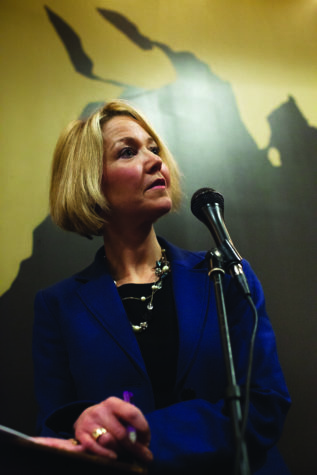 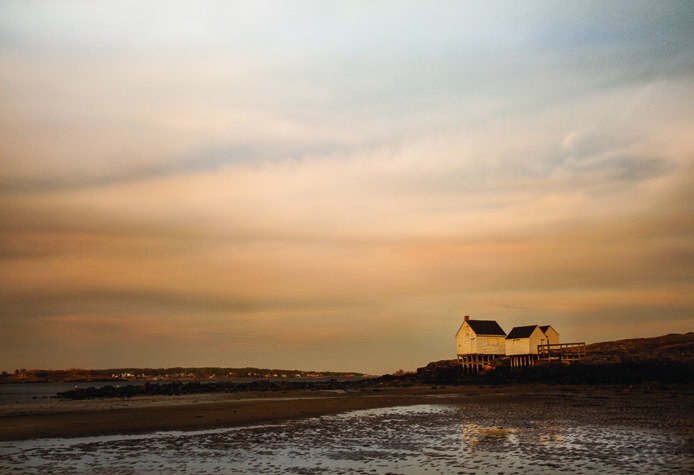 A house at low tide at Willard Beach in South Portland

There are many Maines. And there are many real estate markets: farm and city, coast and mountains, inland and island. But Maine is unvarying in regards to spirit, attitude, and a way of life that spurs so many to put down roots, seek shelter, and start anew.

Maine magazine gathered a panel of real estate experts from across the state at Frontier Cafe in Brunswick to explore this frontier— one that still boasts affordable homes, safe neighborhoods, and inimitable landscapes. From Mount Desert Island to the southern coast, the group converged to make sense of the past, spell out emerging market trends, pierce the veil of the future, and take the current pulse of real estate across the Pine Tree State.

The housing market collapse that leveled parts of the country in 2008 and 2009 largely bypassed Maine. It’s taken a long time for states such as Florida, Nevada, and California to rebound. Maine, however, did not deviate far from its course. “Many parts of the country saw a dip of 50 to 70 percent of the value of their homes, whereas in the state of Maine, in coastal Portland, we saw a 15 to 20 percent dip,” says John Hatcher, a real estate broker at Keller Williams Luxury Group. “So we really didn’t have the crisis that a lot of others had.”

The subprime mortgage mess was only partially felt here because “roughly 65 percent of all Maine homeowners have a mortgage,” says Hatcher. “Maine didn’t allow negative amortization loans, so we didn’t have the house of cards that tumbled.” Hatcher, who specializes in selling grand homes on Portland’s West End, says more than 60 percent
of Mainers own their homes, which is well above the national average. “People in Maine stay in their homes longer, in the northern part of the state especially. We have an older population that is less likely to move,” says Hatcher.

It’s a whole different scene in Portland, which has become a hotspot, turning up it seems every week on a new best- of list. Demand is high. Portland’s walkability and top-notch restaurants have created a new vigor that translates to more home sales. Although the city’s population has barely budged, more condos are being built to meet the appetite of incoming singletons and empty nesters leaving suburbia behind.

THIS IS A GOOD TIME TO BE IN REAL ESTATE IN MAINE.

“The vision and dream of Maine has actually gotten hotter,” says Christopher Lynch, owner of Legacy Properties Sotheby’s International Realty in Portland. “Portland is this foodie city and Maine is this great place. Even if people haven’t been here, they have a vision of what it is and want to come here. They know there’s something special when they come over the bridge or fly into Portland or Bangor.”

That significance is not something you can replicate just anywhere. As life becomes more impersonal and people more brusque, Maine’s “the way life should be” ethos is drawing new homeowners to cross the border into the last bastion of calm. “This world is getting crazier and crazier, and people are finding places to come where it’s safe, where you can still be a part of a community and people care,” says Heidi Maynard of Pack Maynard Real Estate in Kennebunk. Maynard, a Massachusetts native, summered in Maine when she was young and eventually moved here to raise
a family. Now some of her children have come back to do the same. Finding jobs was not easy, but “they wanted their children to grow up in a beautiful community like they did,” says Maynard. So they, like many “from away,” are making it work.

People such as Maynard, living the life they sell, are dynamic advocates for the area. She is bullish on the Bunks. “In the summertime I drive up Ocean Avenue and am still blown away—what a beautiful place to live. I think that where we live and the beauty of Maine is really something.”

WHO IS MOVING TO MAINE?

Entrepreneurial people, burning with ideas, see big opportunities for growth and development. What the state lacks in job growth it makes up for in DIY grit and drive. “Small businesses can really do well here, and people get tremendous support from the communities they’re in,” says Vicki Doudera of Camden Real Estate and author of Moving to Maine, a relocation guide for those seeking the good life. She is updating her book for a third time, but admits “things move slowly in Maine.” In certain areas time really does seem to stand still, which might be a good thing. “The reasons why people move to Maine have not changed in the past 15 years, and probably not for 50 years. People move here for the beautiful landscape, the safer streets, the affordable real estate, and for the people of Maine,” she says, which all adds up to “the elusive quality of life.”

That search for quality can center on an alluring second home in areas like Kennebunkport, a second act in parts of Portland, or Waldo County, where land is more plentiful and 20-acre plots are being purchased by young farmers looking for a more organic, healthier way of life. “The rise of farmers’ markets, farm-to- table restaurants, and the whole eat-local movement are all contributing,” says Doudera of the influx of young, eager farmers tilling land for crops.

In southern Maine a fair number of commuters to Massachusetts and New Hampshire are keeping the miracle of Maine alive. Portland attracts them first as visitors, then as buyers. They start by visiting on weekends and they keep coming back. “I had one client that actually spent 20 weeks in a row at the Portland Regency Hotel, and they finally said, ‘I’m spending all this money. Why don’t we buy a condo?’” says Hatcher. “The people that buy condos from Boston, New York, and Connecticut do so because it’s accessible, inexpensive to get here, and a great community to live in,” he says. “And it’s a hip thing to be in Portland now.”

The hip factor—deluxe cafes, craft breweries, and trendily dressed transplants from Brooklyn—adds big city urbanity in various pockets of the state. Beyond Portland, Rockland, Biddeford, and Brunswick have all welcomed these newcomers into the fold.

Even baby boomers, while not seeking hipster cred, want to be where the waves are breaking. Agents say there is a market for those willing to pay Portland prices. “They just want to have a simpler way of life. As their families have grown and the children have gone, they want to really live life again,” says Hatcher.

In many parts of Maine such vibrant culture is less appealing in the colder months. Lately on Mount Desert Island, seasonal homeowners have been positioning their cottages as more than summer retreats. “We’ve seen an upturn in people buying investment properties,” says Erica Brooks of Swan Agency Sotheby’s International Realty in Bar Harbor. “Some are there for vacation for 20 years, and think ‘wouldn’t it be nice to buy a small, fairly affordable property and then do a lot of weekly rentals with Airbnb?’” Towns like Camden discourage online room rentals, but Bar Harbor is embracing the service “because so many of the locals want to be able to rent their homes weekly as a source of income, because we do live in a tourism- based town,” says Brooks.

WHERE IS THE SMART MONEY GOING?

“It really depends on who wants to be smart,” says Lynch, adding that the answer is based on demographics. “Do I want to be smart because I want a job in Maine? Then you have to be in a job center. Do I want a summer home in Maine? Then you have to own a summer home.” And if that’s the case, drive up the coast and poke around. To Lynch, the area with “the best value, the best water frontage, the best properties on average is Bristol, South Bristol, and Damariscotta. It’s a tiny market, but it’s fantastic.”

Doudera is strong on Searsmont: “A small but funky town with a great little center and beautiful lake, and you’re still 15 to 20 minutes to the coast.” She encourages those looking for bargains to consider waterfront property that has been listed for more than a year by owners who need to sell.

“There have been relatively few high-end waterfront sales in the state, so if people really need to sell that type of property, a buyer can get a good deal.”

In Cumberland and York counties location, location, location is still the mantra. “Any town 15 minutes from Portland, long term, is going to be a very safe investment,” says Michael Banks of RE/MAX By The Bay. “We have buyers that want to buy and we have sellers that are pricing their houses appropriately, and then they’re actually selling,” says Banks. “To me that’s a healthy market, and that’s a nice normal market for us here in southern Maine.”

In Kennebunkport, “prices are still not where they were before, except for waterfront,” says Maynard, “but things are coming back, and it looks like it’s going to be a wonderful 2015.”